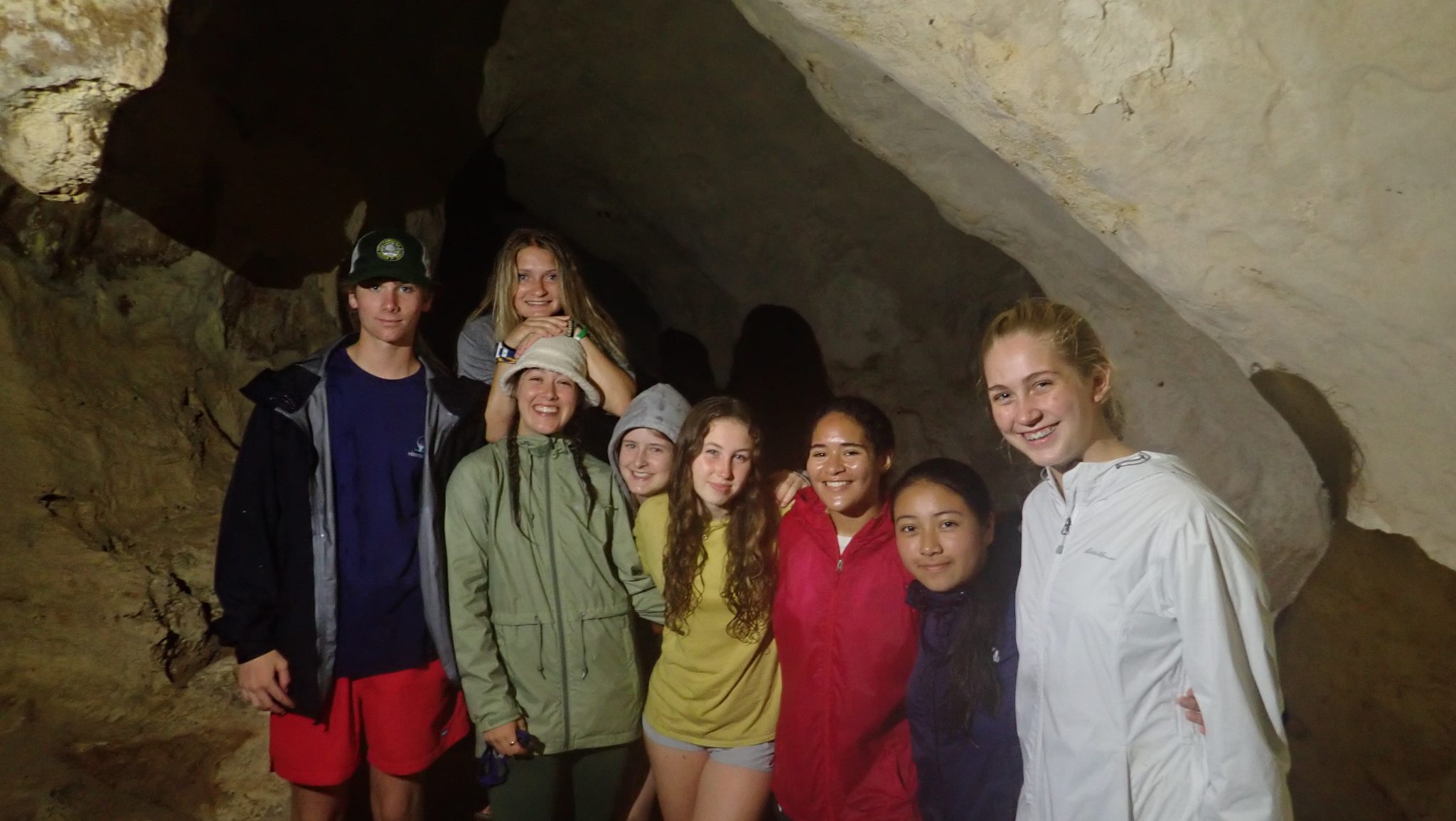 Run Swim: After a bright and early wake up at 6:30am, we set out to participate in the Island School’s notorious Run Swim – a series of running, swimming, and exercise. Starting at the boathouse, we ran out to the closest cut and proceeded to swim across. Then, we ran again to the next cut, which we also swam across. In between run and swims, we did a series of jumping jacks, pushups, and ab work. Finally, we jogged and swam our way over to the wall, climbing over it with everyone cheering each other on.

SERT (South Eleuthera Road Trip) Part I: In the midst of a downpour, the group loaded up into two vans and set off on a tour of the southern portion of the island. Our first destination was a secluded cave in the middle of a forest. Led by our guides Drew and Morgan, we briskly hiked a trail that brought us face-to-face with multiple large banana spiders before depositing us at the mouth of a dark cave. As we climbed down the ladder into the cavern of limestone lined with bat guano, Drew (a cave enthusiast/diver) gave the group an overview of how caves are formed. After walking through a room with the second-largest swarm of bats Drew had ever encountered, we explored multiple rooms with long tree roots spilling through the skylights on the ceiling. The whole group felt fortunate to have been able to explore a natural, untouched cave while escaping the storm above.

SERT Part II (and some unexpected events): After our cave exploration, we headed over to a platform by the ocean. Tucking in our knees to account for shallow water, we jumped off with the rain on our backs. After an exhilarating jump into the water, we enjoyed sandwich lunches in our vans, rain still pouring outside. Next, the vans pulled up near a massive blue hole, more than 200 feet deep. We learned before in a cave diving documentary about these blue holes, and their unique water composition. The blue hole we saw, Ocean Hole, had freshwater on the top and salt water on the bottom. On our way back to campus, the torrential downpour had begun to abate, and we could clearly see the very deep puddles through which the vans had to drive. When we were around 20 minutes from campus, we drove through a flooded area of the road right next to Conch Fest. Although the vans had a high clearance, Drew’s van (the first to attempt the drive) became waterlogged, Mr. Emerson hopped out to push the van through the shin-deep puddle. Drew’s group left the van by the side of the road to be picked up later and moved everything to Morgan’s van. In the middle of driving through a massive puddle, we ran over an unexpected bump on an otherwise flat highway. After a few brief laughs of confusion, the people sitting in the back seats informed the group that the van’s bumper had just fallen off. Thinking it was the back fender, Morgan pulled over and Drew hopped out of to check the back of the car; however, the entire front bumper (license plate and all) had fallen off into the puddle. Drew ran back to grab the bumper, and the whole van couldn’t stop laughing on the way back to campus.

Sheryl’s Restaurant: Our last adventure on this trip was going to a local restaurant called Sheryl’s restaurant for dinner. The table cloth and family style dinner was a nice change of pace from the outside dining at the Island School and reminded us of Deerfield sit down dinners. We had delicious local foods in addition to some comfort foods including fried chicken, mac and cheese, rice and beans, and Bahamas juice punch. We all sat at one long table with Morgan while we played games, talked, and had a lot of laughter. This dinner allowed us to once again try some new food while being a nice end to our trip since we were able to reflect on our time in the Bahamas and talk about our plans for the summer ahead. The food was fresh, hot, and excellent. At the end of the meal we all packed back into the van missing a bumper to head back to the Island School and prepare to fly home. 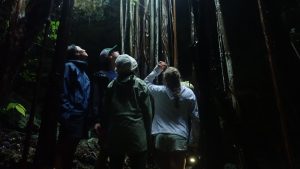 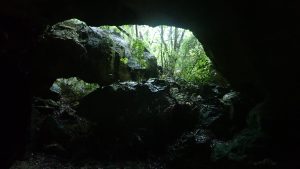 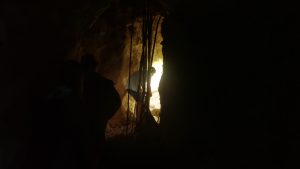 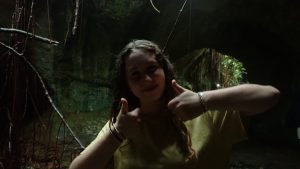 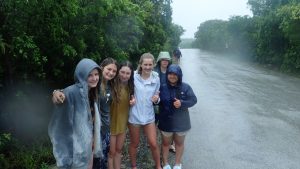 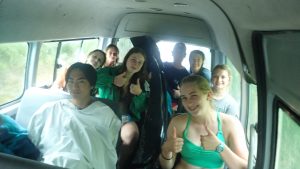 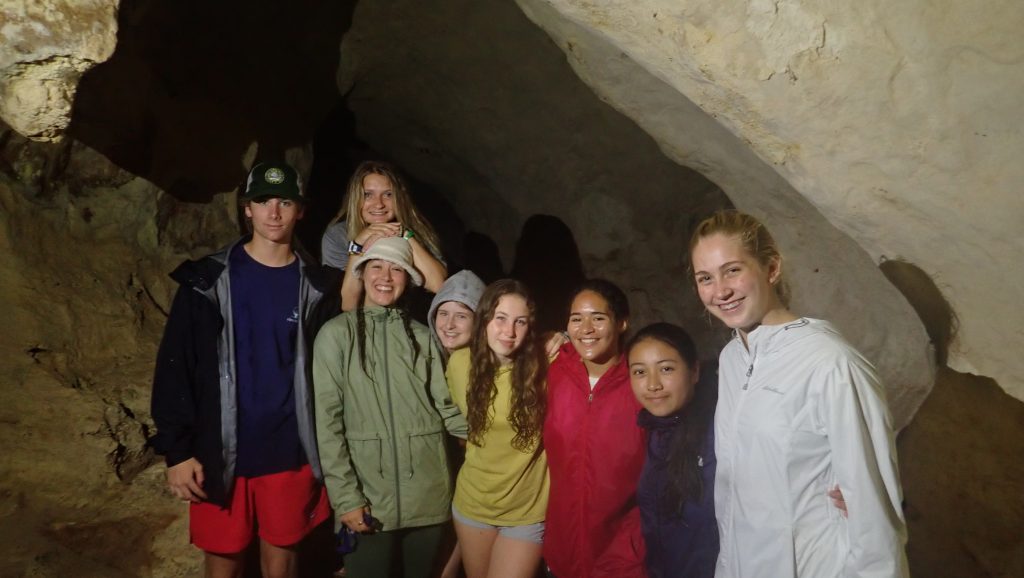