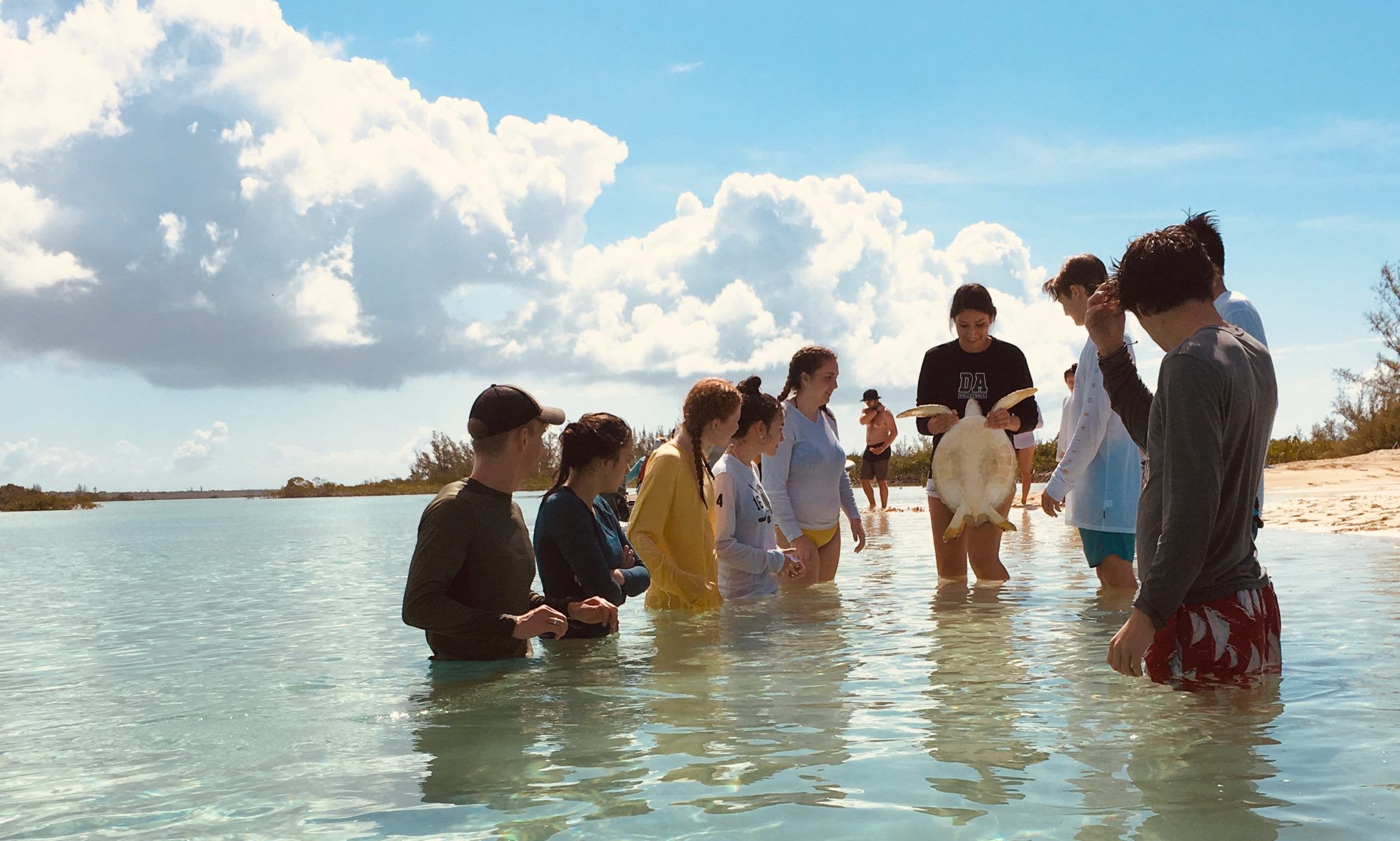 Even though it is only day two at the Island School, we have already done so many fun and exciting activities that I never thought I would have the opportunity to do, and today is no exception. After a great breakfast of orange slices, pancakes and bacon, we all made our way to the boat house for our activity of the day… turtle research! We all got our fins, snorkels and life vests and then divided onto two boats, Mac Daddy and Mary Alice.

The boat ride was gorgeous; the water was an unbelievable turquoise blue and the sun was shining right down on us. After about 20 minutes we arrived at our destination, a mangrove creek where we would find the Green sea turtles. We anchored our boats out in the deeper water and snorkeled to the beach just outside of the mangrove creek. From there we went in groups of three onto a smaller boat, where we would actually catch the sea turtles.

It took about 20 minutes to catch each turtle, and they were surprisingly fast! We would chase them until they were tired out, then one of us would jump in and catch it. Once it was caught we would bring it back to shore to be measured and tagged, which was difficult at times because they would squirm around like crazy and slap us with their flippers! They were extremely cute as well! Then of course the final part was to release them back into the wild where they belong.

Although we all got some sunburns, even though we were all told to reapply our sunscreen multiple times, it was an amazing experience and I know none of us will forget it! Now it’s time to take a nap!

I’ve been waiting for this activity ever since they announced it at our second Bahamas meeting back at Deerfield: turtle research. I absolutely adore turtles; from their adorable beak to their beautiful shells, what’s not to like about them? The day started off with a big breakfast consisting of pancakes, bacon, orange slices, and an existential crisis/debate with Andy Kim on whether or not cereal has to be eaten with milk (I don’t think it has to).

After that, we gathered our things and headed to the boat house to set off and catch some turtles. The boat ride to our first location, Mangrove Creek, was smooth and the weather was a nice change from the New England cold. I was part of the first group to start the turtle hunt. I, along with two other students, hopped onto a smaller boat and started our search. The instructions were simple: find a turtle, chase it with the boat, tire it out, swim up to it, grab it. Once our turtle was spotted, the captain began to chase her. The boat took sharp turns and sailed at full speed–– we called this a ‘turtle rodeo’.

After two attempts to catch the turtle, it was my turn to dive in. Once the captain yelled “GO!” I sprinted towards the turtle and grabbed her underneath her front fins. She sat, belly up, in my lap on the way back to the beach with her head cocked back as if she were dying (which she wasn’t) –– so dramatic. Once we were at the beach, we took photos of her and her measurements; I also decided to name her even though she was already tagged. After narrowing it down to two names, I chose to name her Moana (the other option would’ve been ‘dog’). Once Moana’s measurements had been taken, we released her back into the ocean and started the search again.

In total, we caught eight turtles… and we saw a huge stingray. I had never touched (let alone, held) a turtle until today. Even though we got some scratches from the turtles who put up a fight, turtle research was an amazing experience which I will forever remember. 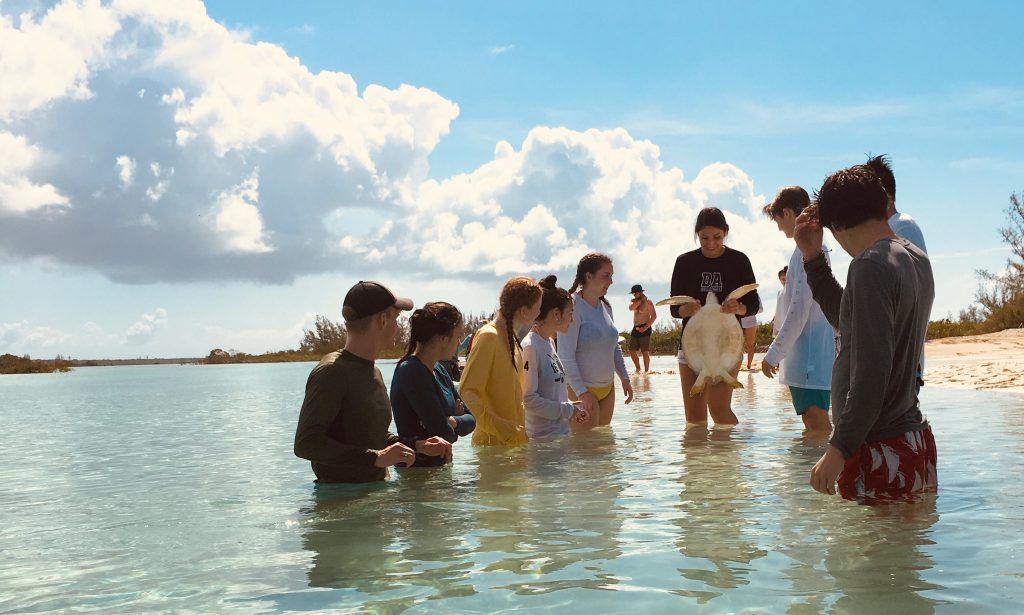