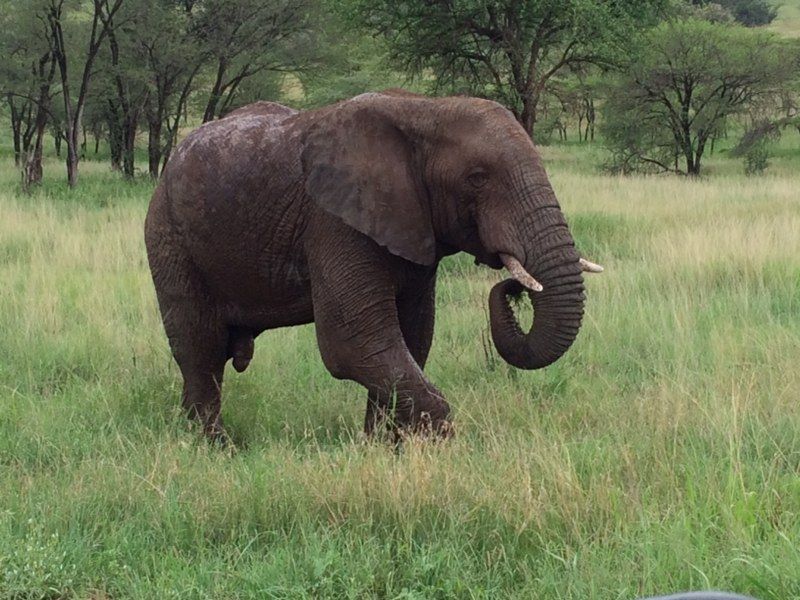 Samara Cummings (’20) and Saadyha Bahudodda (’20) share stories and reflections from their safari, including some contrasts they feel. 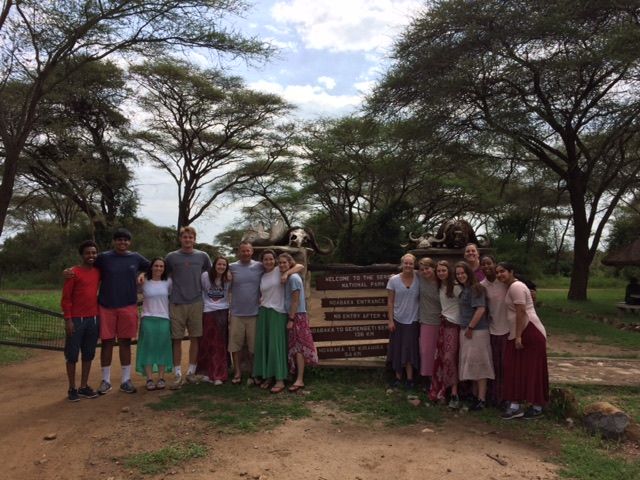 I watched the endless grass plains and lone trees zip past me through the mud-speckled window of the safari Jeep. The cool wind seeped through the open roof and gently brushed my face. The Jeep shook as it roared down the rugged trail of the Serengeti. The combination of witnessing elephants and giraffes only yards away on the preceding morning, eating a full lunch, and being cradled by the shaking of the Jeep made me doze off.

Suddenly, everything came to a halt. When I opened my eyes, I saw four other Jeeps lined up on the path in front of us. Tourists and my peers peaked their heads out of the roof of their Serengeti cars. They quietly stared into binoculars and viewfinders of their cameras, entirely engaged in the wildlife event taking place right in front of them. I grabbed my camera to look through the viewfinder, and I saw many small lions huddled together in the tall grass. I couldn’t see exactly what they were doing, so I grabbed the binoculars. I noticed that the female lions were not just huddled together for comfort, but they were gathered because they were eating something. When I zoomed in even more, I saw the lions munching on what I assumed was an impala. I stared in awe as I witnessed the peaceful lions eat a midafternoon snack.

Although there is a sense of impeding on the animal’s home when we are riding on trails that disturb the endless grass plains, seeing an animal in the Serengeti is different from seeing the same animal in the zoo. In captivity, a lion must stand in a glass box and pose for the peering eyes of visitors and cameras. It must be docile and subservient to humans’ need to see “wildlife”. However, these lions did as they pleased without man playing a significant role in how they interacted with each other and with nature. They ate together and rolled around on the grass, indifferent to the five silent Jeeps. This was the first time that my presence and the presence of others did not matter, and I could just observe in the wild.

The car rapidly bobbled down the dirt path in the midst of lush greenery. The roaring engine came to a stop. We all peeked our heads out of the car, excited for a peek at whatever creature we had stopped for. The distinct black and white stripes were all I could see over the tops of everyone’s heads. As I stood on my tip toes on the seats, I strained to see the full body. Finally, I could see the zebra. He stood in the middle of the road, his body frozen and his eyes not blinking.

It was silent except for the whirring of cameras. Camera flashes blinded the animal, as everyone continued to ogle it. The zebra took a step back, eyes still focused on our safari car. He stayed still for one more moment, then sprinted away. He was terrified, not knowing what the strange object and creatures in his way were.

The word “serengeti” means endless plains. It is the home to many wild animals, and yet humans have made it part of their own, building hotels and cutting dirt roads across the land. Throughout the safari, one of the main things I noticed was how it felt so much like a tourist attraction. Every other car we passed was filled with Americans and Europeans. I cannot recall seeing even one other Tanzanian, except for the safari guides and drivers. We tourists were all there for the same purpose – entertainment.

I cannot say that I did not have fun on the safari. Rushing down the dirt paths searching for cheetahs, and standing up with my hair blowing in the warm breeze was unlike anything I have ever experienced. But I could not help but feel guilty that I was enjoying seeing and photographing the animals, while many of our subjects were terrified of the strange intruders. And I could not help but feel guilty that there were so many girls at JBFC who had never even seen some of the animals, even though they have lived here their whole lives (just two hours from the park). Going on the safari was a crazy, fun experience, but it was also another chance to reflect on how it is also an unfair experience – to both the animals and native Tanzanians– as seemingly only available to the financially privileged outsiders. 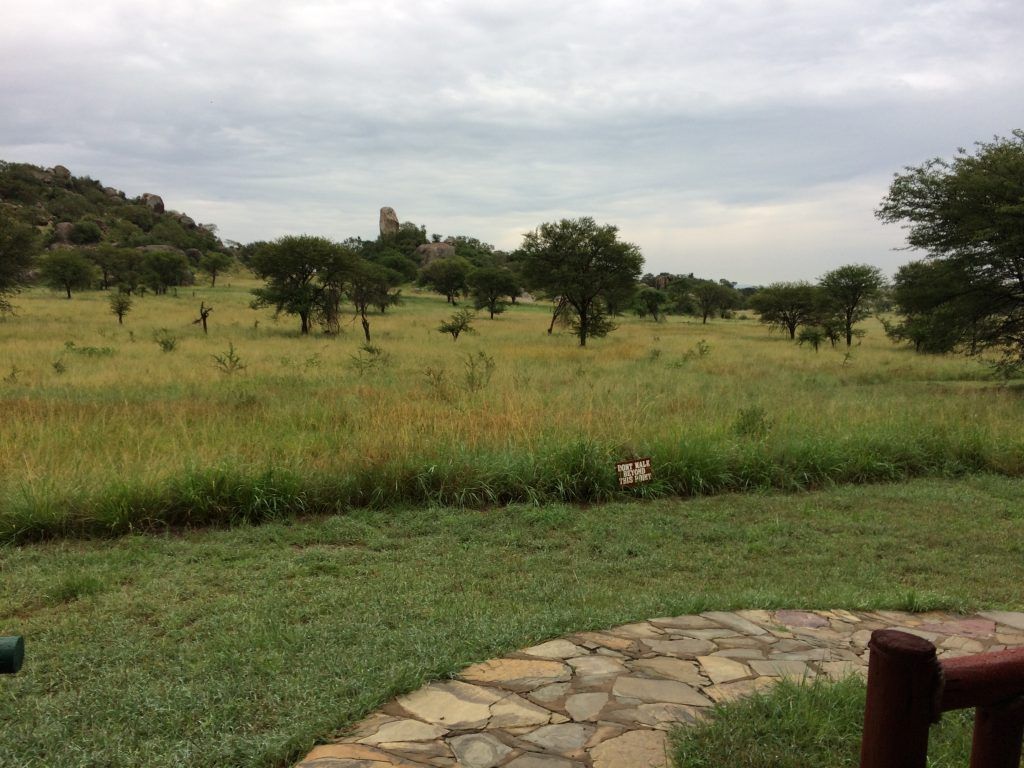