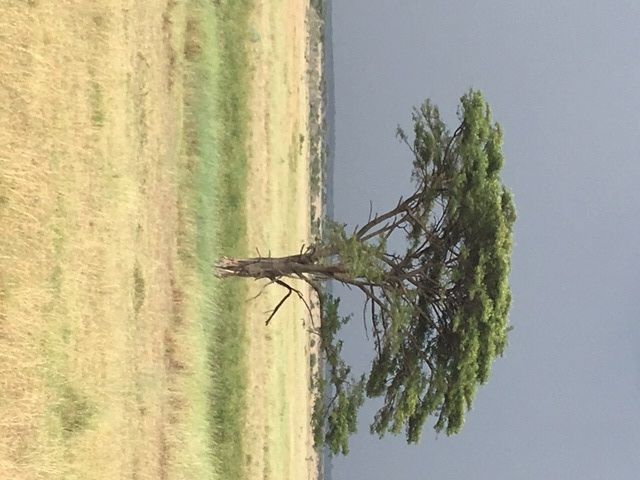 Nathan Hu ’19 describes an exciting first day in The Serengeti.

We started our morning a little earlier than usual today. In order to get out to the Serengeti early, we left the Main Springs campus just after 7 am and had to wake up at 6:15 am. While many of us were groggy in the foggy morning air, we had the pleasure of watching a mirage of reds, oranges, and yellows skip off the tranquil water of Lake Victoria. The sunrise was the perfect way to start what would be one of the most interesting days of the trip so far. Edward, George, and Jesse, our drivers, picked us up in three dark green safari cars with expandable roofs and plenty of windows to take photos; we were ready to safari.

Most slept as our three safari cars trekked to the Serengeti through a variety of towns and villages lining the roads. We were able to see a number of different types of farms including sugar cane, rice, and corn, none of which were maintained through permaculture, as well as people bringing their crops to sell on bikes, motorcycles, and their own backs. We also observed the making of charcoal through the billowing towers of smoke rising from either side of the paved highway. 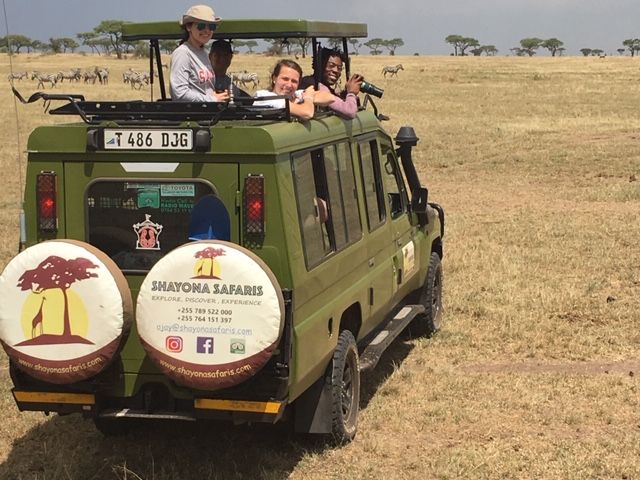 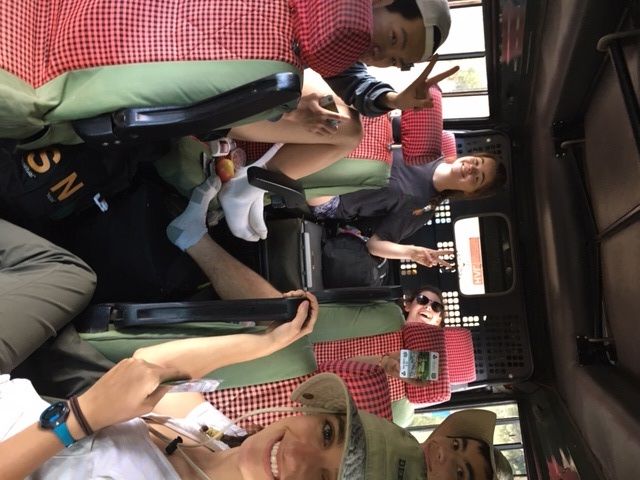 Before even officially entering the Serengeti, we spotted our first animals of the day. A flock of baboons squatted in the trees while we watched and waited for our drivers to complete our papers before entering the Serengeti. Their hairy figures and bare bottoms were the first beasts to draw our cameras from their pouches, but they would most certainly not be the last.

Herds of zebras, wildebeests, and different types of antelopes began to fill up our SD cards as we journeyed through winding trails lined with grasses, trees, and bushes that all worked to hide the animals we sought to discover. After chasing some stray zebras back towards their herd, our driver, Edward, took a sharp left and yelled at us to be quiet. A short bout of shushing followed before Edward pointed toward a poignant red pigment hiding beneath a thick of trees. Driving at a snail’s pace compared to our previous speed, black and white stripes started to outline the dark red in the undergrowth. A leg. Then another. Then a bloody face turned and looked at us, rising from its content position of licking the innards of a zebra. We found our first lion of the day. The female had just killed one of the zebras from the herd we had just chased after. Shortly following Edward’s sighting, we discovered the rest of the pride with two more zebra bodies. Three male and two more female lions dove into the chops right before our eyes. To make the picture even better, four crocodiles limbered out of a nearby river to bask in the sun, not more than one hundred feet away from the lions and us.

The day finished with giraffes sticking out their grape colored tongues at us, warthogs squealing and running in small groups away from the clanking of our car, monkeys climbing trees to make eye contact with us, massive hippos bobbing in the receding water, and all shapes, sizes, and colors of birds flippantly fluttering in and out of cover around us.

The safari was a part of this trip that I had been looking forward to for a long time. So many species I had never imagined seeing would appear before my eyes in their natural habitat of the Serengeti. There were definitely aspects of the land I did not expect such as the dense tree and shrub cover, but overall everything met and exceeded any expectations I had. The tranquility of driving 50 km/h in a bouncing Toyota truck while on the lookout for animals seems ironic, but being able to reflect on everything we have done so far as well as the natural beauty of Tanzania was truly an enlightening experience. 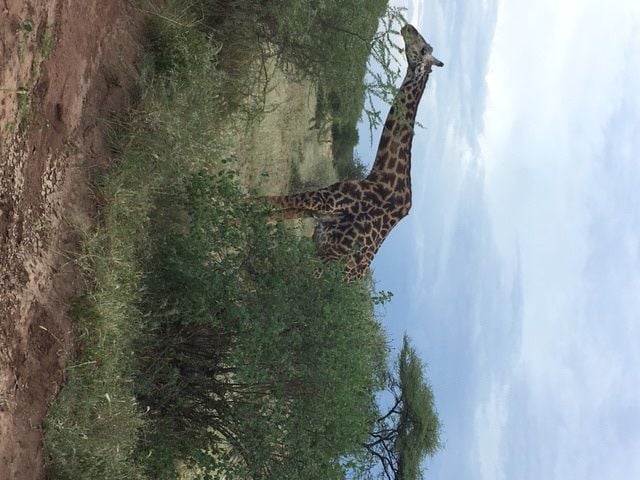