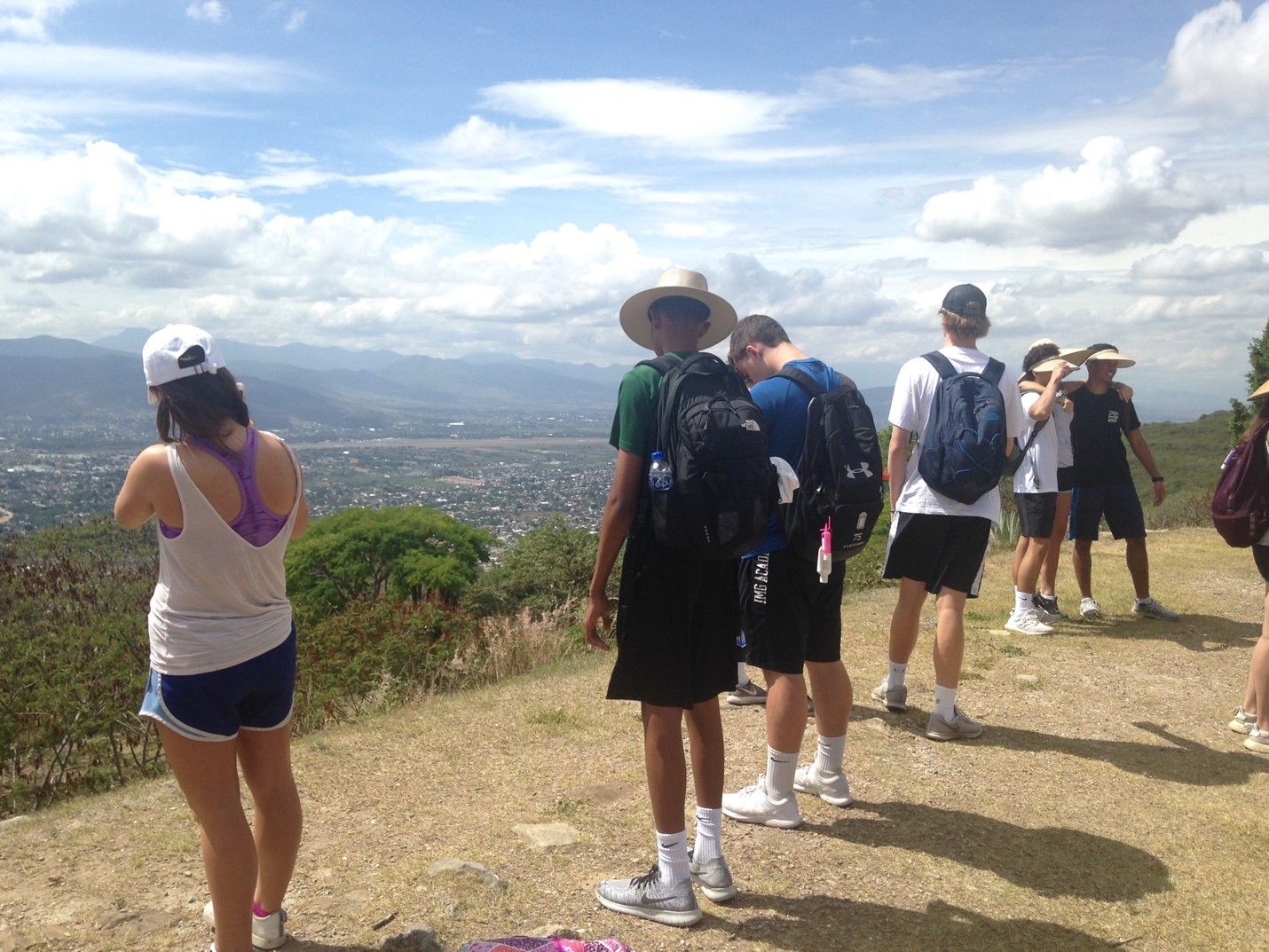 Grace Mazur ’20 shares highlights of the groups visit to the Monte Albán Pyramids and Alebrijes town.

The road was steep and bumpy. It climbed up into the mountains with sharp curves, giving us the exciting sense that we were going somewhere extraordinary. Arriving in the parking lot of the pre-Columbian archeological site of Monte Albán, I felt a wave of familiarity wash over me. The drive up the tortuous roads deposited us at a large stone building, and to me, it was reminiscent of an American National Park visitor center. I instantly felt at ease there, and nostalgic for all of the memories shared on family vacations in similar places. Our tour guide, Ivan, guided us up the path and beneath the shade of a sprawling pochote tree. Here, we talked about the changes the land had witnessed. This place was initially inhabited by the Zapotec people centuries before the Spaniards arrived and had, at one point, been home to 30,000 people. Throughout 200 years (about six generations of people), the structures of this civilization were constructed. Ivan noted that this was done without the help of horses, cows, or any animal brought by Europeans. As Ivan put it, “There were people, and a lot of rocks,” and thereby the pyramids we were about to see were constructed.

It is hard to appreciate the fact that it was made entirely by human hands without standing beneath the pyramids. Beneath the tree, I nodded interestedly when Ivan mentioned that they were constructed in this way. It was not until we stood surrounded by the remnants of these pyramids that this statement carried meaning to me. I stood, imagining the pyramids as much larger and grander than their already-massive size and state. I simply could not imagine an undertaking like this, nor the urgency and importance this project carried as it was continued by human hands for two centuries, throughout six generations. I marveled at the thought of all of the people whose stories were a part of this place. And despite my notions upon arrival, I realized I had never been to a place like it. I had never seen anything as human and as old. It was completely new. 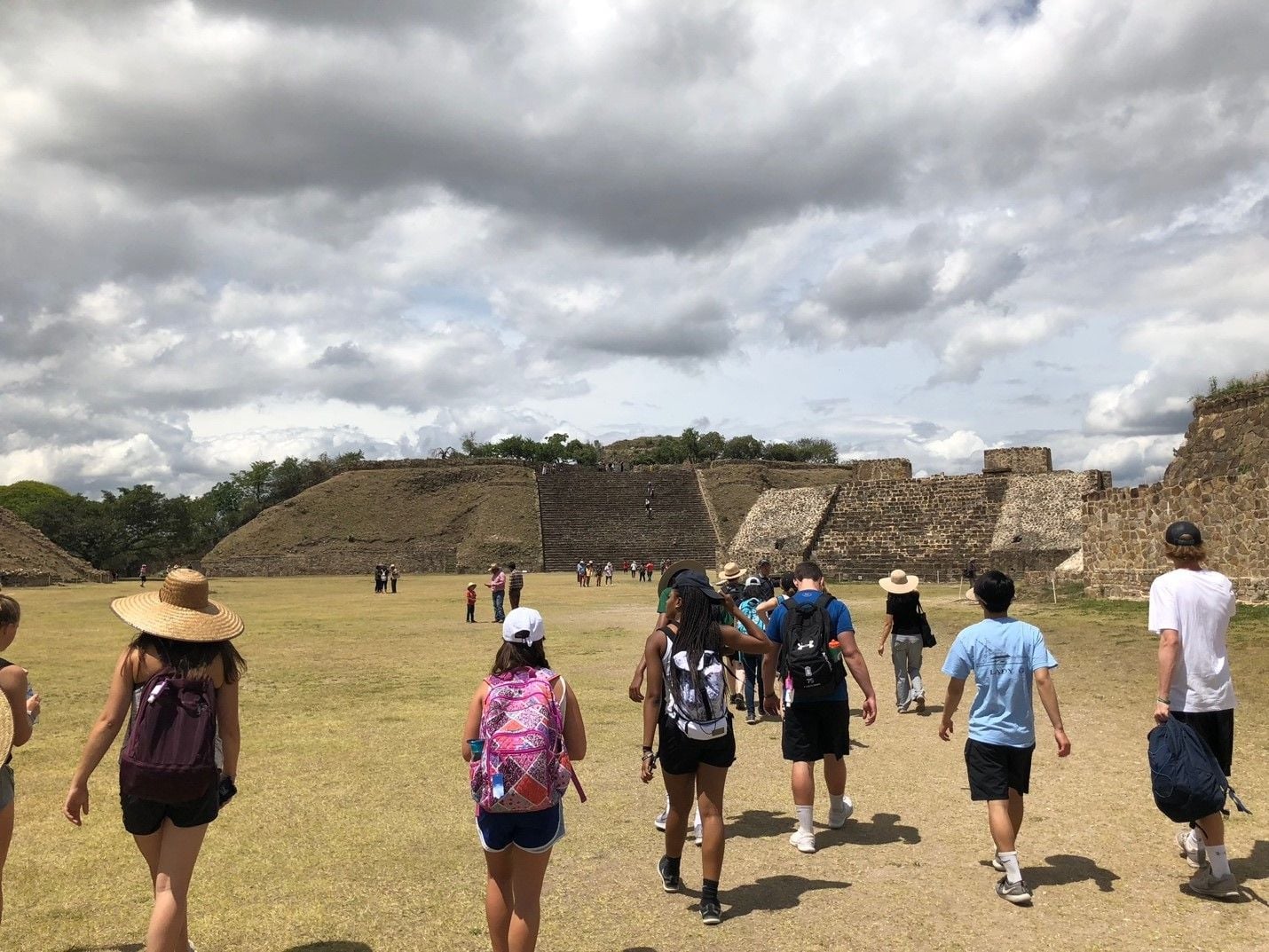 The views at each place were incredible, showcasing both the enduring beauty of the Oaxacan landscape and the erratic vitality of the city nestled in its hills. We scaled several steep stairs to be able to see more of these two “cities,” one left in ruins and one bustling with people. Both places were very much alive to me, both carrying the vivacity that I have experienced every day in Oaxaca. The sense of life is echoed in the colors of the houses that are so different from the drab New England pallete, in the smiles of each person as you pass each other in the street. It is apparent in the genuine concern the people here show when you stop to ask them for directions, and in the unceasing hospitality of our host families. I thought of each person who had walked the ground beneath me, whether as an inhabitant of this place, archaeologist, or visitor like me. My time here, I realized, contributes to this city’s story.

After visiting the ruins, we took the van down the mountain and into a small town. We arrived at a colorful house, which was home to many alebrijes—brightly-painted wooden sculptures of animals. The family living here generously showed us around their museum and prepared us a lunch of tlayudas, which we thoroughly enjoyed before sitting down to paint our own alebrijes. As we struggled to form perfectly round dots or perfectly straight lines on the small wooden animals, a member of the family read a picture book aloud to us. Based on the life of his father, it told the story of the alebrijes as dreamed animals coming alive. As a group, we sat painting, doing our best, and let the words wash over us, gaining an appreciation for the complexity and deliberation of this cultural tradition. 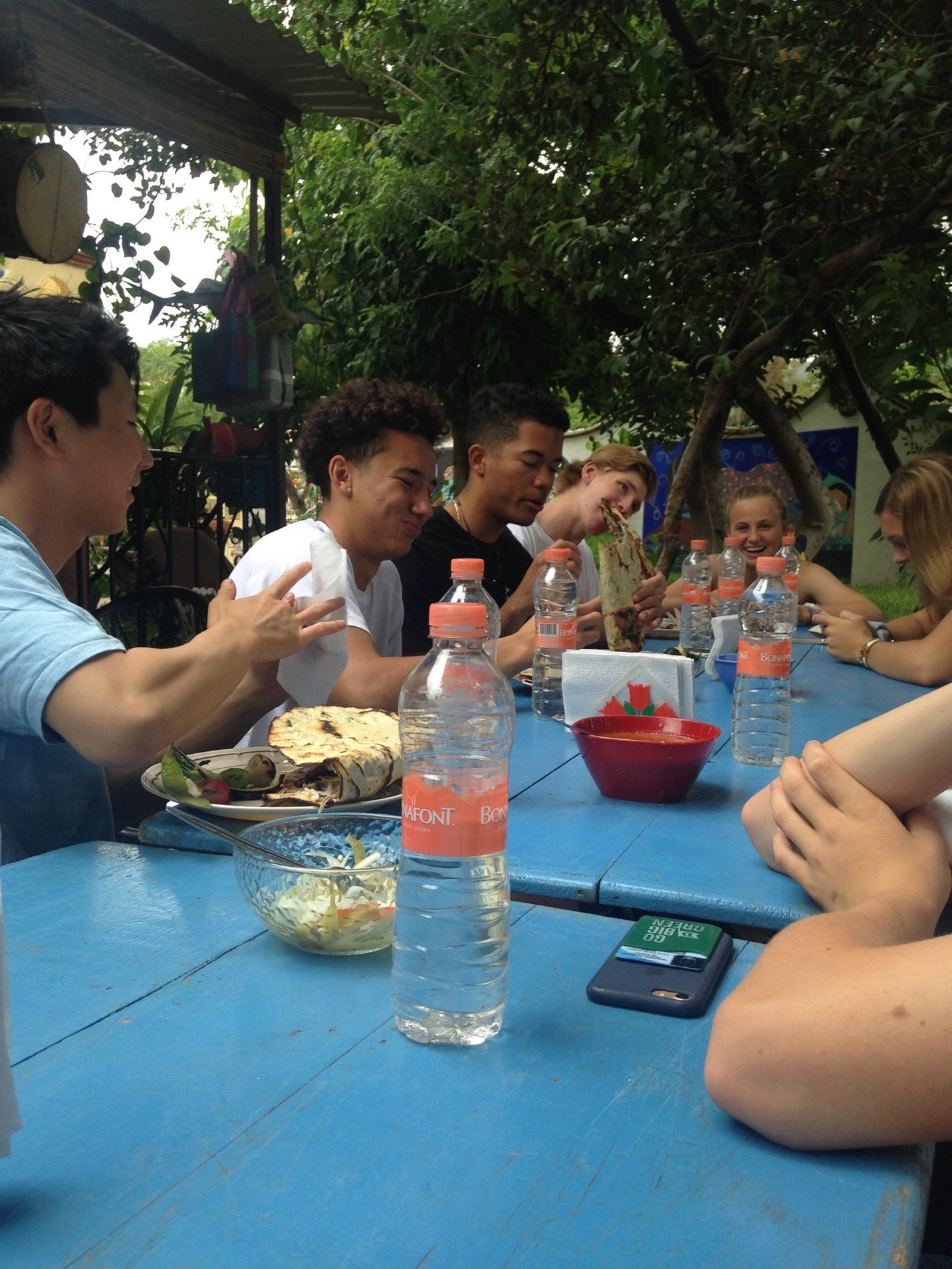 Today, our trip leader mentioned that we had been here for a whole week. In awe, I realized that it feels like it has been much longer. Just a few days ago, I was so nervous about meeting my host family. The first meals with our host mother were filled with silence interrupted with the occasional apprehensive question asked in tentative Spanish, answered in eloquent Spanish, and received with a nod of two heads and a “sí.” And though in retrospect this time seems very far away, the week has flown by. As Molly said during our most recent dinner with our host mom, “Los días son largos, pero las semanas son cortas.” Our mealtime discussions with our host mom have become more relaxed as we have gotten to know each other. We have discussed our dogs and we have discussed the changing of gender roles. During our most recent dinner, we attempted to name the eight types of aguas frescas we have enjoyed together this week. This week has passed so quickly, but I am trying to live in the moment—appreciating the vivacity that surrounds Oaxaca, connecting with the people here, and slowly, adding my own contributions to this beautiful city. 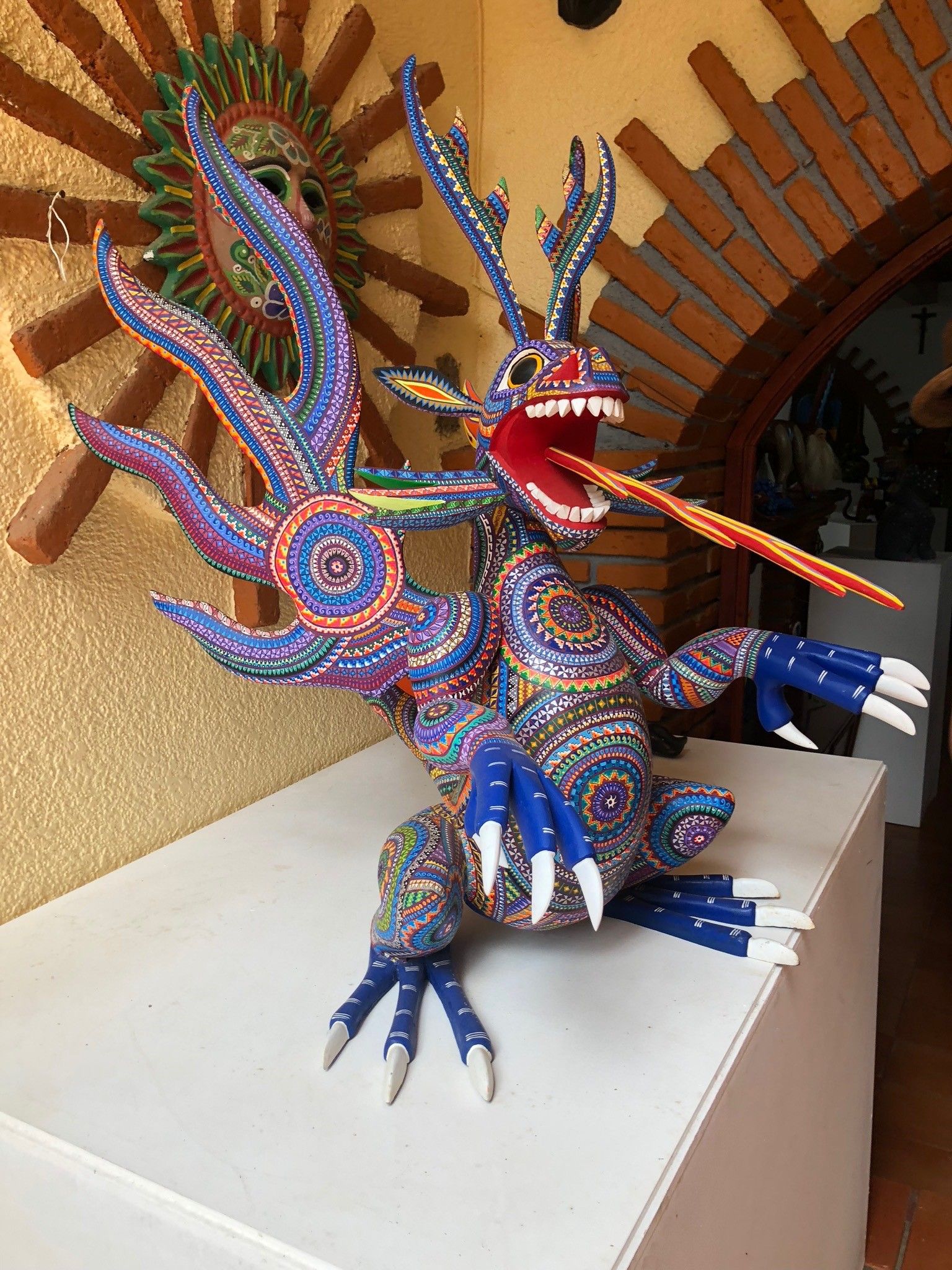 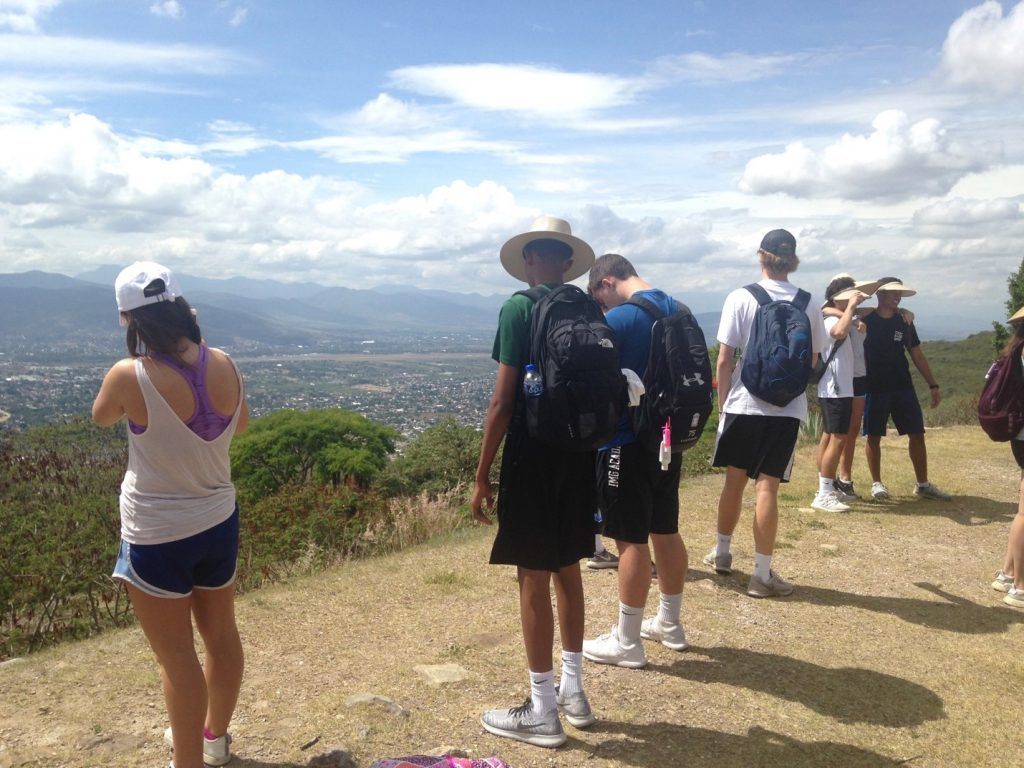