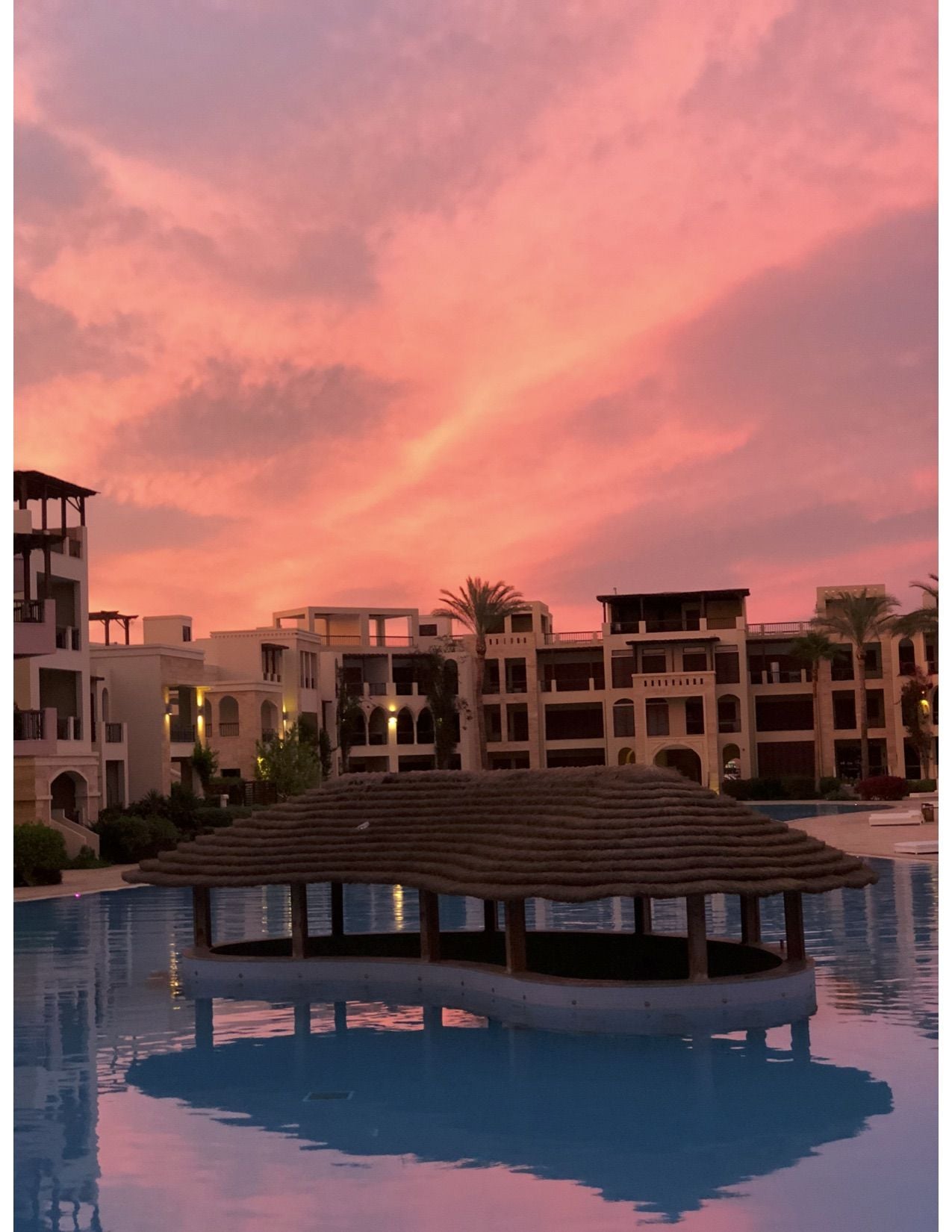 Michael Shalaby (’20) shares his experience in Aqaba with reflections of the impact of his time in Jordan. 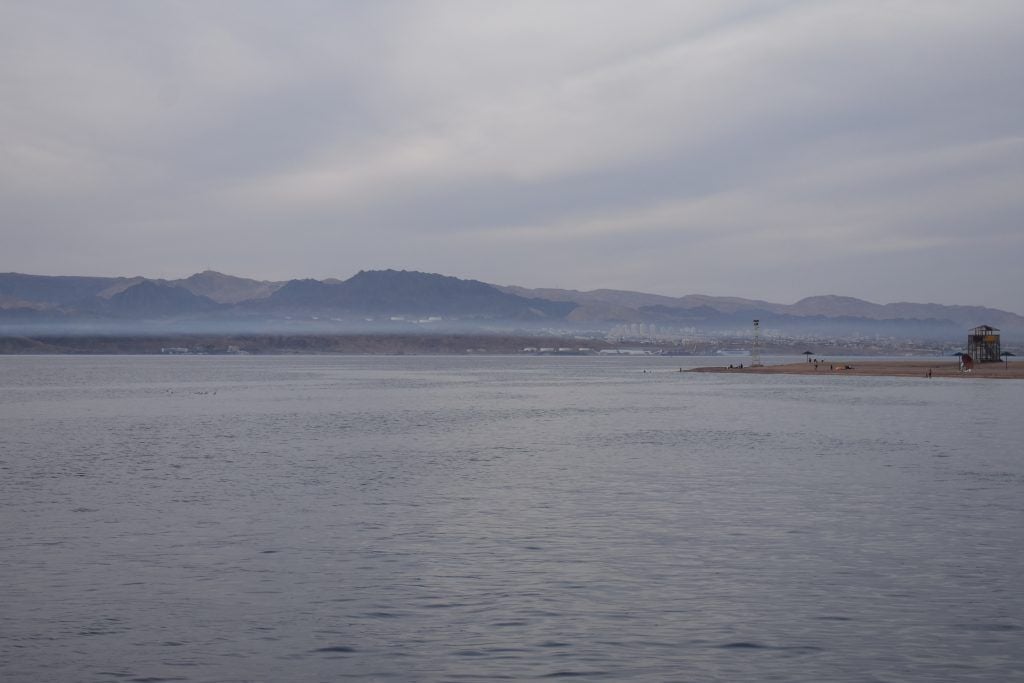 I wake up on the bus, midway through a series of hills to look on my right and find the Red Sea (البحرالأحم) I look around to see some biscuits being shared on the bus, and as I eat the biscuit I take a minute to myself to think, “Wow. We’re in Jordan.” This simple sentence was about to put our whole journey into perspective. We arrive at the apartment building in Aqaba where we will stay for one night. Inside, we are welcomed by several men who reveal a beautiful apartment with a view to a pool lit by bright lights and a huge patio. We turn another corner and see a kitchen.  When we open the fridge door we see it stockpiled with our favorite American soft drinks, but in new stylish cans with Arabic letters transliterating the names (Pepsi -> بيبسي). As everyone settles into their rooms we realize there are enough rooms for each of us to have our own.

When settled, we depart to the marina. We arrive and we see a large wooden boat decorated with blue lining and a crew of staff waiting to welcome us onboard. We all instantly were welcomed by the crew in Arabic and we all took a minute to soak in the experience that was happening. As we went out into the sea, we were served tea and coffee.  With food cooking on a grill next to us, we took photographs, and enjoyed the sights.  The aroma doesn’t lie – shortly thereafter, we were told that the “buffet” was ready – but was that the understatement of the century! As we walk down into the boat we’re greeted by salad, hummus, baba ghanoush, tabbouleh, beef, chicken, shrimp, fish, lamb shanks, filets of steak, and my favorite, which my dad cooks at home regularly: Koftah (A cooked sausage made of ground lamb), which I will admit was a little better than my dad’s (Sorry, dad!). After eating we take a minute to relax and enjoy the view, and we start the traditional Jordanian dance: Dabkeh. I instantly hopped up, and being the expert that I am after doing the dance in the Wadi Rum desert the night before, start breaking out my moves, laughing and smiling. They bring out fresh fruit and Baklava for us to feast on after our dance.

We all sit down in a circle with some of the group members and start conversing.  Some of the Arabic students on the trip try to ask questions and understand their responses. We offer English answers, because they are also trying to learn English. After we play a game: a memorization game. We each hypothetically say something that we would bring back to the United States and when it’s our turn we have to say what everyone else in front of us is bringing. We ended up going around the group two times and it ended up like this: Labne, Hummus, Scarf, Rock, Dagger, Soil, Miniature Camel, Music, New Pants, King’s Sweatshirt, Zahter, Pomegranate, Baklava, Wadi Rum, a Painting, a Large Camel, Dance, Hard boiled eggs, Understanding, Misunderstanding, Friendship, A Slight Sunburn, the King’s Boat, and Fruit. (I remembered MOST of the list, and had some help from a few friends.). As we conclude the game, the crew brings down the ladder on the side of the boat.  Those of us who are daring enough jump and make a splash into the Red Sea. As I stand ready to jump, I think to myself, “ I better make this count,” and I do my biggest jump, getting into a cannonball position, and splash the other group members in the water looking up at me. 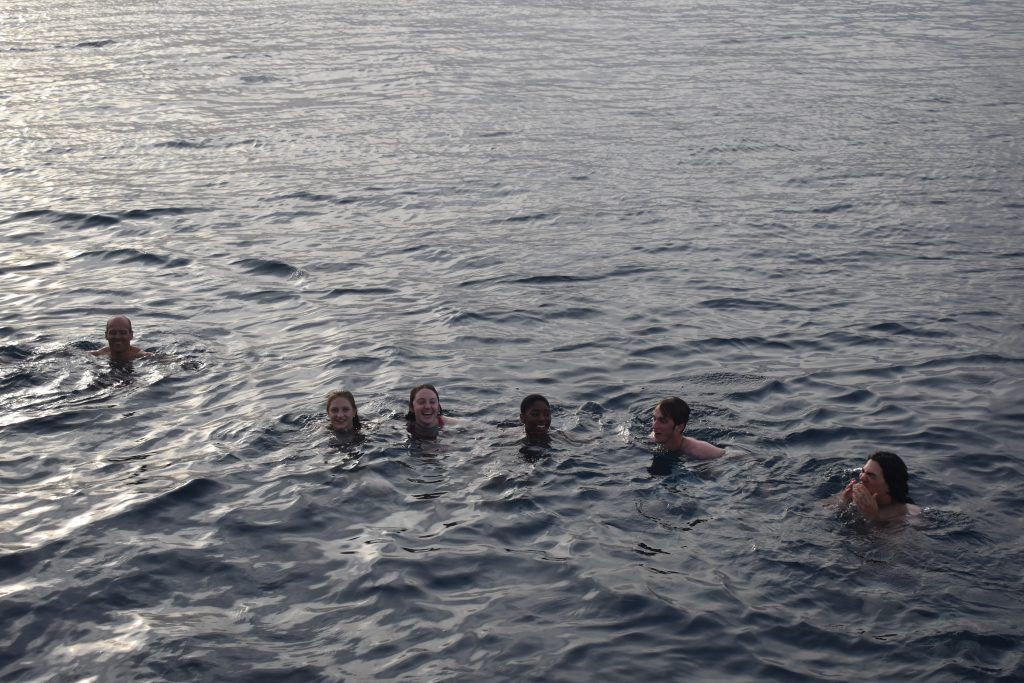 When I come up out of the water I’m greeted by smiling faces and thumbs up from the crew members overlooking, as well as a mouth full of salty water. As we jump for a second time we come aboard and dry off. I look to the west and we’re told it’s Egypt. With my dad being from Egypt, it was surreal to see what would be my “second motherland”.

After we get on land and freshen up, we head out to go shop in the city. I had a mission: Get two prayer rugs. I go asking in Arabic about prayer rugs, and I finally go to the one small shop in the city where they had them. I barter in Arabic, going down from 10 dinars to 8 dinars for both and head on my way. On the way back we see a shop selling herbs and nuts.  We were flabbergasted at the amazingly low prices. As I help carry the bags we stop by another store, again I get to practice my Arabic on the store shop and buy some Mango Nectar, my favorite drink during Ramadan. As we head back on the bus, we all talk amongst ourselves heading back to the apartment. As we all settle in I sit next to my guitar, and consider this final thought: “Life is good”. 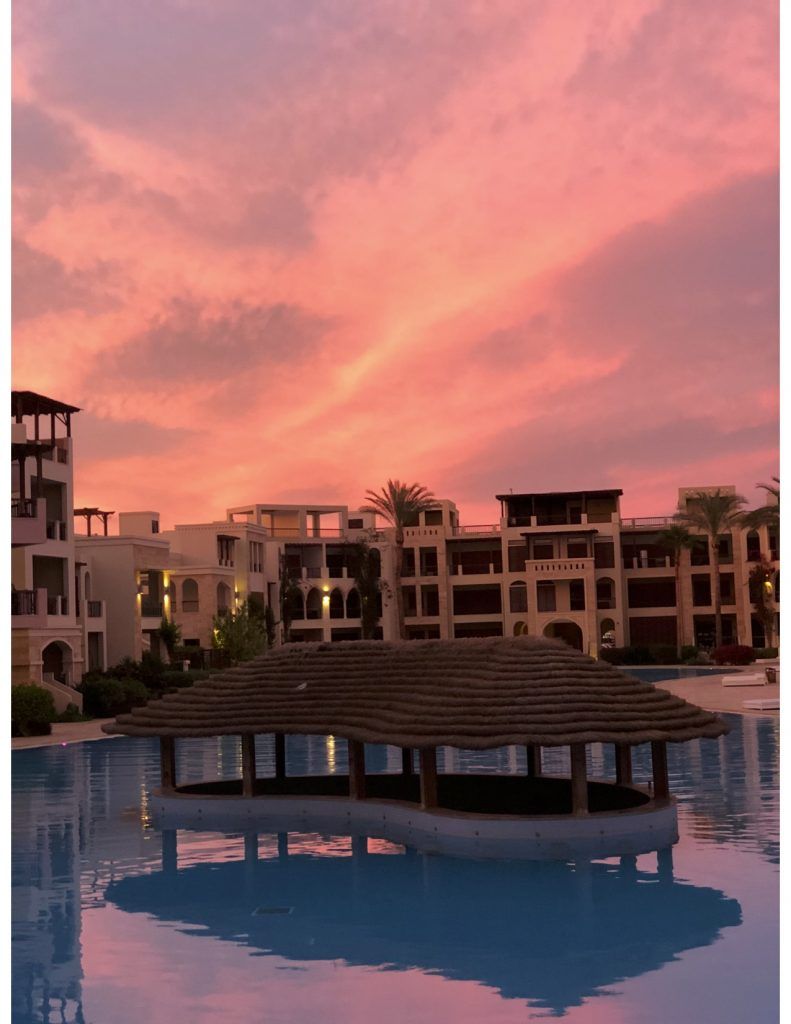