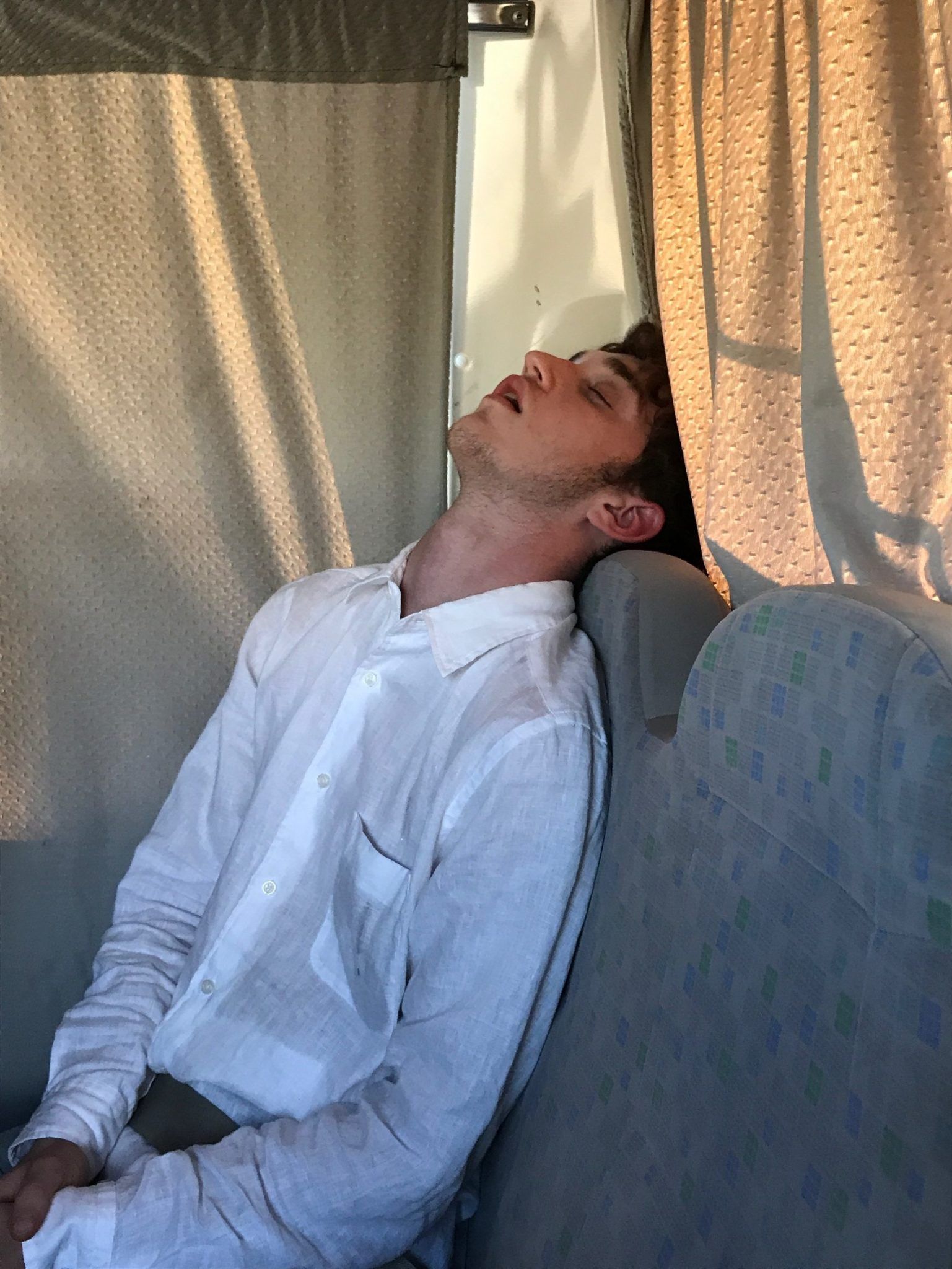 Greg Berces ’19 describes “a sense of both spirituality and place.”

I lay twisting and turning in my bed amidst the dilemma of checking my phone for whether I had set an alarm or not. (Un)fortunately my quandary was resolved by a mix of jet lagged adrenaline rush and the sing-song recitations of the dawn muezzin – the Muslim call to prayer – sounding off in the distance. Kicked out of bed by the unorthodox reveille, I proceeded to take my customary morning run before joining the rest of the group at breakfast.

The order of the day would be a trip to the city of Jerash, one of the best preserved Greco-Roman settlements thanks to a long-standing curse that scared off all but the nosiest archeologists. Along the way our guide regaled us with the historical background of the city as well as a deluge of Latin terms that will surely come in handy anytime I want to look smart in front of others.

Although we passed under an arch built by the Roman Emperor Hadrian, walking on a cobbled street bearing a Latin name, we also connected with the Islamic side of the city in the form of a row of Arabic houses, and a shabby governor’s mansion constructed by the Ottomans now serving as a lodge for visiting archeologists.

Hiking up a flight of ruined stairs to the Temple of Artemis we confronted a thousand-legged monstrosity of Biblical proportions. After a tense face-off lasting almost a minute, we managed to overcome the beast otherwise known as a millipede. 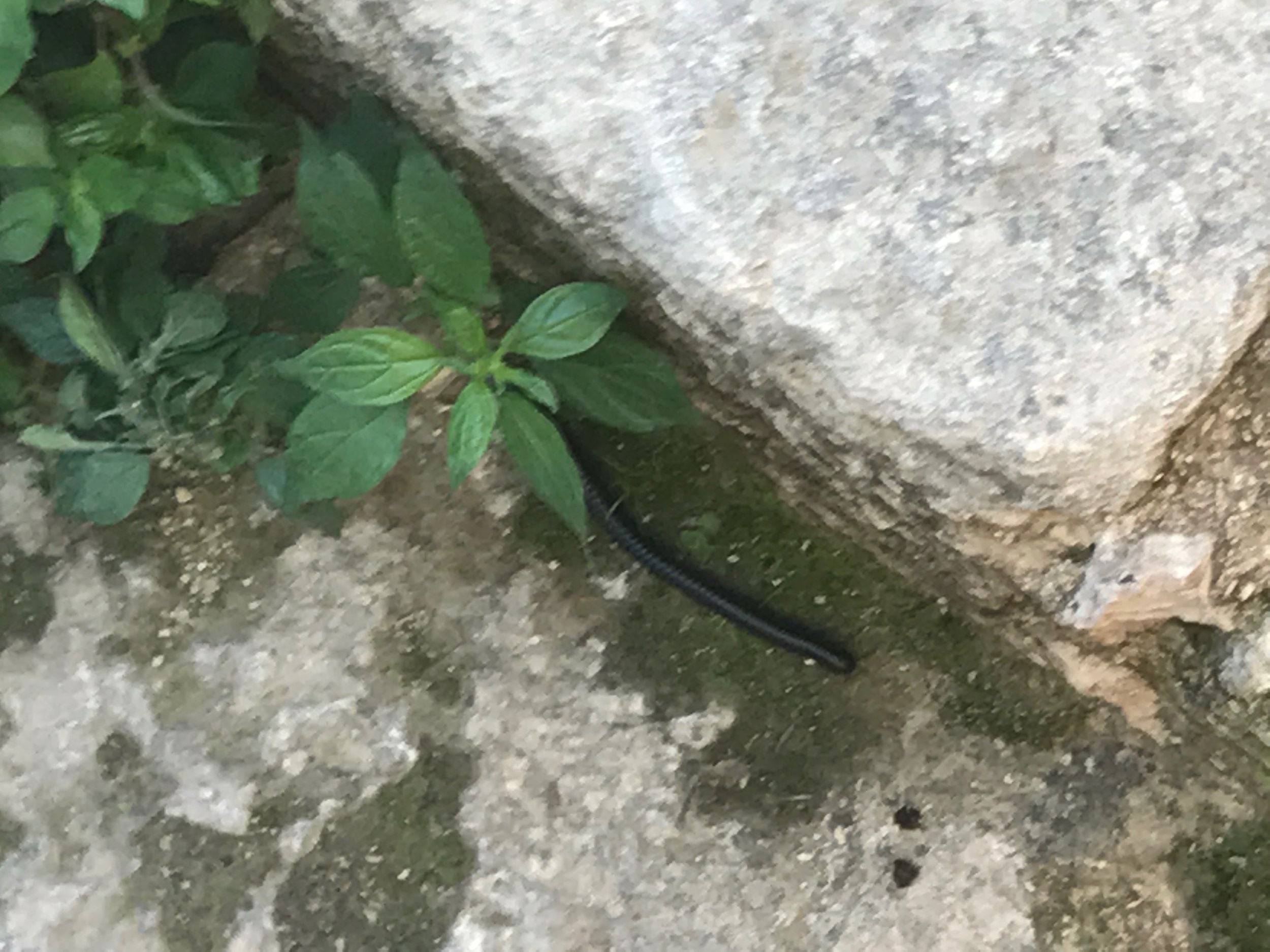 From the temple, we dragged our tired selves further into the Old City, concluding the guided portion of our tour in a building we were all familiar with from the previous day: an amphitheater. Here we took a minute to reflect on the day’s events, concluding that the mosaic of Jerash is three dimensional, with buildings, cultures, and individual experiences all buried on top of one another to form one great historical image. 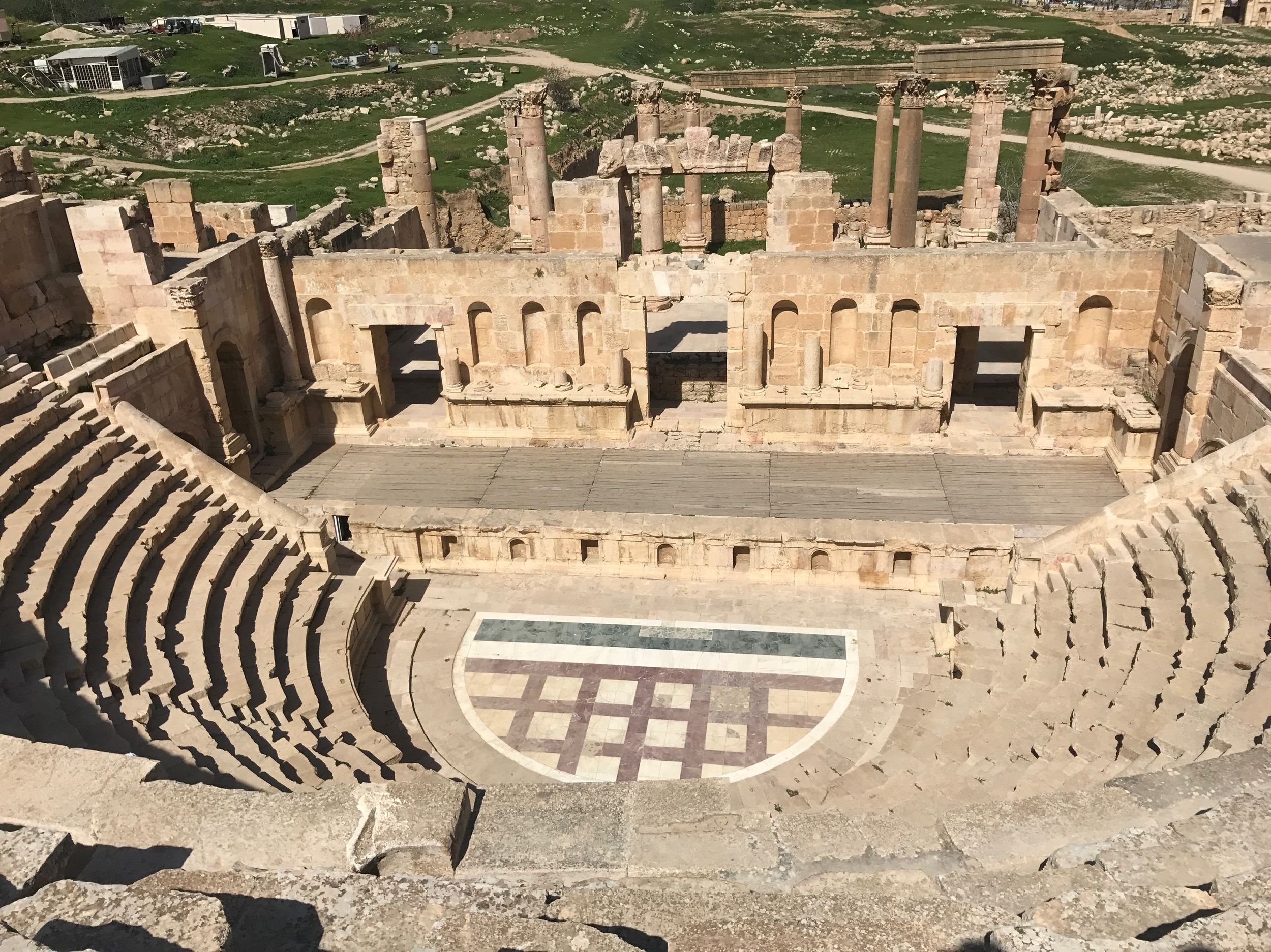 Refusing to settle for the mere aesthetics and acrophobia of the ancient theatre, we decided to put the Greeks’ acoustics to the test. Indeed, those ancients must have known something about projecting sound, for the whole building rang with our singing (or at least of those of us who sang, me settling for the more reflective role of quiet observer). Afterwards Helen enthralled all of us with a dazzling operatic solo, only for me to prevent Mr. Flaska from giving the performance just documentation when I unwittingly interrupted with an anticlimactic, “Is there a bathroom around here somewhere?”

Richer with innumerable experiences and even more pictures, our little group faced one last obstacle: the market. That too we overcame, coming away accessorized yet with overpriced souvenirs and poorer by several Jordanian Dinars. Only after exiting did Matt and I realize we should have haggled more.

Like every day so far, lunch turned out to be delicious and full of new experiences. Midway through we even got a sight of the famed Arabian Hookah, bursting into laughter when the waiter sneakily stole a puff before handing over the instrument to his customer. 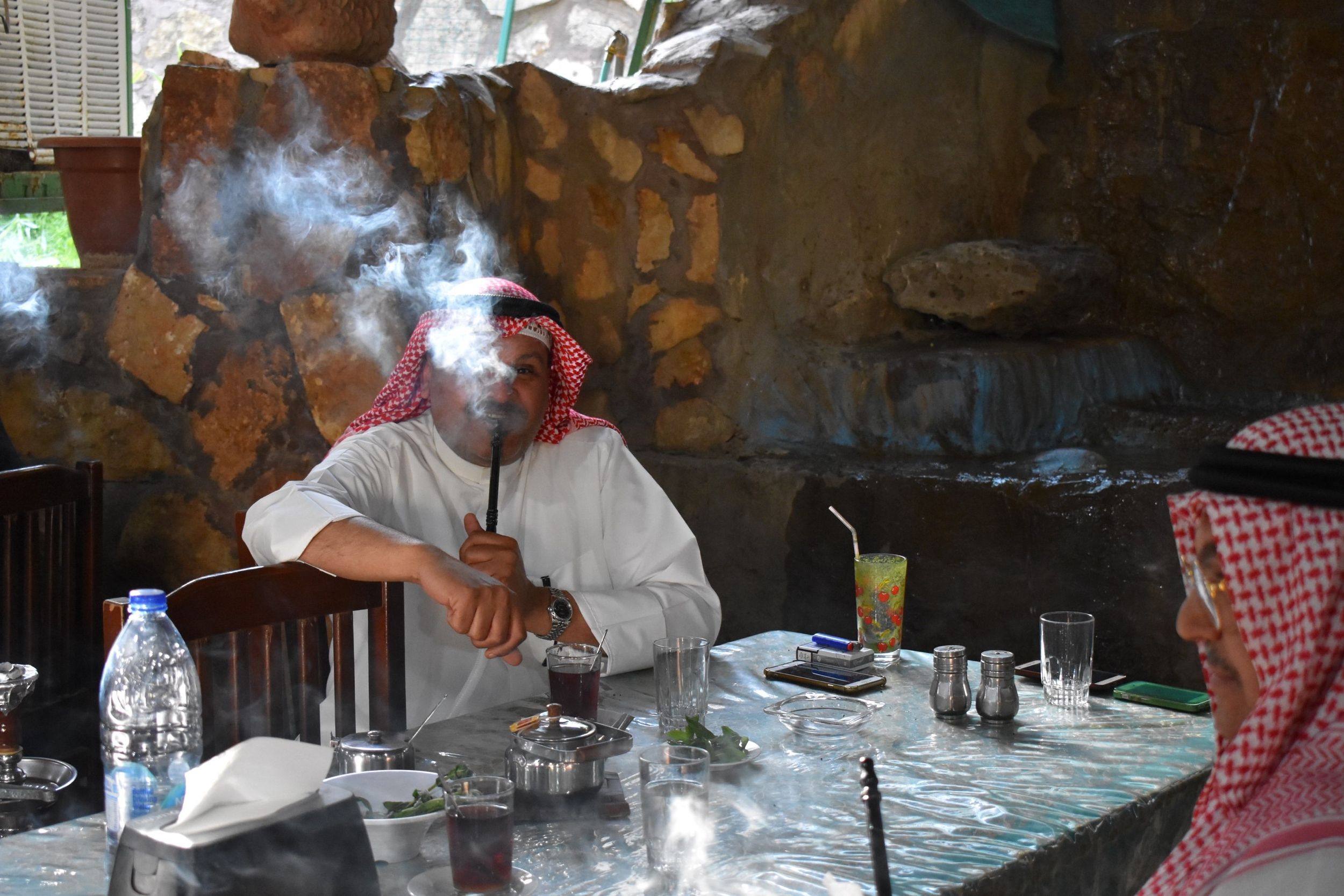 Though exhausted, our trip home did not go uneventful either, nor silently. Michael whipped out his guitar and had all of us singing. All of us – except me and Matt that is, whose contribution was the most rhythmic snoring I have ever had the fortune of having my own sleep disturbed by. 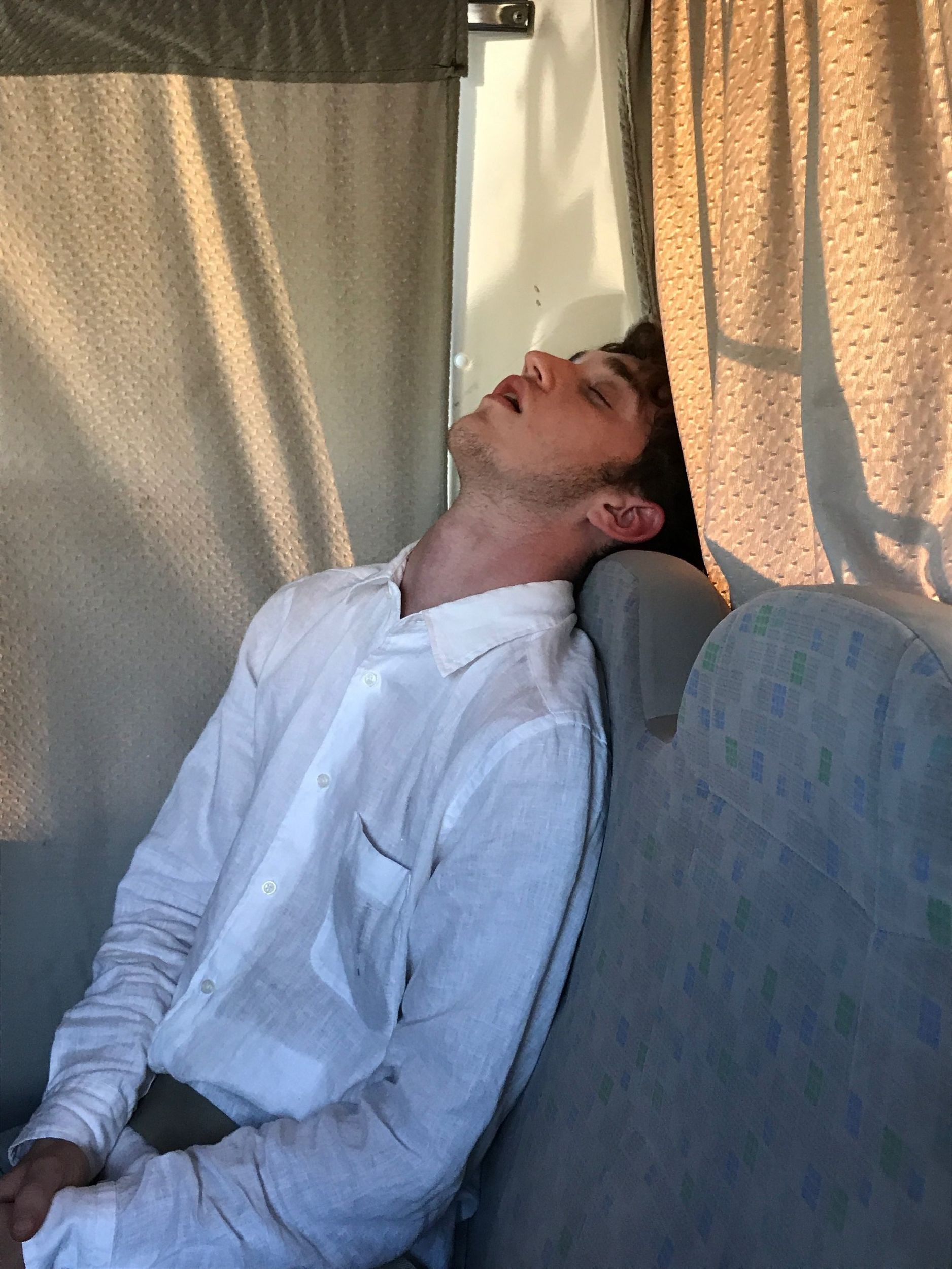 The fatigue was worth it though. We got to be the topping on the millennia-old architectural sandwich that Jerash is, leaving our own modest mark through our lived experiences and the pottery fragments we pocketed along the way as free souvenirs. Amongst the ancient Roman pillars, thick Byzantine Church walls, and Arabian quarters, we truly got a sense of both spirituality and place. 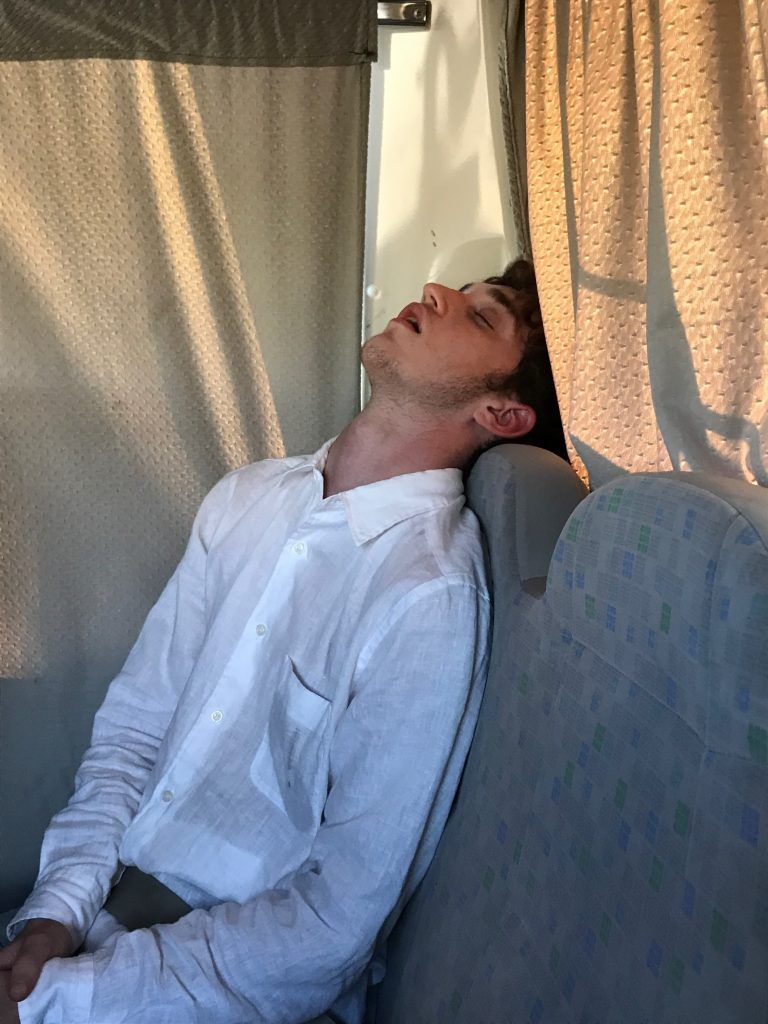