France #5: Exploring On Our Own 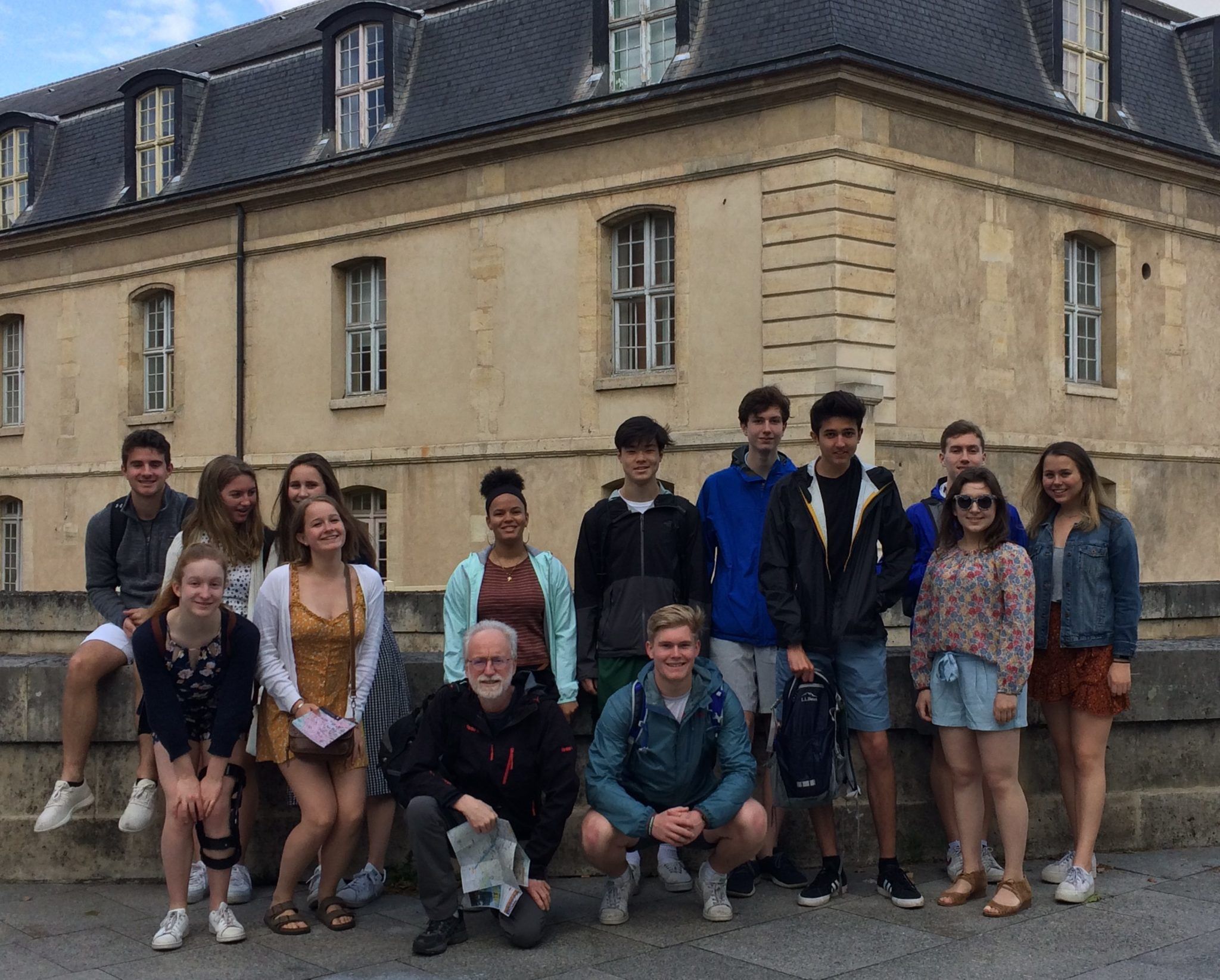 Maddie Poole ’21 shares a lesson learned during a trip to a French pharmacy.

This morning, we gathered together our luggage, made our way to the bus, and had our last breakfast at the farm we had been staying at before leaving for Paris. After a bus ride filled with intermittent naps we arrived in Paris and said goodbye to our bus driver, Omar, who had faithfully been navigating our big bus through the narrow streets of Normandy the past three days.

After settling into our rooms and having a delicious lunch at a small restaurant, or as Madame Nichols called it “a typical Parisian restaurant,” we were handed pieces of paper and a mission. Written on the papers were instructions for a scavenger hunt, and a list of things to find. For example, a pharmacy, a metro station, a café with outside seating, and many more. We split up into our groups and were sent off to explore on our own.

Deciding to disregard any maps, paper, and digital (there wasn’t any cell service for apple maps) my group enjoyed the adventurous aspect of the activity and chose to turn right out of the hotel and see where it brought us. Our first stop was a pharmacy and what we noticed was how small they were. French pharmacies seemed to be solely for the purpose of purchasing medicines, health related products, sunscreens, shampoos, bug sprays, etc. Which is something that is quite different from the huge American pharmacies such as CVS, where you can buy prescribed medicines,  chips,  makeup, and everything in between. There is also quite a difference in the way that the French package their products, which can sometimes be misleading, something I experienced first hand when wanting to buy shampoo.

When we were in Normandy the farm didn’t supply shampoo and conditioner, or soap for washing. So, in hopes to purchase some, Julia, my roommate and I, headed to the pharmacy that was only a couple minutes away. We easily found some conditioner, but wanted to find a shampoo in the same style of bottle. I spotted a bottle that was just what we were looking for with the word shampoo written across it. It had white and lavender coloring and was lavender scented, “Perfect!” I thought. Little did I know that also written on the bottle along the side, in calm, nothing to worry about colors and lettering, were the words “for lice and lice eggs.” Julia and I proceeded to buy it, not realizing what it was. We returned to the farm and Madame looked to see what we bought. She examined the bottle, made a sound, and then glanced at me, “Maddie, do you know what this is?” I looked confused, it was shampoo, there wasn’t anything wrong with it, was there? “No…it’s shampoo right?” She laughed, “Shampoo for getting rid of lice eggs Maddie.” My face flushed red, how incredibly stupid. I felt so embarrassed until I thought about it more.

See, in the U.S something like lice shampoo is advertised very differently. You can easily recognize it in the aisle with  images of lice on it and big red lettering. Knowing that this was lice shampoo relied on me knowing two key words, and looking very carefully since the bottle looked just like any other shampoo. Which goes to show a difference in culture, in France, having lice is something that just happens, it’s more normalized. Whereas in the U.S it is something to fear, it is a bottle with big red lettering. We returned the bottle at the pharmacy, where I explained the mistake to the pharmacist and how a bottle for lice looks very different in the U.S. Despite the embarrassment, it was a great learning lesson, and shed an unusual light on a cultural difference between the two countries.

There are many differences you can notice and learn by exploring. We also noticed how the French don’t get coffees or drinks to go, instead they sit at a café for an hour or two, chat or read a book, and sip at their drink. They set time aside for social activities such as eating or drinking, you won’t see a French person rushing in a meal while walking down the street. In comparison to how Americans like to squeeze as many types of products into one store, the French have many different stores for all the different kinds of products. Yes, you have your super markets, but you also have your cheese stores, meat stores, bakeries, and pastry shops.

The scavenger hunt we were presented with was important, because it gave us a chance to venture out on our own and to look for certain aspects of French life style. When visiting another country, it is easy to get caught up in all the impressive museums, monuments, and attractions. What often happens is that you only focus on all the important things it has to offer instead of taking the time to notice and reflect on the small, but important cultural differences about each country. Doing both things is important, but one often gets more attention than the other. I at least know that mistakenly buying lice remover made me reflect on French and American culture, and will be something I remember longer than a painting in a museum. 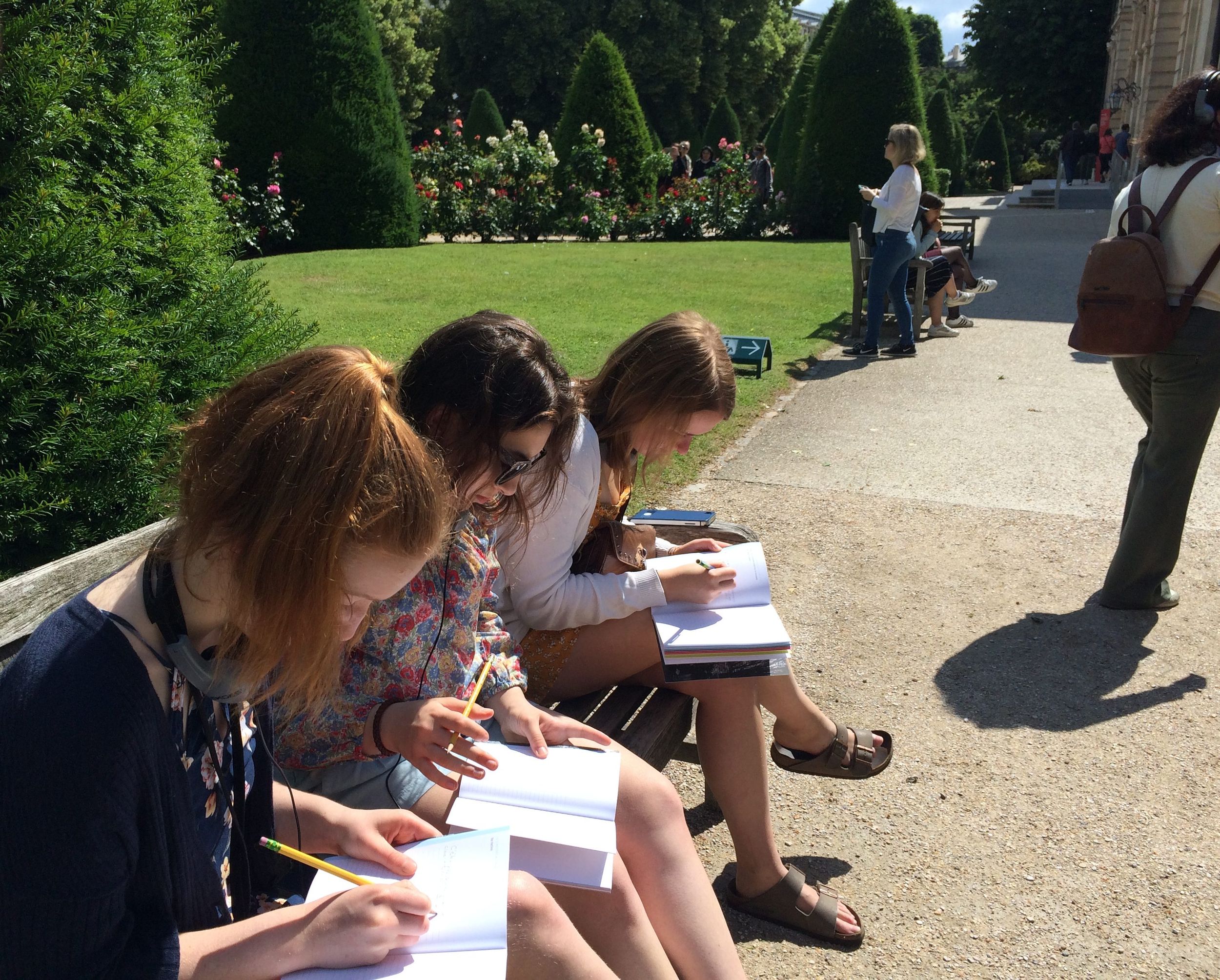 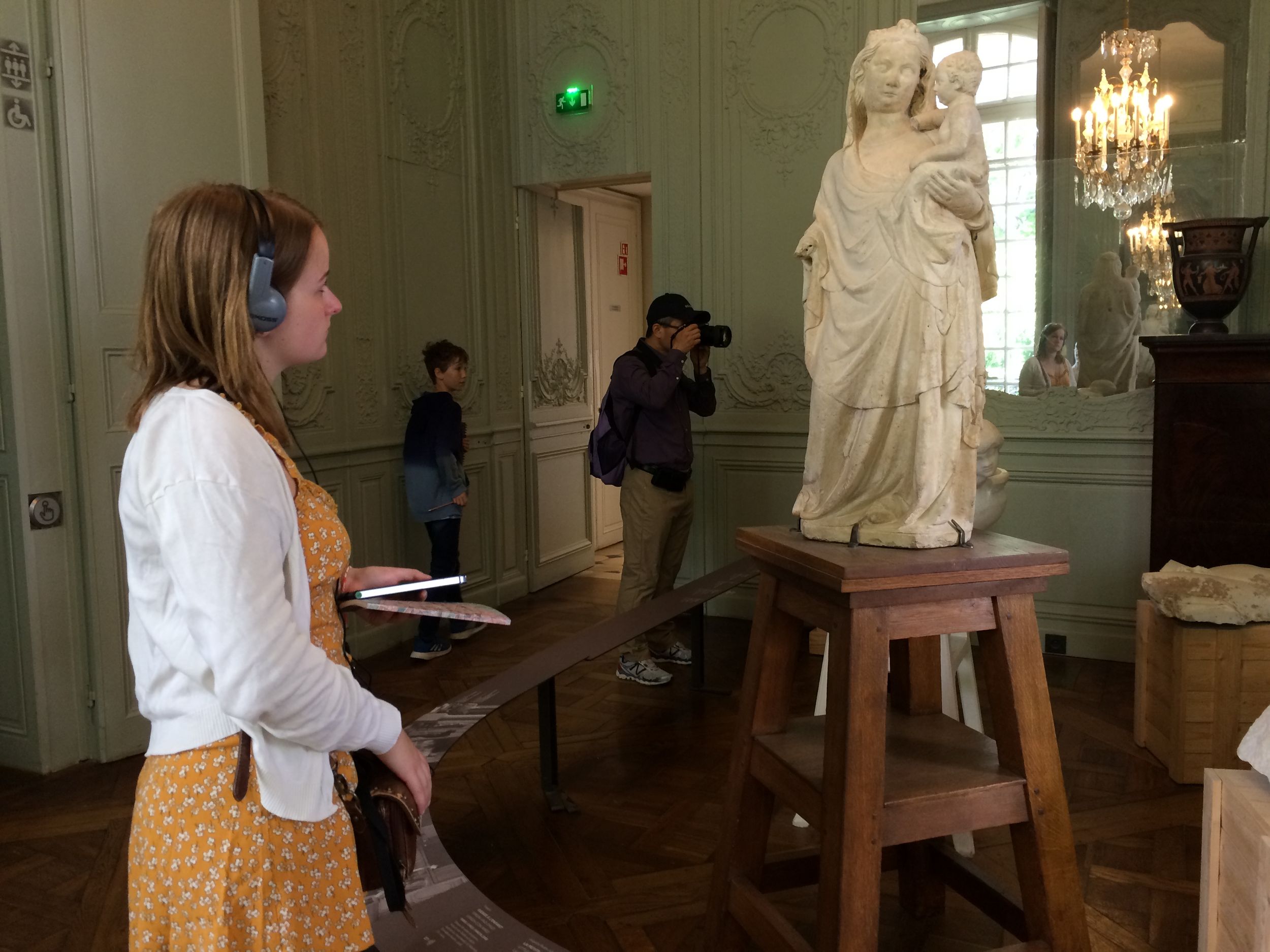 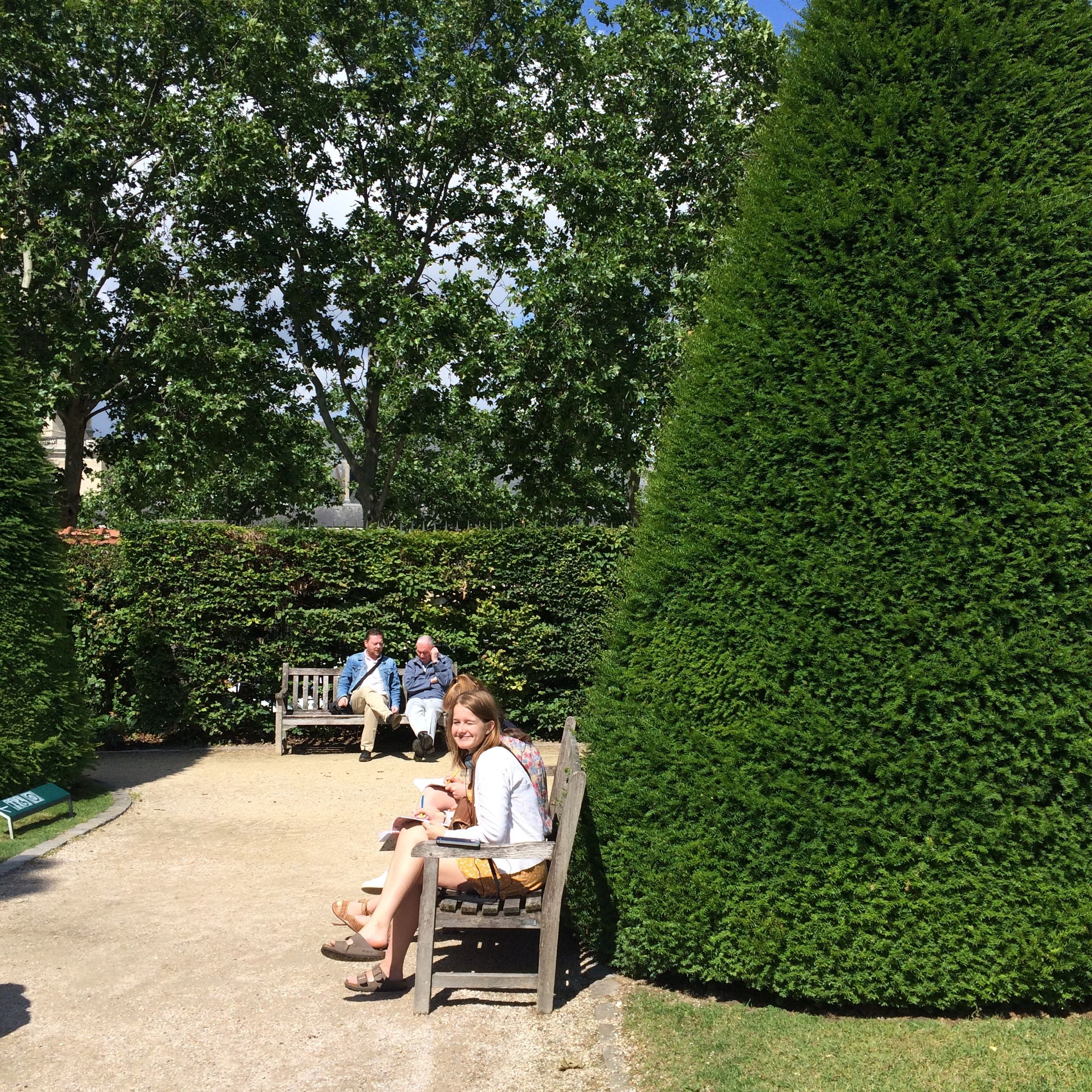 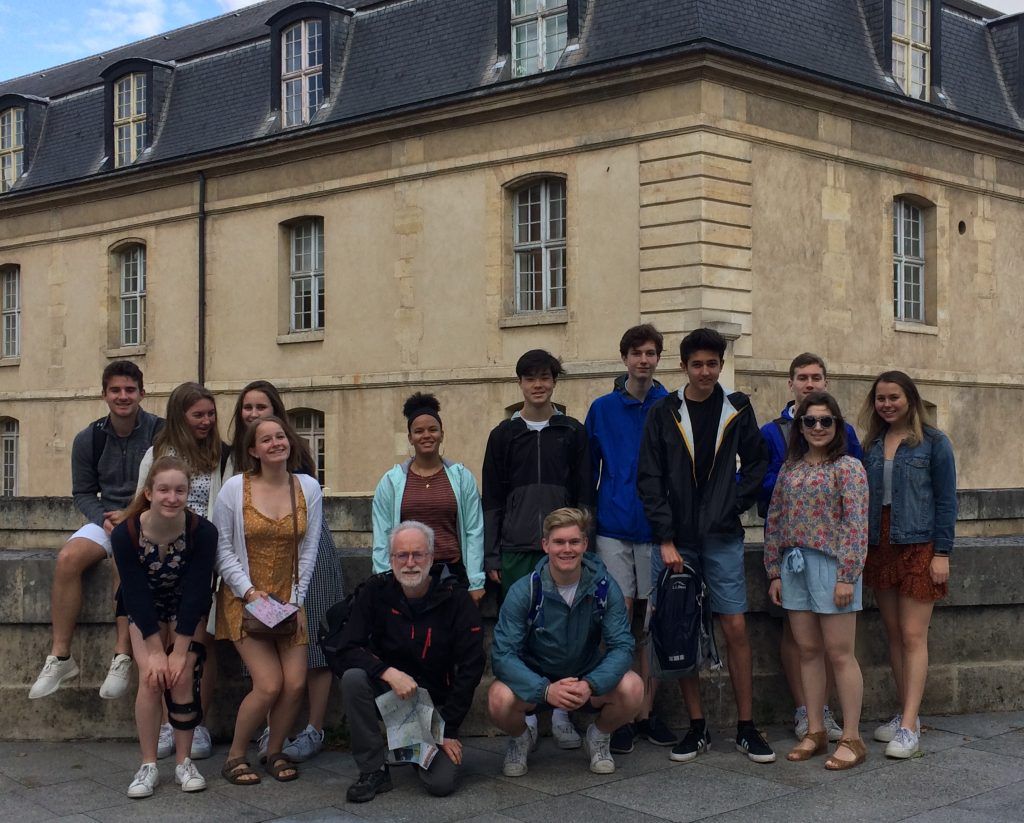