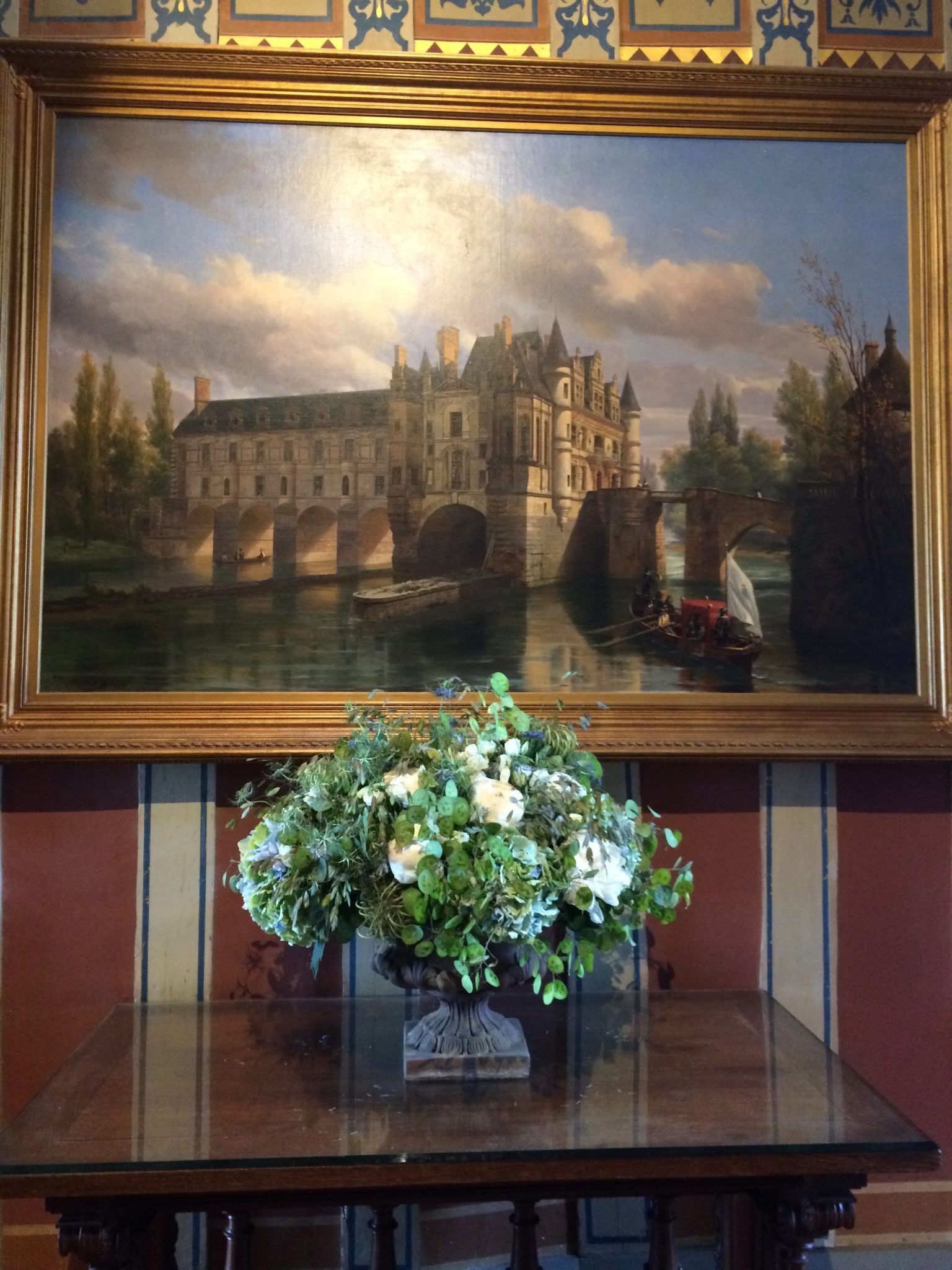 Châteaux. Castles. We have seen a fair amount on the trip so far. You have probably already read about Villandry, the castle with the spectacular gardens. But I’ve been to two more since then: Chaumont and Chenonceau.

Over the weekend, my family went to Paris to see a play, a one-man show starring one of their favorite actors. But, since they had preordered tickets and there were none left, I stayed with our guide for the trip, Odile. Odile is, as Madame Nichols often proclaims, “a riot.” But “a riot” with a beautiful home. Her gardens are beautiful, almost as beautiful as Villandry, and her house is half built into a cliff. I expected the weekend to be one of long breakfasts and walks beside the Loire, but Sunday morning Odile, her daughter, her husband, her German friend, Madame Nichols, her husband, Mr. Taft, his wife, and I were at Chaumont, a château on the Loire about 34 minutes outside of Tours.

Owned by Catherine de Medicis, the infamous political strategist of the 16th century, it is a classic castle with thick stone turrets and a black slate roof. Impressive and imposing. But the real reason we came to Chaumont was for the gardens. Every year the château holds La Fête de Jardins or festival of gardens. Twenty-five gardens are created by different artists all working with the annual theme. For this year: paradise. From gardens that sang, to gardens that burned, to gardens that hung, to gardens that evoked the smells of a veritable Eden, the exhibit was spectacular (please look them up online for a more accurate description. I think there are pictures too!)

The next day, Monday, the whole group went to Chenonceau, arguably the most famous of the Loire Valley castles. Controlled by numerous politically powerful women, often mistresses of kings, Chenonceau is built across Le Cher, a river that flows just south of Tours, like a building and a bridge combined. The decor is obviously antiquated and not exactly my taste (too flamboyant and gaudy). Rooms that are black and green and red and orange and gold. Gilded and inscribed with initials from bygone kings and queens whose stories are relayed to me in French through the tinny voice of an audio guide. Yet, sitting at a nice café in the castle’s shadow, I can appreciate the history that lies in the stones and the wooden walls, and in the river flowing underneath. 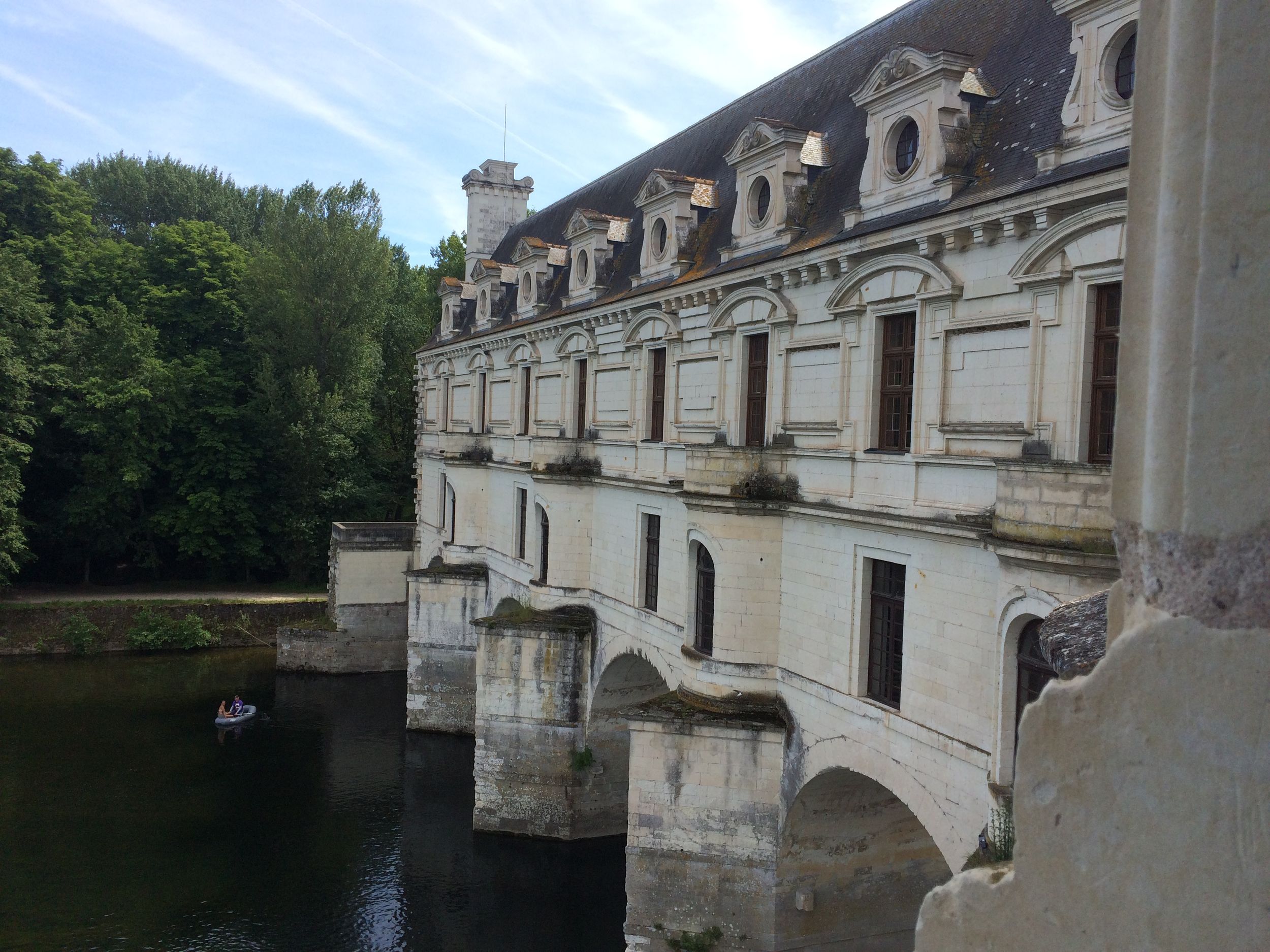 In comparing these châteaux, I find some similarities. They are both magnificent and powerful stone structures that commanded their surrounding territory for centuries. Political intrigue, scandals, and death have plagued these halls since their creation sometime in the 1100’s. And that’s just it. Coming from America, even having grown up in an “old” town like Deerfield, I am stunned by the age of these places. How old and how storied they are. Although completely different in structure, architecture, and modern use, these two châteaux, and Villandry as well, appeal to me as something ironically new. Being in Europe, visiting châteaux or ancient art in museums or walking on streets who knows how old, I can really appreciate the true ancient nature of our world. I know people say that humans have only been on this world for a fraction of a second or whatever, but I’m impressed with the impact we’ve made, with the history we’ve generated and will leave behind forever. 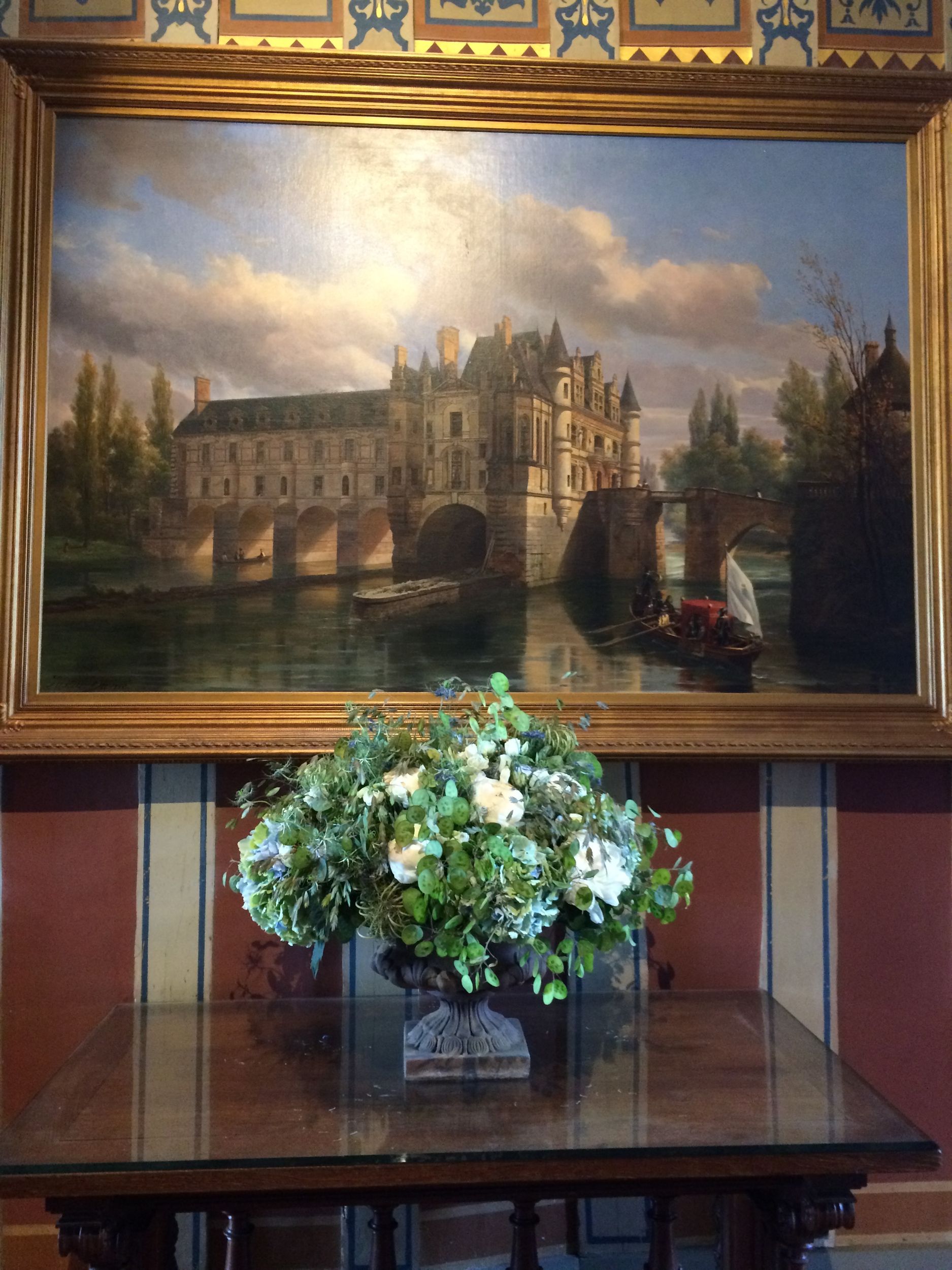 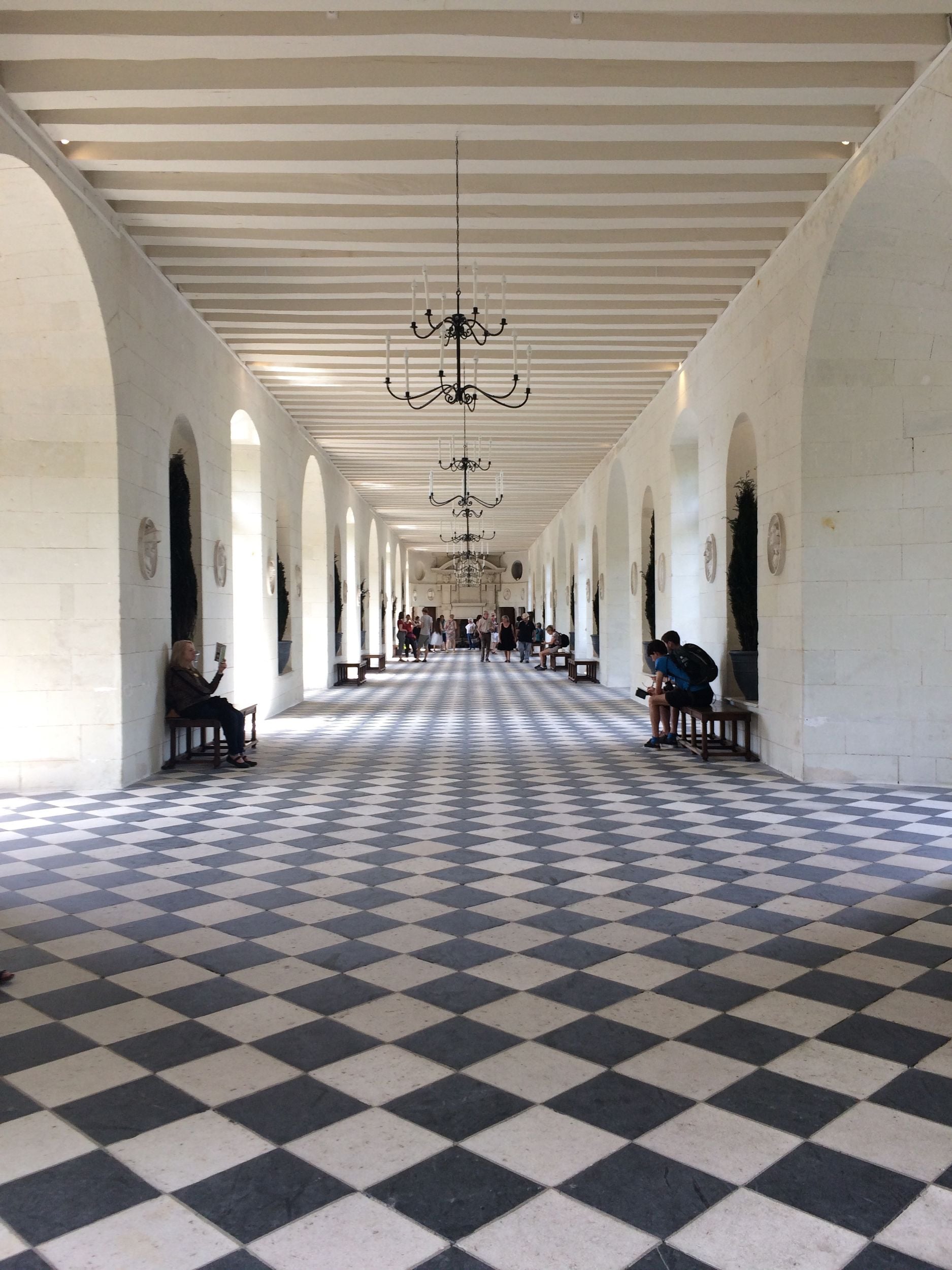 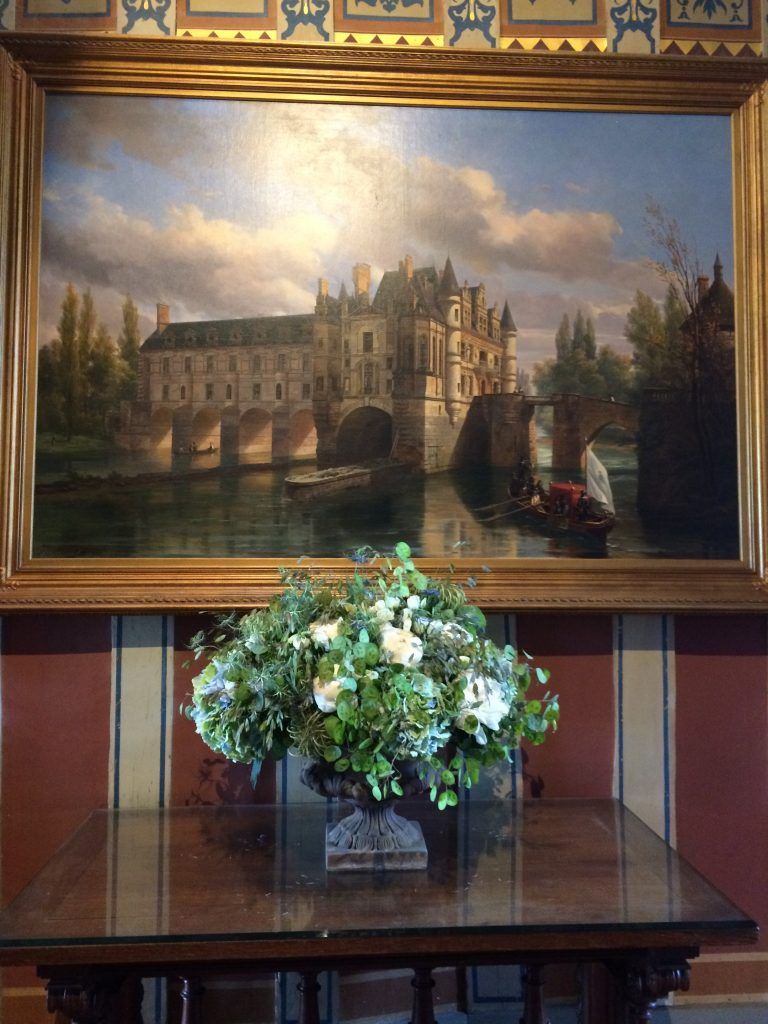