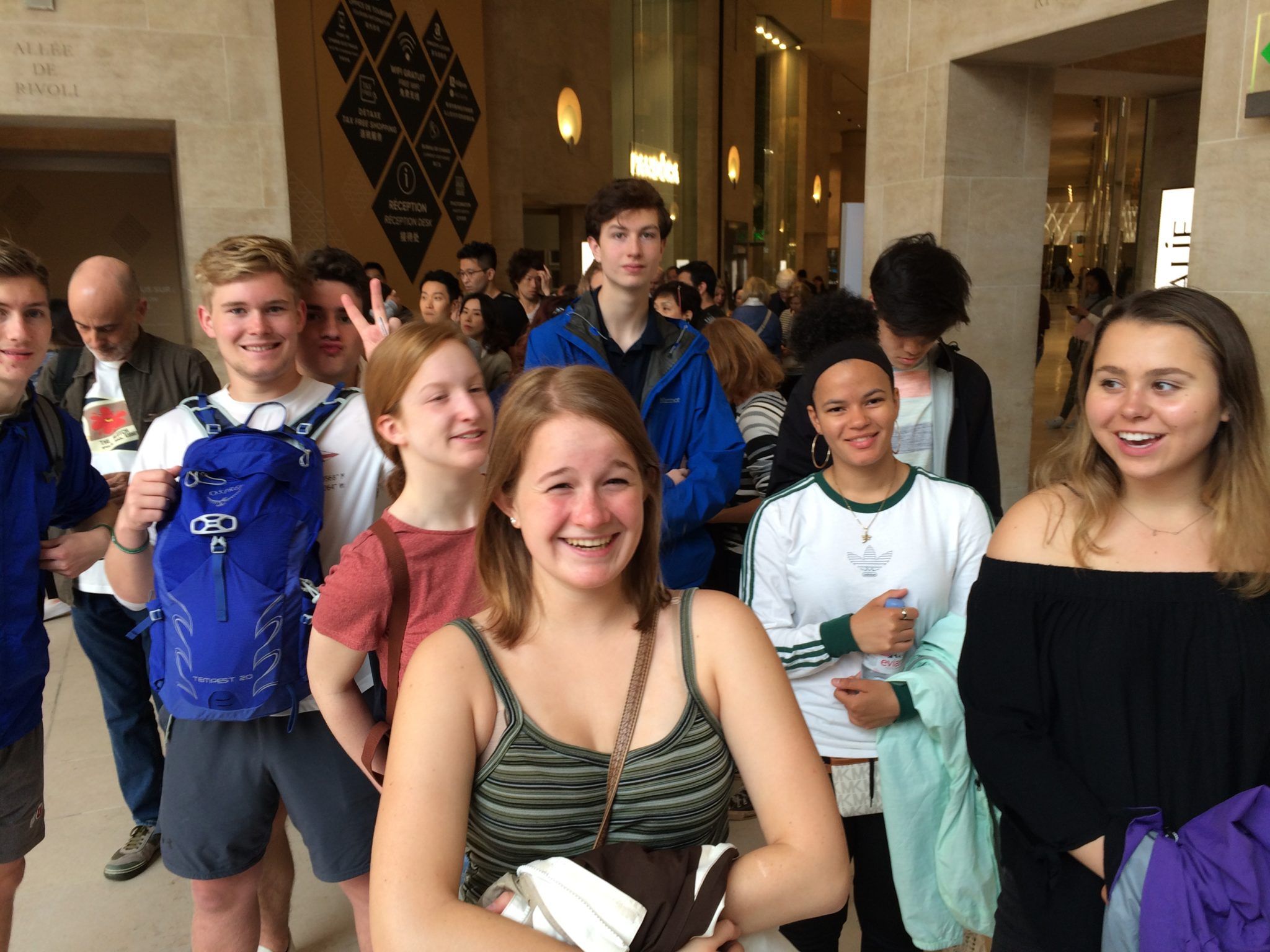 Jarod Harrington ’20 recounts an “enjoyable” day visiting the Louvre and the Champs-Élysées.

Today was a bright and early start for everyone as we had to wake up for 7:30 am. After some rolling around in bed I finally found my will to get up and head down the long, cramped set of winding stairs leading down to breakfast. I was overwhelmed with exhaustion from our seemingly nonstop itinerary from the day we stepped foot in France; however, along with the exhaustion that I felt, I was also eagerly anticipating the events we would partake in for the day.

As soon as we finished breakfast we departed from the Hotel Americain, got on the metro, and made our way to the Louvre. Now, I had always heard that the Louvre is a big museum, but words do not do it justice. Four sprawling floors of paintings, sculptors, artifacts, and everything in between. On our way from the metro station to the museum Madame told us two things: stick to one part of the museum because it is too large to roam through the entire thing and see everything, and the Mona Lisa is very underwhelming. Despite her forewarning, I made a bee line to the Mona Lisa. Yes, I know she is small and you have to stand a good distance away from her, but c’mon, you can’t go to the Louvre and not even try to see one of the most famous paintings on Earth. So, a few others and I made our way through the endless amounts of paintings and sculptors throughout the Louvre and finally came upon the Mona Lisa.

I had an image in my mind of what I thought the Mona Lisa would be like, and I can’t say I was even close. It truly is nothing special. I’m going to be completely honest about it, it was small and hard to see and there were tons of people surrounding it which made it even harder to see. Sure, Mona isn’t anything special, but I can walk away saying that I saw her, which is good enough for me. The rest of the Louvre was debatably more interesting than the Mona Lisa, the endless amounts of sculptors and paintings was so incredible that even I, someone who isn’t very interested in art, found myself in awe of almost everything that was in the museum. What astounded me even more than the works of art, was the sheer size of the museum. We had 3 hours to roam around, and even then, we didn’t see even half of the museum.

After our journey throughout the Louvre, we had a few hours of down time to do whatever we wanted, in groups of course. My group decided to make the short walk from the Louvre, past the Obelisk, and onto the Champs-Élysées. Nick Fluty, Elliot Flagg, and I managed to find the most American thing to do in Paris. Eat at a Five Guys. After an extremely American lunch, we strolled down the Champs-Élysées doing some window shopping as well as some actual shopping. Our final stop was the Galeries Lafayette. After about 5 minutes of walking through the mall-like building, we soon realized nothing within it was in our price range. While we were on the top floor, Elliot and I looked at some watches. I expected them to be pricey and obviously didn’t imagine buying one, however, the prices of the watches still shocked me. The most expensive one was being sold for 48,000 euros. We left and headed downstairs to the food section in hopes of finding some affordable cuisine. We bought a box of macaroons, ate them swiftly, and made our way out of the store and on our way to the metro station in order to arrive back at the hotel before we departed for dinner with the whole group.

All in all, the trip to the Louvre combined with some shopping along the Champs-Élysées and a very American lunch came together to create a very enjoyable day. 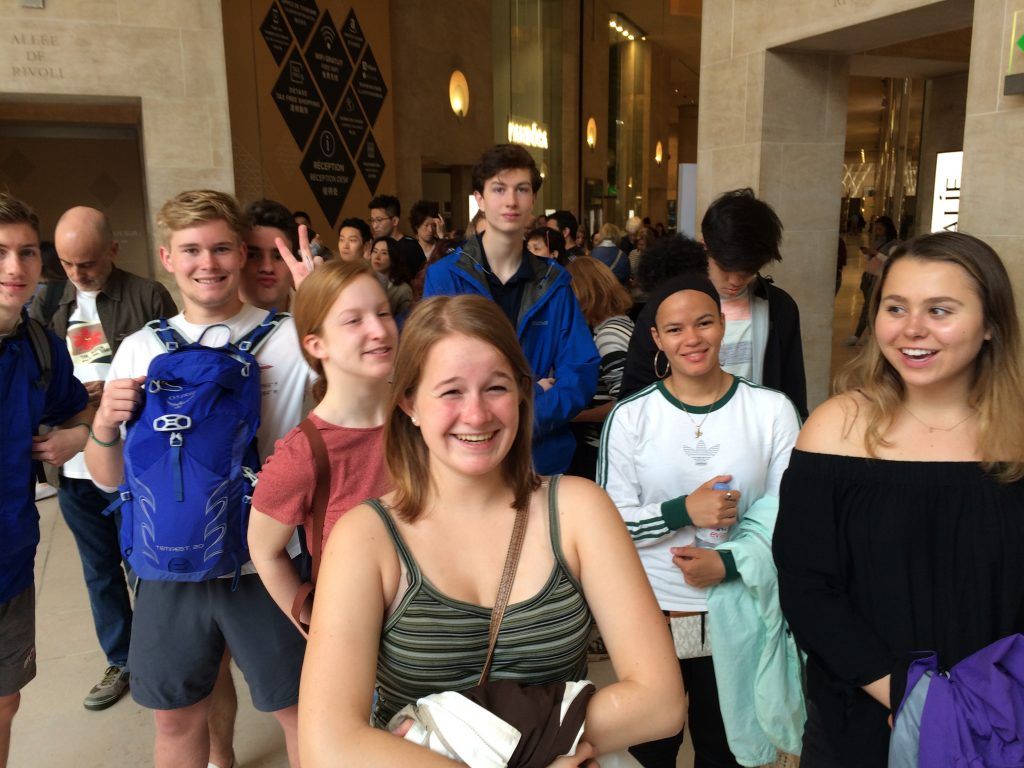