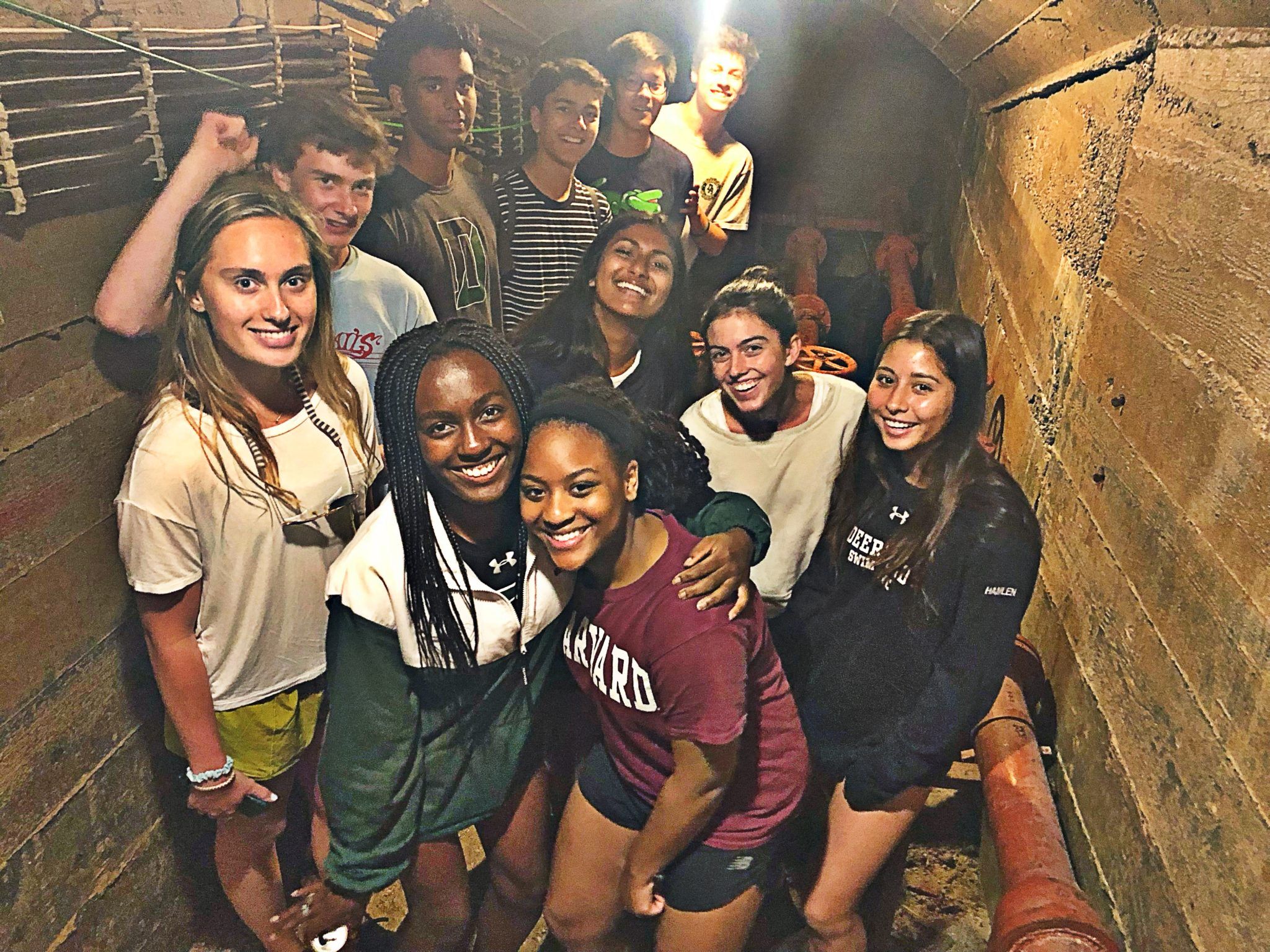 Along our journey through the Balkans, our group has been accompanied by amazing tour guides, many of whom were survivors of the war. In Zagreb, we met Luka, who’s humor, thoughtful explanation of the wars, and objective style made him a crowd favorite. In Vukovar we met Tomislav, who’s cool deposition, kind manner, and impactful tour made a lasting impression on us all. In Belgrade we met Alex, who’s passionate manner about the wars gave us all a new perspective into the Serbian side of the narrative. On our way from Belgrade to Srebrenica we picked up Arna, who remains my favorite tour guide of all. She welcomed us with a big smile that never seems to fade and her gentle demeanor had a way of making these complicated war stories easier to understand. She accompanied us all the way to Sarajevo, one of the last stops in our examination of the war.

Arna always wore pink, a bright and hopeful color. Her big smile never faded and her humble hands welcomed us again, for the final time. In our last night in Sarajevo Arna acted not as a tour guide for us, but instead allowed us to ask her any questions about what it was like to be a war survivor. In a downtown hotel across the street from the site of Sarajevo’s annual film festival, while sipping Bosnian coffee, black tea, lemonade, and Coca Colas, we listened carefully to her story of survival. 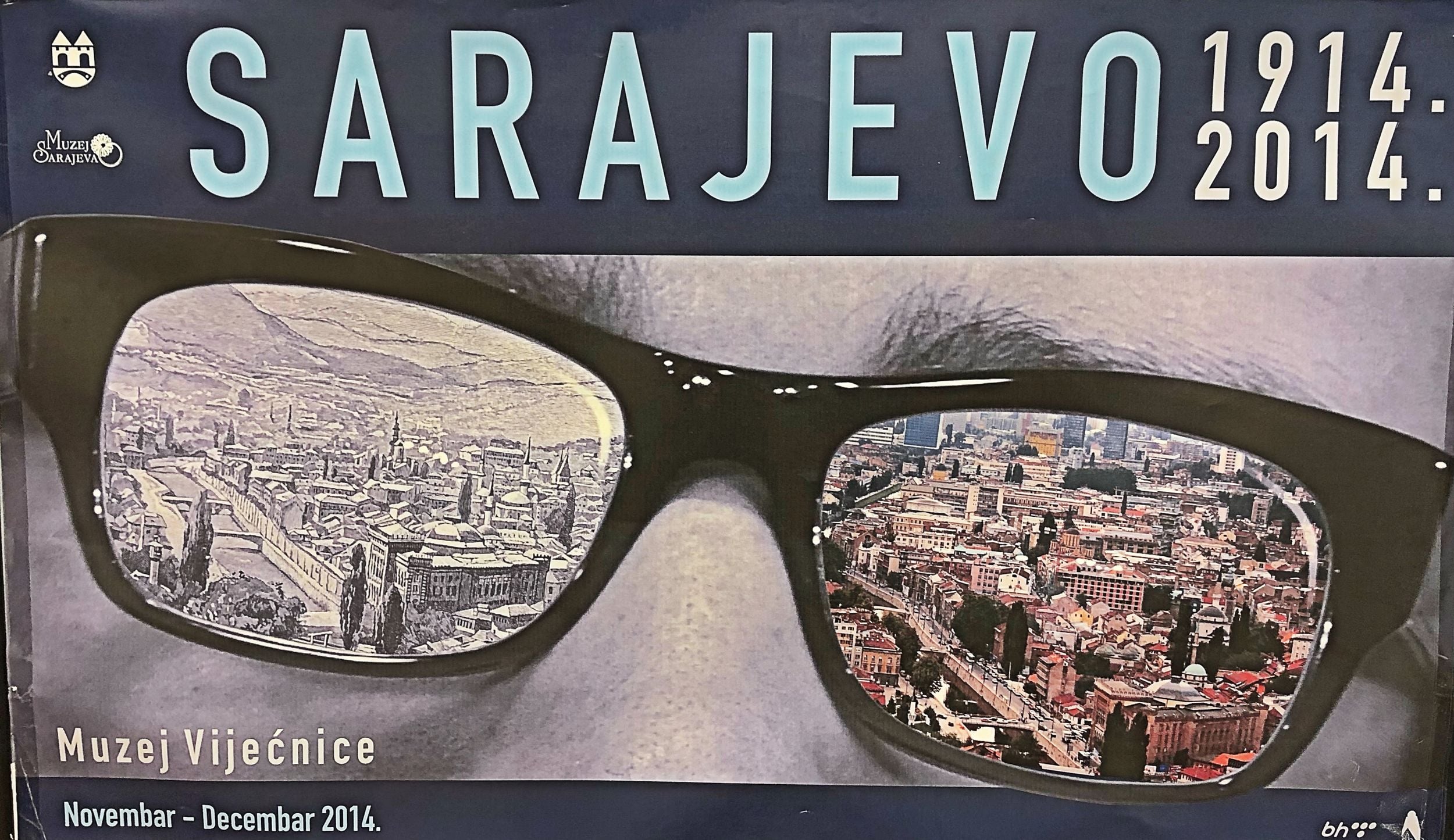 Arna started by telling us about her first memory of the war in Sarajevo. She and many other citizens of the city joined the April 4th, 1992, Peace March, in an effort to stop the fighting. She saw a girl, around her age, get killed, the first victim in Sarajevo. Serbian snipers targeted civilians and the protest quickly dispersed as people ran for cover. For the first time, Arna learned she was in direct danger and became a prisoner to the safety and confinement of her apartment as Serb forces took Sarajevo under siege. Her demeanor changed as she relived the war and described the horrors she witnessed. I began to feel sorry for her.

Arna said no one ever expected war to happen in Yugoslavia, a country in Europe on the brink of the 21st century. Her mother, who she calls a hero, and a walking history book, has lived in Sarajevo all her life. Her mother has experienced six different regimes in Yugoslavia and endured the conflicts that came along with these changes in power. Her mother never thought her children would be forced into another war. Before the war, Arna says Yugoslavia was peaceful and no one ever thought of the differences between neighbors. Few cared about religion or ethnicity. During and after the war, religion and nationality became very important to everyone’s identity. She and many people around her, found themselves praying more and clinging to religion for hope for their country. 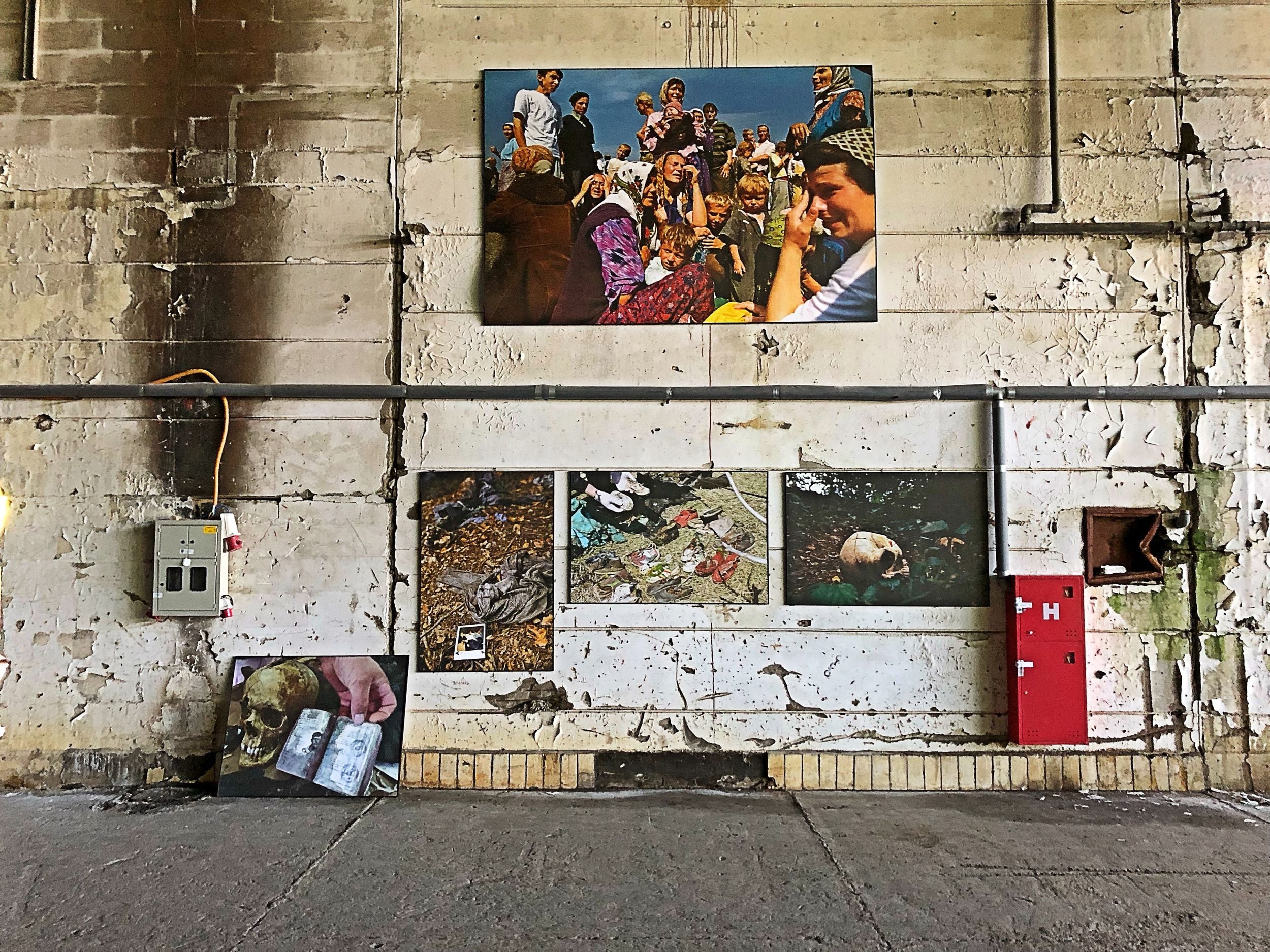 When the floor opened for questions, we began discussing the role of women during the war. Arna said that women were the unseen heroes, who kept their families alive and tried their best to make them happy. Women provided the soldiers with food and water. Unfortunately, these same heroes suffered immensely during the war. Bosnian Serb troops raped thousands of Bosniak (Bosnian Muslim) women, who have yet to receive justice. During this discussion, an immense sense of hopelessness became tangible in the room. We sat there in silence for a bit, the silence a constant reminder of how little we can do to change the past. Yet, we also pondered how we might affect the future. Arna finally broke the silence and said, “after the war comes the war of remembrance. It is very important to remember the stories of those who suffered during the war, it is how we can help.” I admired the hope she had created in such a situation. This hope began to fill the room.

Arna says artists are some of the best healers after war. They have the ability to create and capture stories of the lives of those affected by the war and to share them with the rest of the world. She told us that when “No Man’s Land” won an Oscar all of Bosnia celebrated. She also admires Angelina Jolie’s effort to spread awareness of the Bosnian War through her movie “The Land of Blood and Honey.” However, Arna knows that art alone cannot heal Bosnia. NGOs such as The Catholic Relief Agency, which Arna worked for, do outreach work and aim to help rebuild Bosnian communities. Arna’s hopes that more young students and activists like us continue to visit the Balkans and learn about the wars. Arna believes our perspectives, and voices, have an impact. 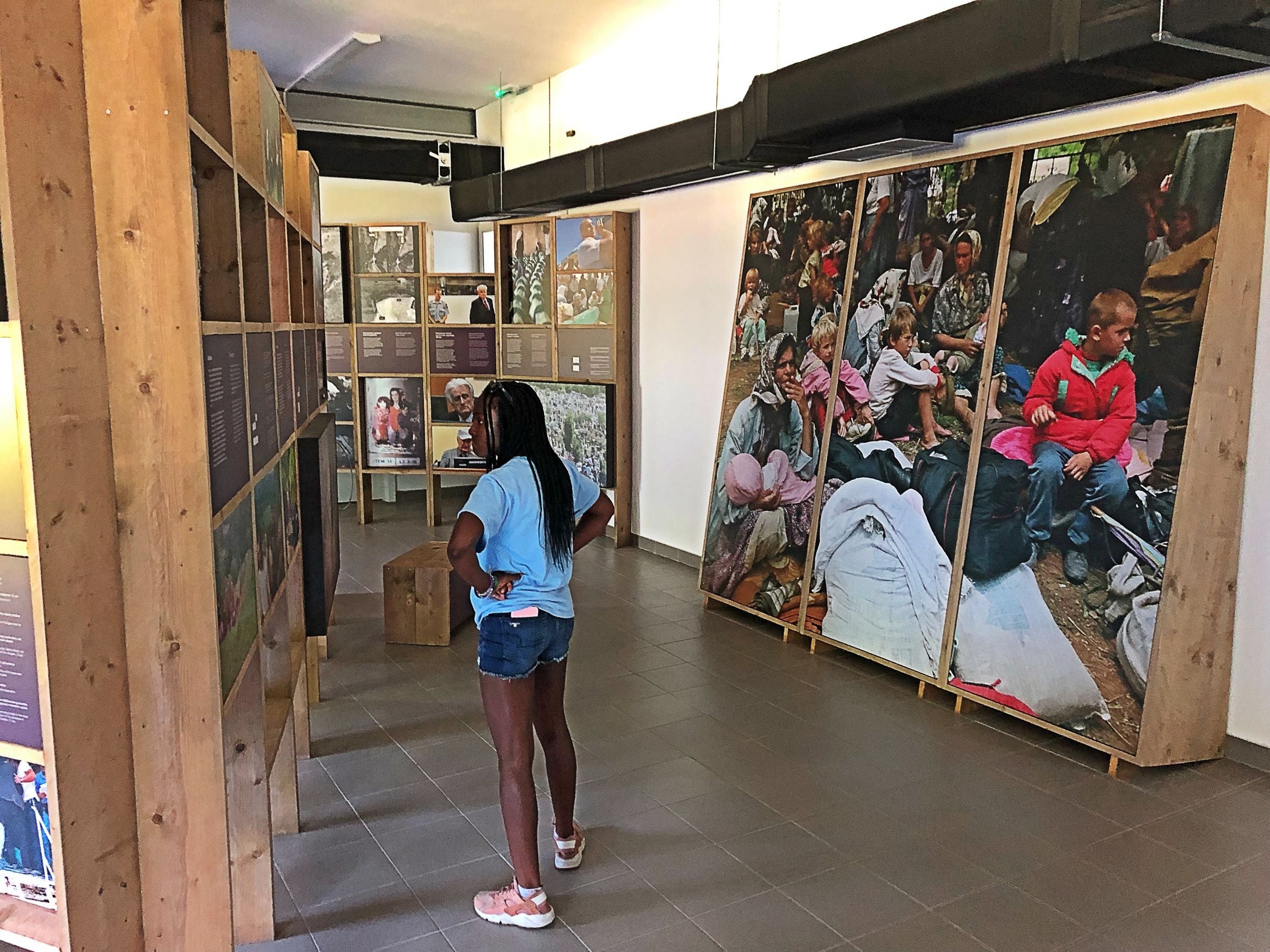 We cannot forget the war stories of former Yugoslavia. How we remember the past will shape the direction of the future. The “war of remembrance” is the only battle we have the ability to influence today as we learn about the multiple memories and meanings of this war. Mark Twain once said, “history doesn’t repeat itself, but it rhymes.” We heard this quote many times in our journey through the Balkans. It is a reminder of the atrocities that are bound to occur if we do not look to the past as a caution for the future. Arna is hopeful for a new page in Bosnian history. I am hopeful too. 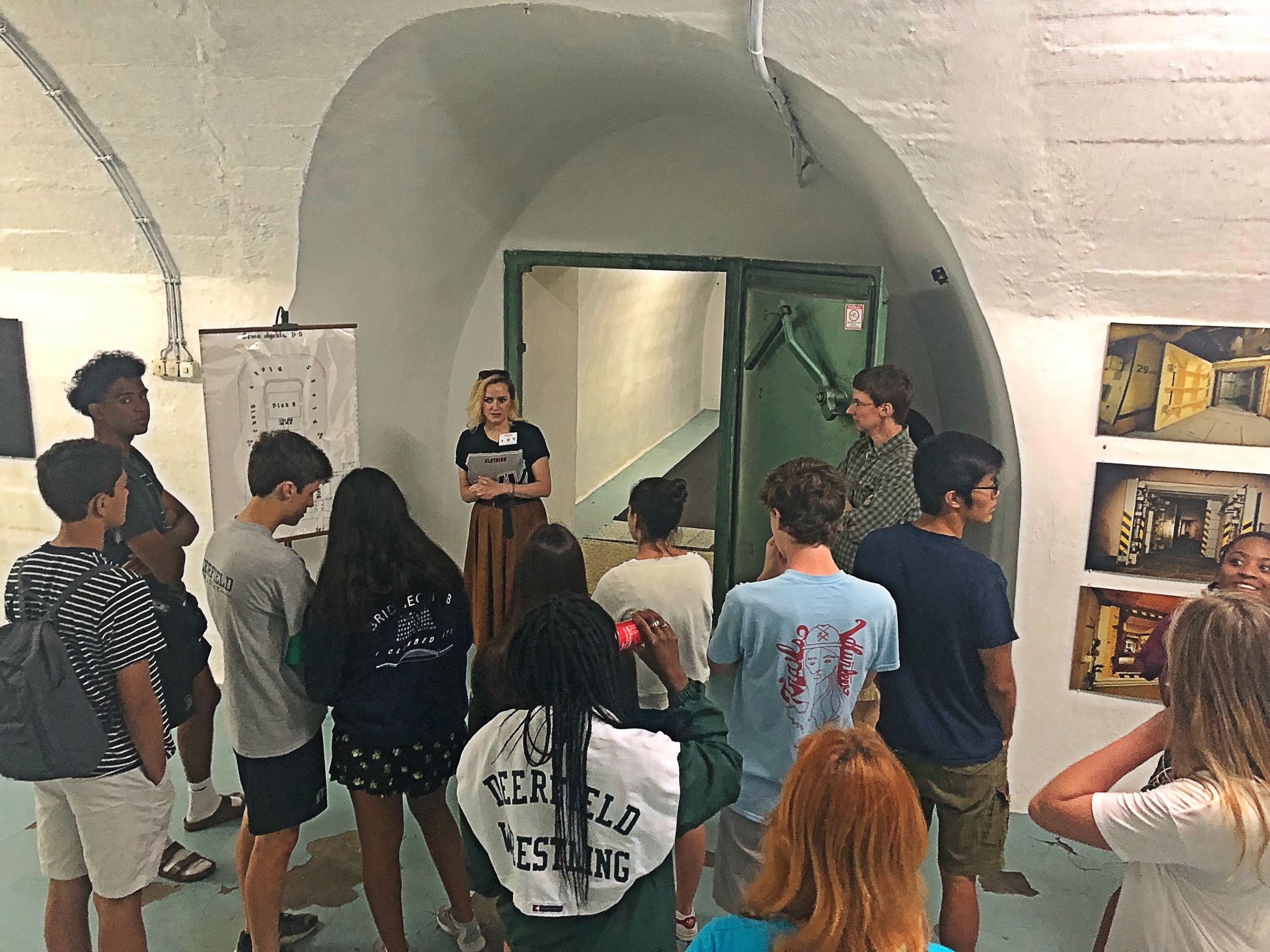 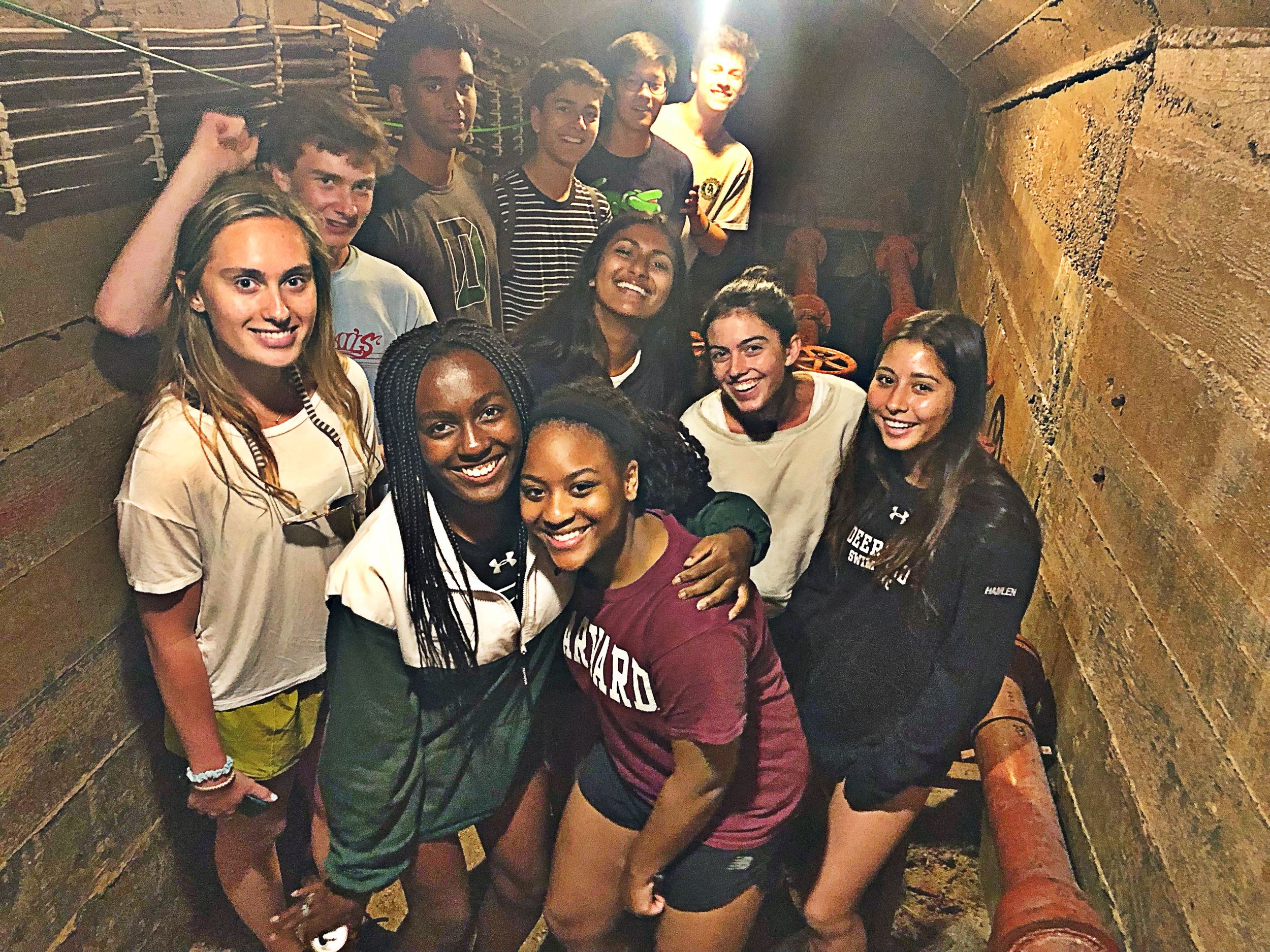 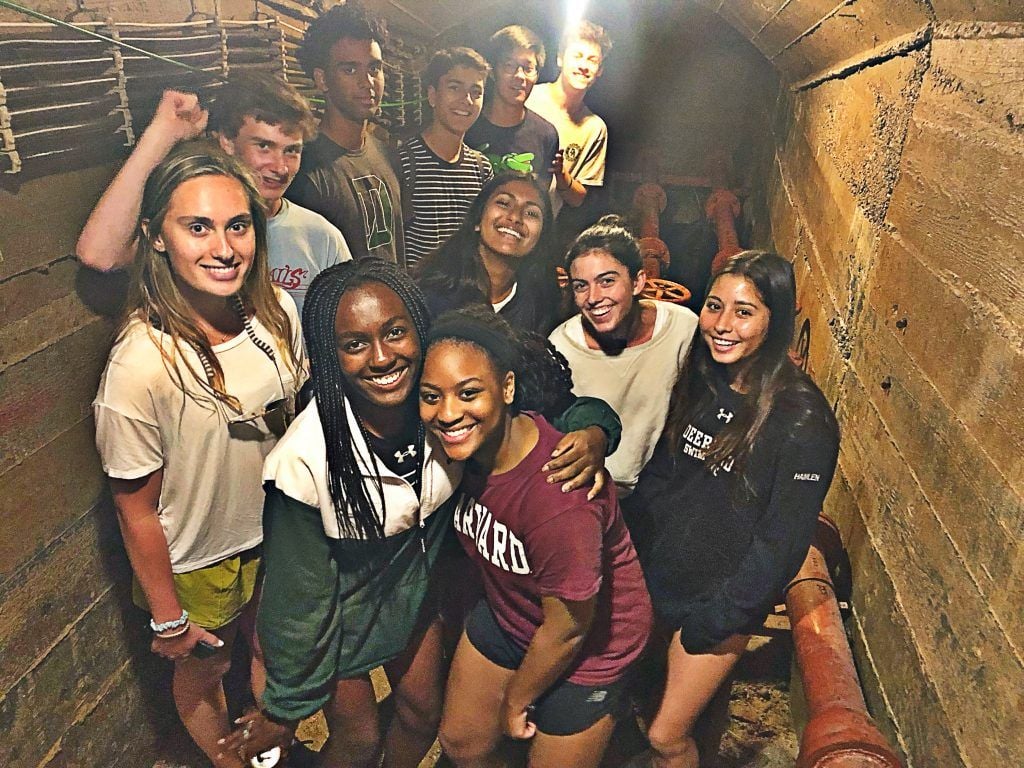