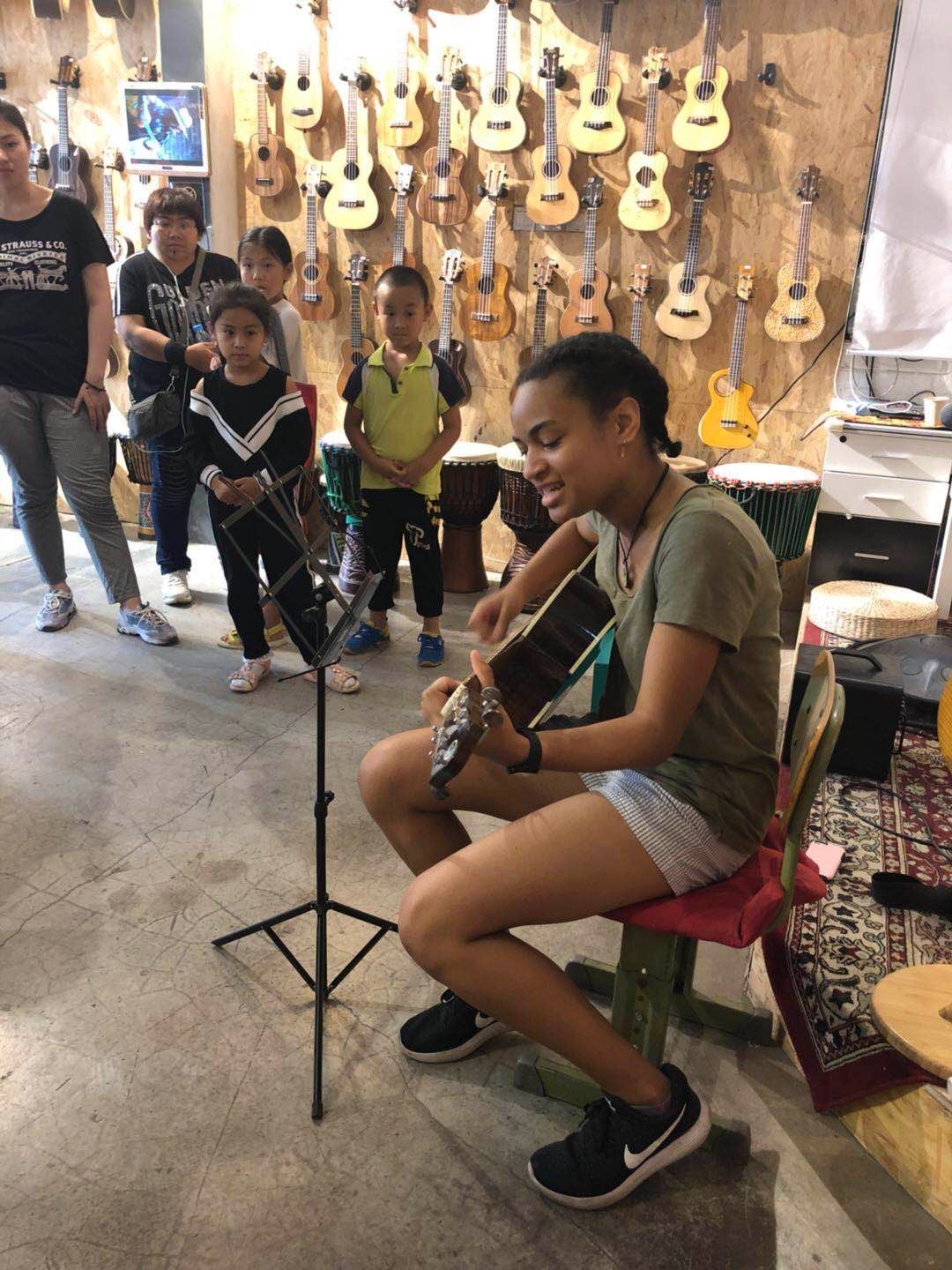 Today we woke up on our tenth morning in China. After mostly a relaxing day before, the day we were going to have was going to be action packed. We left campus at around 8:00am and headed to a Beijing suburb to explore the caves of Fangshan Shihua. The second we walked into the cave I was surrounded by the damp air and natural erosion. Being over six feet tall some parts were difficult to access because of the low hanging ceilings but some of the caves were extremely vast. After many declines and inclines, we made it out of the caves and back into the warm sunlight.

Our second part of the day was attending an acrobatics performance. I was incredibly fascinated and anxious about watching these performers doing flips and tricks while being incredibly high in the air. There was one performance where they fit seven motorcyclists into a metal cage and they zoomed at high speeds and I could hardly watch I was so nervous.

Our last part of our day was visiting the Olympics park. We went to the national stadium where we were told it could sit up to 1 million people. Overall, my day was diverse and showed the many different angles of Beijing and it’s culture. 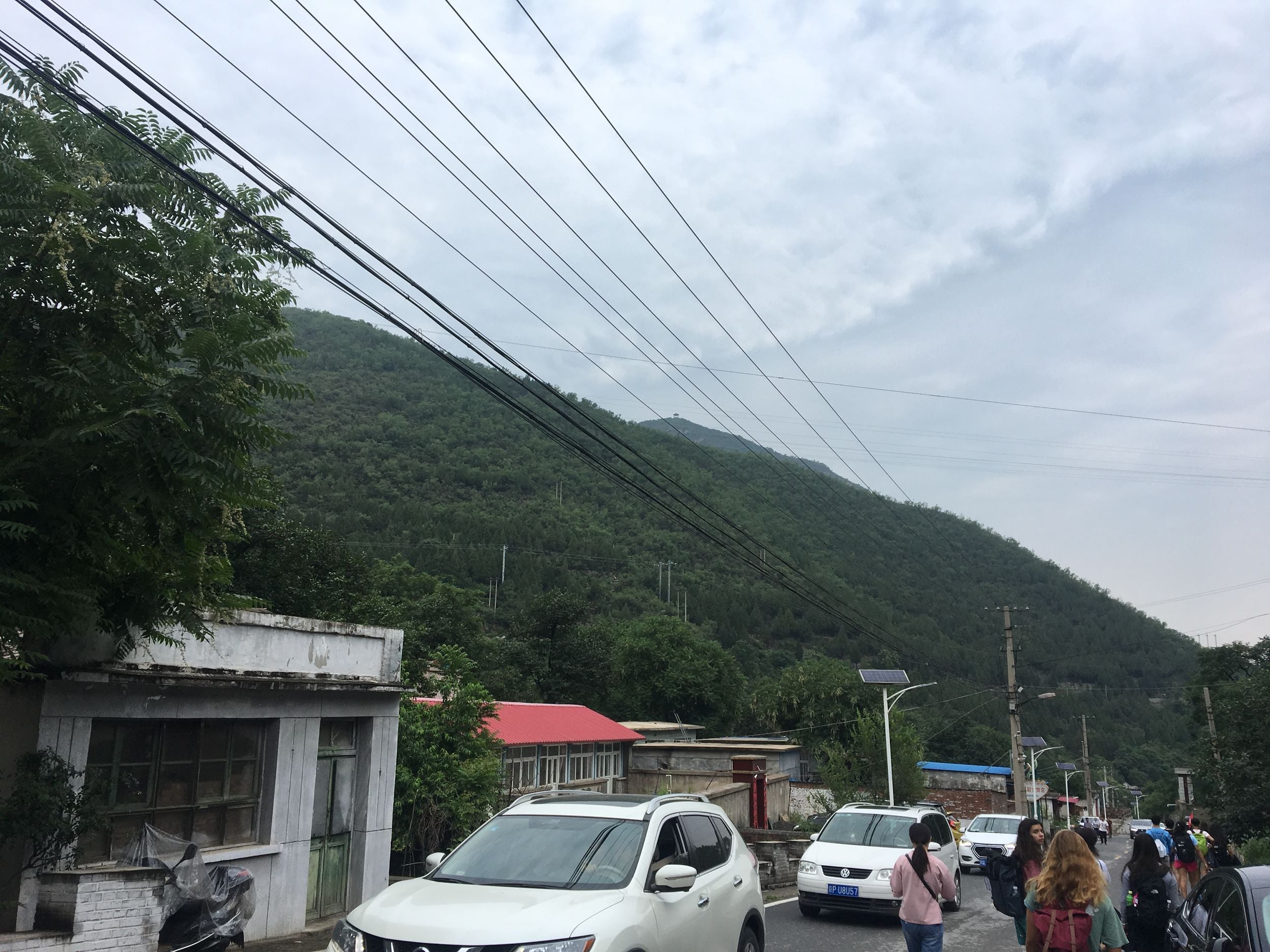 Today we had both a jam-packed and fun day. After a nutritious breakfast, we got on the bus, and headed towards Beijing 798 Art Zone. Immediately upon arrival, we were greeted with some very cool graffiti and street art. The area used to actually be a military factory, which has since been turned into and reborn as a thriving place for artists. We were given the freedom to walk around and explore the area. 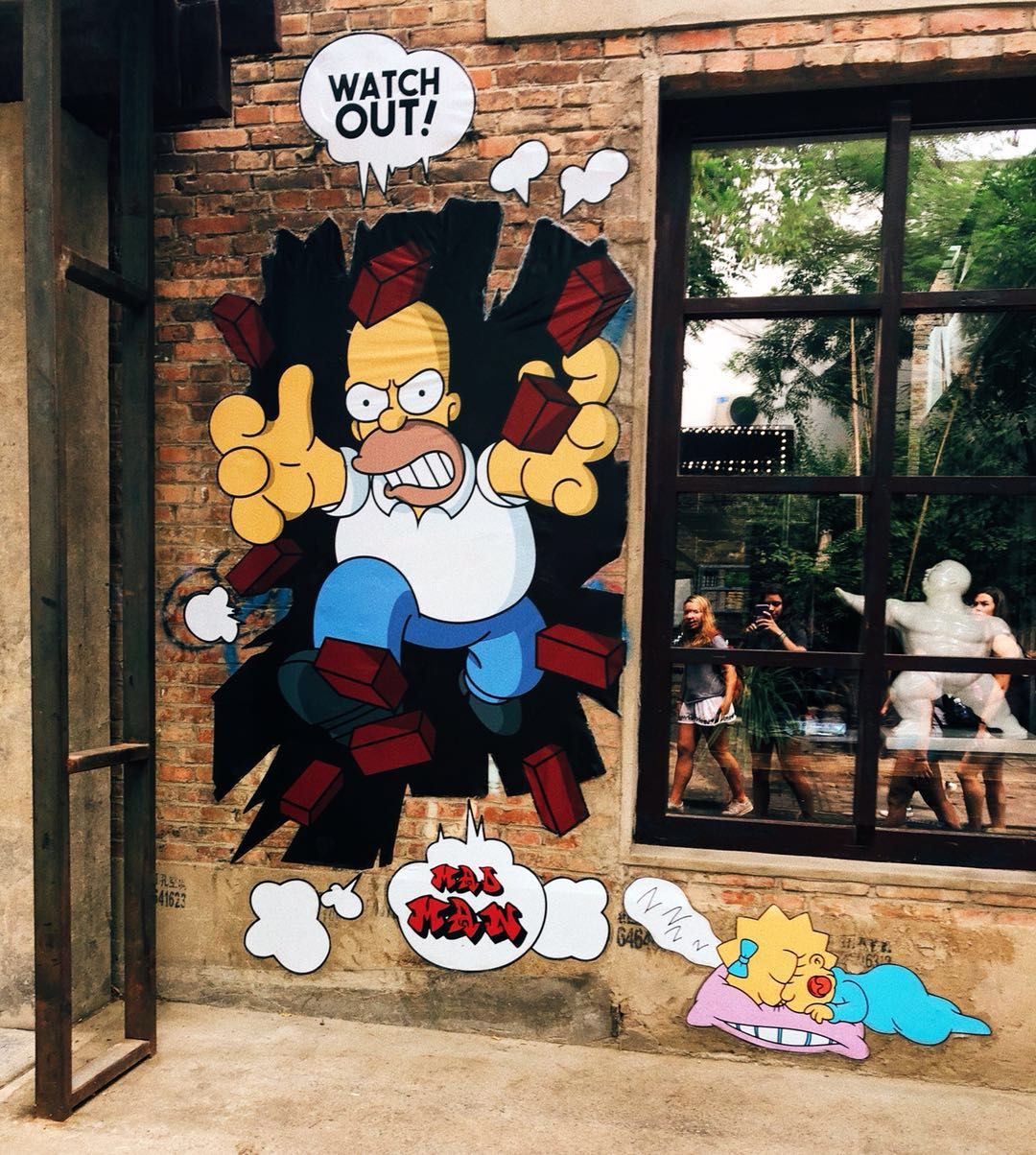 Right away, it was apparent to me that I would enjoy it. The district seemed like one that a young hipster would frequent. There were multiple coffee shops per block, art galleries, outdoor sculptures, and lots of trendy stores. We stopped into many of the art galleries, which had everything from traditional Chinese paintings to Modern Art. After a bit of shopping, we began to find a coffee shop for a much needed pick me up. Ultimately, we decided on Voyage Coffee, a bicycle coffee shop hybrid. I ordered the Kenya Cold Brew, which was incredibly good and didn’t need any milk or sugar. Once we finished our coffees, we headed back out for some more exploring. We entered a music shop, and did some browsing before searching for a guitar. Vera Menafee picked one up, and we encouraged her to play something. After some coercing, she began to sing an original. Soon people began to quiet down, and a crowd formed around our young talent. One of the shop employees sat down next to her and kept a beat on a cardboard box. It was a really incredible experience.

Sadly we had to leave to go to lunch, though many of us wished we could have had more time in the great area. We ate lunch at Bai Jiao Yuan which was both tasty and fast. Once lunch was finished, we hopped back on the bus and headed to Silk Street Market. Our tour guide, Tian Laoshi, gave us instructions to be careful and polite, and know that everything in the market is a knock-off. Most importantly, always try to pay 10 to 20 percent of the list price.

The market was filled with tons of tourists. We were quickly overwhelmed with the huge selection of mostly luxury brand dupes and the aggressive sales people that tried to lure us into their stores. Once inside, the sales people would follow us around even after we told them we were just browsing. We ended up buying a few things, and tried our hand at haggling. They obviously could tell that we were young and inexperienced, so we definitely over payed on our first purchase. We improved and soon found that tactics like saying to each other that we should check other stores, or just walking out, helped increase our bargains.

Overall, today was a long, tiring, and overwhelming day, but also one of my favorites so far on the trip. We have six days left in Bejing, and I can’t wait to see what they bring! 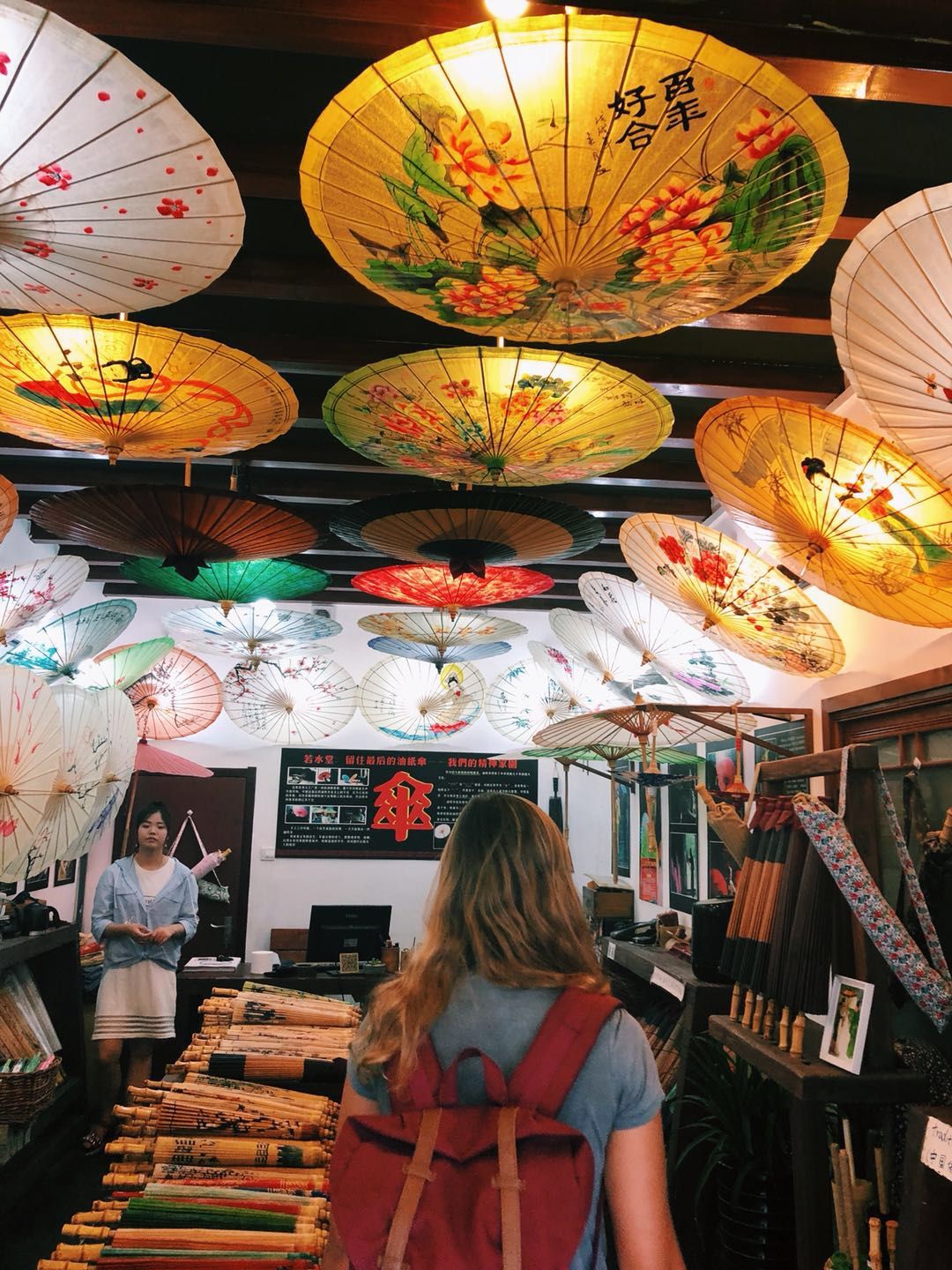 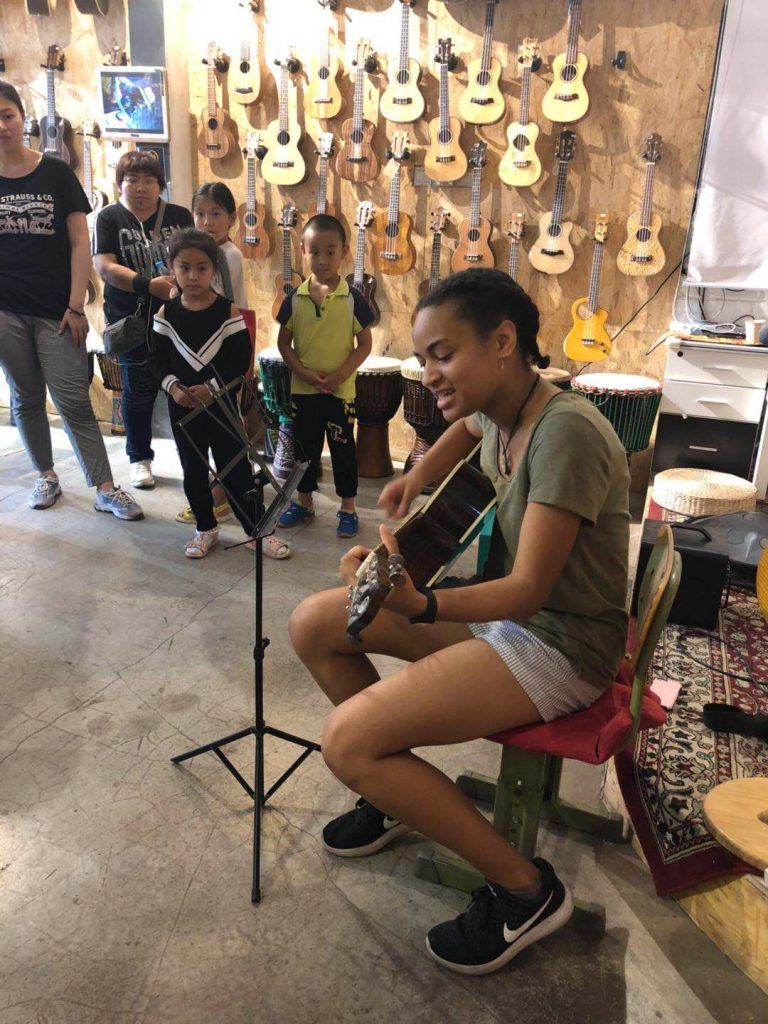