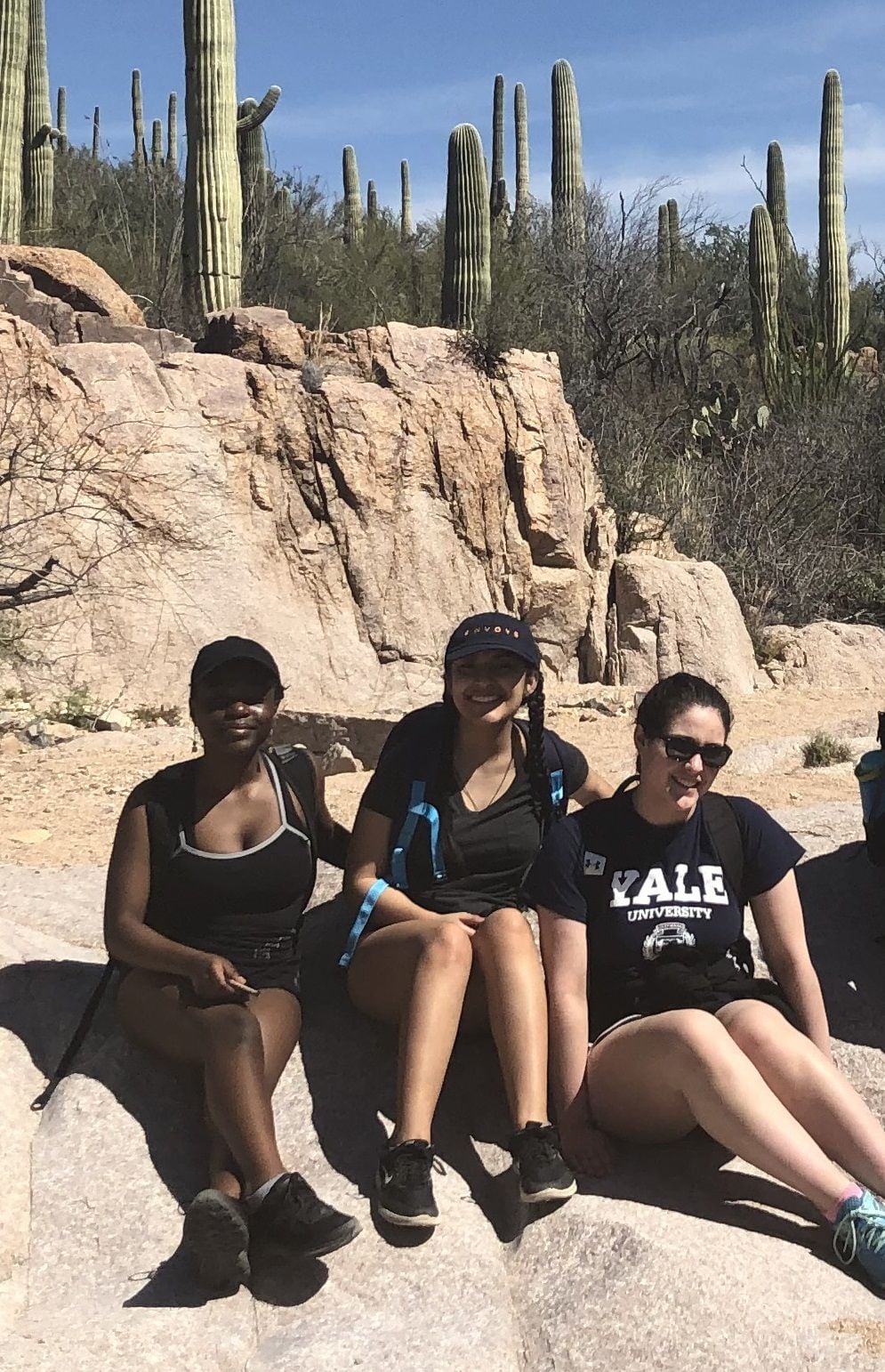 “This journal entry is a series of poems and short narrations written about my experience in Arizona. In the works, I discuss what I saw and what I felt,” Adebisi Akilo ’21

Needle-like palm trees whose palms are notably dwarfed, maybe as a result of the Arizona climate. I do not think they are native here, in the midst of the shorter, sturdier trees whose green leaves have the wingspan of great, great birds, the palms are painfully displaced here. They seem unnatural here, in this place they are almost-alien

A man standing, his arms raised up, held by the master strings of animation. A stance of submission, his palms face me, weaponless. His face unmoving yet humbled. But, he is not defenseless. Thousands of sharp blades stand erect in rows, innumerable, like the soldiers of the Persian Calvary. His defenses are not down, and mine, shouldn’t be either.

-a Saguaro cactus in the desert

Things borrowed and things stolen, redistributed amongst pockets of dust and triangles. All structures alive and animated, but muted, out of respect for the death that hangs here, frozen and lifeless, but roaring.

-a dialogue between a white, American woman and a non-English speaking African woman

The Desert Makes Everything Simple

The world is broken up into square plots of land
Some pale and arid, other parts dark, and rich, and deep
Still nothing, still dirt
But we’ve got the fences drawn up so high that we can’t see
we are living the same

All drawn to the same oasis and the same charms
All yearning for more than just desert
In the middle of one of God’s most unforgiving climates
we all yearn for more, still

And the white borders of our square plots lie flat
and unyielding like bones
They were put here long before we knew this place
And so, the raging sun torments them
and they will eventually return to dust, like everything
else that passes through this desert

But we calcify these white bones with walls and fears and delusions
And sickly, we scorn the natural order of the Sun that is Lord
over all life

Even though, we too, will return to dust, in this desert
Still nothing, still dirt

Meaning body or corpse in Spanish. The rotting ones line the desert creating a mucous membrane on the once porous border. And to think all this flesh would satisfy the desert. Millions of bodies of water evaporated like a singular raindrop. And to think all these bodies would satisfy America. But a cauterized mouth is never fed. And even emaciated, she is beautiful. All the fire in her eyes, as though they hold thousands of embers, as though she pulled the vitality out of those fallen people, because she did, and we let her. And she is still so beautiful with pert lips, sealed. Showing sometimes, her rows upon rows of white teeth. You would never have guessed that behind those white teeth, are the whispers of sins, decaying and scarred over. But you will never see them. You will never get past the charm of those eyes. So, listen for the voices. They are wailing.

There has been so much death.

-thoughts after speaking with representatives of Colibrí Center

This is a twisted homecoming. I had to watch as Nogales split herself into two, the Lesser Half and the Greater Half. And a fire runs right along the seam, engulfing the people on either side. Families bound in legislation and technicalities, suspended by the desires of the ill-intentioned. Sneering men and their guns are the law here. We speak in hushed tones, as they pass. There are bodies buried underneath the medley of rock and sand beneath my feet. The tears of their families send this desert wasteland into bloom. Blood runs red in the rivers, regardless of the nationality of its host. I know fear, like I know my name. This is a warzone heritage, but it’s mine.

-seeing Nogales, Arizona and Nogales, Sonora written from the inspiration of a Mexican migrant who lives in Nogales 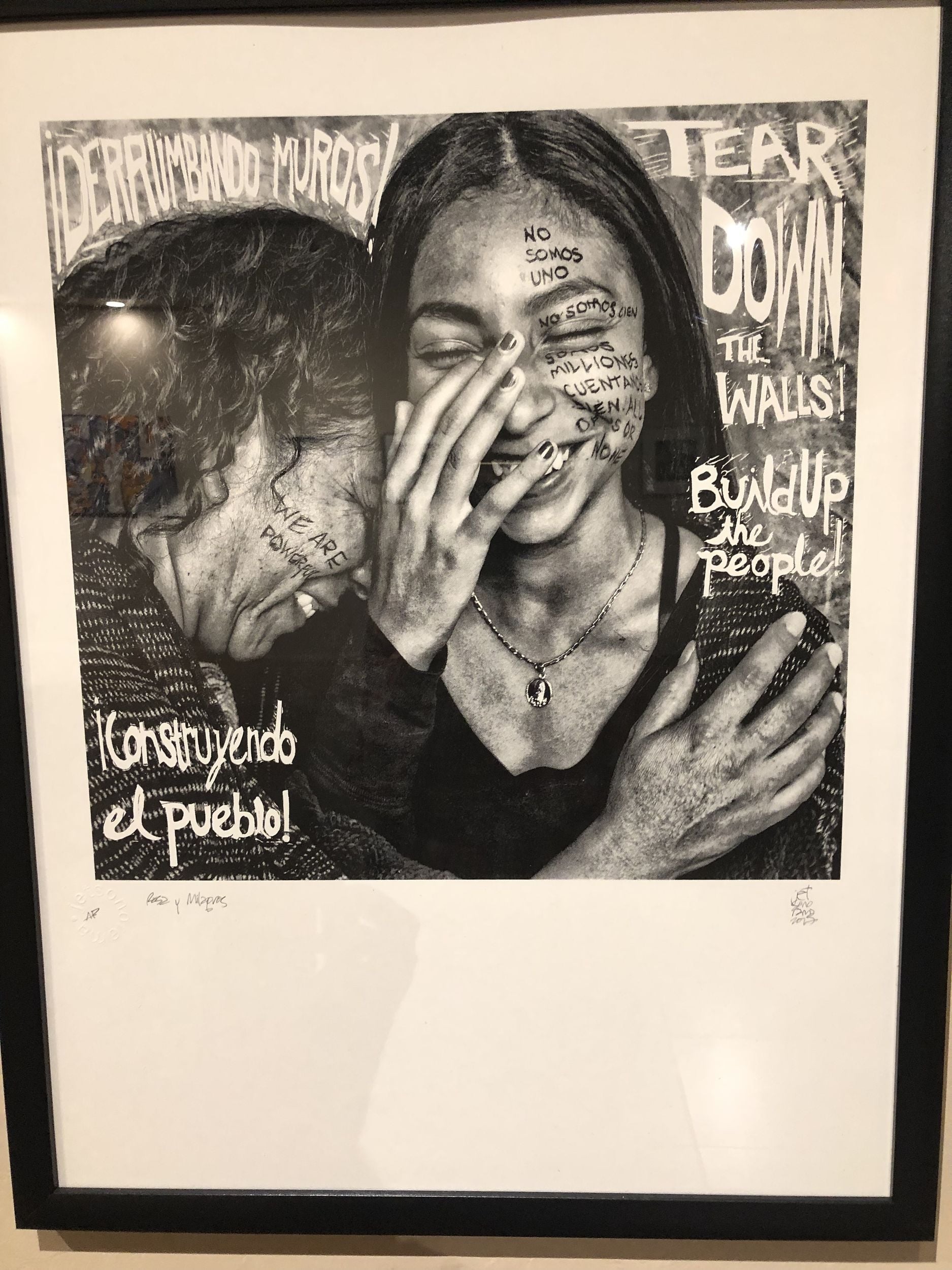 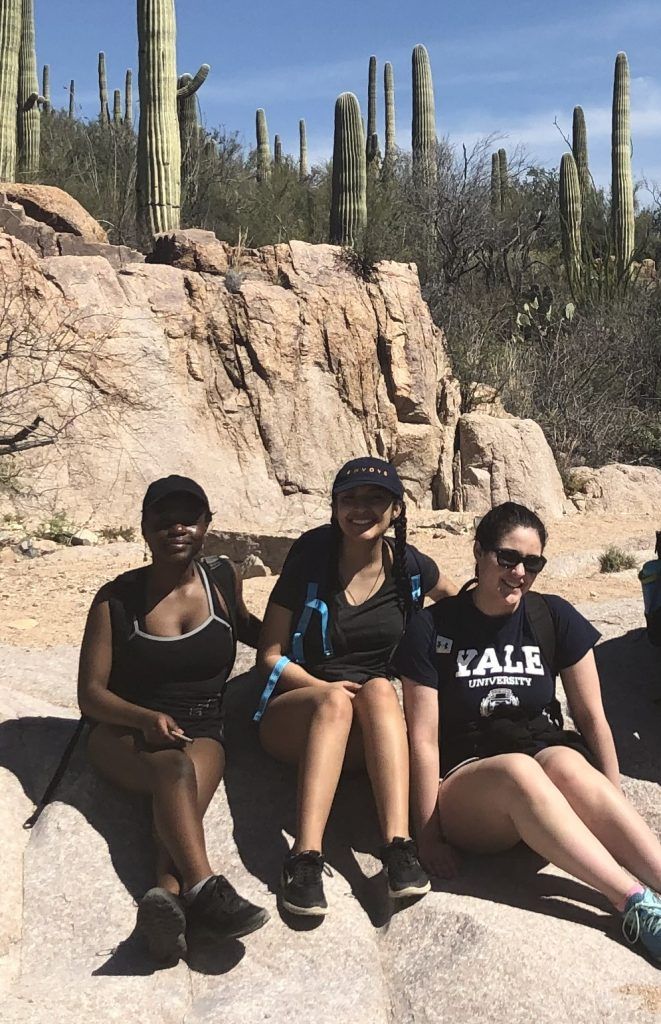