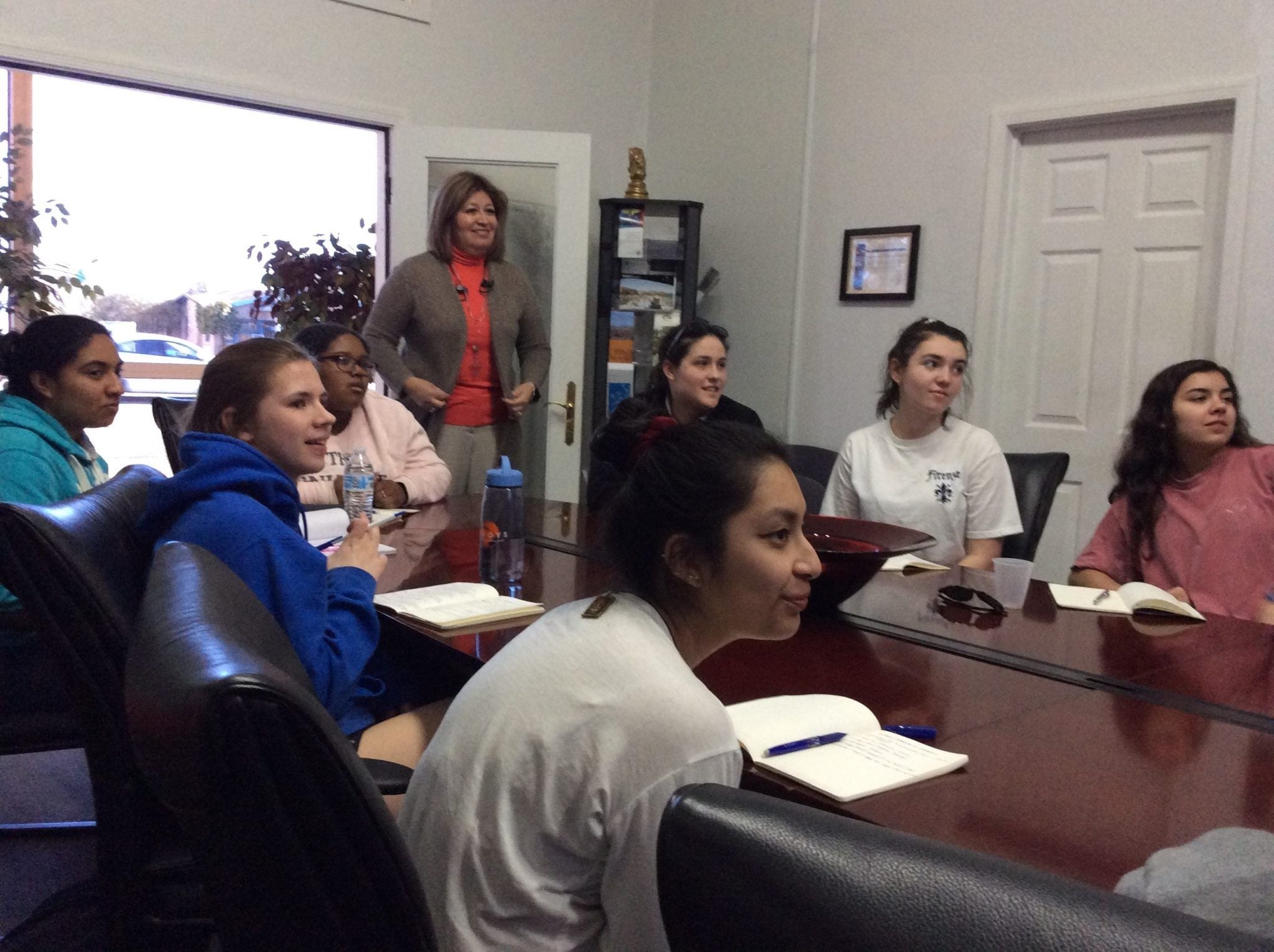 Grace Mazur ’20 comes to understand that although the immigration system is a complex issue, connecting “with our why,” is “what’s going to carry you through your challenges.”

Today, more than 65 million people are displaced around the world.

So read the flyer of the event we participated in today, called “Walk a Mile in a Refugee’s Shoes.” We had visited the IRC (International Rescue Committee) two days earlier to learn about the experience refugees face and what the process of becoming a refugee is like. On this beautiful Thursday, a group of us headed over to this event, where a field was set up with several tents. Some familiar faces from the IRC directed us to Border Patrol, the first station, in which volunteers handed us identification cards and told us to know the information on it.

At the second station, a large group of us squeezed into a small tent, representing the shelters in refugee camps. The next tents presented challenges related to food, water, access to medicine, and education. I know I take these things for granted, but I don’t know how much I do. Each of these things I see as basic necessities present real challenges for real people. The weight of this still hasn’t fully hit me.

I didn’t just learn more about the issues presented by the realities these people experienced. I learned about the people themselves. The cards we received at the entry station represented actual people who currently live in Tucson. At the shelter station, we talked to Emmanuel, a young man who fled the Rwandan genocide at the age of 17, was separated from his family, and waited for 20 years in a refugee camp before being granted refugee status in the United States.

At the education station, Meheria told us to close our eyes and imagine going to school for years, then all of a sudden being forbidden to go to school because we were women. She told us to imagine not being allowed out of the house for the same reason. What would we do? We thought about it. We then opened our eyes. “This story is my story,” she said. She fled her home country with her mother after the Taliban took over the government. They found a male stranger also fleeing, and they pretended to be a family. She said she thought they were going to kill her at each checkpoint they reached. 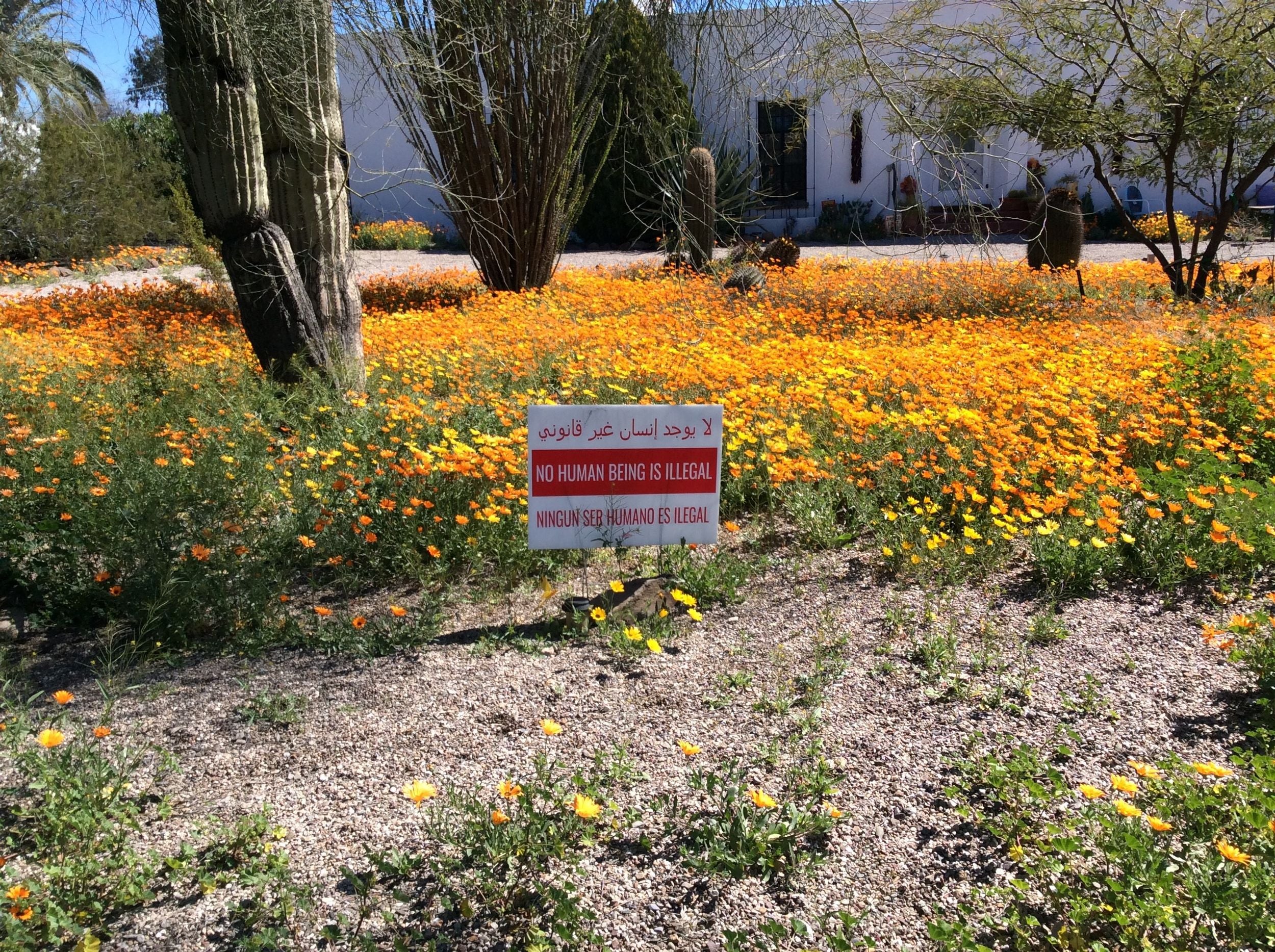 This has been an emotionally challenging week for all of us. As each of us learns about this complex issue from another perspective, whether it be from a conversation with a dreamer or with a Red Cross volunteer, we are challenged to not just accept it, but to apply it. It has been hard to process. Sometimes, I am unsure of what to do with the information.

When we arrived at the Hispanic Chamber of Commerce later in the day, the people there greeted us warmly. I quickly got the sense that these four people functioned as a family, and that they were inviting us in. As they spoke with us about their work promoting business opportunities for Hispanic people and for women of color, they gave me hope. They were so encouraged that we were simply there, asking questions, engaging with them, and genuinely interested in what they do. In talking about the success of one client of theirs, they said “We were part of the dream,” a part of his story, and that gave them hope. They urged us to connect with our “why,” saying “that’s what’s going to carry you through your challenges.”

At times, it’s easy to be overwhelmed by all that we are learning. I have learned about so many facets of this issue, and each of them presents its own problems. 65 million is an overwhelming number, especially after conversing with just two people who have been resettled in the United States.

I have learned that there is a lot of injustice in the complex immigration system, though I know I have only just begun to learn about it. In learning the stories of the people around me here, I am connecting with a why. I believe this “why” can carry all of us through our challenges as we work together to fight for a just world. This issue can’t be solved through one person, nor even one organization. Countless times, the people we have met with have told us that we are their hope. They, too, give me hope. We all bring a different “why,” and we need to as we work together for a common hope. 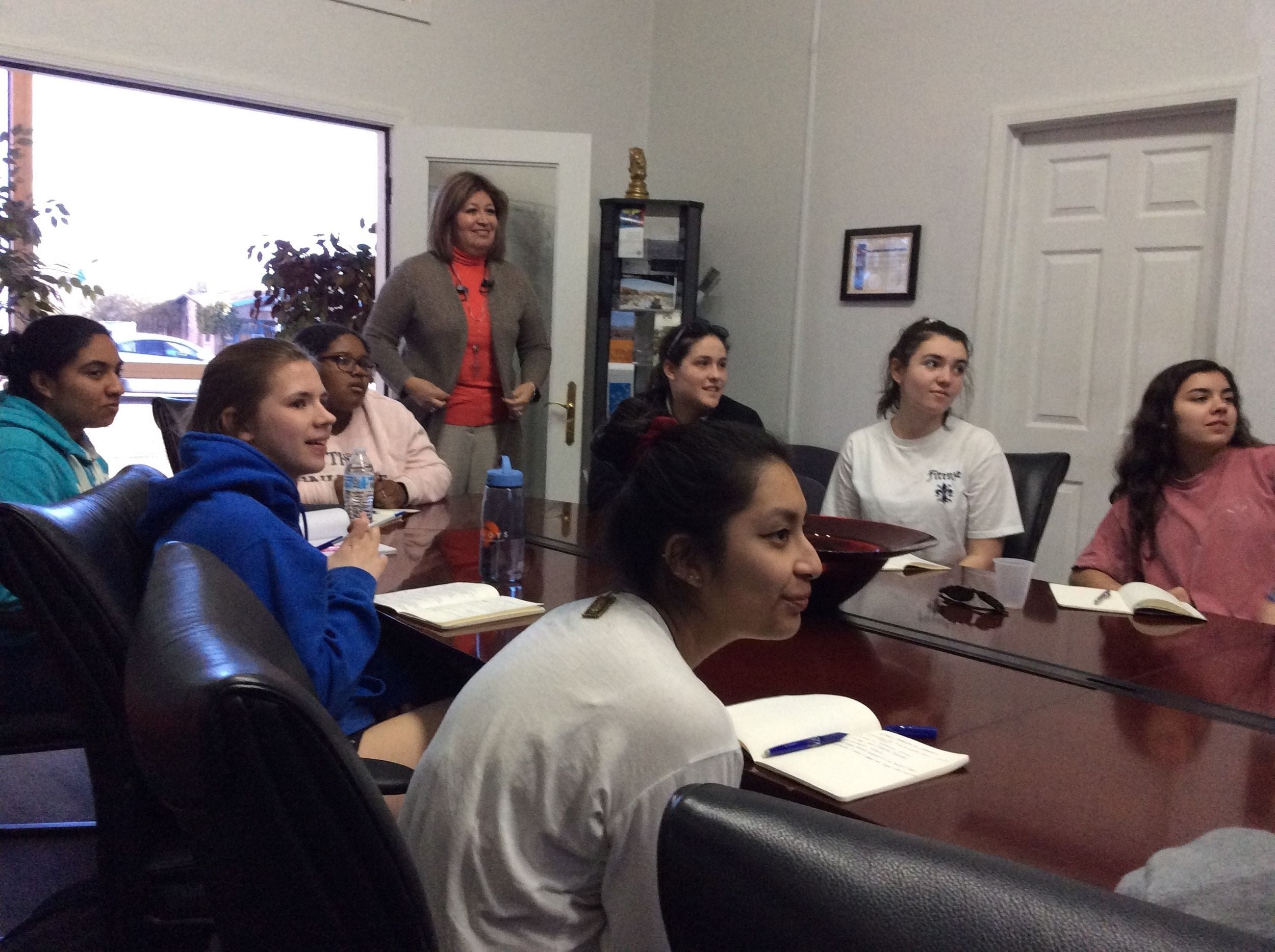 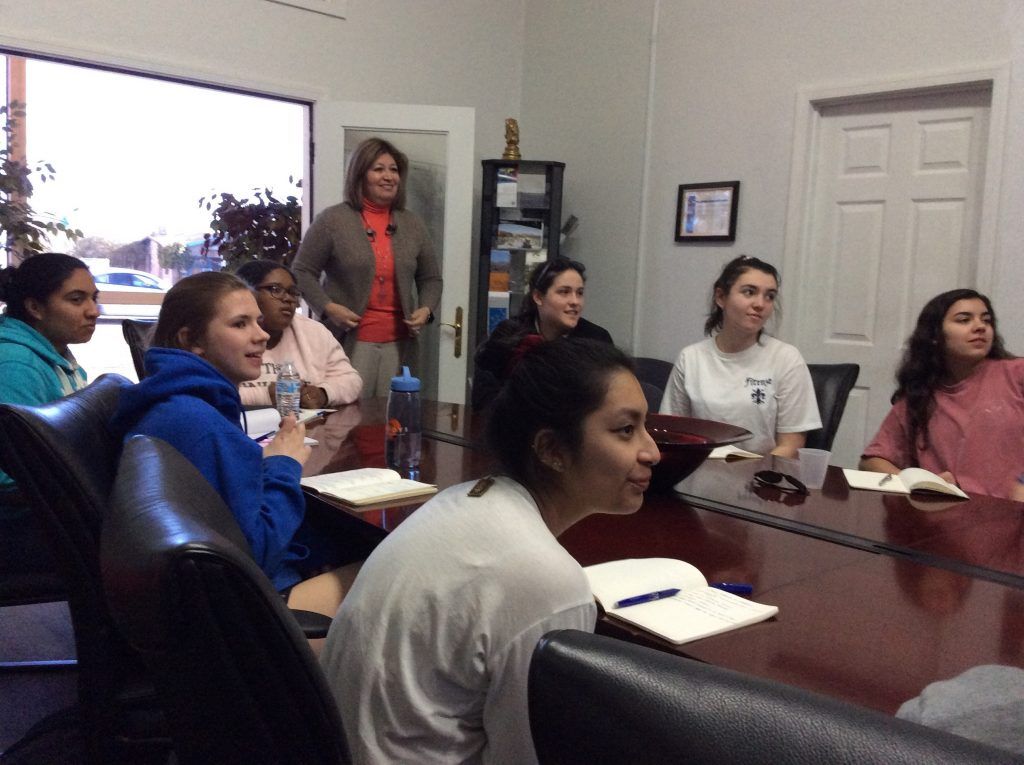