As part of our ongoing and collective work as an educational institution dedicated to student thriving and a commitment to free and open inquiry and expressive freedom, Head of School John Austin and the Deerfield Academy Academic Affairs Office are pleased to present an inaugural event: Facts, Falsehoods, and the Future: A Deerfield Forum. This year’s Forum, an All-Academy event, will take place on April 19 at 7:00 pm in the Hess Auditorium.

As an institution, Deerfield has long believed that diverse perspectives fuel creative and innovative thinking and build empathy and consideration. To continue to encourage school-wide discussion and ensure diverse perspectives on issues of contemporary urgency, we introduce the “Deerfield Forum,” which was first proposed by longtime Academy history teacher Joe Lyons, to provide regular, sustained, and, in some instances, required opportunities for listening and conversation among the student body.

The Forum will model scholarly and civic engagement; and, by staging conversations among scholars, professionals, and civic leaders, promote constructive dialogue and active open-mindedness—a defining feature of Deerfield’s intellectual culture. 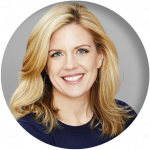 Libby Leist is a Senior Vice President for TODAY and NBC News. In this role, Leist oversees a portfolio that includes NBC News’ TODAY, TODAY.com and the streaming channel TODAY All Day. She is responsible for managing TODAY brand editorial content, business development, ad sales, marketing and e-commerce.

A 20-year veteran of NBC News, Leist was the Executive Producer of NBC News’ TODAY for the 7, 8, and 9 am hours, from January 2018 through January 2021. She was responsible for the program content of TODAY, and she led the broadcast’s management team and staff. Under Leist’s leadership, TODAY won the Daytime Emmy for “Outstanding Morning Show” in 2020.

Leist started at TODAY in 2013 as a senior producer overseeing the 7 am hour. In that role, she oversaw day-to-day programming. She also led the show’s political coverage and special events, including TODAY’s historic broadcast from inside the White House in 2016 and three presidential candidate town halls. She was instrumental in the production of major show events including TODAY’s coverage of the Sochi, Rio, and Pyeongchang Olympic Games.

Leist began her career at NBC News in 2001 as a desk assistant in NBC’s Washington Bureau. Over the course of twelve years, she became Andrea Mitchell’s State Department producer—a role for which she traveled the world—and then took on several senior producer roles in the bureau, including MSNBC’s The Daily Rundown and Capitol Hill producer. During that time, Leist produced interviews with President Obama, Secretary of State Hillary Clinton, and Secretary of State Condoleezza Rice.

Dr. Ronald A. Crutcher, a national leader in higher education and a distinguished classical musician, was the President of the University of Richmond from 2015 – 2021. Dr. Crutcher is also President Emeritus of Wheaton College in Massachusetts. Prior to Wheaton, he was Provost and Executive Vice President for Academic Affairs at Miami University of Ohio.

Throughout his 44-year career in higher education, Dr. Crutcher has consulted with higher education institutions, non-profit organizations, and corporations in the USA and abroad on issues related to organizational culture, especially bridging racial and cultural divides, as well as diversity, equity, and inclusion. He is Chair of the Board of the American Council on Education (ACE) and has previously served on the boards of the Posse Foundation, the Association of American Colleges and Universities (AAC&U), the Fulbright Association, and the Association of Independent Colleges and Universities in Massachusetts. His thematic memoir, I Had No Idea You Were Black: Navigating Race on the Road to Leadership, was published in February 2021.

Dr. Crutcher began studying cello at the age of 15. He made his Carnegie Hall debut in March 1985 and was the first cellist to receive the Doctor of Musical Arts degree from Yale University, where he also earned his master’s degree. During his graduate study, he received a Fulbright Fellowship, a Ford Foundation Doctoral Fellowship, and a Woodrow Wilson Fellowship. For almost forty years, he performed in the US and Europe as a member of The Klemperer Trio. He has served on the boards of the Boston Symphony Orchestra, the Cleveland Orchestra, the Richmond Symphony, and the Berklee College of Music. Earlier in his career he was President of Chamber Music America, Director of the Butler School of Music at the University of Texas at Austin, and Dean of the Conservatory at the Cleveland Institute of Music.

Learning to Listen in Polarized Times

Let’s Talk About Race (An Interview with Ronald Crutcher)

Jiayang Fan has been a staff writer at the New Yorker since 2016. She covers a range of topics, from international politics to culture to food. She is at work on her first book, Motherland, forthcoming in 2023.

George Orwell’s “Little Beasts” and the Challenge of Foreign Correspondence

How My Mother and I Became Chinese Propaganda 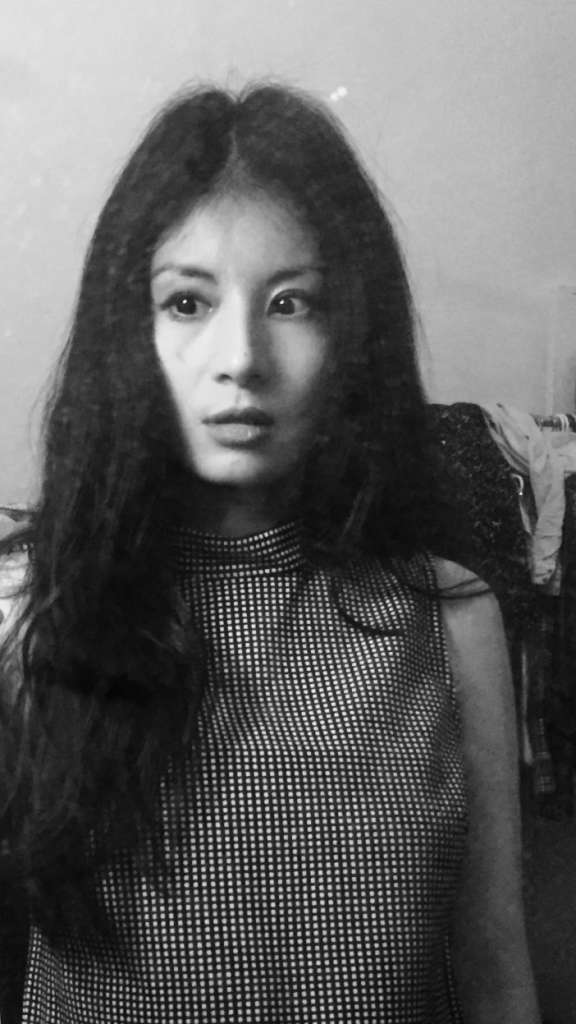 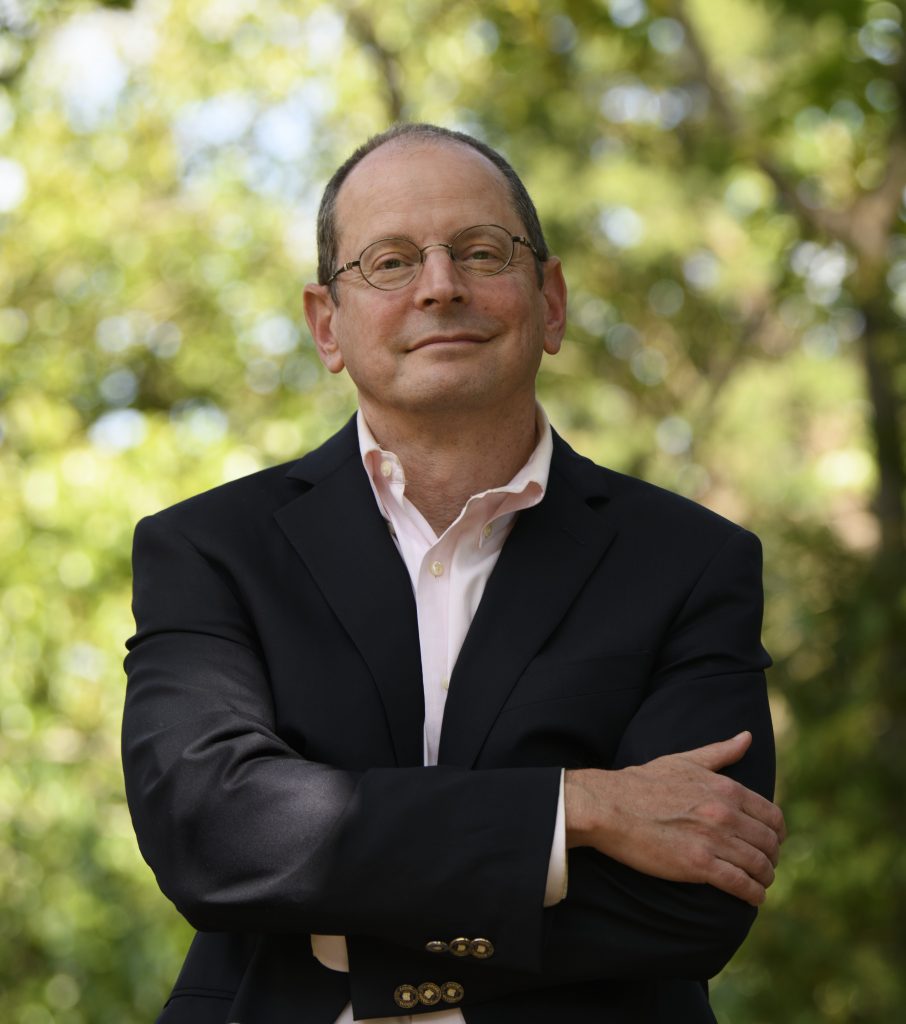 Jonathan Rauch is one of the country’s most versatile and original writers on government, public policy, and gay marriage, among other subjects. A senior fellow of the Brookings Institution in Washington and contributing writer of The Atlantic, he is the author of eight books and many articles and has received the magazine industry’s two leading prizes: the National Magazine Award (the industry’s equivalent of the Pulitzer Prize) and the National Headliner Award. Major topics of his writing and speeches include:

Jonathan is also the author of a memoir, Denial: My 25 Years Without a Soul, and books on Japan and financial-system reform. He has written many articles, on everything from government and public policy to introversion to animal rights, for publications including The Atlantic, National Journal, The New Republic, The Economist, Reason, Harper’s, Fortune, Reader’s Digest, U.S. News & World Report, The New York Times newspaper and magazine, The Wall Street Journal, The Washington Post, The Los Angeles Times, The New York Post, Slate, Salon, The Chronicle of Higher Education, The Public Interest, The Advocate, The Daily, and others. He has appeared as a guest on many radio and television shows, including NBC’s Meet the Press and NPR’s NewsHour.Jon takes pride in being a thoughtful, dynamic, and well prepared speaker, focused on giving sponsors outstanding value for money and communicating important and often counterintuitive ideas to his audiences in a direct, personal way. His keynote speech for the American Academy of Home Care Physicians was rated as “phenomenal” by the sponsor.

The Constitution of Knowledge

Have Tribes Become More Important than Our Country?