In a highly anticipated match-up, the varsity field hockey team welcomed the Hotchkiss Bearcats to the Pioneer Valley with the hopes of avenging last year’s 0-2 loss to the perennial Western New England champion Bearcats. In a commanding 4-2 win over the Bearcats, the Big Green avenged last season’s loss and furthermore snapped a 17-year winless streak versus the Bearcats.

On Saturday, the girls in green took the field against a talented, fast, and strong Hotchkiss team.  Within the first minutes of the game, Hotchkiss took the ball down the field, threaded the defense, and earned a corner. Hotchkiss ultimately converted on that corner to take an early 1-0 lead. An instrumental time-out reminded the Big Green players that there were still 57 minutes left to play. Within a minute of the time-out, Deerfield had scored its first goal from Maggie Roche ’19 and the game was tied. Despite big plays on both ends, the score remained 1-1 at the half.  After two goals by Mimi Pastor ’19 and a penalty stroke by Meredith Heaney ’19, Deerfield was in the lead 4-1 in the second half.  Hotchkiss responded quickly from its own time-out with a goal of their own in our net making the tally 4-2 with 10 minutes left to play. The final minutes were tense as the ball was moved quickly from one end-line to the other, but as the clock ticked down the last seconds, Mimi Pastor ’19 had control of the ball on her stick in the Big Green’s offensive end and the DA girls knew they had the win!

Maddie Zavalick ’22, Meredith Heaney ’19, Hannah Roche ’21, and Sharon Kereke ’19 made big plays for the Big Green. The win was a team effort, and when “shout-outs” were made after the game was done, every player was mentioned.

Next up, the Big Green has their first away game of the season vs. Milton at Pomfret on Wednesday, September 26. 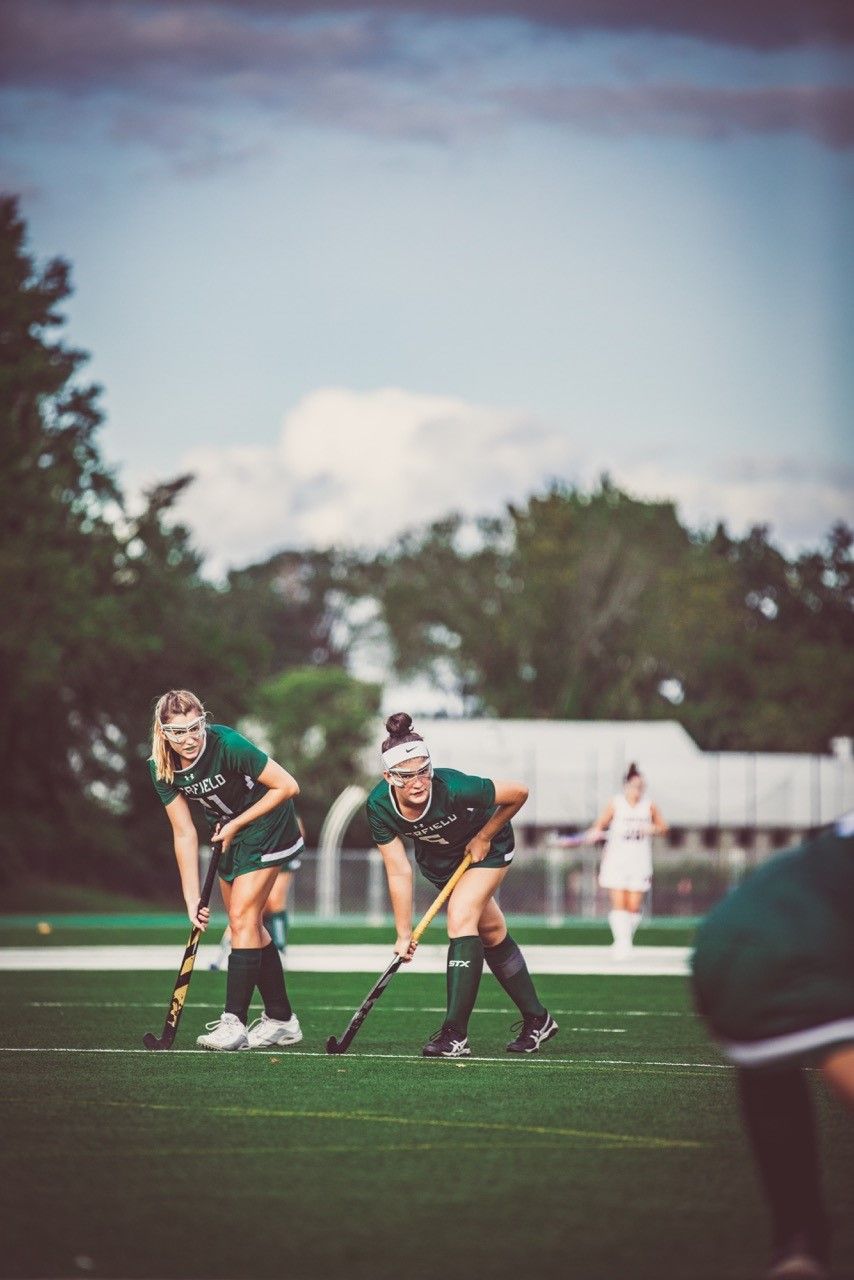