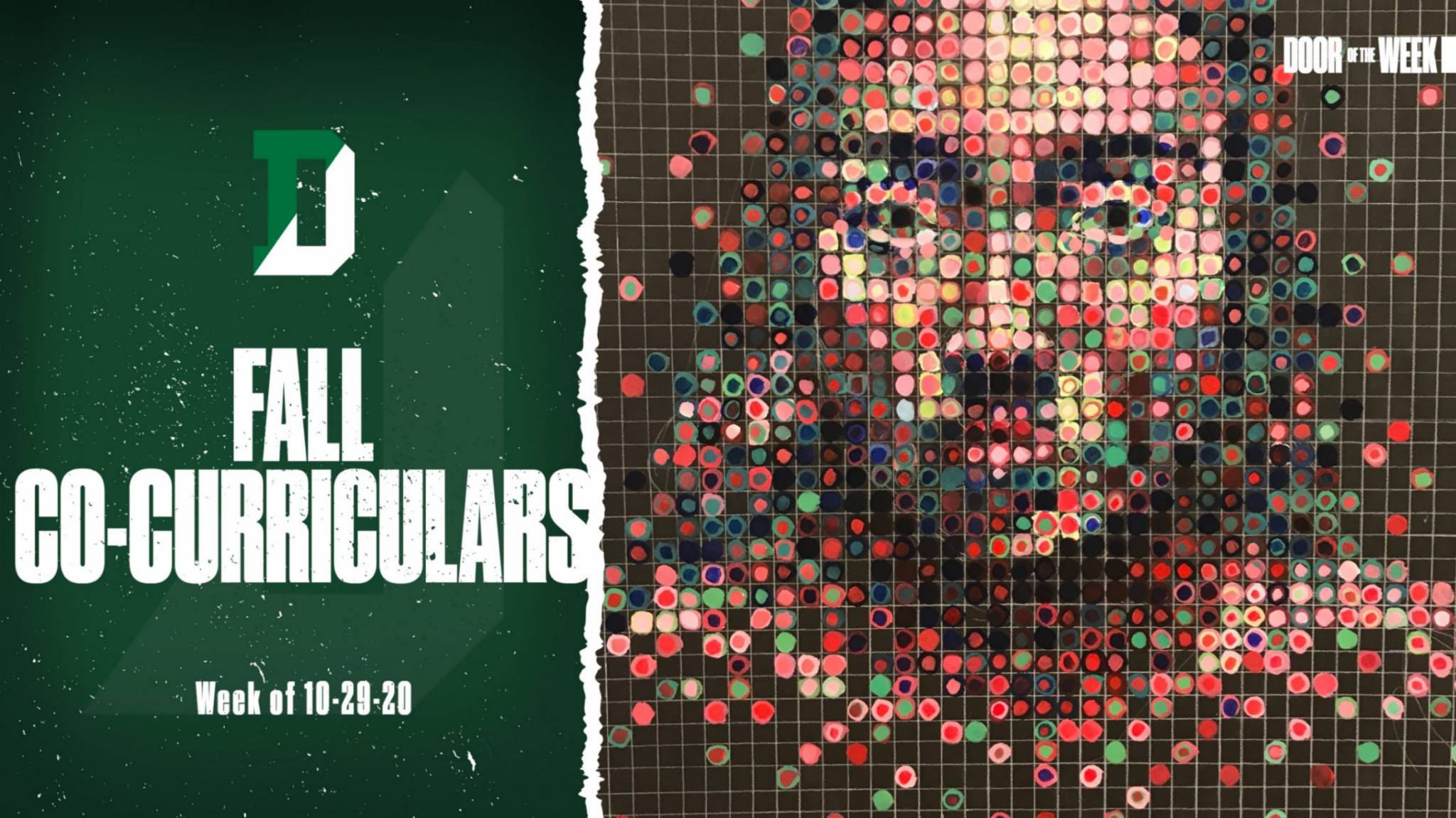 Girls JV Soccer: Ella Hynds ‘23
Ella Hynds earned JV soccer’s Door of the Week for her outstanding defensive performance in our green vs white scrimmage, and for her continued positive attitude, willingness to learn, and for being a good teammate. Ella always has a smile on her face, and is willing to work with anyone in any drill, to the best of her ability. She consistently asks how she can be better during scrimmages, and is always working to fine tune her game. Her stalwart defensive play helped her team earn a 2-1 victory in our first Green vs. White scrimmage, where she constantly was shutting down the offense, and clearing out balls. She’s been a pleasure to coach and we are happy to have her on the team!

Boys Cross-Country: Fall 2020 Team
The whole team deserves commendation for the way that they calmly took the news of their race cancellation despite having worked so hard to prepare. This is a group that loves to train, loves to race, and could have taken the loss of their race really hard. Instead, they were professional and focused, and all my communication with them has showcased their understanding of the challenging circumstances of our times, as well as the simple truth that the only controllable element, for any racer at any level, is the individual’s preparation for and response to conditions. Despite the challenging end to the week, I’m confident that they’ll bounce back better than ever.

Boys JV Soccer: Jarvis Shema ’23
Jarvis leads by example, always putting team soccer as his top priority at practice. He’s a “glue guy” whose presence would be missed maybe more than it’s directly felt. He’s always enthusiastic, punctual, on task, supportive of his teammates, and plays with intensity and pride. Even with his smile hidden behind his mask, you can sense his warmth and kindness. All this amounts to natural and genuine leadership.

Art: Natasha Leong’21
The Chuck Close inspired self-portrait has been a signature of our Post AP Studio Art curriculum in Spring term for years. Natasha and her classmates, in Post AP Studio Art, could not get to do this portrait last Spring when they had to stay home as a result of the pandemic. Natasha was hoping to do this assignment since she was a first year student at DA, and when she joined the art co-curricular this Fall as a Senior, she finally got to work on this assignment. I think that she did a fabulous job! She is looking forward to adding it to her college portfolio.

Girls Cross-Country: Fall 2020 Team
The entire girls xc team is nominated for door of the week this week, as they have managed to keep their spirits and motivation high, even after their one scheduled race of the season was cancelled on Saturday. They are also consistently supportive of one another, they embrace even the rainiest of workouts with a smile, and they show up every day ready to run and enjoy being outside. All of the coaches feel grateful for this team!

Varsity Field Hockey: Ainsley Hubbard ’22
Ainsley Hubbard, a new junior on the varsity field hockey team, contributes and plays with the confidence and skill of a returning player.  She leads drills and games with her tenacious play and smart stickplay.  Demanding only the best from herself and her teammates at each practice, she has made the most out of this unusual season.  Even outside of the practice slot, you can find Ainsley practicing shots on the cage and moving the field hockey ball around on the turf.  We are thankful for her immediate ability to help lead this program.

JV Volleyball: Jermani Maker ’23 & Kaitlyn McKenna
JV Volleyball’s “Doors of the Week” are Jermani Maker and Kaitlyn McKenna.  Jermani has returned to the JV team this year with a renewed commitment to improving her skills.  She works hard at practice and demonstrates commitment and a sense of humor on the court.  Kaitlyn McKenna has joined our team in her senior year at Deerfield.  She is also making an impact both on the court and off.  She is always ready to try new drills and partner with new friends on the team.  Thanks Jermani and Kaitlyn for contributing to the ongoing camaraderie and success of JV Volleyball.

Boys Varsity Soccer: Nado Traversari ’22, Quin Stevens ’21 & Abdiel Torres ’22
Our keepers had an excellent week of practice and performed well in our Green and White scrimmage, each making some key saves. They have been working extra hard as Coach Carroll is providing some goalie-specific training.

Water Polo: Ben Chen  ‘21
One of three seniors on the boys’ team, Ben, our goalie, has been a vocal leader even though his teammates often have their backs to him on defense or are moving away from him on offense.  From his position in front of the cage, though, he skillfully directs his defenders and precisely initiates the counterattack with his passes.  The younger players and the next goalie will benefit from his example.

Theatre: Michael Fadugbagbe ’21 and Ally Atwell ‘22
Michael returns to the stage in his most complicated and taxing role to date – the Creature in Frankenstein.  Deeply talented as an actor and vocalist, Michael demonstrates what it is to be a fearless actor. Professional, focused and genuinely humble, Michael is a wonderful role model to younger and less experienced cast mates. You will not want to miss his performance in the Fall production!
New-comer Ally Atwell is a stunning find for the Theater Program! Mature, warm, and dedicated, Ally’s performance skills are superb, and she brings gravitas to her role as the Baroness in Frankenstein. She is a natural, instinctual actor meaning that she intones lines with perfection. Gracious, kind and consistently focused, we are beyond excited to welcome Ally, and to witness her future contributions to the Theater Program, which we hope will be many!

Boys Junior A Soccer: Thomas Lu ’23
Thomas switched sports from last fall, deciding to try something new. It hasn’t been an easy road as he works to catch up with his peers in the fundamentals of the soccer. But he has worked incredibly hard. He’s often first on the field and last off, and he’s constantly asking questions of his coaches and teammates to help him improve. All that dedication and study paid off in this week’s Green vs. White contest, when he was an active contributor up and down the field and kicked the most beautiful goal we’ve seen this season, a ball from outside the box that cleared the heads of a mass of defenders and snuck in just under the crossbar.

Girls Varsity Soccer: Sara Roberts ’22 and Kelly Howe ’22
Sara has become an even more reliable part of our backline this fall, giving great cover to her teammates and going in for hard tackles. Sara brings focus to our practices each day and actively seeks out ways to improve. It has been fun to watch her develop confidence and skill in the defensive line. Great work, Sara!
This season, Kelly has continued to demonstrate her strength of connecting in the midfield. She pulls off tight turns and quick changes of direction to get around defenders and play into the forwards. Kelly’s positivity and competitive spirit are contagious. She is attentive and focused in practice and puts her team first. She volunteered to jump into the center back position in our scrimmage this week and took on the role successfully. Keep it up, Kel!

Boys Jr. B Soccer: Alex Sotirhos ’24
Alex Sotirhos is boys Jr. B soccer Door of the Week! It is hard to top the level of energy and positivity Alex has brought to every single practice and scrimmage this year. His constant encouragement of his teammates and competitive spirit make him an excellent asset to the team. Alex’s skills have continued to improve throughout the year and were on full display in our most recent Green and White scrimmage where he scored three decisive goals for our team’s first hat trick of the season!

Community Spirit: Ella Mbanefo ‘22
A shout out to Ella for jumping in to score the last two games for the JV Volleyball team’s green and white scrimmages.  Ella went above and beyond and the JV coaches and players are really grateful to Ella for taking the time to help.

Football: Donnie Gray ’21
Donnie Gray continued to make big plays for the Big Green.  He paced the team in Wednesday’s scrimmage with a 45 yard explosive touchdown another 40 yard catch and run as well as a big interception.  Donnie’s coverage skills on the defensive side of the ball were impressive and he continues to get better with each opportunity to compete.  Great work Donnnie. 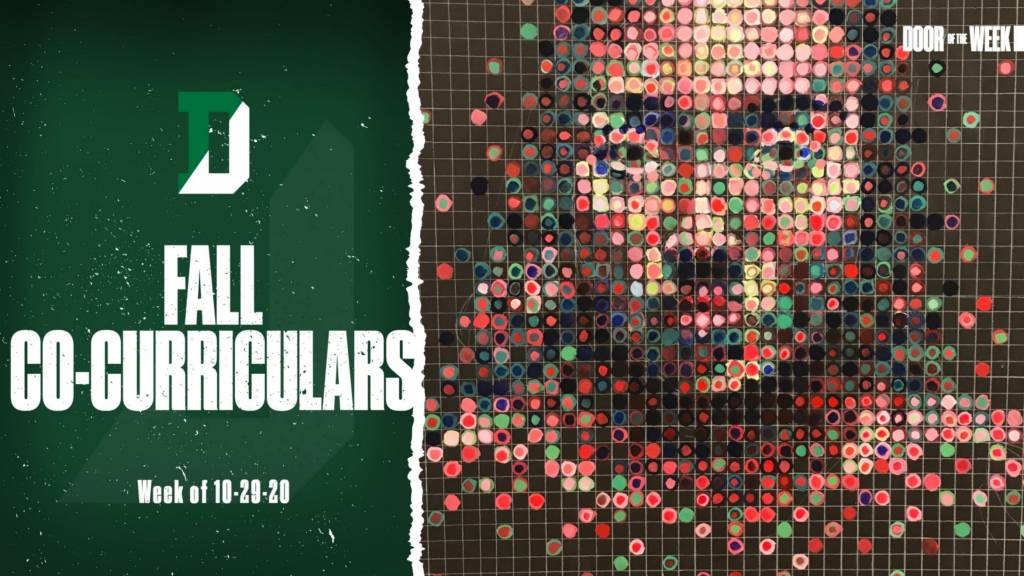