Angie Czeremcha has been a strong force all over the court this season.  In our win against Choate, she took over in the second quarter, eventually dropping 30 points in the game.  This is what Angie does – takes over.  She is a threat as a rebounder, 3-point shooter, and post player.  She seemingly never gets tired, and she can always be counted on to keep the team together and pushing towards our goals.  She clearly has a passion for the game and a mind for the nuances of the sport.  Her intensity rubs off on everyone around her, and even when we are having an off day, she is a steadying presence.  We had a rough time getting our offense going this past weekend against Andover, but Angie reminded everyone to keep their focus on our defense, as that would win the game.  We are so thankful to have her as a part of our team!

Gabby Hu ’21 is the girls JV hockey AOTW. She had an outstanding game in net against a talented Loomis team last week, making several beautiful saves and leading our team to a 5-3 victory. She has worked hard to develop at every practice and game, and her skill set has greatly improved. She is a much more fluid and confident goaltender than when she started at the position last year and has much to be proud of! We look forward to her continued stellar play in net for the remainder of the season!

Natalie Zneimer has earned Athlete of the Week honors in JV swimming.  Her fierce work ethic in practice combined with strong performances in two meets this week have make her a team leader and a swimmer to watch as the season progresses.  Especially outstanding was her 10 second drop in the 500 free earning the win in that event for Deerfield on Saturday against NMH.

This week’s boys JV hockey athlete of the week is Michael Scharfenberger. Mike scored in both games last week and helped to rally his line mates to a positive +/- rating against Williston and Choate.

On Wednesday Mike scored a key goal that kept Williston from gaining even more momentum in their third period comeback bid. Then on Saturday Mike scored the first goal of the game against Choate; in a game that would end in a 2-2 tie. Mike is a terrific athlete with the right mindset that allows him to bring his best play out against the hardest competition. His hard work is infectious and at this time in the season our Green line (Ryan Welch, Ben King, Francis Gannon and Mike) are contributing significantly to the successes of the team. Keep up the good work Mike!

Liv Mikesell ’19 is the girls hockey Athlete of the Week for her stellar performance against New Hampton. Liv is one of our senior captains and is a quiet but steady leader for our team. She is always someone we can count on in the locker room and on the ice to bring her best and put the team first. This was especially evident in our fast-paced game against New Hampton. Several times Liv put the team on her back and made some key saves to keep our team in the game. Liv’s leadership and strong goaltending have earned her Athlete of the Week! We look forward to the rest of the season with her.

Clara, a newcomer to the game of squash, snagged the last spot out of try-outs and has dedicated herself to learning the basics and discovering her form. Being at the bottom of the ladder, she hadn’t had a chance to play in a match yet. But when Taft promised to bring a big squad in a week when we were missing some players, the opportunity seemed to present itself. Unfortunately, three hours before the contest, the Taft coach reported being down a player, canceling Clara’s match. But then Taft arrived at Deerfield with their full team after all, and we had to go find Clara less than an hour before getting underway. Always cool under pressure, she stepped up and got her first interscholastic win without much trouble. Even more impressive than that was her achievement at Monday’s practice, where she outperformed all her teammates when challenged to keep shots out of the middle of the court. Clara brings a great attitude to the team, and it’s exciting to watch her become a squash player.

For his desire to contribute to the team and his stellar swim in the 100 Back against Choate, John O’Loughlin is athlete of the week for Boys’ Varsity Swimming & Diving. John’s hard work in the rigorous training sets last week paid off in his final individual event on Saturday. He dropped two seconds from his previous best in-season time, which led to a 1/2 finish for Deerfield in the 100 Back. We appreciate John’s dedication and his efforts to push himself in uncomfortable sets in order to build strength and endurance. It is exciting to watch his progress and we look forward to more of it!

The athlete of the week for varsity wrestling is Angela Osei-Ampadu ’21. As our junior captain, Angie personifies the ideals of DA Wrestling; as an athlete, she trains and competes with purpose and style. Despite a nearly season-ending injury in December, Angie stayed in the Kravis, training every day with her eye on the objective: the 7th Annual Andover Girls’ Tournament. Last weekend, Angie and Anne Duong ’22 traveled to Andover to compete, and compete they did! Angie wrestled her way to the top, winning second place at 116lbs. This weekend, she’ll have her shot at the Class A Tournament at Hyde School; next year, we all hope to have Angie back in the room for the regular season. For her leadership, determination, and recent wrestling at Andover, we’re proud to name Angie our athlete of the week!

Our AOTW is Justin Prete. Justin earned his first Deerfield win between the pipes with an impressive performance against KUA on the road. He followed it up with a strong showing in a tie at Choate. He has come a long way and is playing his best hockey.

Girls JV basketball continued their undefeated season with a solid 35-7 victory over Andover last Saturday. Everyone got the chance to play and everyone made key contributions to a great effort. A highlight came when Ingrid Matteini scored her first basket of the year. The varsity girls team exploded cheering on Ingrid, who suddenly threw up a double arm flex and sent the crowd wild! But our MVP of the game went to Whitney Vogt.  Whitney had four blocked shot, numerous rebounds and some nice baskets off the glass. Always the team leader, Whitney exudes positive energy every single day and supports every teammate who is on the floor. As one of the team captains she exemplifies the very best of JV girls basketball – congratulations Whitney! 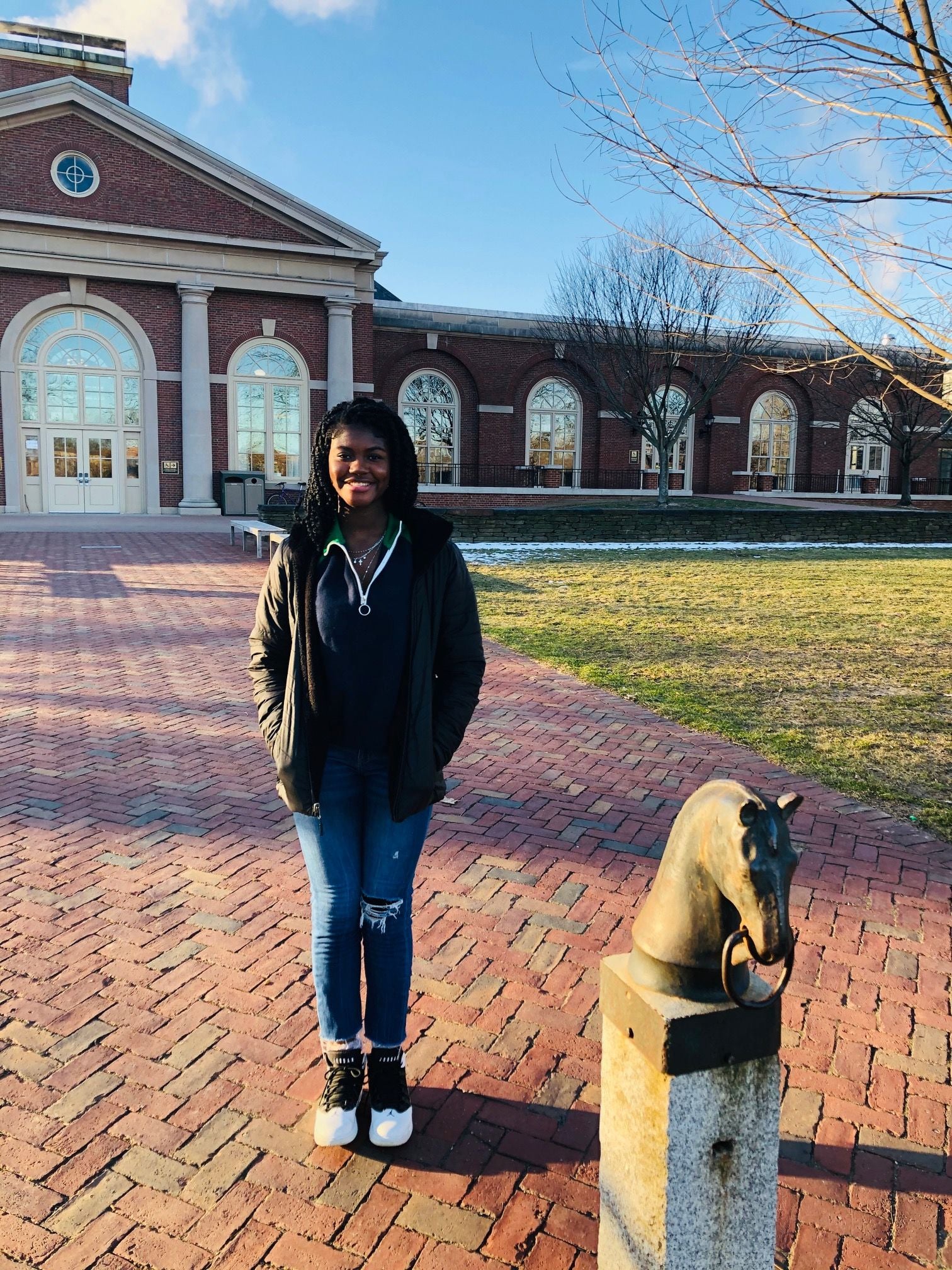 We’d like to nominate Tysean Price ’22 as our AOTW. Tysean scored a season-high 15 points against Eagle Hill last week, while playing most of the game and being a great team leader.

The POTW for girls thirds basketball is Sydney Dinkins. Hustle, energy, and enthusiasm define Syndey’s approach to every game and practice. Regardless of whether we are ahead or behind, she maintains a positive force on the floor and frequently provides that spark we so desperately need when the ball isn’t bouncing our way. Without Sydney, the team wouldn’t be the same, on or off the court.