Bennett Pitcher is our Athlete of the Week nominee for boys’ varsity basketball. He controlled the paint with 15 rebounds in our win against Taft. He was our leading scorer with 14 points against Exeter.

Due to a last-minute no-show, Johnny was thrust into the starting lineup against Suffield’s JV team, our most difficult opponent of the season. He put on a terrific show, quickly closing out his match in four games to put our first point on the board.

Nathan has had an excellent season of growth out on the squash courts.  He has played primarily as an exhibition player but has improved dramatically over his play last season.  On Saturday, Nathan handily beat his opponent from Williston but did so with great sportsmanship and class!

Eamon played well against Loomis and Avon. He works extremely hard and was a physical presence in both games. Eamon plays with the grit and tenacity we expect and it is paying off for him on the ice. On both the offensive and defensive ends, Eamon is playing the right way. He shows up to practice every day eager to work and get better. We are proud of him.

Regan Hoar ’20 is the girls JV hockey athlete of the week. Regan is a hard worker and has greatly improved over the course of the season. She always has a positive attitude and has become a more confident player in the past few weeks. Regan has made some big offensive plays for us and has contributed to our scoring as well! We are so glad she is on the team and look forward to her continued improvement and strong play in the last two weeks of the season! 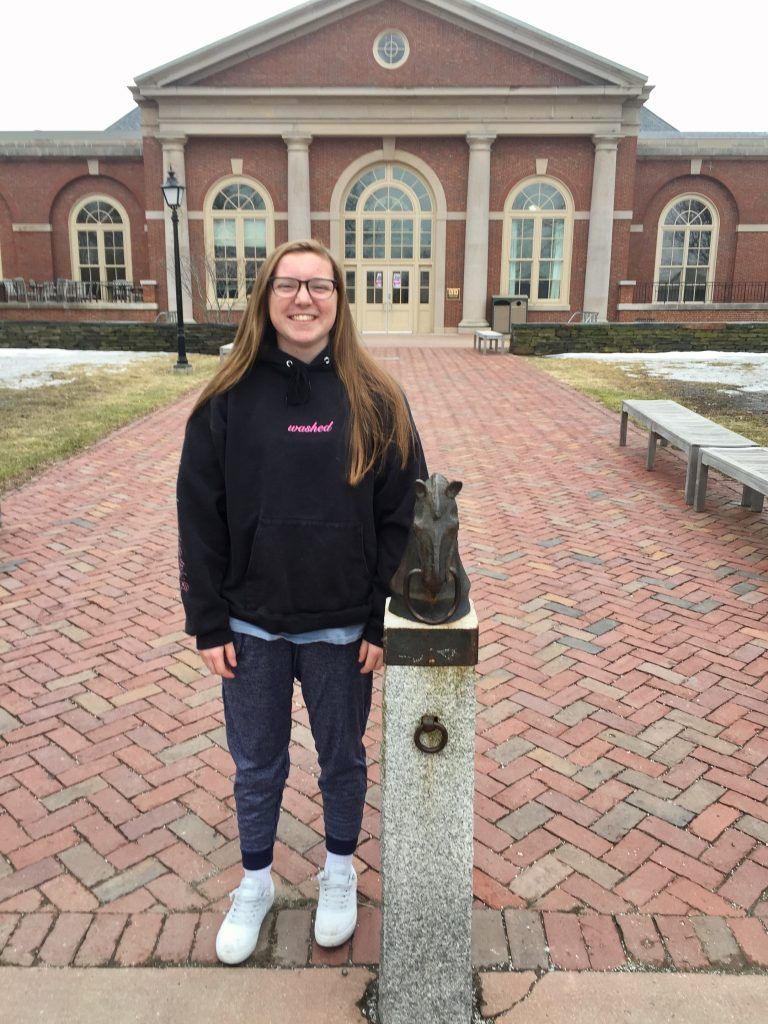 Mary Edmonds is the GVH Athlete of the Week. Mary has been our most dynamic offensive player all season long, but she really stepped up last week in our wins against Westminster and Berkshire. At Westy, Mary opened the scoring with a snipe top corner, and also was a force on the penalty kill. Against Berkshire, when we were desperate for goals, Mary put the team on her back and led us to victory. She scored one goal and added an assist, and constantly made life difficult for the Berkshire defenders. For her leadership on the ice, Mary deserves to be recognized.

Proudly ending their wrestling seasons as medalists at the Class A Tournament, Ben Hirsch ’18 and Justice Chukwuma ’18 represented themselves and their team well throughout their years as grapplers.  Both started wrestling at Deerfield and learned the sport as they competed in varsity matches.  Despite early setbacks, neither athlete lost sight of the end goal—the satisfaction of enduring when surrendering might have been easier.  Each wrestler also worked hard to ensure their younger teammates might enjoy success in the coming seasons. 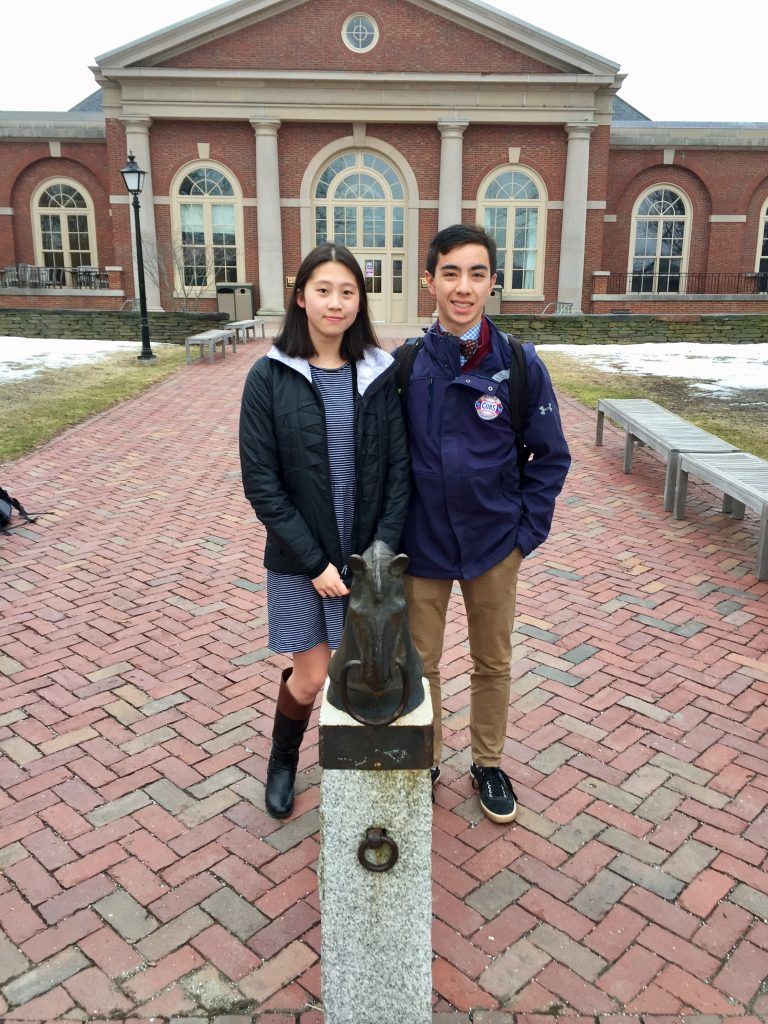 Angela is the Girls Varsity Swimming & Diving Athlete of the Week. She has been working very hard in practice, steadily improving her times in practice and at meets over the course of the year.  It’s been wonderful to see her increase in confidence in the pool!

An incredibly hardworking, coachable, and focused player, Isabella Rolfe is the Girls’ Varsity Squash Player of the Week.  In every practice and every match, Isabella gives her all and does an impressive job of handling the ups and downs of the sport with grace and equanimity.   Isabella’s devotion to improving her own game and to supporting her teammates also makes her stand out as a stellar player.

For his impressive swims at our last home meet, Simon Lam is the Athlete of the Week for Boys Varsity Swimming & Diving. Simon motivated the team through his words and actions on Saturday. After a rigorous training trip over Long Winter Weekend, he swam his season best time in the 100 Fly with a 51.81. Simon also earned his personal best times while leading off the 200 and 400 Free Relays, swimming a 22.46 and 49.05 respectively. Given the consistently challenging workouts throughout the previous two weeks, this performance is particularly remarkable. Simon’s ability to get up and race, regardless of circumstance, is admirable and we thank him for his commitment to the team.

The JV Basketball Athlete of the week is Jake Meier. Jake was dominant in our win against Wilbraham and Monson and played extremely well in a scrimmage versus Frontier Regional High School. He has been our team’s high scorer for most of the year and continues to be our rock. 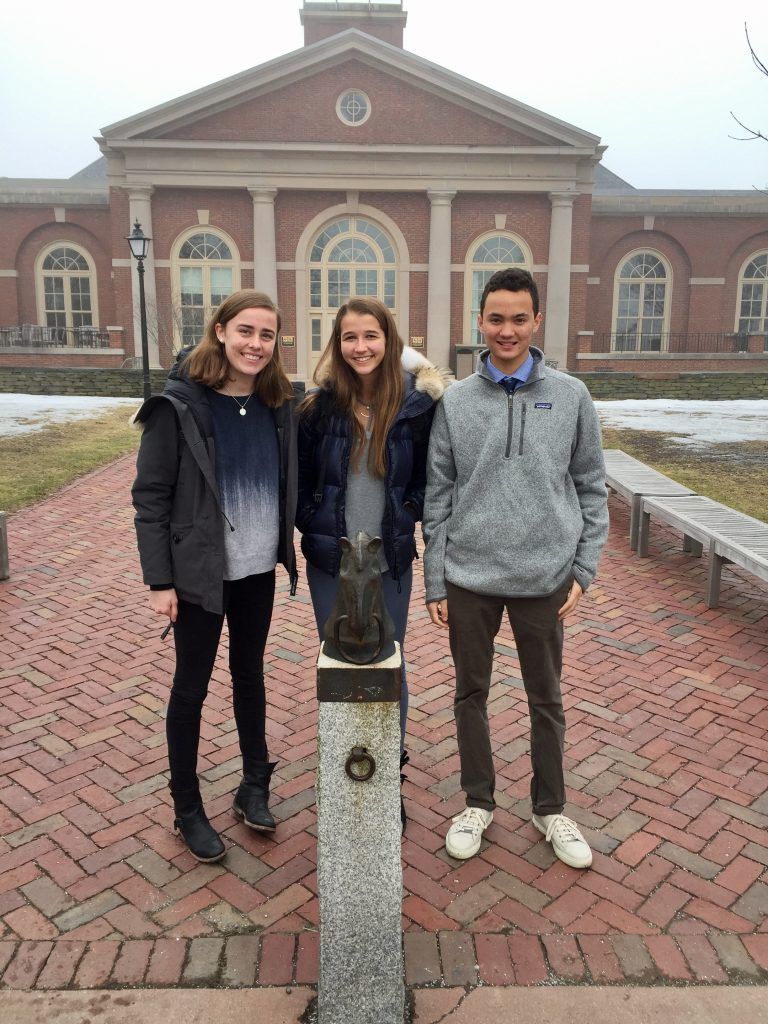 The Girls’ Varsity Basketball Athlete of the Week is junior guard, Caroline Carpenter. Caroline has really stepped up her game as of late, both in practice and in games, and is playing with tremendous focus and fire. She played many valuable minutes in our recent contest against Loomis, proving to be a tenacious defender on some of Loomis’s athletic guards. Caroline also, without fail, always brings energy to our team. We are grateful for the tremendous role that she is playing on our team this season, both on and off the court.

This week we recognize two players that helped lead us to an exciting victory against a scrappy Loomis team. Annie Kane (’20) led the charge on defense. She was all over the court! Her ball touches forced critical turnovers by the other team, leading to buckets in transition for our team. Her breakaway layup was beautiful! We recognize Alexia Baker (’19) for being mentally tough. She pushed through a cold first half. She kept her head in the game and let the game come to her. Her three-pointer with less than 3 minutes left in the game sealed the deal for us. Good job this week ladies!!​

Chase Mathis is the athlete of the week for the boys thirds basketball team. Chase has been a steady presence all season long. He contributes in all facets of the game, scoring, rebounding, defending and as one of our point guards. His calm, smooth game belies his hard work and grit. We look forward to seeing Chase have a great finish to the season.