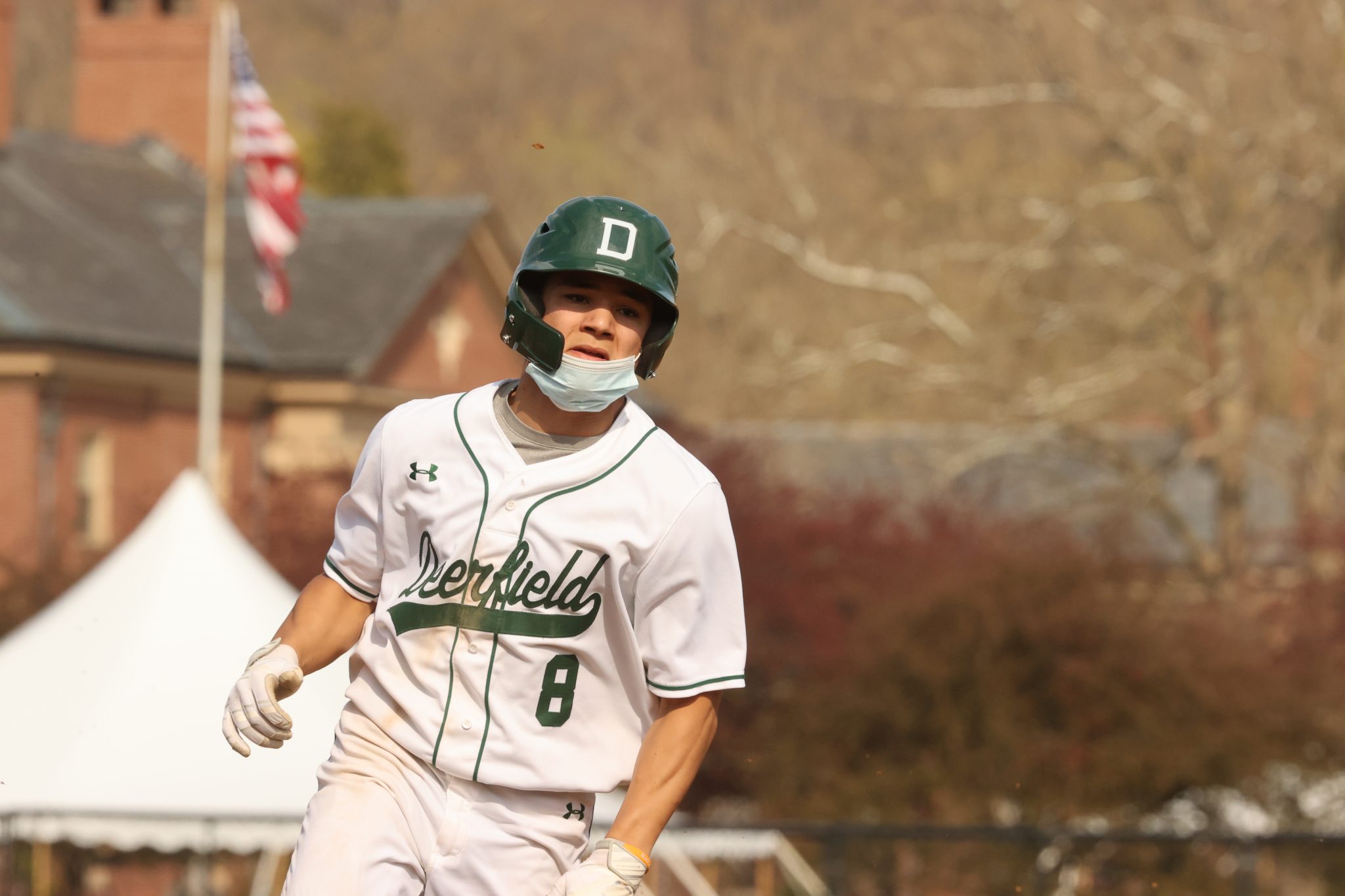 Interview and written by Gale Gai ’22

GG: What is special about the Deerfield baseball team this year?
KG: Something special about this team is the leadership. The guys who are leaders in this team have been in the program for a while. Coach Moriarty brought us in altogether as sophomores, and he picked a really good group of guys. Tommy Leimkuhler, Tyler Mudd, and Andy Pelc are the captains of the team, and they do a great job in leading the team. They set good examples, and they have great character.

GG: What’s your pre-match routine?
KG: I always like to listen to a bit more music, usually U2. I listen to them because as a kid, I used to listen to them and I had some success that way. So, I like to listen to U2 before the game, and then I visualize what would happen in the game and think through different situations. I also have a little bag of pepper that Tyler Mudd gave me that I keep in my right back pocket before every game.

GG: What is one lesson that baseball teaches you?
KG: It would be that failure is a part of life. Baseball is a game of life, and you fail most times. If you think about it, the Hall of Famers hit three-hundreds, so three out of ten times he succeeds at the plate. You learn in baseball to get yourself and your mind back up and into the game, and not to linger on mistakes but to learn from them and move on in a positive way.

GG: What is one thing with baseball at DA that you would remember for a long time to come?
KG: I would say that it would be this team I’m with this year. The attitudes that these guys bring every day. We played two games against Andover this season that was pretty tough. Even though we lost, it was really good baseball, and the guys fought to the end. We were down one to nothing going into the bottom-last inning, and we managed to pull through and go to extras. I really appreciate and enjoy the grit and focus that these guys can show, and I thoroughly enjoy my time with this team. It’s a great team, and I’ll definitely miss it moving on.

GG: What’s your story with baseball?
DC: I started baseball at a very young age. I did T-ball, went through little league, and all that. I started to get more real with it when I started doing travel ball in eighth grade. I live in Colorado, and it was three hours away from my home. I tried doing that for a bit, but it was difficult. Then, I went down to Arizona and Texas and played for a bit there. When I came to Deerfield, I played on JV my freshman year, and continue with travel ball with the New England Ruffnecks. I played there for a summer, and I did Evolution Baseball the next summer. This whole process was me trying to get into college for baseball, but it didn’t end up working well because I was traveling too much. So, sophomore year, I decided that I don’t want to do travel ball anymore, and I decided to play ball just to have fun. I’ve been on varsity since sophomore year, and I love it. Maybe in college, I’ll do some club baseball or something like that, but I’m glad to be out here. 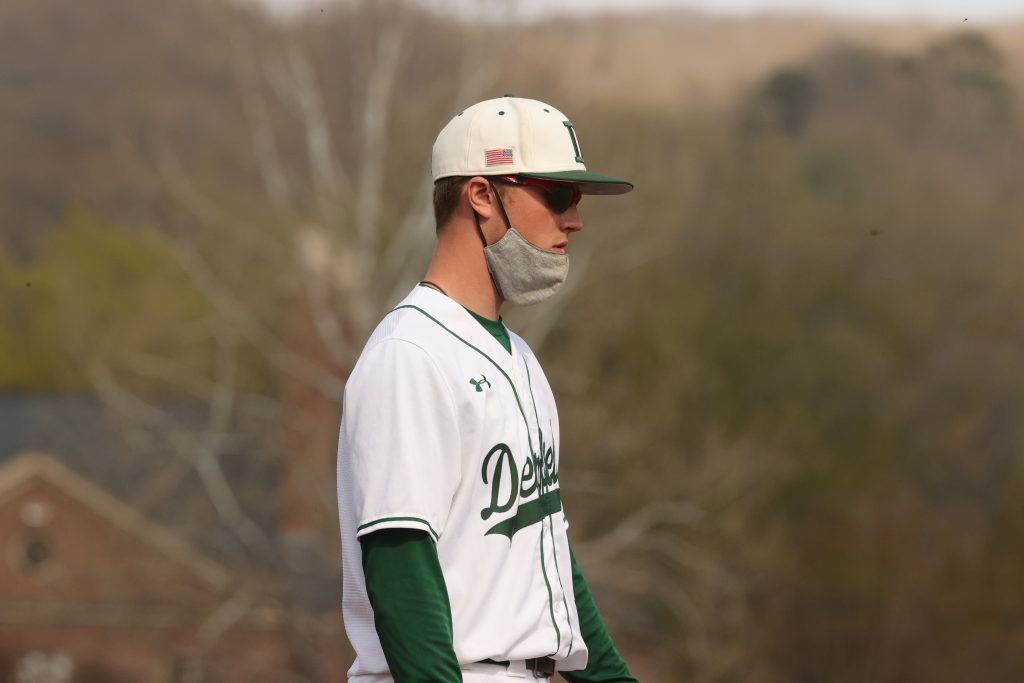 GG: How have you balanced your schoolwork with baseball?
DC: A lot of other athletes on campus also have to deal with this balance. For me, what is a bit tough is the away games. Sometimes, you gotta go an hour or two hours to another school. So, I get my work done throughout the school day, before practice, at night, or the next morning. I would say that I have been balancing it well.

GG: Tell us your best moment so far with this Deerfield team.
DC: One that immediately comes to mind is a game against Belmont Hill at home my sophomore year. I was on JV freshman year, and I didn’t feel like I was completely part of the team at that time. The players on the team weren’t my best friends, and I felt out of place a little bit. I was on the team as a sub, and coach would get me in as much as I could. In that game, we were down 0-4, and coach put me in as a pinch hitter. I was really scared, and I wanted to swing at whatever came at me. First pitch, the pitcher threw a fastball right down the middle. I was really early on it, but I managed to put a hard swing down third base and ended up standing up at second. When I came running back to the dugout, everyone was cheering me and hitting my helmet. From then, I felt like I was a lot more part of the team.

GG: What is the most valuable thing about baseball for you? Kevin talked about losing as part of the game, what about you?
DC: I definitely agree with Kev. The most valuable thing is in those losses, coach always encourages us to keep the bench in the game. I think staying alive, even if you are not in the game, and being enthusiastic is what really drives the game on. If you are feeling down, the people on the bench may give you that little bit more confidence, and you could maybe get a hit in, piece together a few runs, and really get the game. It’s all about momentum, and a bench plays a big part in that.

GG: Are there any baseball players who you look up to or take inspiration from? Why?
DC: At a young age, at least through middle school, I looked up to Dustin Pedroia and Brock Holt. It started with Pedroia because he was a smaller guy like me in middle school. Him being at second base was inspirational for me. At the plate, he also put on a lot of line drives into play. Then, it was Brock Holt. He was more of a utility player. I played second, shortstop, and a little bit of third base, and that was what Holt was able to do as well. And when he was at-bat, he was also able to get the ball into play a lot. 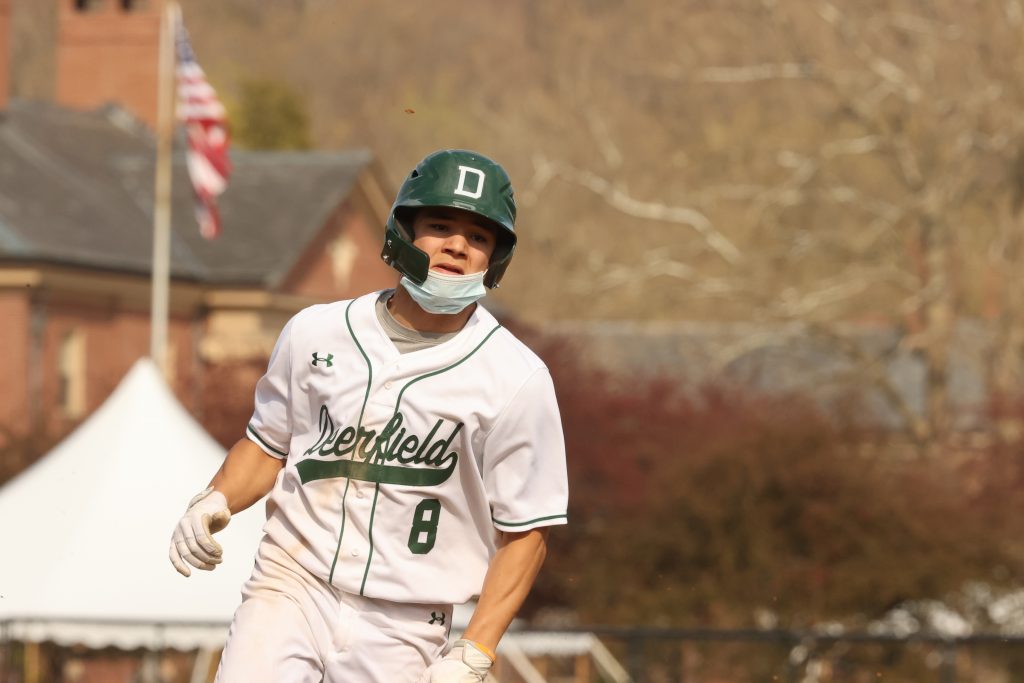