My father, Thomas C Sweitzer, son of Harry F. Sweitzer and Ruth E (Waterman) Sweitzer, passed away on Tuesday, January 19th in Scottsdale, Arizona. He had a very full and happy life and an especially wonderful retirement in Sedona, Arizona with his wife, Jan Sweitzer, who passed away in 2018.

Dad’s life was remarkable for his dedication to his family, his community and his volunteerism. He spent much of his childhood in Madison, Connecticut racing sailboats with his brother Skip and enjoying their experiences as they became Eagle Scouts. He attended Deerfield Academy and went on to Amherst College. Soon after he graduated, Dad joined N. W. Ayer, a renowned advertising firm in New York, where he spent his entire professional career, ultimately helping to make the firm a global agency.

Dad’s proudest professional achievements were found in his work in China
in the 1980s. He and his Ayer team were engaged to conduct an extensive survey of China’s cultural, industrial and manufacturing assets to identify, develop and promote to western/international markets. The China Exposition, which Ayer designed and produced, was China’s re-introduction to the world. This virtuoso exhibition premiered in San Francisco and traveled across the US and on to Europe, setting the stage for the economic powerhouse that we know today.

Throughout his life, Dad shared his passions with the communities he lived in, through teaching, mentoring and volunteering. He freely credited the impact of the Boy Scouts on his personal values and development as a Good Citizen. During his early days in Westport, Dad spent his Monday nights, for years, teaching Advanced Piloting and Celestial Navigation for the United States Power Squadron. He volunteered his marketing acumen to the Mystic Seaport and Aquarium and later at the The Maritime Aquarium in South Norwalk, where he shared his increasing competence in computer graphics. For many years Dad served on the board of Cedar Point Yacht Club, where he assisted their Race Committee on the Sound and created the Predicted Log Race making the renowned sailing club inclusive of the Club’s power boating members.

As a father, he shared his pleasures of boating, gardening, wood shop, art, music and travel with my brother, Steve, and I. He also shared our mother’s life-long love for dogs and passionate support of animal rescue. Dad delved deeply into the Sweitzer and Davis ancestries and shared the thrill of research and discovery that lead him across the Atlantic Ocean to various homelands.

As Dad neared retirement, after years of exhilarating travel and adventures that enlivened his marriage, his mind turned towards the gratitude for the woman he adored. He accompanied Jan on her travels to the Southwest as she searched for gems and minerals for her recent passion, jewelry making. As he traveled he recalled her stories of the Blue Ridge Mountains where her family escaped from the heat of the summers in Knoxville, TN. He heard her longing for distant views that he rekindled with flying lessons that brought back to her the thrills of her first job as stewardess on Delta Airlines DC-3s. Traveling to destinations throughout the Southwest he asked himself again and again, “Could I live here?” When they discovered Sedona, Arizona, the answer was an emphatic “YES!”

For my brother Steve and I, this was a sudden and very unexpected decision which, much to our consternation, they acted upon with great alacrity. In Sedona, not only did they find a breathtaking place to live, they also found an incredible community of locals and snowbirds to live out their retirement years. Together, they found a burgeoning arts community and an astonishing patronage base to support it. Upon their arrival, Dad’s professional experiences and creativity were embraced with great enthusiasm. In Sedona, his professional marketing and management experience combined with his computer were powerful assets that were put to use to establish The Cultural Arts Park and The Creative Life Center; to rebrand, strengthen, mentor and develop Chamber Music Sedona and to support the Sedona International Film Festival. Moreover, his efforts helped to secure these remarkable community assets both in arts programming and the performing arts center for Sedona’s public high school, a lasting and impactful legacy of this extraordinary group of “movers and shakers” he found himself in.

With Dad’s passing, Steve and I have learned what impactful people our parents were with the many unsolicited stories offered to us from Sedona locals and snowbirds and the dear friends from their 40+ years in Westport, Connecticut. Often these accounts moved me to tears and more often than not, brought revelations we had never imagined. Our admiration for them has grown as has our understanding of each of them as citizens and individuals, well beyond their parenting of us. These often moving accounts of their ongoing sharing of their lives’ passions and the support of those who shared them, has painted a clear picture of who our parents were and how dedicated they were to “paying it forward.” Our extended conversations and interviews with their surviving friends and family members, have enabled us to recognize their legacies in those whose lives they touched and in our selves. Theirs were lives well lived, fully and in the moment. They were good people. 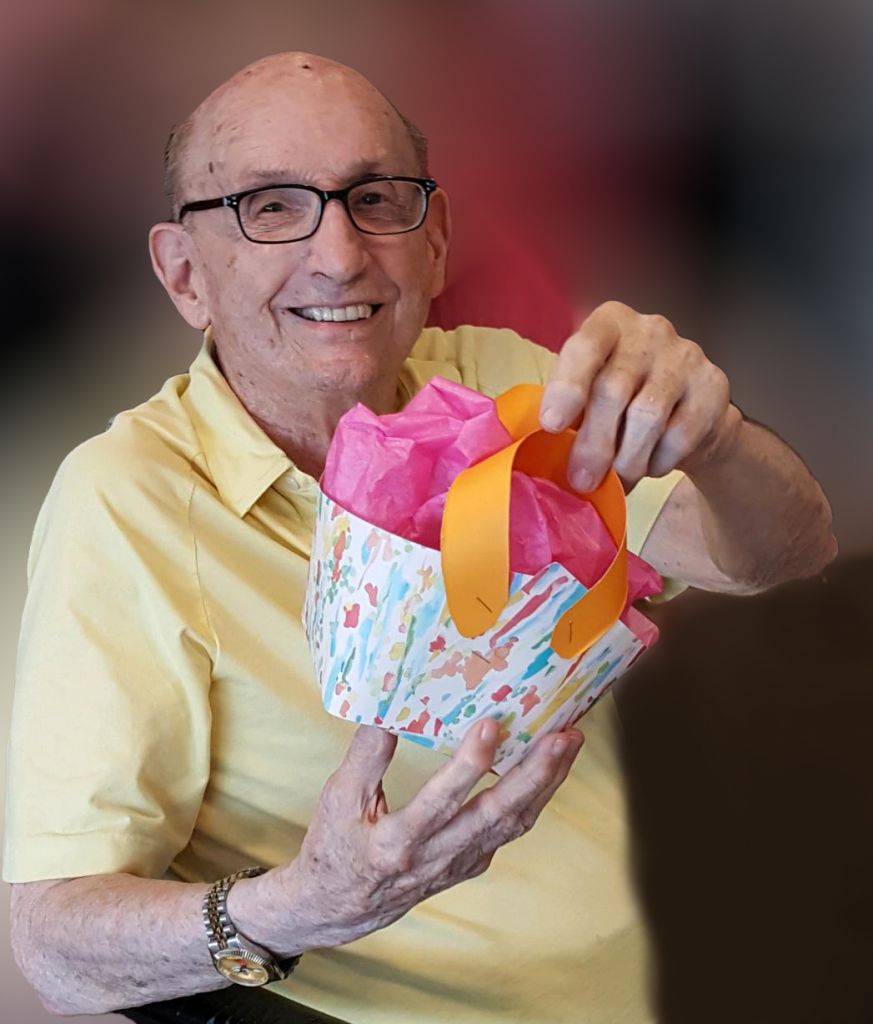