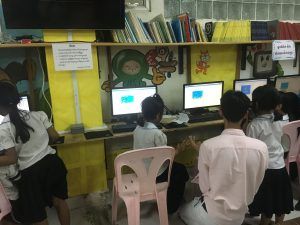 After traveling from Siem Reap to Phnom Penh, I met with two former PAGE students of mine. Upon completing high school, they received scholarships to attend university in the capital city. We were excited to see and catch up with each other, and I noted how their English had even further improved. When I had previously taught them, both were particularly well-spoken and had often helped me translate complex directions.

While it was wonderful to see them again, I was asked to come to Phnom Penh to teach at the People Improvement Organization (PIO). Located beside the city garbage dump, the PIO is dedicated to providing a quality K-12 education for underprivileged children in the neighborhood. The NGO’s 1300 students are given school uniforms, school supplies, a daily meal, clean water and access to health care at no cost to their families. In the afternoons, I was stationed at the “Temple of Learning,” a library and computer lab run on second-hand monitors and Raspberry Pis—$35 credit-card sized computers that I’ve even used for my own tech projects. Along with donated iPads, students practiced maths and English on custom-designed educational games; naturally, the younger kids even played Minecraft during the break times. In the Temple of Learning, different grades were scheduled throughout the afternoon; I helped guide kids with the technology and instructions. With certain games, like one involving solving simultaneous equations, I sat down and offered math strategies and techniques. 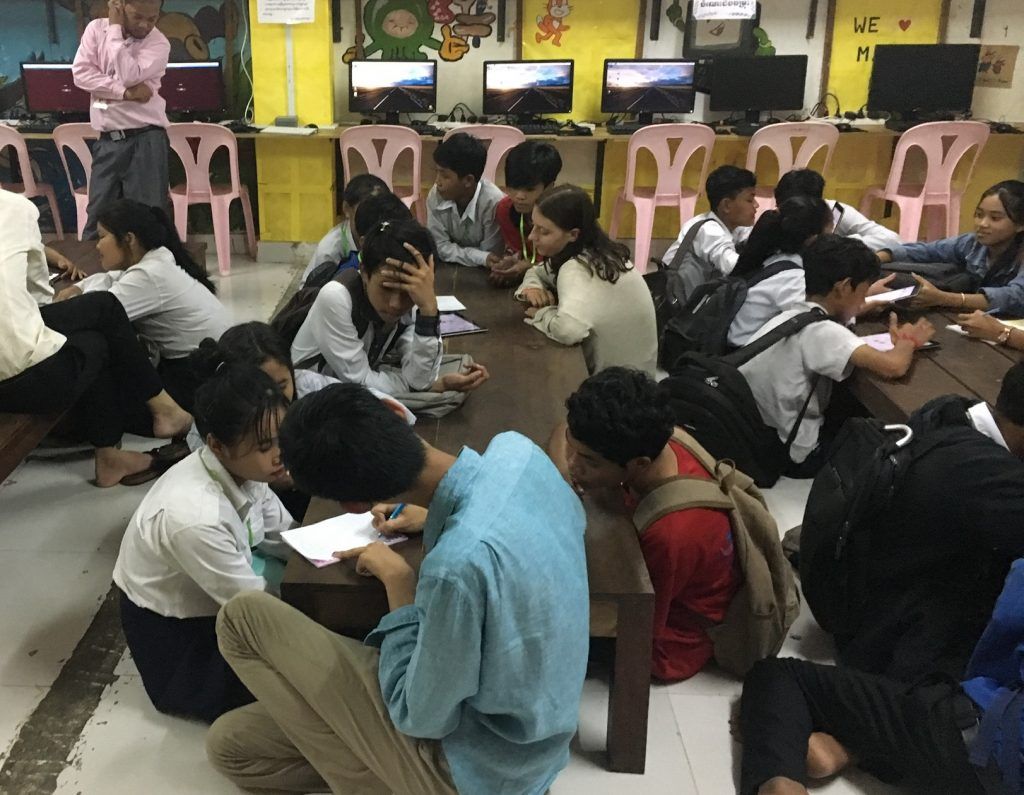 In a particular 4th grade class, students were practicing their elementary operation on an iPad game. As I was doing my rounds, one group of boys grabbed me and pointed at their iPad. As I was about to help them, they clicked “Hard,” and stared at me, as if challenging me to solve it. I calculated and typed the three-digit multiplication answer; they nodded their heads in approval. As I was about to solve another, a boy jumped in and typed the answer—the rest of them “ooo’d.” I found myself in an impromptu multiplication battle with a 4th grader. Unlike the US, students learn mathematics without calculators, leading them, among other things, to acquire very quick mental math skills. “398×35=?, 510×89=?“  In truth, his raw calculating speed was faster than mine; I could only keep up because of some tricks I learned from my competition maths. By the end of class, we were quite even. I was taken aback by their tremendous speed and comfortability with numbers—I remember my own 4th grade class was only learning our multiplication tables. 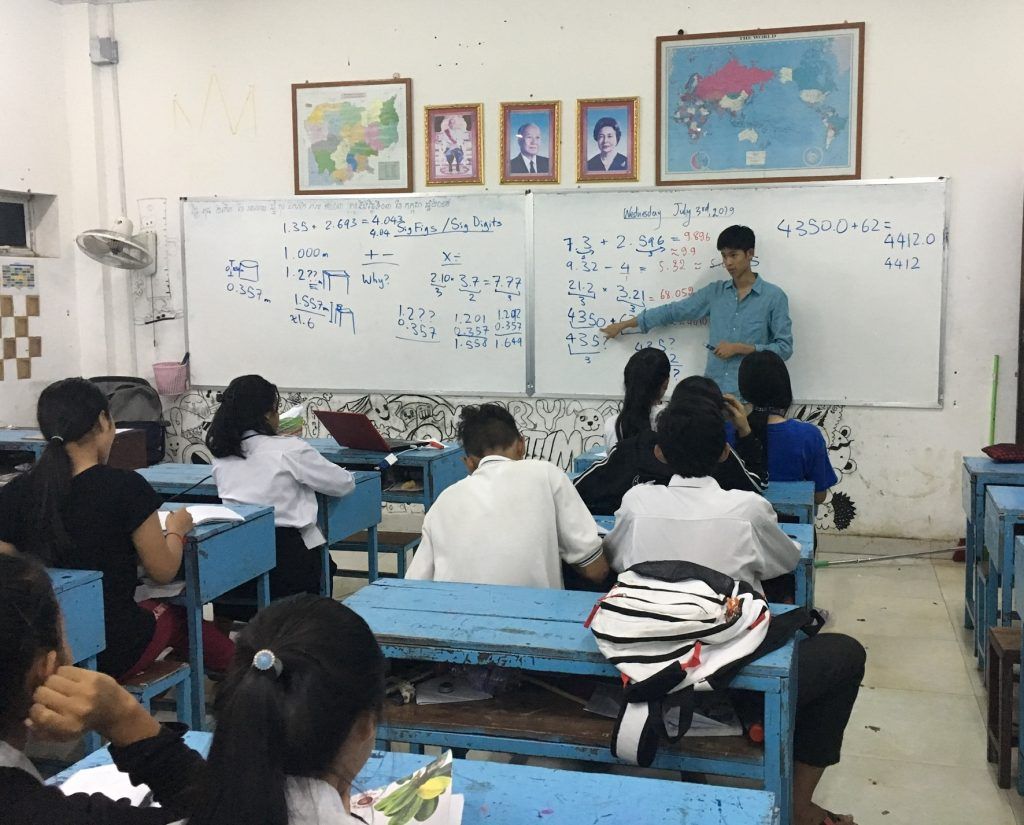 In the evenings, I was invited to teach an opt-in 8th grade Pre-Algebra class. After their regular classes, these students voluntarily stay after school for extra learning—specifically, a math class taught in English. Coming from the capital city, they’re much more comfortable speaking English than the PAGE girls, so communication was much easier. I instructed topics such as significant figures, significant digits, and some basic number theory. I always underestimate the anxiety associated with teaching. The beforehand class prep takes a surprisingly long time, and the worry of students not understanding the material constantly looms overhead. Yet, when I stand in-front of the classroom, my worries dispel. Despite the occasional blank expression, I feel reassured, seeing the students’ eyes fixated on the board, furiously taking notes, and eagerly asking questions. Every year, whether at PAGE or PIO, their genuine engagement and dedication to learning, always propels me to return.