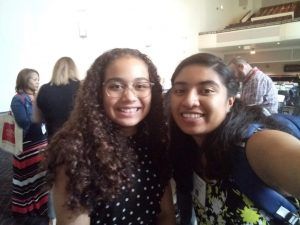 In April of this year, I participated in Deerfield’s student organized Walkout by helping make banners for the event and giving a speech about how gun violence affects my hometown. Being involved in this event, watching the Marjory Stoneman Douglass survivors step up to lead March for Our Lives and tour the country this summer to get young people to register to vote, and talking to Mr. Miller, I decided to pursue a project to teach middle students about the importance of civic engagement.

Mr. Miller helped me launch my project by giving me a book called No Citizen Left Behind by Dr. Meira Levinson, and recommending a few organizations’ websites to inform myself more about civics: how to call my representatives, how to become involved in the community, how to protest, etc. I decided that through these resources, I would develop my civics curriculum.

By exploring the Mikva Challenge website (a Chicago-based, non-partisan, non-profit organization) I found the Mikva Civics Summer Institute. The two-day event for educators and school administrators was dedicated to various workshops about how to incorporate civics in classrooms and in school, through initiatives such as Project Soapbox, student voice committees, and much more. I emailed the chief education officer at Mikva, Jill Bass, expressing my interest in the institute, and she welcomed me to the conference.

When I arrived at Loyola University, where the institute was being held, I was nervous because I was the only student present out of the 100 or so adults in the auditorium, who have years of learning and teaching experience. Even though I clearly have years of education ahead of me, all of the teachers were very welcoming and inclusive in the activities and conversations that followed over the course of the next two days. Their passion for their students and drive to improve their communities was inspiring, especially because of the seriousness of the issues they and their students face, such as gun violence, bullying, lack of resources, lack of support from their administration, and so forth.

The first morning of the conference, a rising seventh grader named Jalen Grimes was invited to the stage to give a three-minute speech she had written about incarceration for Project Soapbox. (Through Project Soapbox, students choose an issue important to them, research it, and finally write a speech with a call to action.) Jalen’s confidence, preparation, and powerful words blew me away. Her presentation eloquently set up my biggest takeaway from the institute: the impact and importance of a young person’s voice, especially when they receive the necessary support from their parents and teachers to nurture it. 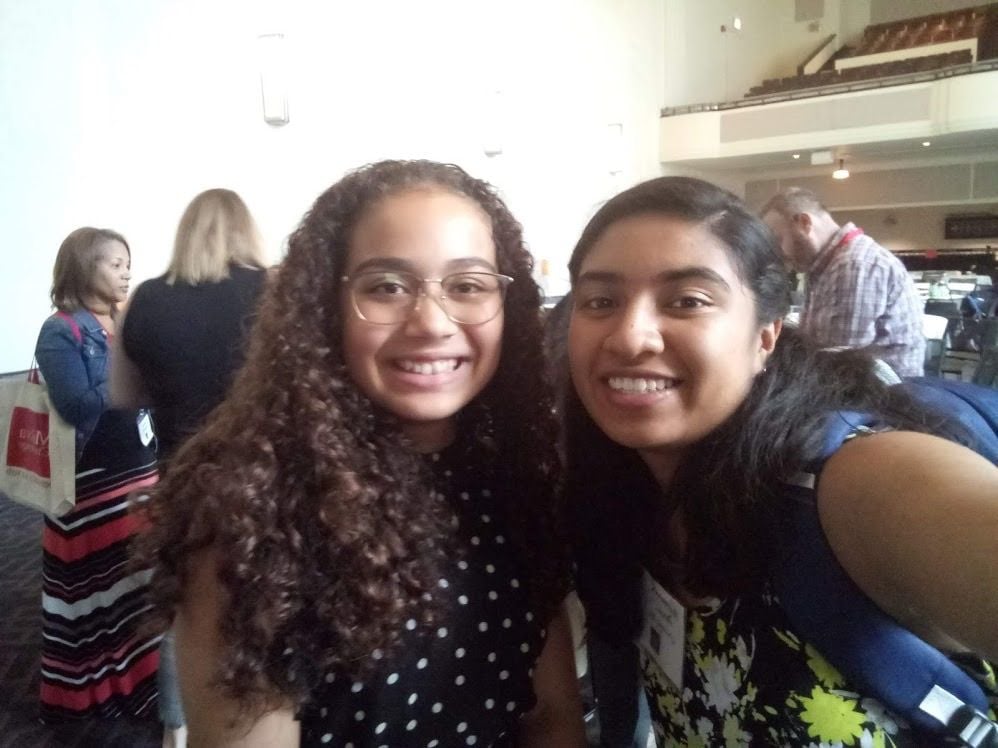 In total, I attended four workshops at the institute. On the first day, I went to a workshop called “Improving School Culture and Climate Through Student Voice Committees”. It was sort of like a guide on how to set up an effective student council that engages the student body and has contact with the school administration.

The second workshop was titled “Activating Youth Voice Through Project Soapbox”. I learned about youth voice, how to have students define a problem in their community, properly research it, and deliver a speech about how they or others could go about solving it. (Similar to what Jalen did: https://vimeo.com/252967253) When the facilitators asked for volunteers to give an impromptu speech, I raised my hand and picked a topic from a hat. As my luck would have it, I gave a Soapbox speech about my pet peeve, standardized testing! It was really fun delivering it to an excited and supportive audience.

On Friday, the conference began with a discussion of “Connections: Power, Equity, and Action Civics in Context”. Everyone was handed charts in which we had to interpret graphs showing data about district enrollment, in school suspensions, and out of school suspensions for different racial and ethnic groups, as well as enrollment in classes such as chemistry, calculus, and physics. Given different school environments and circumstances, many explanations were suggested for the data. I wish that this had been a workshop at the institute; in Dr. Levinson’s No Citizen Left Behind, she goes into great depth explaining how civic engagement looks different in different racial and ethnic communities. This is a topic that particularly interests me if I were to teach at an all Latino school vs. a non-Latino community, for example.

“Issues to Action Steps 1-3: Examining Community, Identifying Issues, and Conducting Research” was the third workshop I attended. Our groups were supposed to choose an issue pertinent to one or all of our schools, and fill out a tree diagram with the symptoms of the issue at the top, and root causes at the bottom. The assignment turned out to be more complex than I expected, because I found it difficult to differentiate between the symptoms and causes, and sometimes the members in my group and I disagreed given our different perspectives as teachers and student. In the end, I guess it proved the point of the workshops teachings, which was how to guide students when examining issues and supporting their claims and observations.

“The Power of Student Advocacy with Public Officials” was the last workshop I attended, and it began with an introduction of names, the school we were from, and what we considered was the most important issue at our school. Admittedly, I felt a little embarrassed because compared to the other teachers in the room, I am well supported by the Deerfield community, and I don’t have to worry about things like safety, food, functioning facilities, college counseling, and so forth. It was one of the most eye-opening experiences at the institute, especially because it was followed by an activity in which we had to stand up if we had participated in activities such as calling our local representatives, voting, setting up meetings, protesting, etc.; I stood up once. Often I claim to care about my community and about finding the solutions to the problems we face, but how can I do that if I don’t become more involved or know how to speak up, especially because the resources are readily available to me?

Therefore, in the next hour I learned about how a student council in my hometown of Chicago was doing just that. Over the course of the summer, the group of students had been working under the guidance of Mikva to create a presentation for mayor Rham Emanuel proposing solutions to gun violence in the city. We analyzed their presentation, noting how students had prioritized quality over quantity and supported their claims with examples of initiatives that were being executed in other cities. The facilitator of the workshop also spoke to us about how the students had negotiated with the mayor, and made sure that they had the floor when they spoke to him. (I’m especially excited to bring these insights back to Deerfield, in order so that I may be able to propose change more conscientiously.)

I also had the amazing opportunity to hear from a former senator, whose father was also a senator. He emphasized the importance of knowing how to talk over the phone and how to “network” effectively. At one point in the workshop, it was mentioned that the mystification should be taken out of meeting with local representatives, and that’s what having this former senator in the room did for me: here was this person revealing all the “secrets” needed to talk to a public official about what you care about as a citizen. (And p.s.- it’s not as hard as I thought!)

At the end of the Mikva Summer Institute, I felt inspired and satisfied knowing I now knew more than I did before, and had been given some tools to develop my summer grant project some more. One of the physical tools I was given was a book with curricula to teach civics. It includes worksheets for students about describing community, identifying issues, doing research, contacting representatives, and much more; I’m grateful for having these to include in my project.

I would like to thank the CSGC for the grant I received to be able to attend the Mikva Civics Summer Institute, and Mr. Miller for encouraging me to pursue this project. 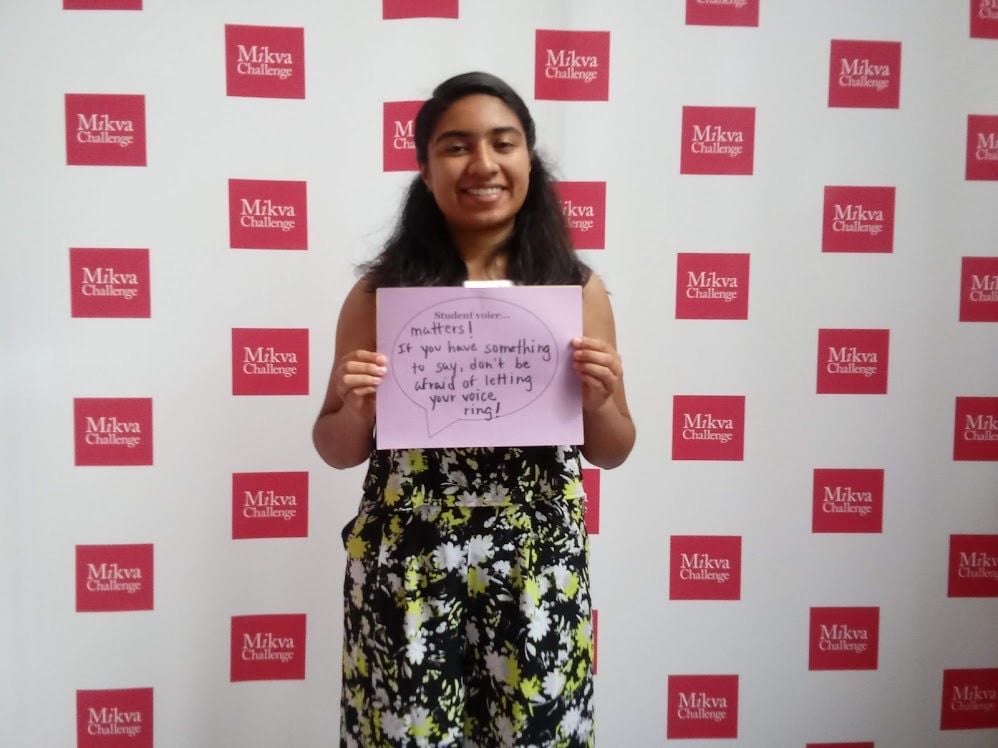