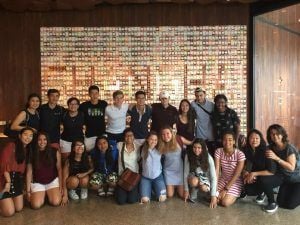 Our 2nd to last full day in China was a fun one. Despite arriving to our hotel from a late night flight from Xi’an to Shanghai at 1am, we were able to make the best of it. Our day officially began at 9:45am when we met Arthur and Adrian Yao’20 in the lobby of our hotel. Their parents were generous enough to host us for a fun morning. First, they took us to the largest Starbucks Coffee in the world, located in a mall in Shanghai. It only recently opened in December of 2017, and is two stories. We were able to take a tour of the store and try different types of coffee, tea and pastries. There were many options to choose from as you can choose the type of coffee beans you want when you order. Right in the store the coffee beans are being roasted and processed as it is a roastery, adding to the store’s size. All the coffee beans were imported from the United States which were in turn imported from countries all over the world like Colombia, Rwanda, and Taiwan. I am not an avid coffee drinker but it was a very cool experience, and interesting to see and learn about. 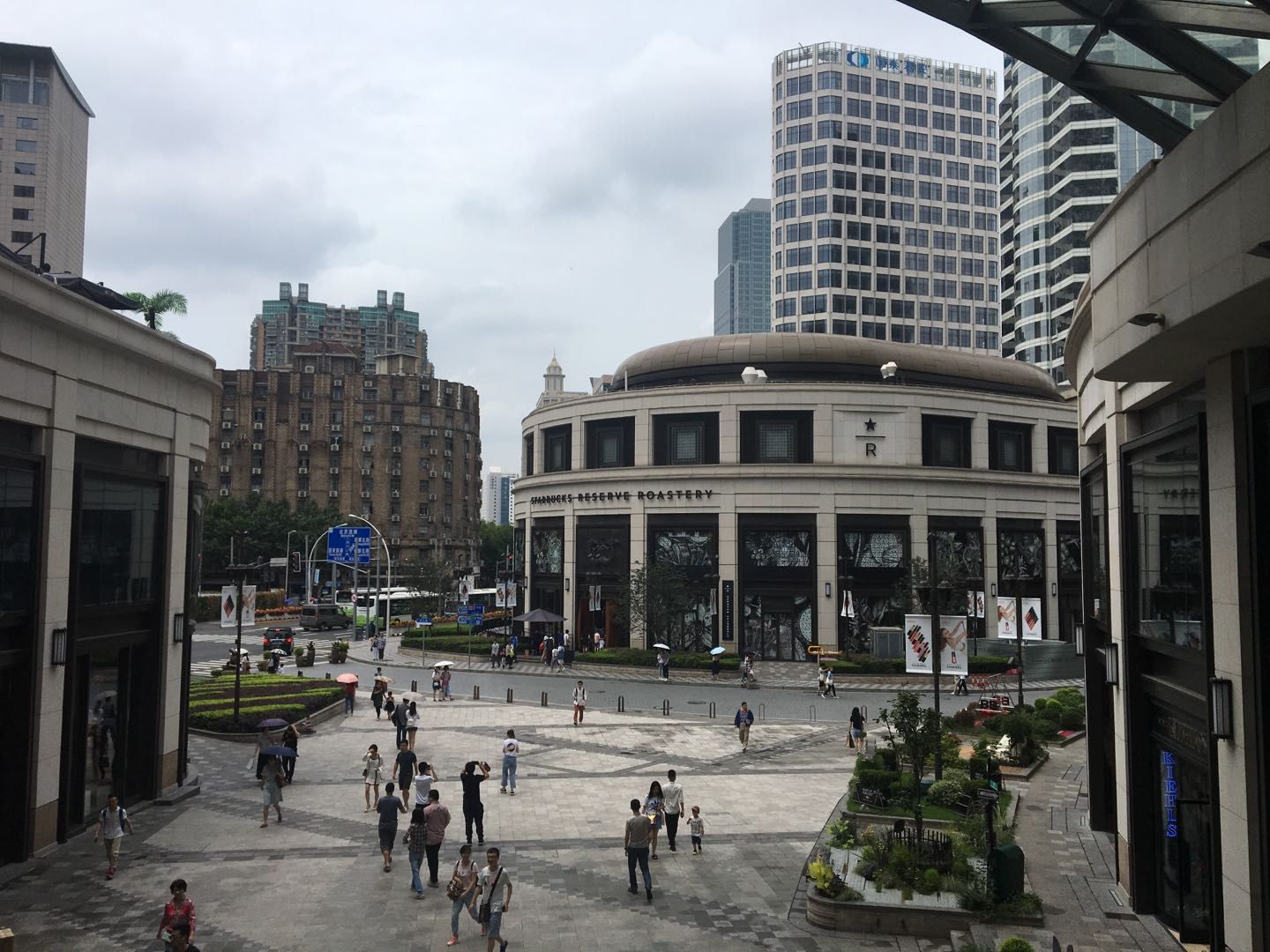 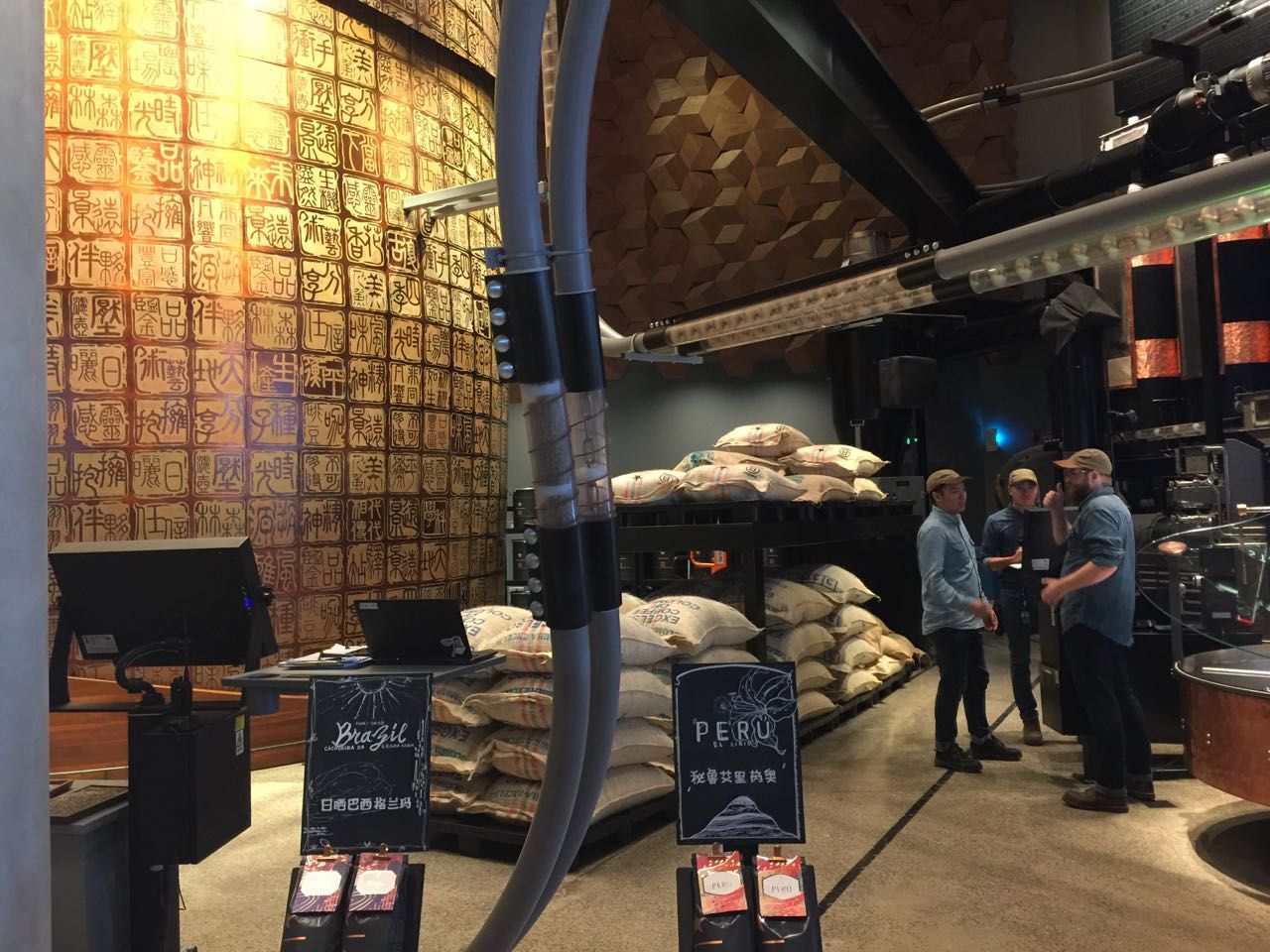 After Starbucks, we made our way to the Shanghai Club were the Yao’s hosted us for an early brunch of Dim Sum. The food was amazing. We were all excited to try Xialongbao, which are dumplings with soup inside of them, they were delicious. Our meal ended with some Peking Duck, which was a thoroughly enjoyable surprise. 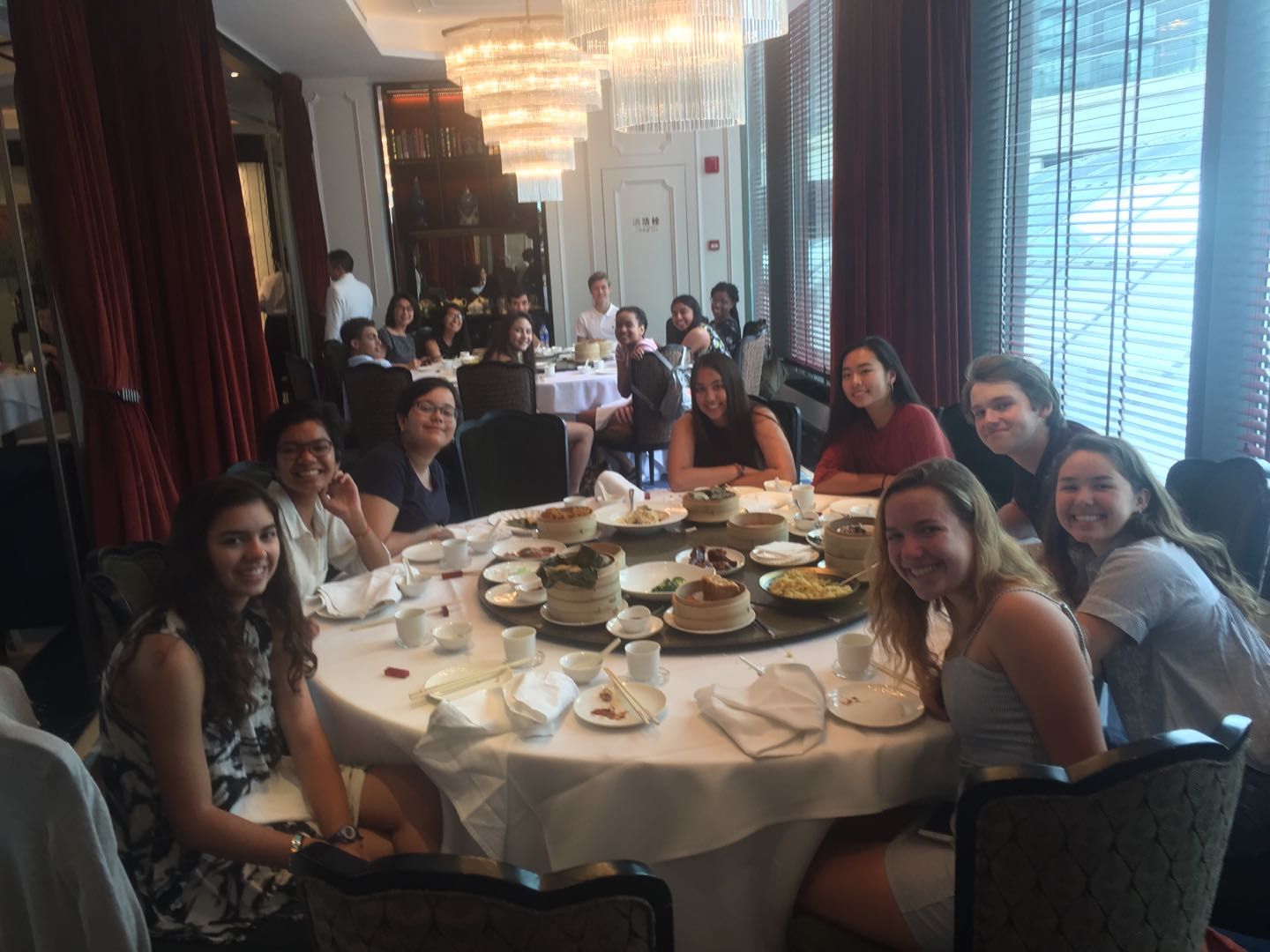 Post brunch, we explored the Shanghai Art Museum. The exhibits ranged from Chinese Painting and Calligraphy to clothing from all different minority groups in China.  All the art in the museum was beautiful and seeing how they progressed from different dynasties in China was amazing.

One of the best parts of the day had to be when we went to the French Quarter in Shanghai. We learned that a hundred or so years ago, European countries “rented” land in Shanghai for trade. First came the British, and two years later the French.  With these westerners settling in Shanghai came a lot of western influences. From architecture to ways of life as well as government. Because of the Europeans that had settled, Shanghai became the first city in China to have electricity, tap water, and even western toilets as our tour guide Vivi put it.

As these British and French Concessions expanded, others moved in. The British Concession did not grow as well as they only allowed the upper class people to obtain things such as electricity and tap water. However, in the French Concession those were allowed for all people. Therefore more people moved there allowing the concession to expand. It still stands today and we were able to visit it and see all the western influences in the east. We went to the shopping market streets and saw how so many people came together, and once you entered the ally to the shopping streets it seemed like an endless maze of shops.

To end our day, we went to a Deerfield Shanghai Dinner, were we caught up with some recent alumni and current students native to Shanghai. The dinner was a fun time for interested parents and students to talk about our trip. And of course, you can’t have a Deerfield event on a Sunday evening without singing the Evensong. We all had a nice dinner, special thanks to Kevin Gu ’21 and his family who hosted the event. As our time in China is coming to a close I am reflecting on my time here, I am devastated that time flew by so fast and am hopeful that one day I can return. 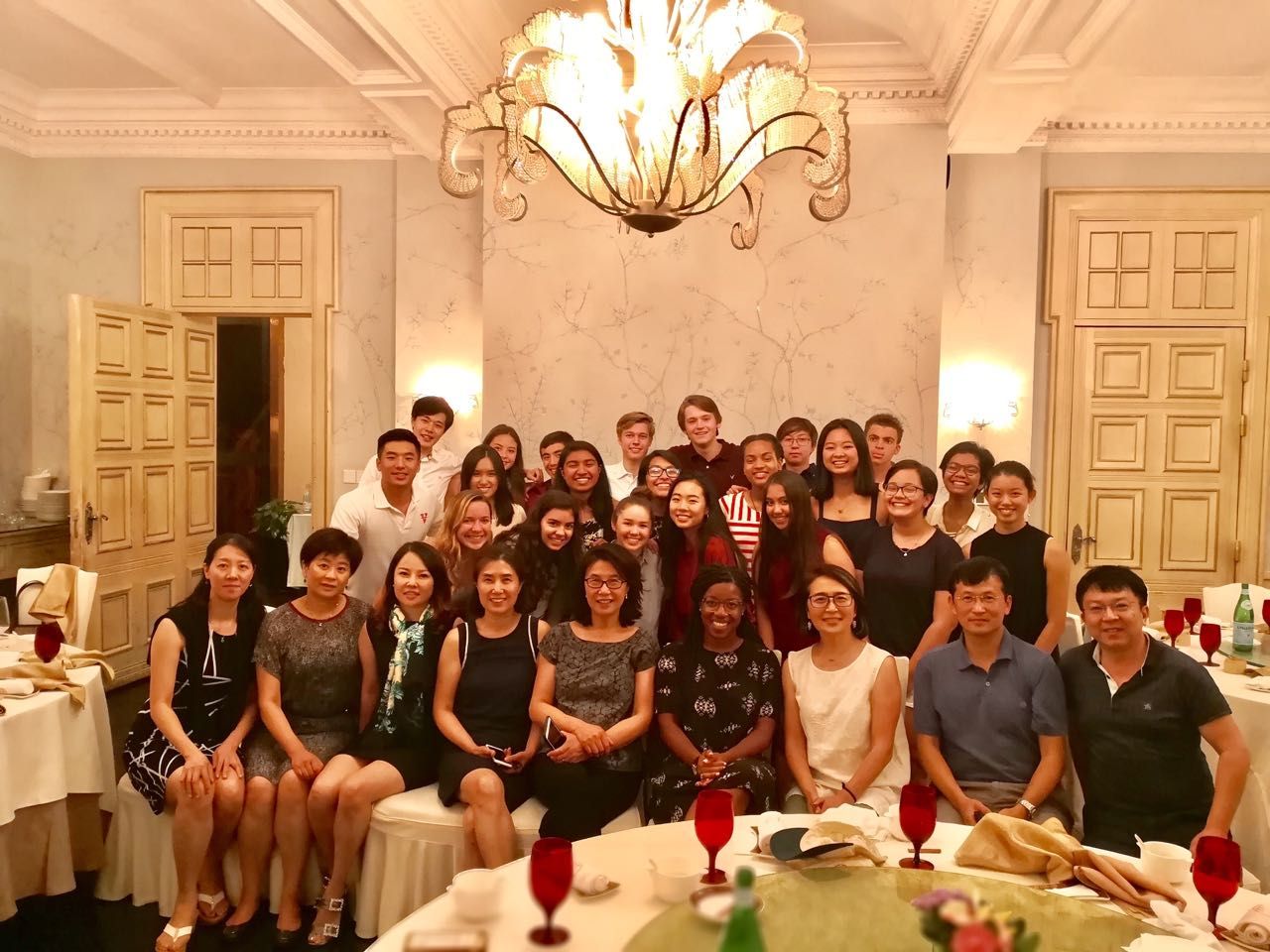 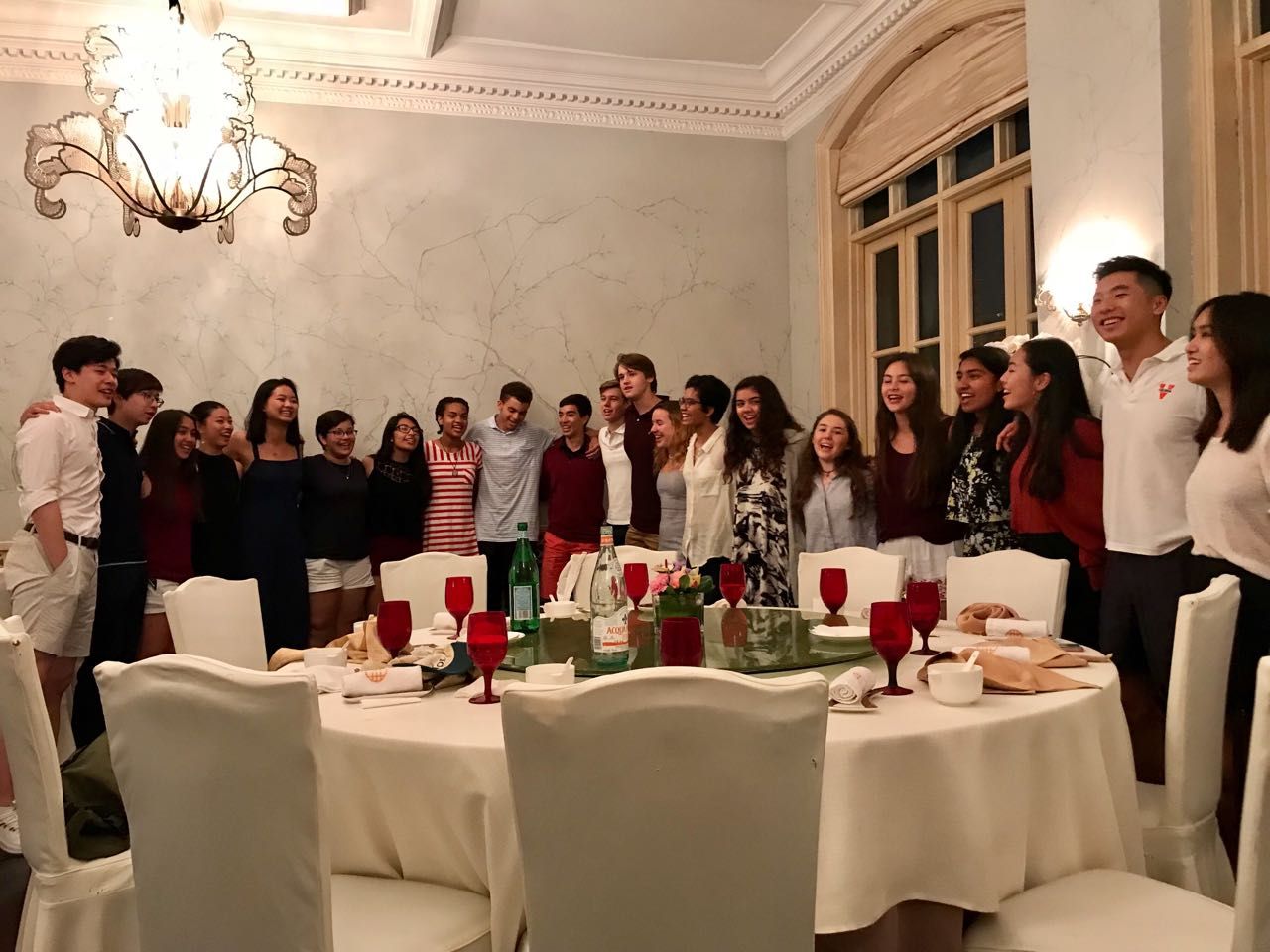