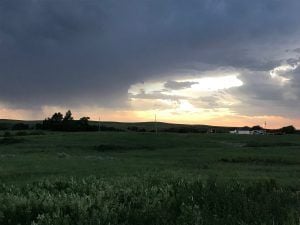 Ian Gordon ’19 and Steven Li ’19 reflect on the context of life on the Lakota reservation, the mission of Simply Smiles, and the gratitude they feel for the experience they had this week while traveling with their peers on a CSGC travel program in South Dakota. 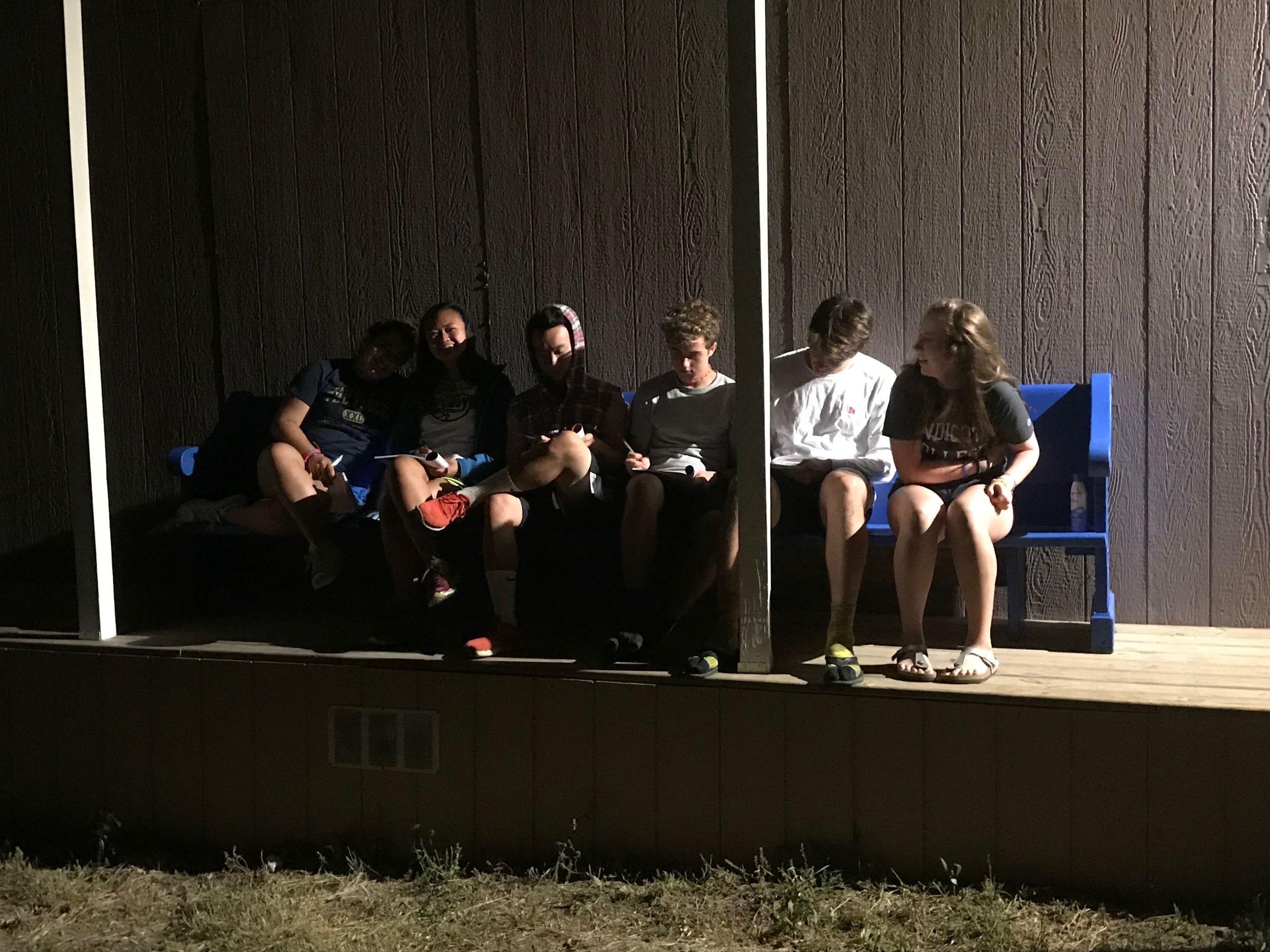 To put it bluntly, the centuries of abuse and discrimination by settlers, explorers, and the United States Government is evident throughout the Lakota reservation. Pushed and confined to reservations like these years ago, the people here are still struggling to preserve their land and culture. As some of us may have learned in school, Native Americans had their land bought and taken from them for a large part of the last three centuries. Colonies, westward expansion, the gold rush, railroads, and modern development all contributed to the erosion of their borders. During a time that ended not too long ago, many Native American children were stripped of their families and sent to Christian boarding schools. A woman named Marcela, who manages the garden at Simply Smiles, described how many of the elders in the area and she herself were part of the boarding school process. Children would return to their families after eighteen years without knowing the Lakota language or customs, not a part of Western society, but also alienated from Lakota society. Now most elders were a product of boarding schools and struggle to pass on the language and culture that they themselves were taken from. Even now the Lakota reservation suffers from drug and alcohol abuse, the government pushes projects like the Dakota pipeline through, despite extraordinary protests not just from tribes in South Dakota, or even people in the United States, but from groups world-wide, reservations lack businesses, economic support, and opportunities for success, and as a result many youths lose ambition without examples of success of people like them.

We start this blog with this description not to paint a desolate picture, but to bring context, to show just how much people here must fight to overcome adversity, and to show how much a place like Simply Smiles can help. In my last night here John, Helen, JJ, and I were speaking to a man named Ford about his life, the reservation, and Simply Smiles. He described how some of the founders and managers of Simply Smiles had once approached him and asked him if their presence was really helping or if they should leave. He described how vital they had become to the community and the kids. When they came the building, which is now the community center was about to collapse, but is now completely renovated and sits next to an expansive garden and playground, a basketball court, the roofed “pole-barn”, and an entire bunkhouse for volunteers. Simply Smiles is not just a place that gives kids a sense of place and brings a little light to their days, but is now a center for the community that offers community meals, and an environment of growth, opportunity, and warmth. By no means are the people of La Plant helpless, Ford himself, who is in his mid-seventies, just finished taking a business class and is now waiting on a loan for a lumber business while his friend starts a hide-tanning business, but it is amazing to see how far a helping-hand like that offered by Simply Smiles can go.

A few examples of the many kids that I had the privilege of meeting were Ayshay and Wayne. Their creativity, passion, and patience amazed me. I didn’t spend a lot of time with Ayshay until the last couple of days, but my experience with him resonated with me. He played the piano, as many of the kids took advantage of the single piano in the community center, and we sat together for a straight hour teaching each other the tunes we knew. He was only seven! Not only did his face light up when he learned a melody I had been practicing with him, but I was really touched when he would get excited as I got better at the tune he had been teaching me. I had met Wayne on my second night of the trip, and he immediately took an interest in the Rubix cube that I carry around sometimes. I showed him how to solve it and walked through some of the steps, he made me promise to come back the next day and teach him. By the end of the week he could solve a side quickly and could do the last few steps by himself once I got him close to the end, which is no easy feat. The passion and drive that so many of the kids like Ayshay and Wayne exhibited amazed me to no end, and made me realize how special this place truly is. 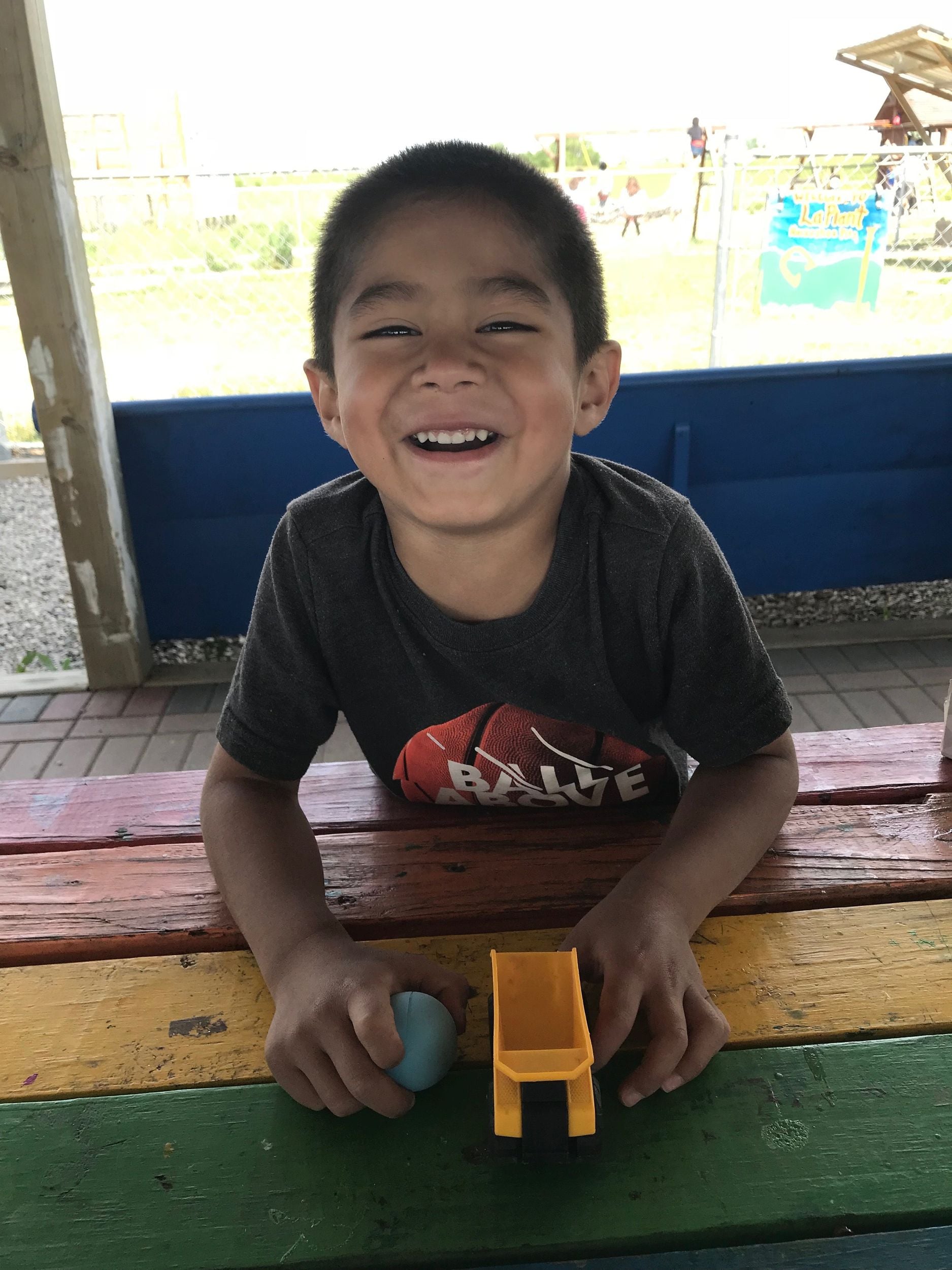 If you ask some kids what their names are, they usually reply with “nobody” or “nothing”. Identity of who one was, and who one was going to be is something that the children struggle with every day. Historically speaking, the identity, history, and personality of the Native Americans had been long stripped away from the first settlers. With a school dropout rate of 50%, the effects of oppression systemically stays in the communities and aspirations and dreams are scarce to find. Yet, there are constantly glimmers of light that break through to the surface. While Simply Smiles acts as a safe place, where kids are allowed to just be kids without the worry of abuse or outside threats, it also gives the children a chance to try things that might not be available to them otherwise. Something that was very popular was music: guitars, ukuleles, and the single piano held the attention of many kids. Some kids like Jamie strived for perfection and practiced almost every day, while others just wanted to listen and appreciate the musical melodies. Our roles weren’t to “teach” the kids who they were, rather we were there to support them in whatever they wanted to do. Dancing, drawing, singing, these were all initiated by the children, and we just acted as helpers if they needed us. During the beginning of the week, it was hard for us to find our place and roles, as past privileges and entitlements were obstacles that we had to find our ways to get around. But towards the end of the week, we were beginning to understand how to act and why we were there. It wasn’t easy, as some topics were taboo, and other things the kids had never heard of, but as we were figuring out how to navigate, things got smoother. 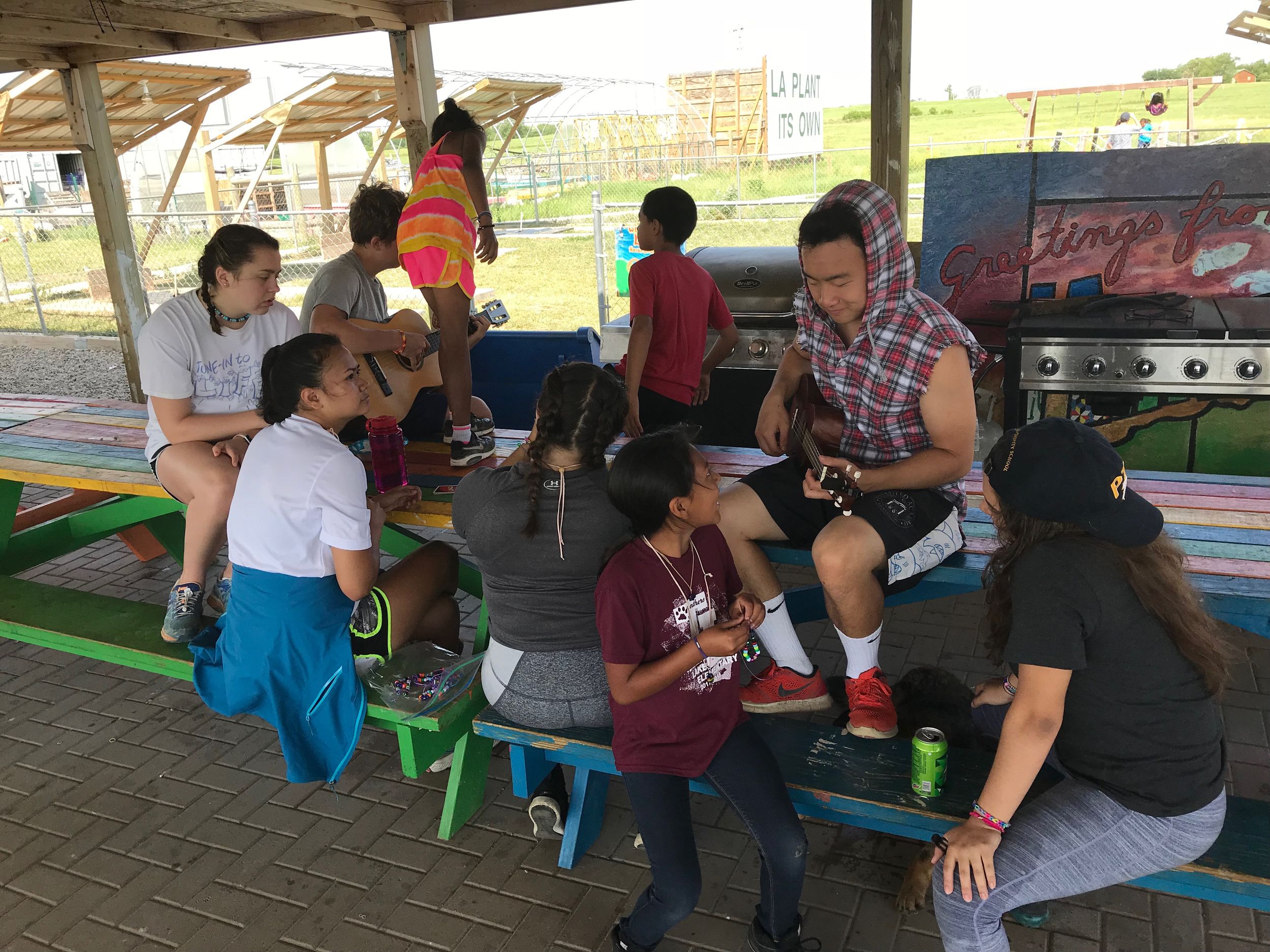 We’d like to take this chance to say thank you to Dr. C, Mr. Carroll, Brian, Ms. Armato, Sam, and the rest of the Simply Smiles staff. This truly was an unforgettable experience that we will never forget. I had the honor of spending a lot of my week with a little girl named Ja’laya. As I told her that I was going to be leaving soon, we went around the Simply Smiles hiding trinkets around. When I asked her why we were doing this, she replied “Because I get distracted really easily, and I don’t want to forget you.” Believe me when I say that I cried then, and then cried after when I was holding her hand to send her back home on the bus ride. As I gave her one last hug and told her to be safe and act good and she left, I realized that this is why Simply Smiles is here: to provide a safe place where kids can play and bond with not only one another, but also perhaps a mentor who they can look up to or trust. Although my eyes are wet, and my nose is sniffling, I’m smiling. Because that’s what they do here at Simply Smiles. So thank you for the week Simply Smiles, I hope that one day I can return. This is Steven and Ian, signing off. Till next time! 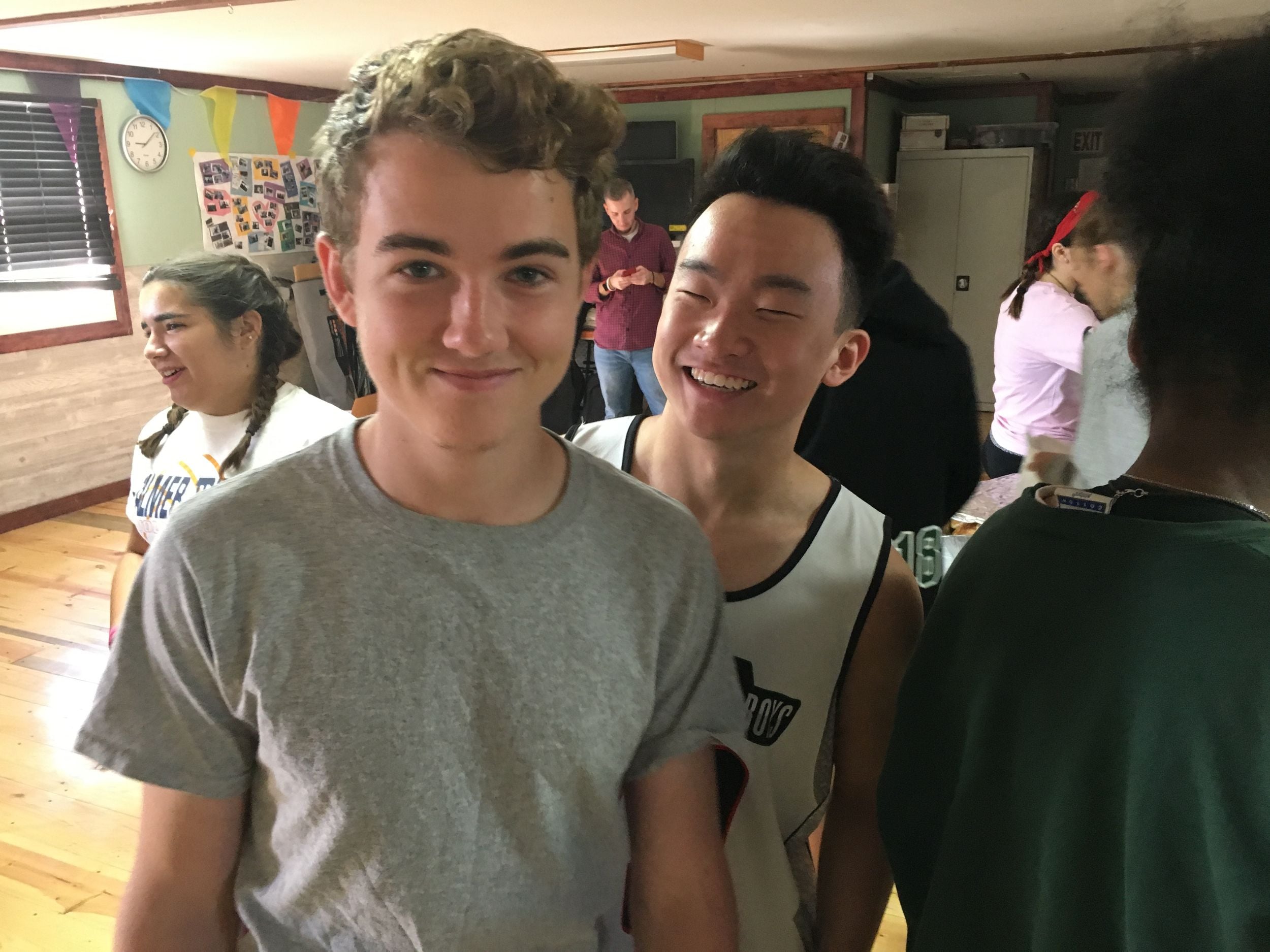 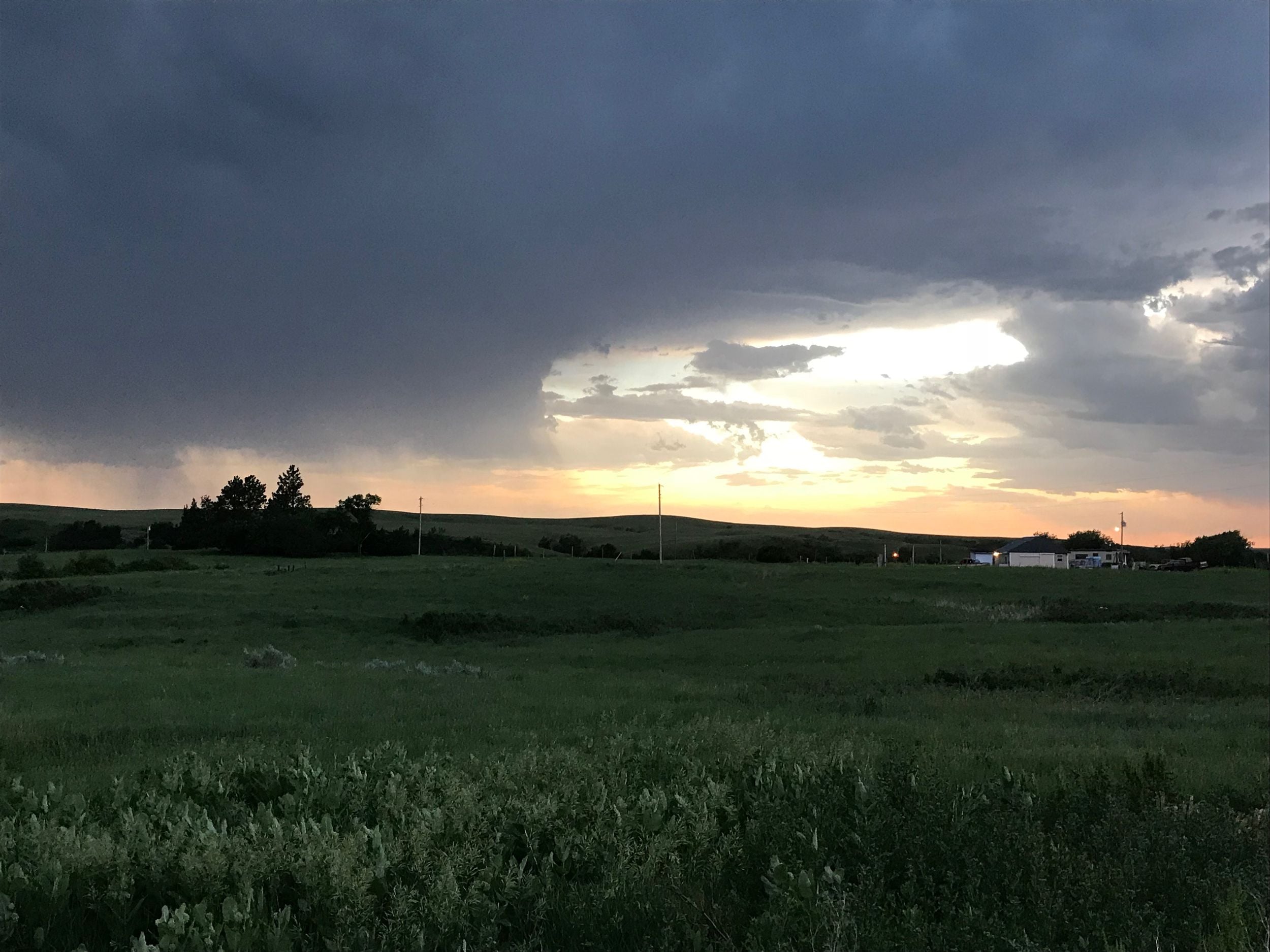