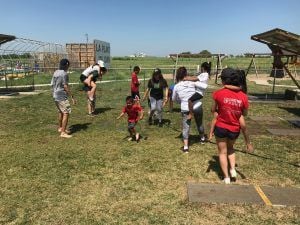 Soo Min Lee ’19 and Helen Lipsky’20 make a connection with an elder from the community and embrace their new found friendships.

Today’s schedule was a little different from the previous days because there was a town-wide breakfast at nine. We started camp at 10:45, which included animal charades, a scavenger hunt, and playing in the park (playground). After having two days with the kids, we thought they got more accustomed to us being at summer camp with them. We easily found our buddies and started to hang out with them. When we hung out with the kids, it was rewarding to see their smiles that came from even the smallest things: piggyback rides, rolling in the sand, and just sitting and talking.

Apart from the children, we also got to meet Ford, an elder of the town. We sat for hours listening to his stories about his time in the Marine Corps and his service in Vietnam. He reminded us the history of Native American boarding school culture, and he explained how he was glad that now he could boast his Native American culture with fewer limitations. It was interesting to see how we could listen to Ford’s stories and directly connect them to what we had learned in the classrooms. However, unlike textbooks, Ford’s stories allowed us to hear first-person accounts of the injustices brought upon the Native American people.

Also, today was the day we went to Dairy Queen. On this short trip, we got to solidify our relationship with the partnering high school, Palmer Trinity. When we finally returned to the center, we had a dance party in the park. Declan went all out and showed us his best moves, and by the end we were all tired out. We anticipate a goodnight’s sleep tonight! 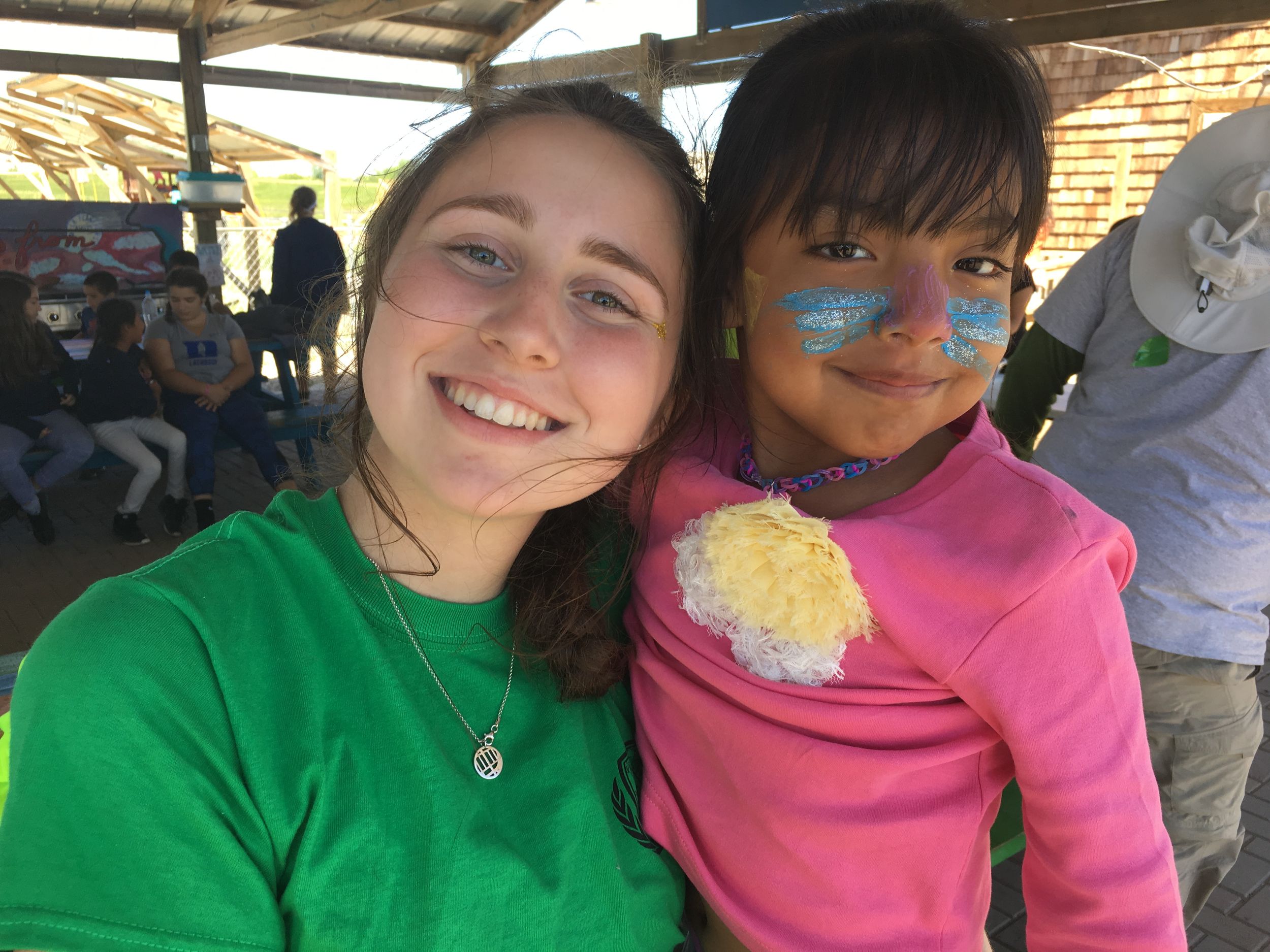 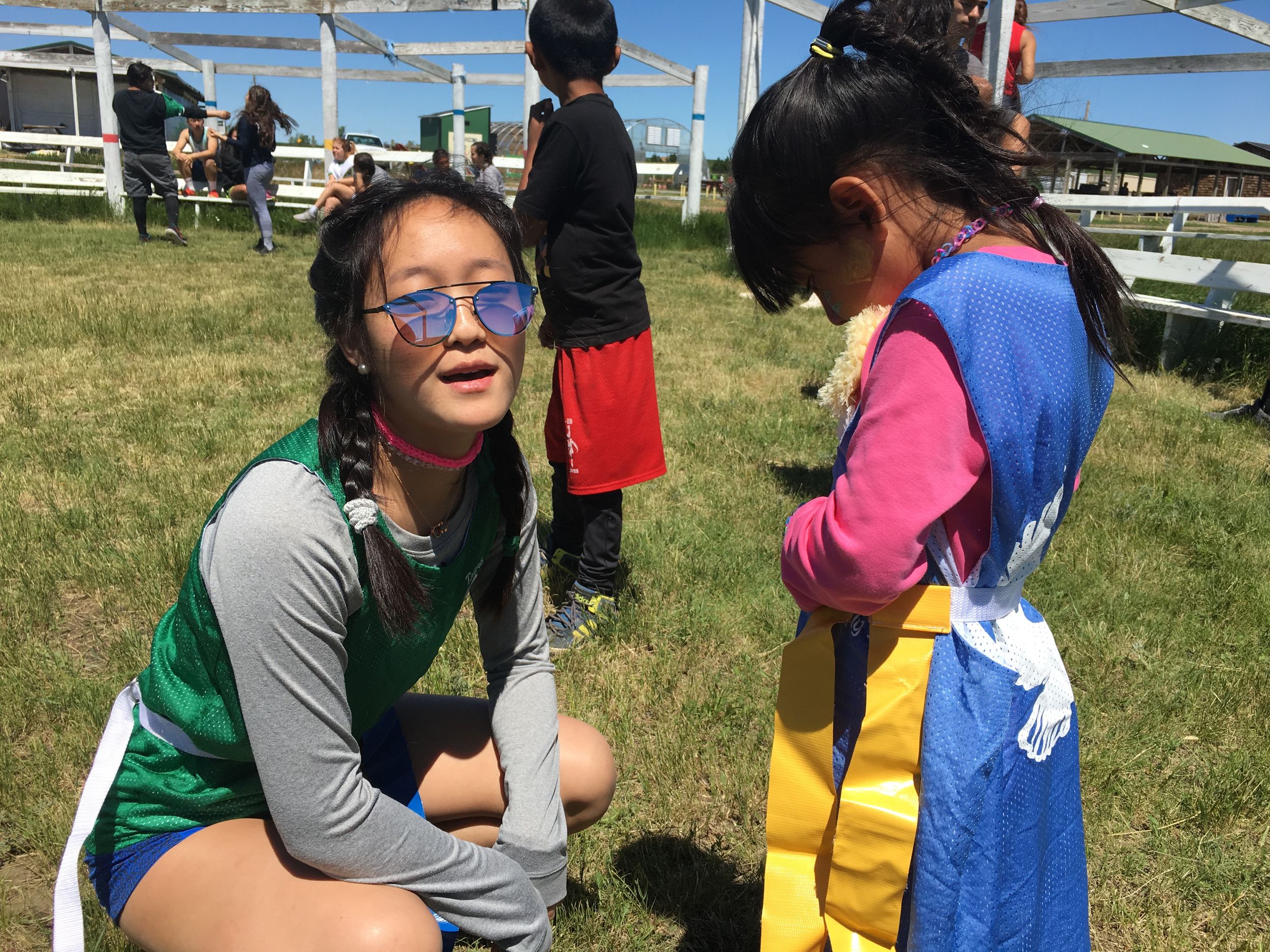 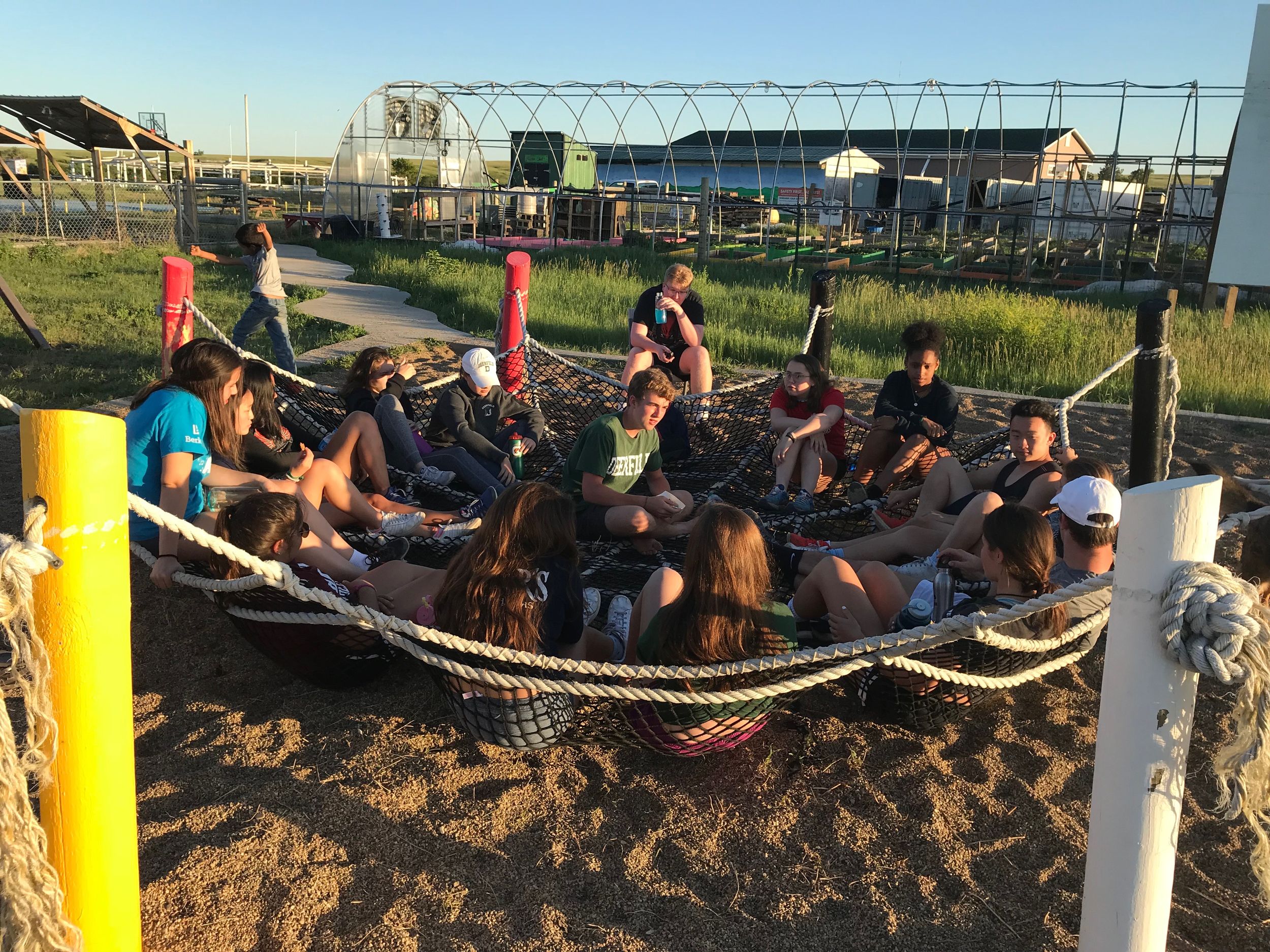