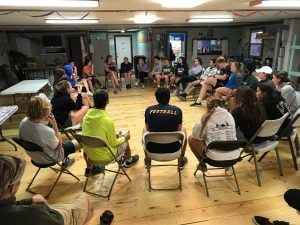 Greetings from the rolling hills of La Plant, South Dakota! The second day of camp was very successful and filled with fun. There was a hike planned for the morning, but it got rescheduled, so we made up for it by playing ping pong and capture the flag. When we weren’t pushing kids on the swings or giving piggy-back rides, kids learned about climate change and the rules of Frisbee golf.

Some of my personal favorite moments of the day included learning how to make Rainbow Loom bracelets from the expert children, losing at disc golf to a 4-year old who could better throw a Frisbee, and shooting half-court shots with the basketball all-stars. I formed and continued to improve upon friendships, and found common interests in many different areas from favorite musical interests to funny sibling stories. Hugging my piggy-back buddy goodbye at the end of the day’s summer camp was especially hard today. 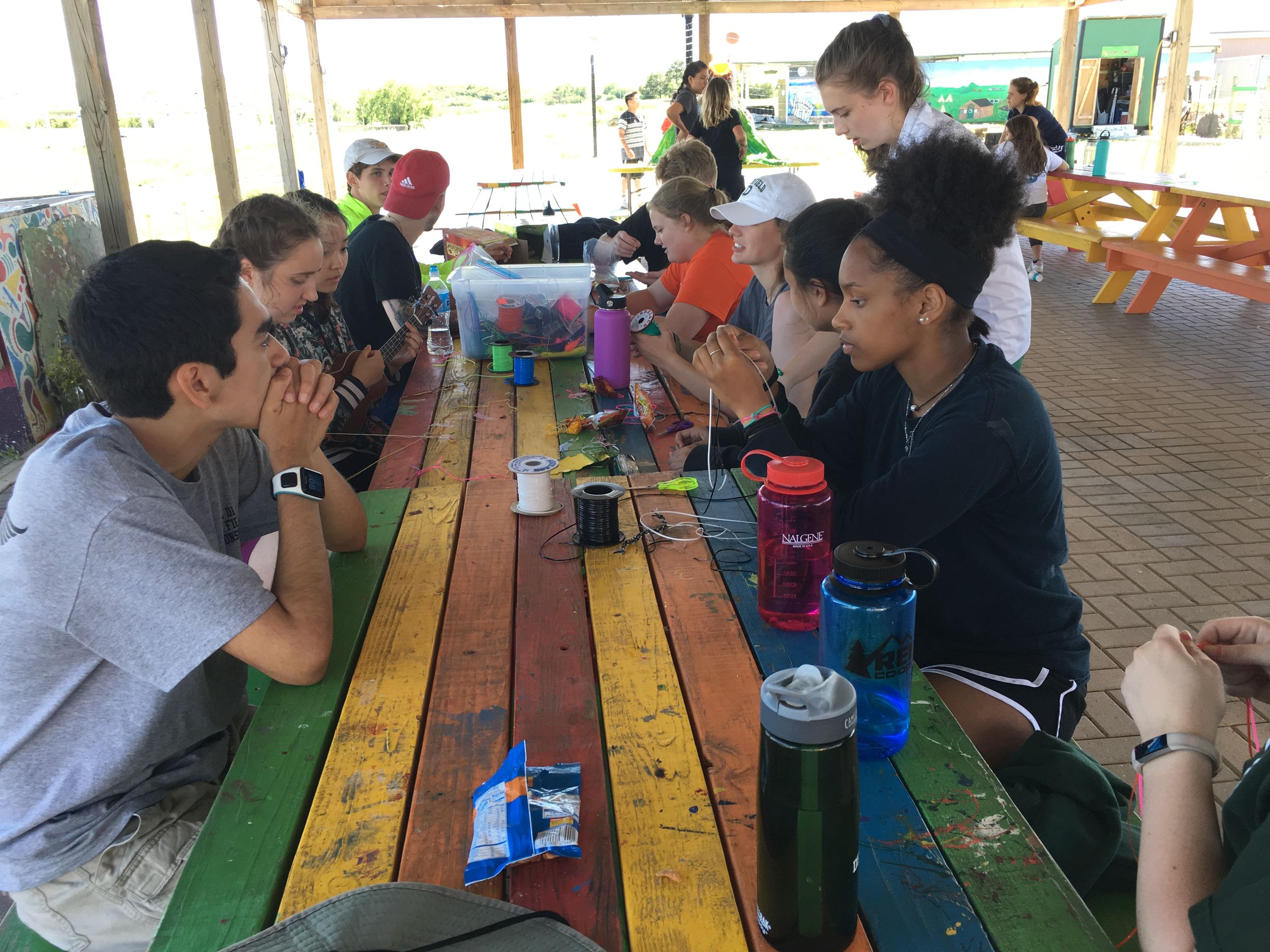 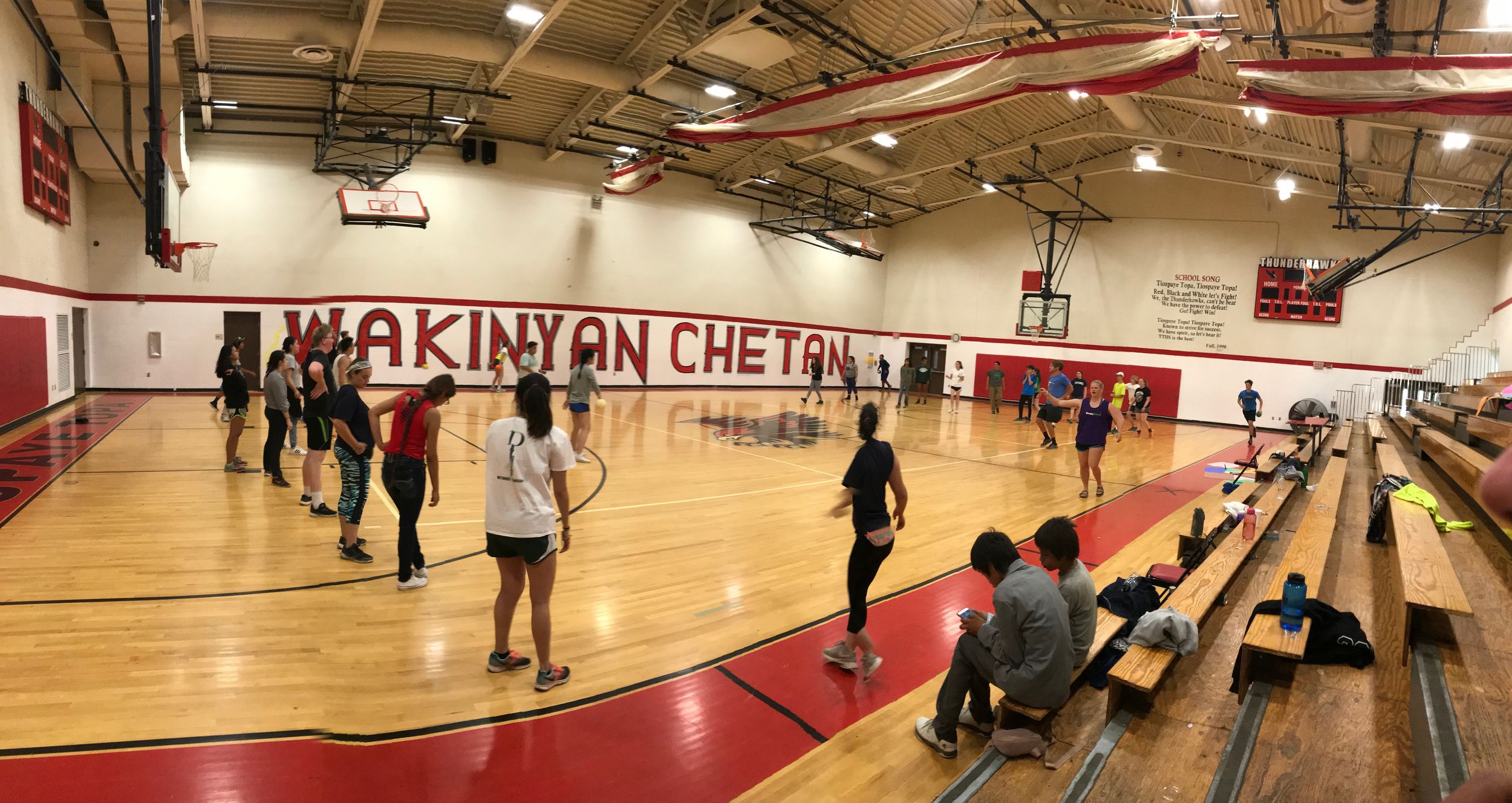 Today, I tried to make more personal connections with the kids, not just float around between kids or areas like I had done on Monday. Therefore, this morning I buddied up with an eight-year-old boy, who, when I had met him earlier, had given me a hug just because I had told him my name. His favorite activity was jumping off the swings with his friend because it made him feel like he could fly.

After lunch, I decided to move on from the swing set to play guitar with some of the other campers, and left my buddy from earlier in the capable hands of another volunteer, but today made me hopeful about more potential connections I can have with these kids.

After camp, our Deerfield group and the group from Trinity Palmer have taken to hanging out in the “spider web,” essentially a huge hammock on the playground, where we have bonded, shared stories, and compared experiences. We also spend our downtime playing card games together and gazing at the prairie from the bench outside of the bunkhouse.

We can’t wait for what the rest of the week holds! 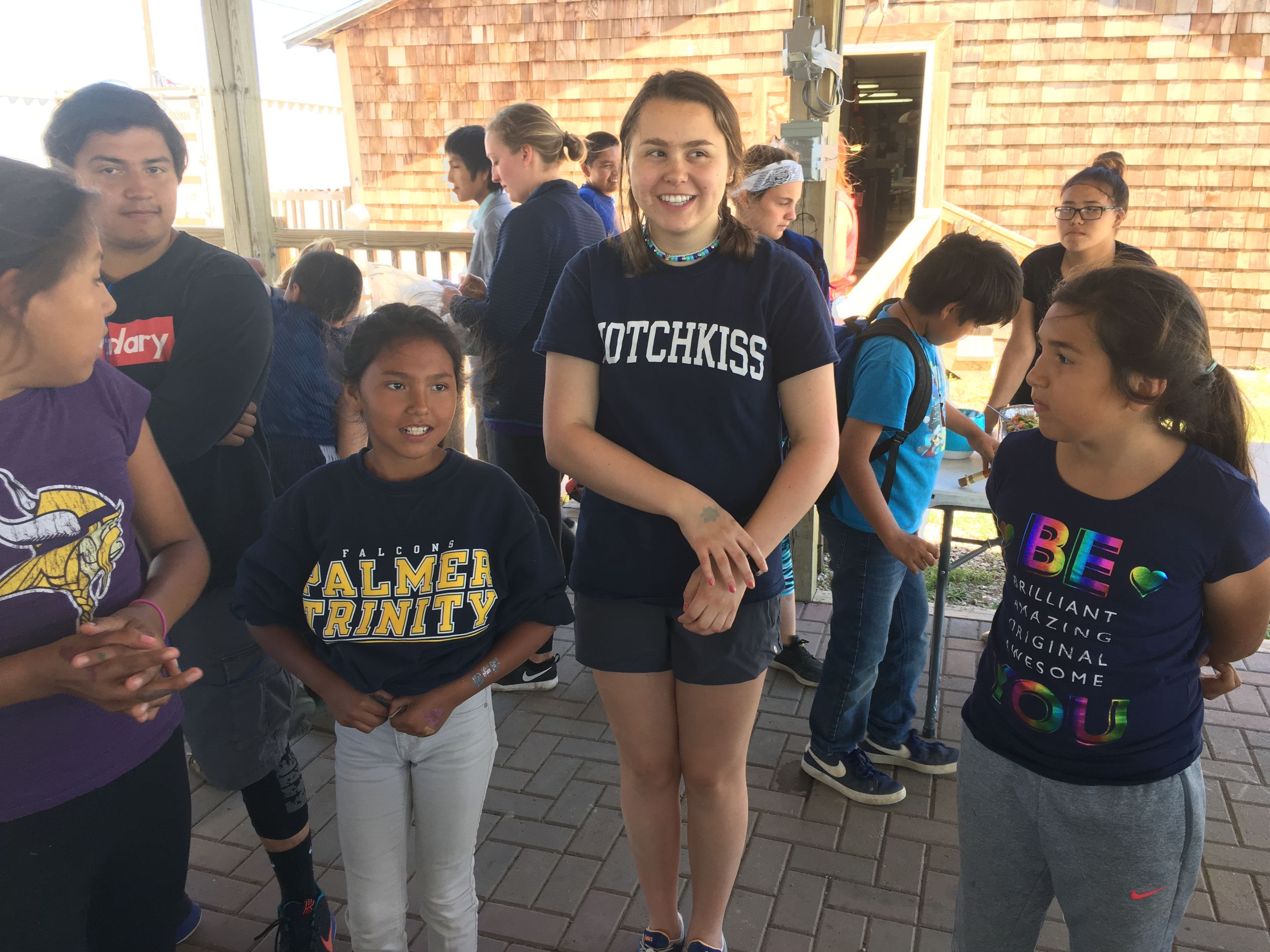 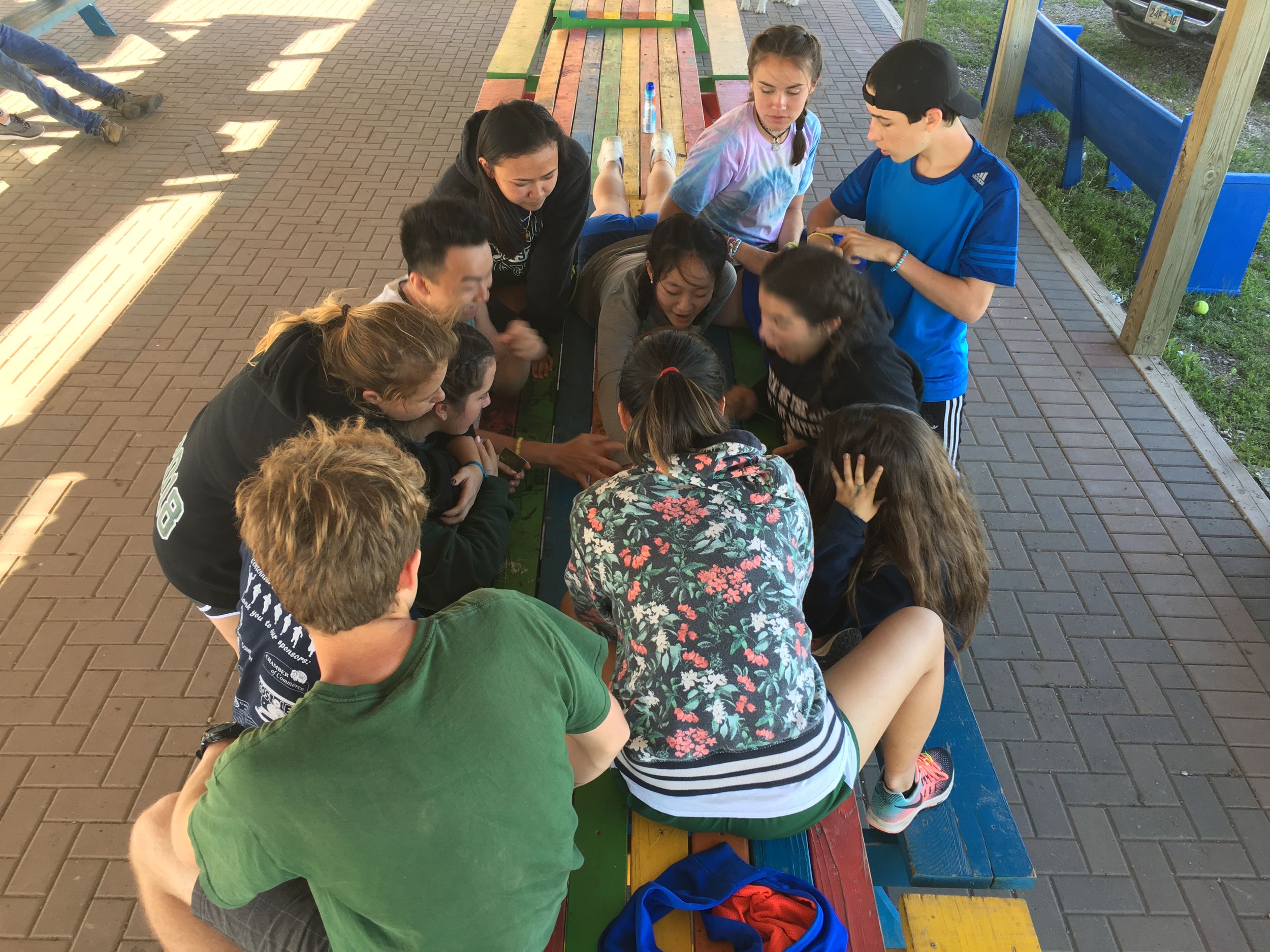