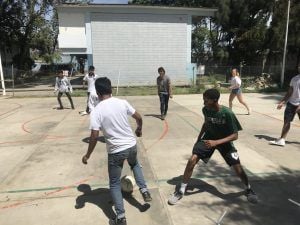 Will Savage ’20 describes what it was like to watch Mexico’s World Cup opening game against Germany at a restaurant in Oaxaca.

For the past week, the city of Oaxaca waited anxiously for Sunday morning, for the highly anticipated opening match for Mexico in the 2018 World Cup. Street vendors littered the streets with racks of green, red, and white national jerseys and restaurants advertised themselves as the place to be to watch the game. Talk of the forthcoming match seeped into each and every conversation I had, whether it was with a teacher, host mother, or a waiter. To give a sense of the devotion and pride the Mexican people have in their team, my host mother, Lupita, on the night before the opening match, told me a story of six Mexican friends and their journey to Moscow for the World Cup. These six men set off for the adventure of a lifetime on April 25th when they began driving “La Bendición” to Moscow. “La Bendición” is the name these friends gave to their bus that they modified and adorned with Mexican symbols, quotes, paintings, and colors. They have travelled for almost two months and finally arrived in Moscow on June 13th, wearing exactly what they wore when they left, Mexican sombreros and wrestler masks. They spent their 4-year savings and left family and loved-ones behind so that they could support their country on a global stage. This story along with my experiences in the country gave me a sense of the kind of national pride this soccer team has given their country. Yet, I would have to experience it to really find out.

I woke up the next morning incredibly excited to experience a part of Mexico that is seemingly so deeply rooted into its culture. We walked as a group to a local café that was screening the game and we planned to eat breakfast while we watched. There wasn’t a single seat unoccupied in the café by the time the game got underway. After a few minutes of watching the game, I had realized that this game wasn’t going to go as advertised; Mexico actually stood a chance against the reigning champs, Germany. Each team had their respective chances, each of which resulted in a fervent reaction from the viewing party. Germany controlled possession but took a lot of time to generate a scoring chance. Mexico, implementing a counter-attack strategy, took advantage of each and every chance they got and generated successful scoring chances. The 0-0 score line was broken in the 35th minute on a masterfully executed counter-attack by Mexico. After a Mexican defender stole the ball away from one of the German strikers, they quickly moved the ball upfield and behind the stretched back-line of Germany and created a 2 on 1 opportunity. After receiving a pass and one touch, Hirving Lozano buried his shot past the German goalkeeper and sent Mexican fans around the world into a frenzy.

Our restaurant erupted with cheers and excitement. The celebrations were so passionate, that, in Mexico City, seismic activity was recorded due to the jumping of Mexican fans. After 55 more tense minutes, in which Germany continued to control possession but Mexico held the majority of the chances, Mexico clung onto its 1-0 lead to win a historic match. This was the first time that powerhouse Germany had lost its opening match in the World Cup since 1986 when they tied Argentina 1-1. After the game, the fans hit the streets to celebrate. On my walk back from the restaurant, I saw green, red and white flags and jerseys worn by fans, hung onto restaurant windows, and posted to houses. The whole city united in celebration of their victory. It was truly a remarkable experience and I can’t wait for Mexico to play again on Saturday, June 23rd. 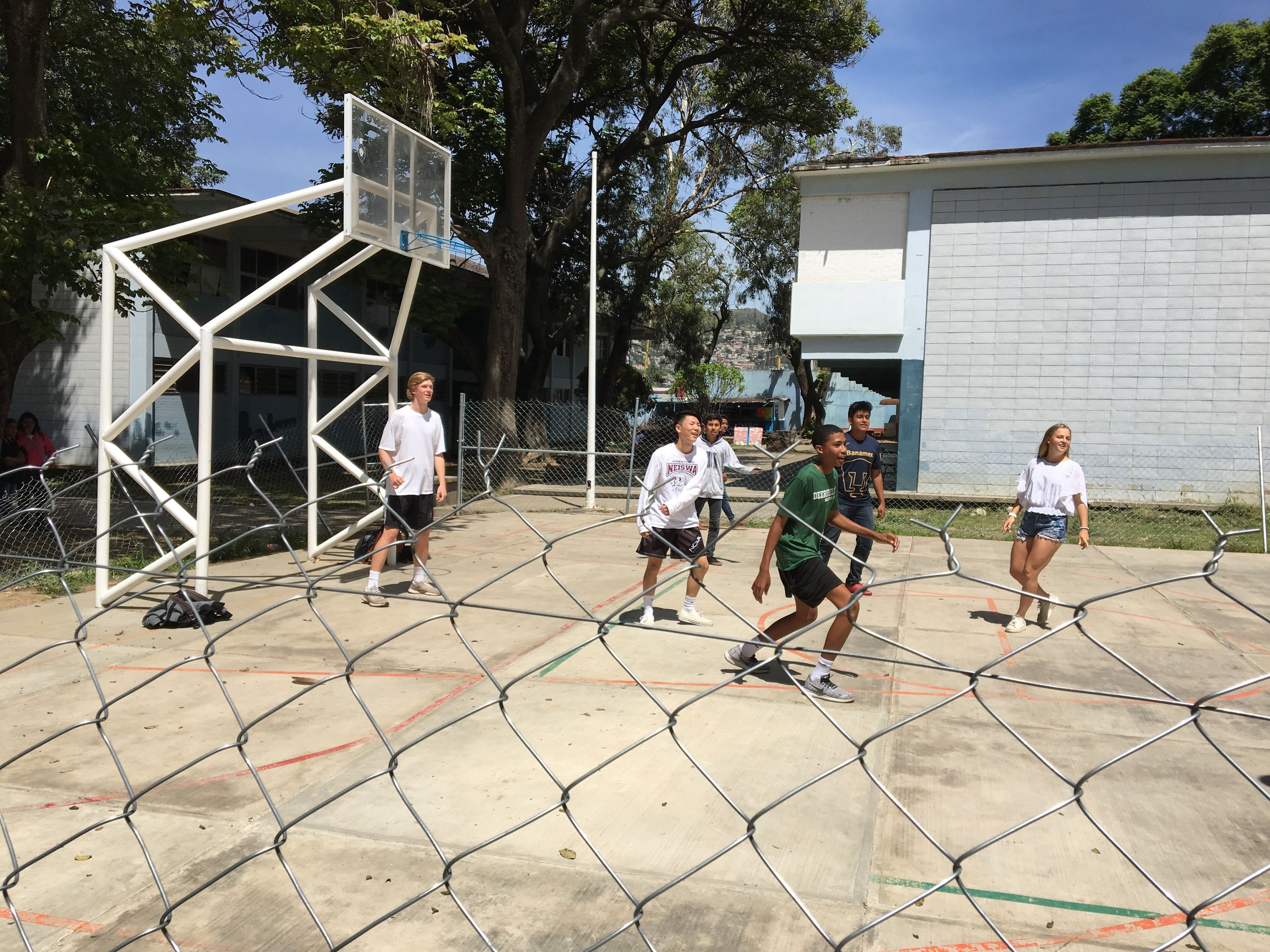 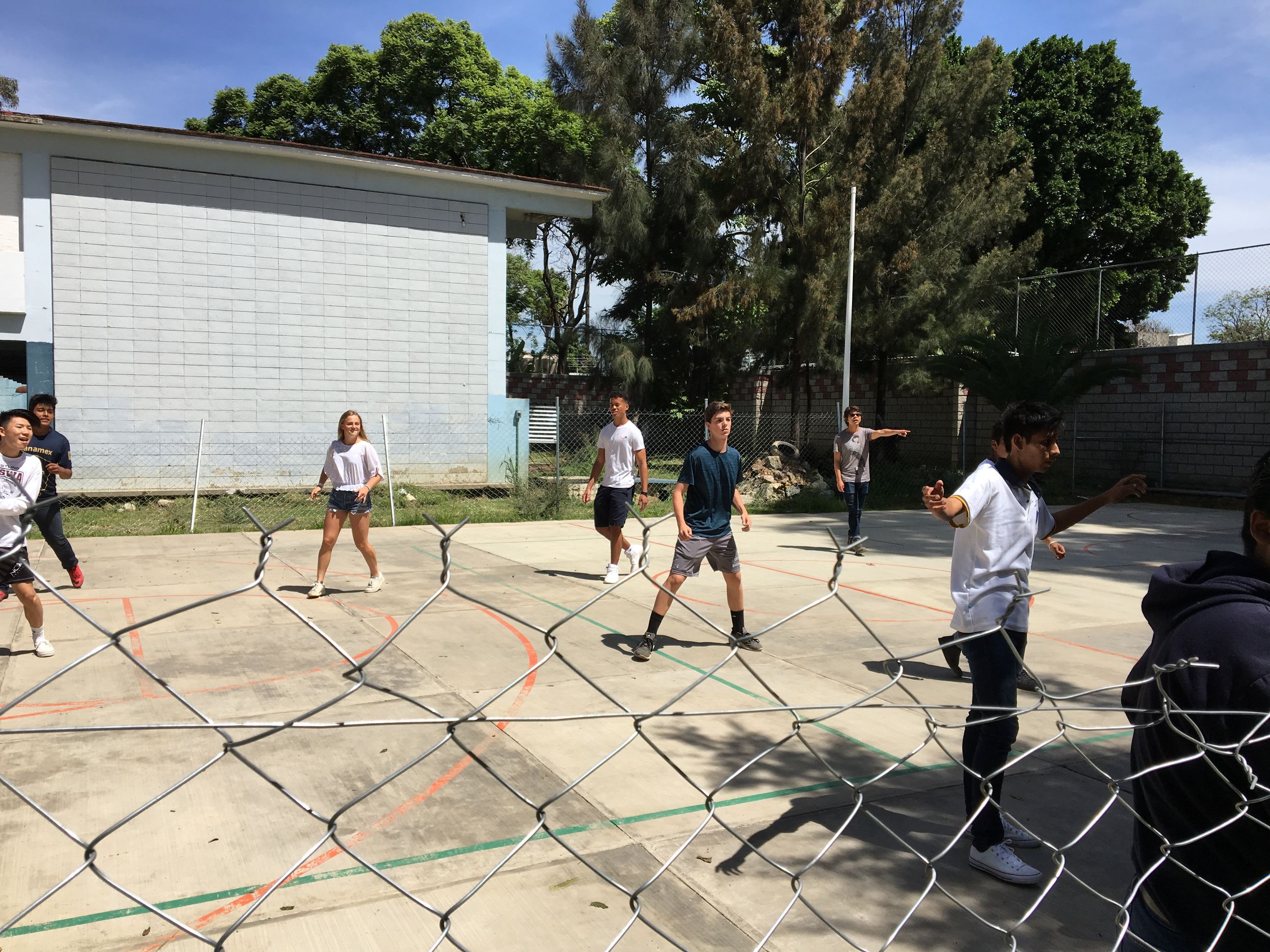