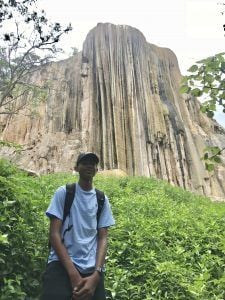 Henry Renelus ’20 reflects on the groups visit to Hierve el Agua and the ancient monument, Mitla.

The second weekend of excursions in Oaxaca began at Hierve el Agua, a phenomenal collection of rock formations. As the van slowly made its way up the side of the mountain, I fearfully looked over the edge, only to get an amazing view of the surrounding landscape. Luckily, this was only the beginning of our adventure. Once we finally scaled the mountain, bringing the group about 5,000 feet above sea level, we met our guide and began our hike towards our first point of interest. 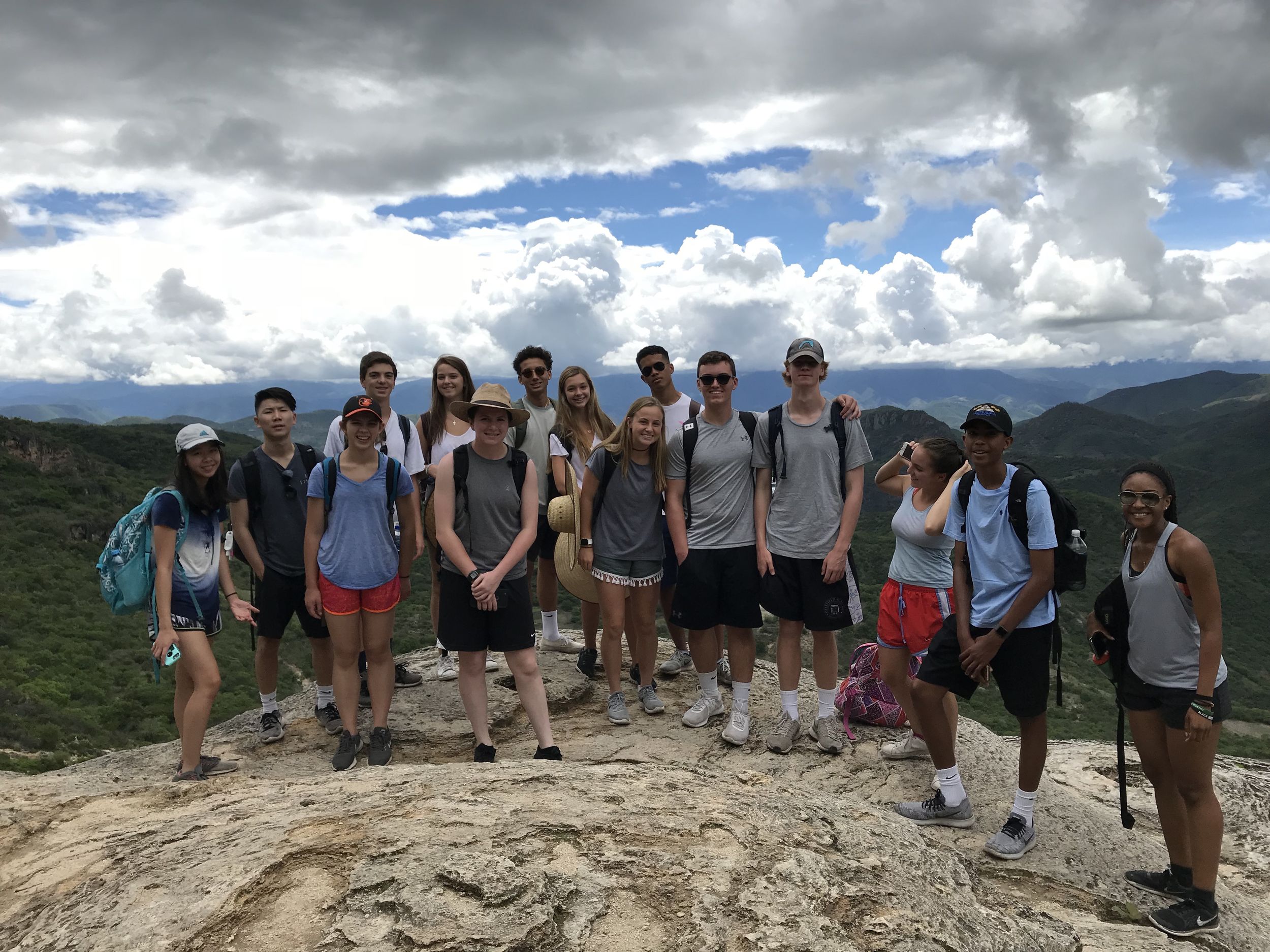 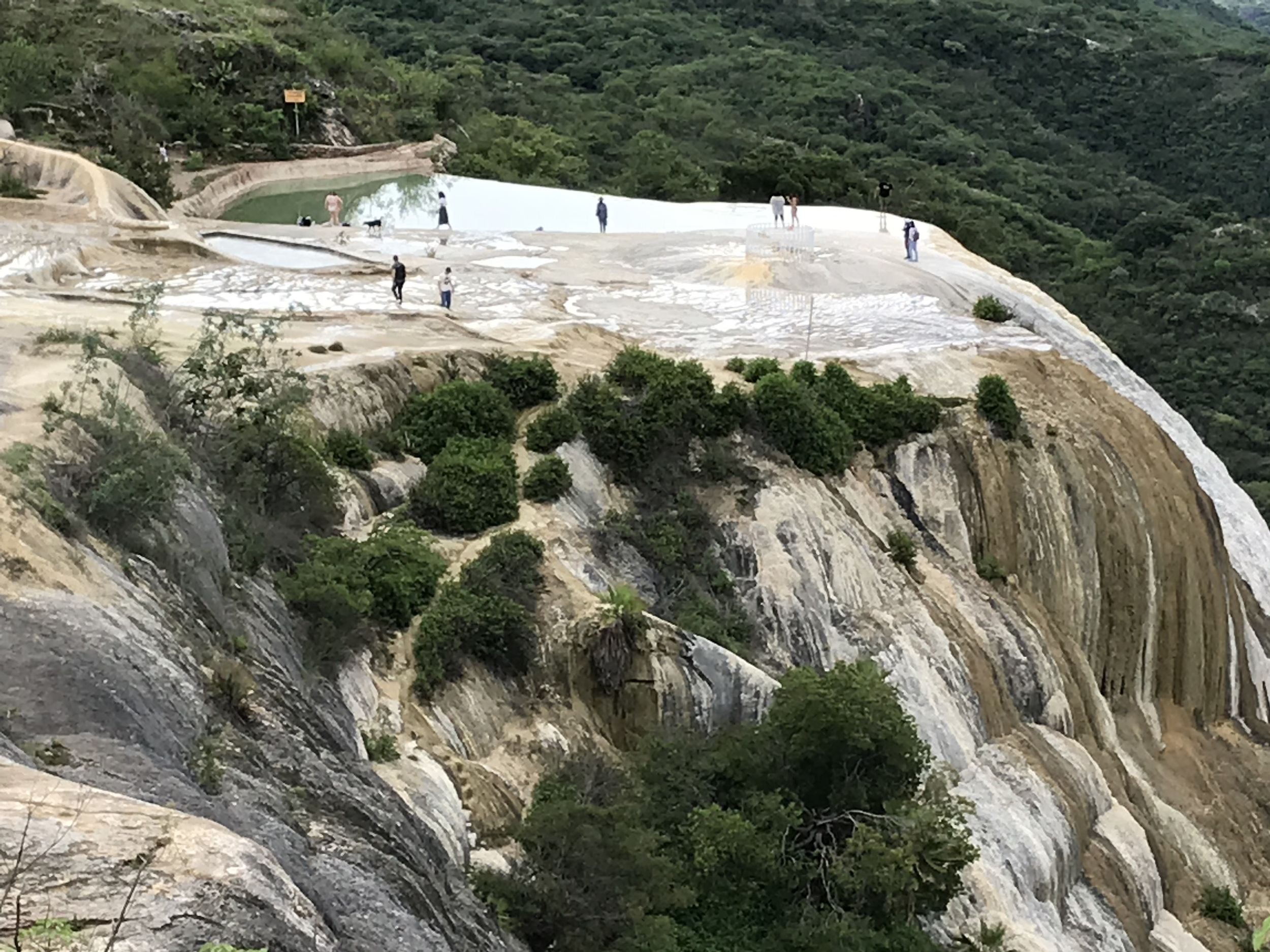 Much to my discontent, we made our way down a number of steep stone steps until we came to a landing with a light grey color. Towards the center of that area, our guide pointed out a spout of water, pushing water to the surface and further out. I realized that the water was bubbling and assumed that it was hot, but then he told us to go touch the water. Prepared to burn myself, I moved towards the center and out my hand in the water. I wasn’t burned, in fact, the water was very cold.

After this stop, we made our way to another landing where we had a clear view of what looked to be a solidified waterfall. Its name is “cascada chica” and it contains a number of natural and artificial swimming pools. I couldn’t entirely understand what the guide was saying about the cliff’s formation, so I did a little research of my own, and it turns out that it was formed by fresh water springs with water that contained a number of minerals including calcium carbonate. After everyone in the group got their share of photos of the cliff, we made our way back to the top where we all enjoyed some relaxation time in the pool. Although the green murky water didn’t look so inviting, it was great on the skin! 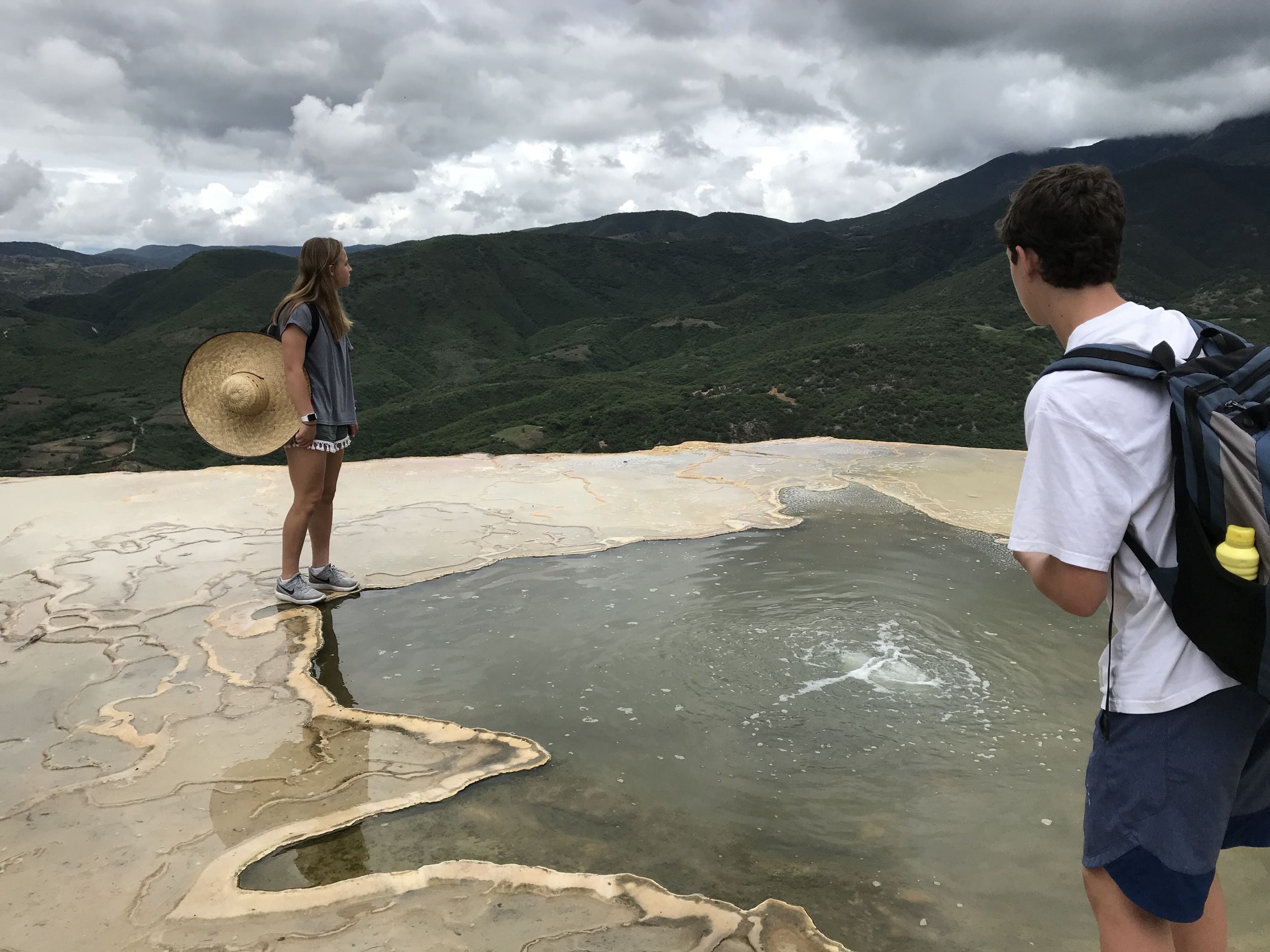 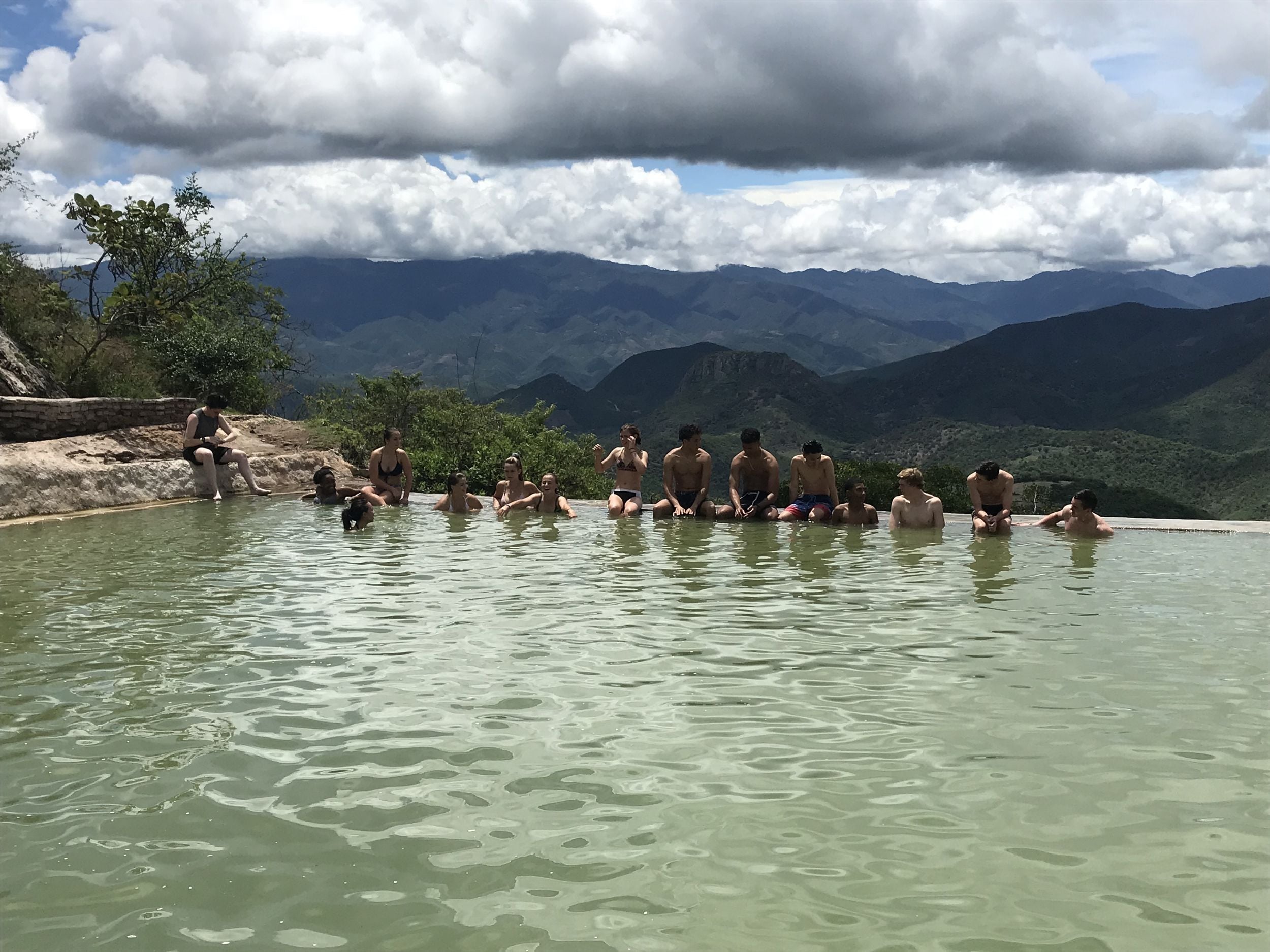 Our second stop of the day was Mitla, the main religious center of the Zapotecs. Ena guided the group through a few rooms within the complex, showing us the design structure of the buildings. The group headed towards what seemed like a courtyard. In this area were two openings in the floor which led to several tombs. Walking into the first tomb, I was a little on guard because I was unsure of how safe it would be. From the outside, there seemed to be a small opening that would be tough to enter, but to my surprise, there were a number of staircases and tall ceilings. I’m still baffled as to how these ancient people were able to develop these fantastic monuments. After our visit to the tombs, the group made its way to the markets where we remained for about an hour before leaving. We’re only halfway through the trip, but it already seems like we’ve done so much, and there’s still plenty more to come! 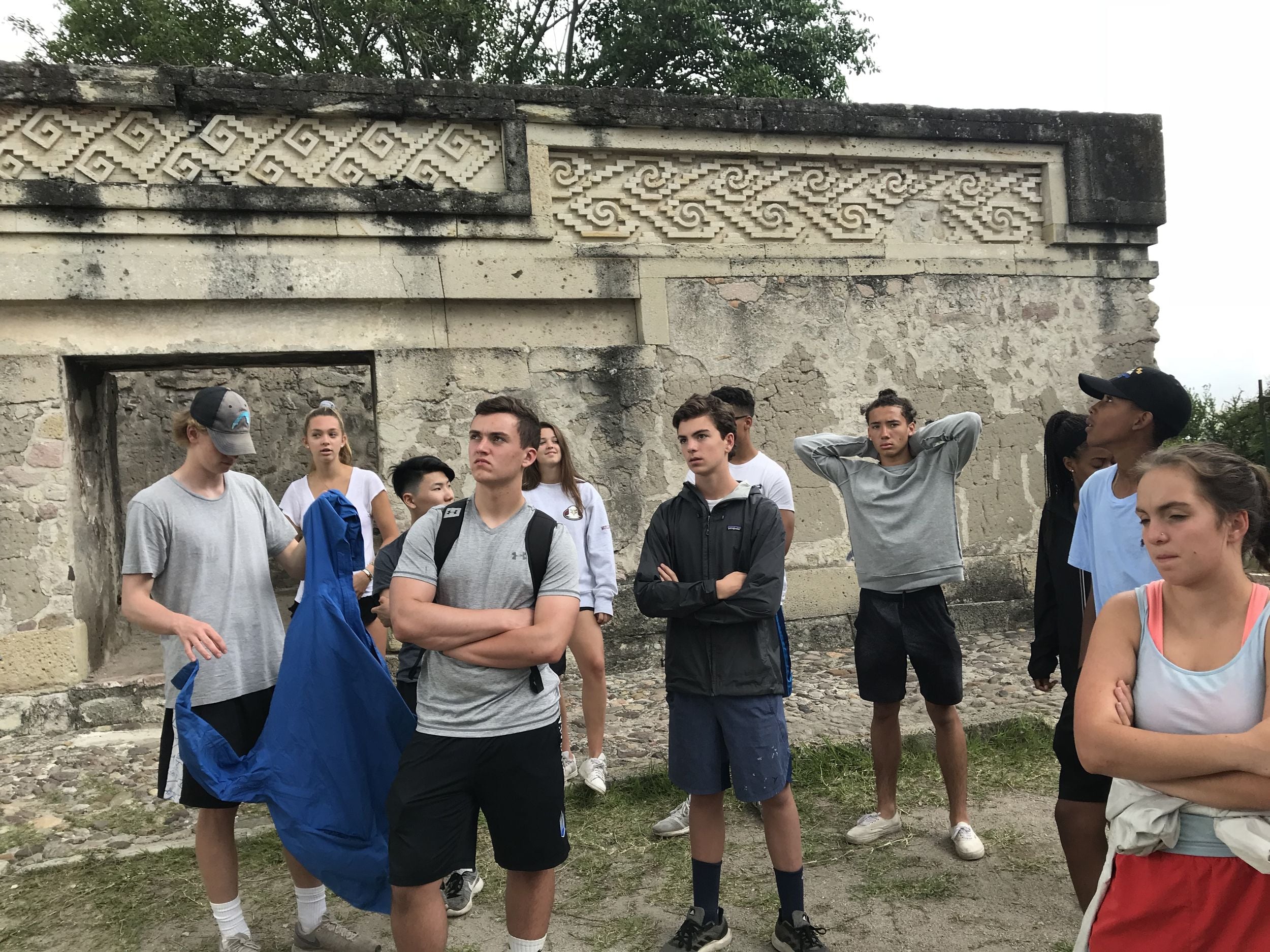 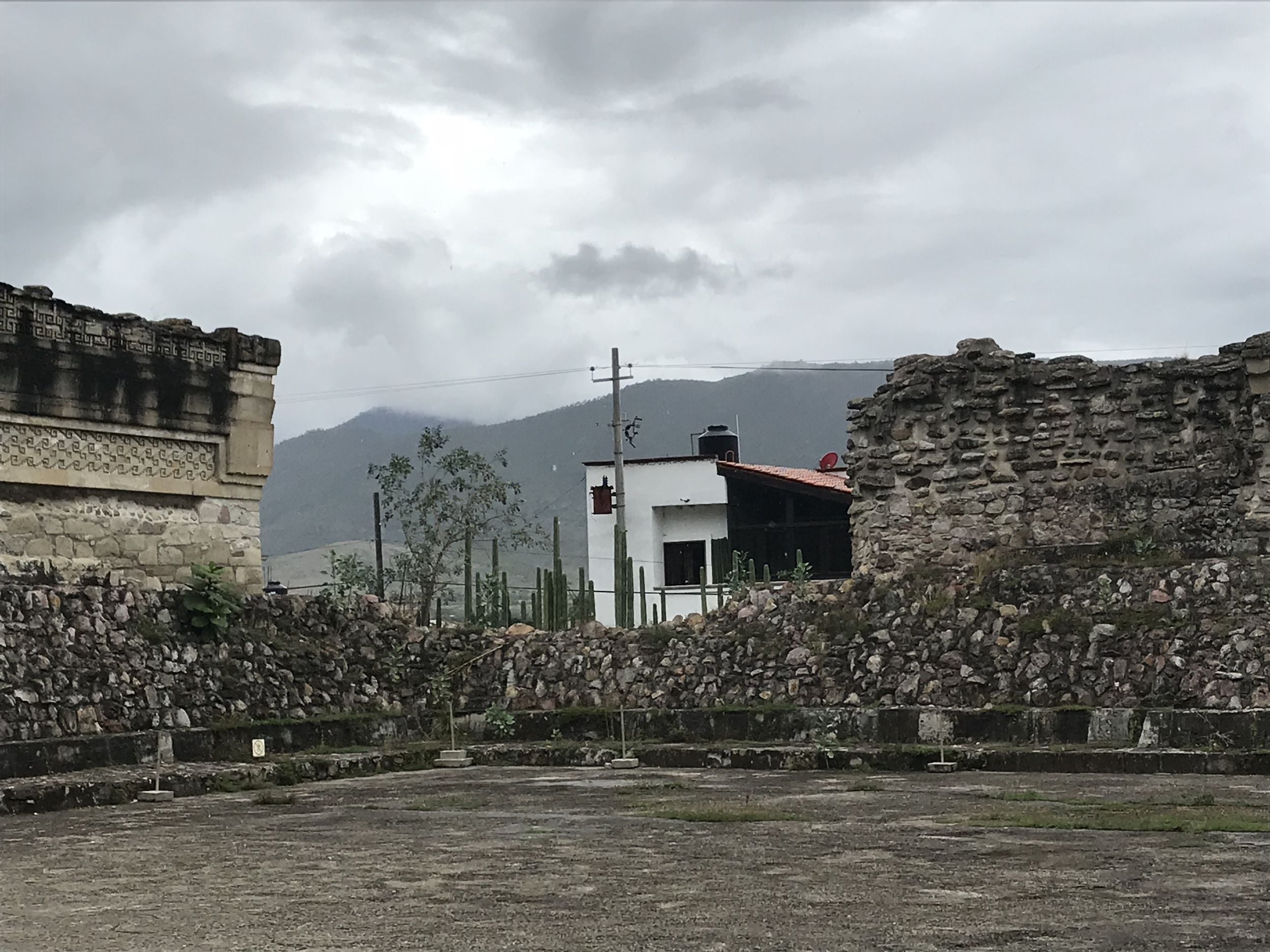