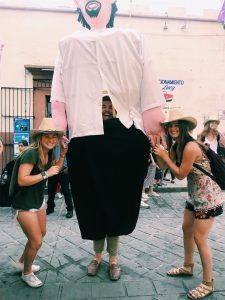 Deirdre Mullowney ’19 explains what a “calenda” is and shares her experience participating in the language school “calenda”.

A calenda is a unique and remarkable parade that brings a community together through constant laughter and joy. As we saw on Wednesday night, calendas are a fundamental part of the festivities in Oaxaca. Many Oaxacans go to calendas to celebrate everything they have accomplished with their friends and families and to leave all of their worries behind for just one night.

Calendas have also been known to bring those together who share the same beliefs, religion and devotion and to take pride in their faith. These parades are led by a line of instruments varying from trumpets to large drums and Monos de calenda which are some of the most important aspects of the festivity. Monos de calenda are giant papier mâché puppets with arms that move in any direction, attracting the attention of everyone marching in the parade. One would step into the papier mâché puppet as if it were a costume and could dance as freely and graciously as they wanted. Although the calenda was different than anything I have ever taken part in, I was fortunate enough to experience this incredible celebration with 14 other Deerfield students and we were all able to fully immerse ourselves in the Oaxacan culture. 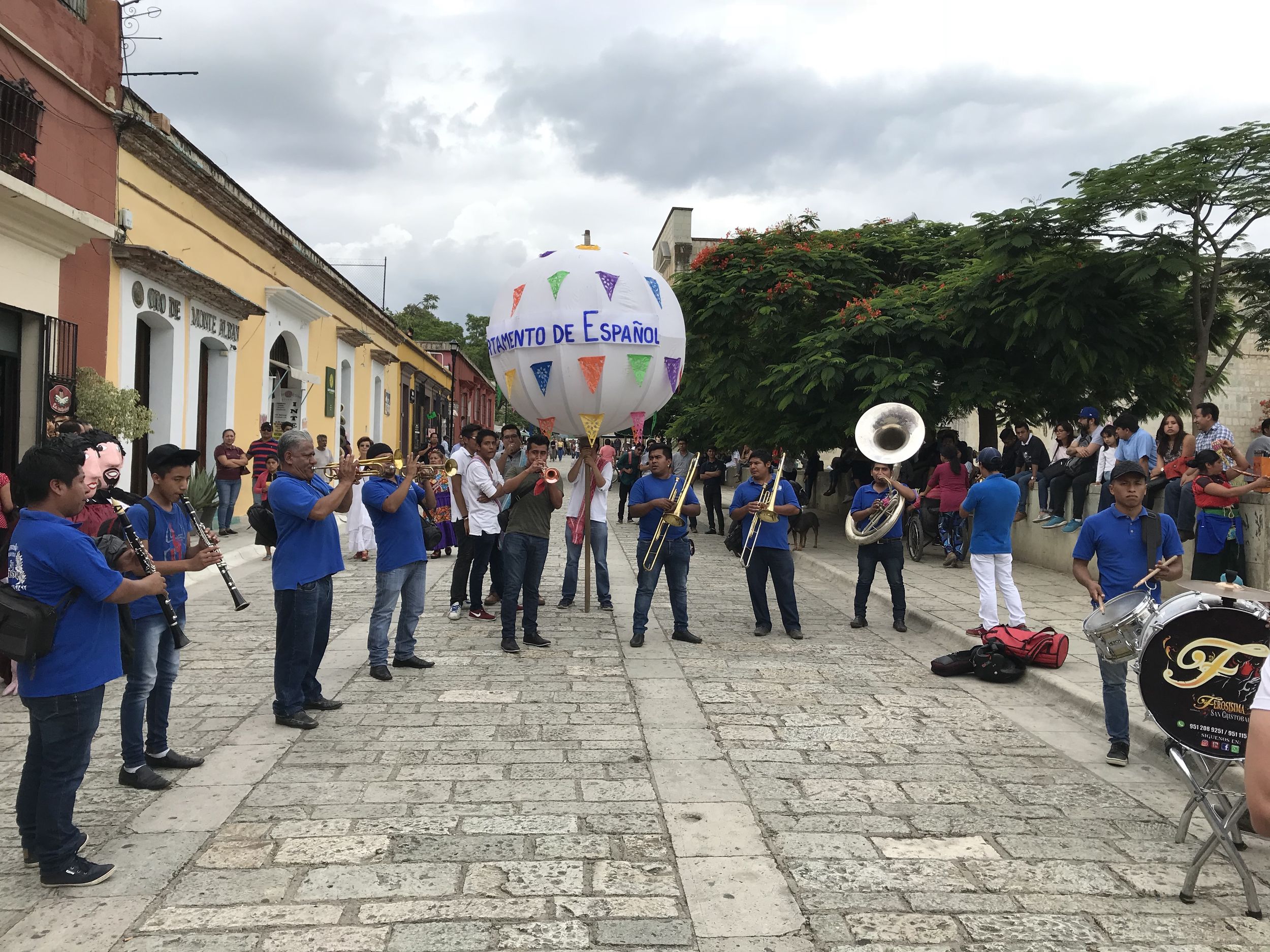 At 5:00pm on Wednesday night we all met in the plaza of Santo Domingo desperately waiting for the calenda to start. Each of us were given sombreros and some of the girls put on long colorful skirts that are traditional for Oaxacan women to wear during the parade. Before we knew it, the trumpets got louder, as did the drums, and people around us started to grab the hands of their partners while dancing to the beat of the music. As I looked to my left, a man raised his arm and pointed forward while screaming, “vámonos!” or in other words, “lets go!” Everyone who had gathered at the plaza started to walk forward following the Monos de calenda and as we proceeded more and more people joined the march. 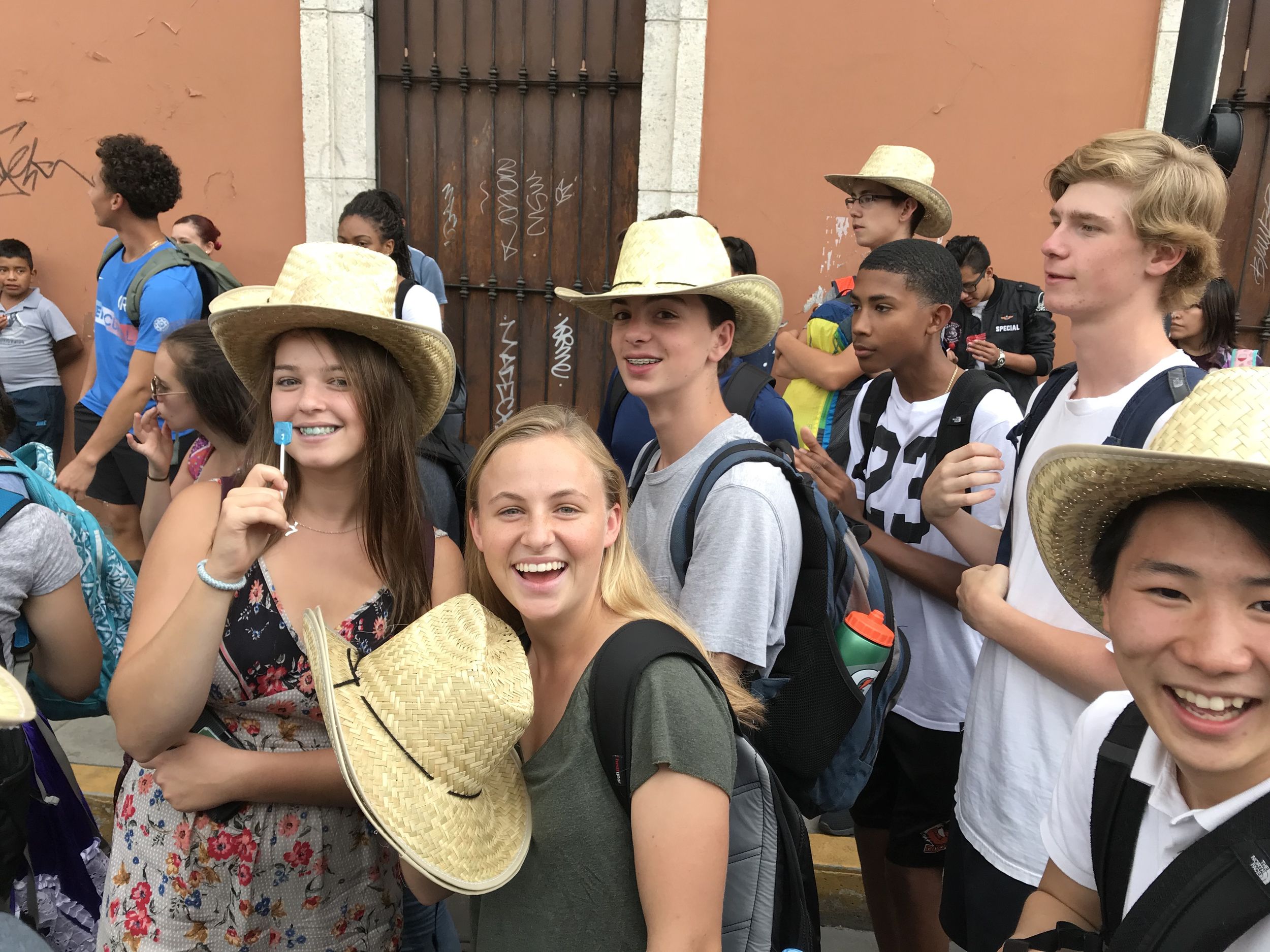 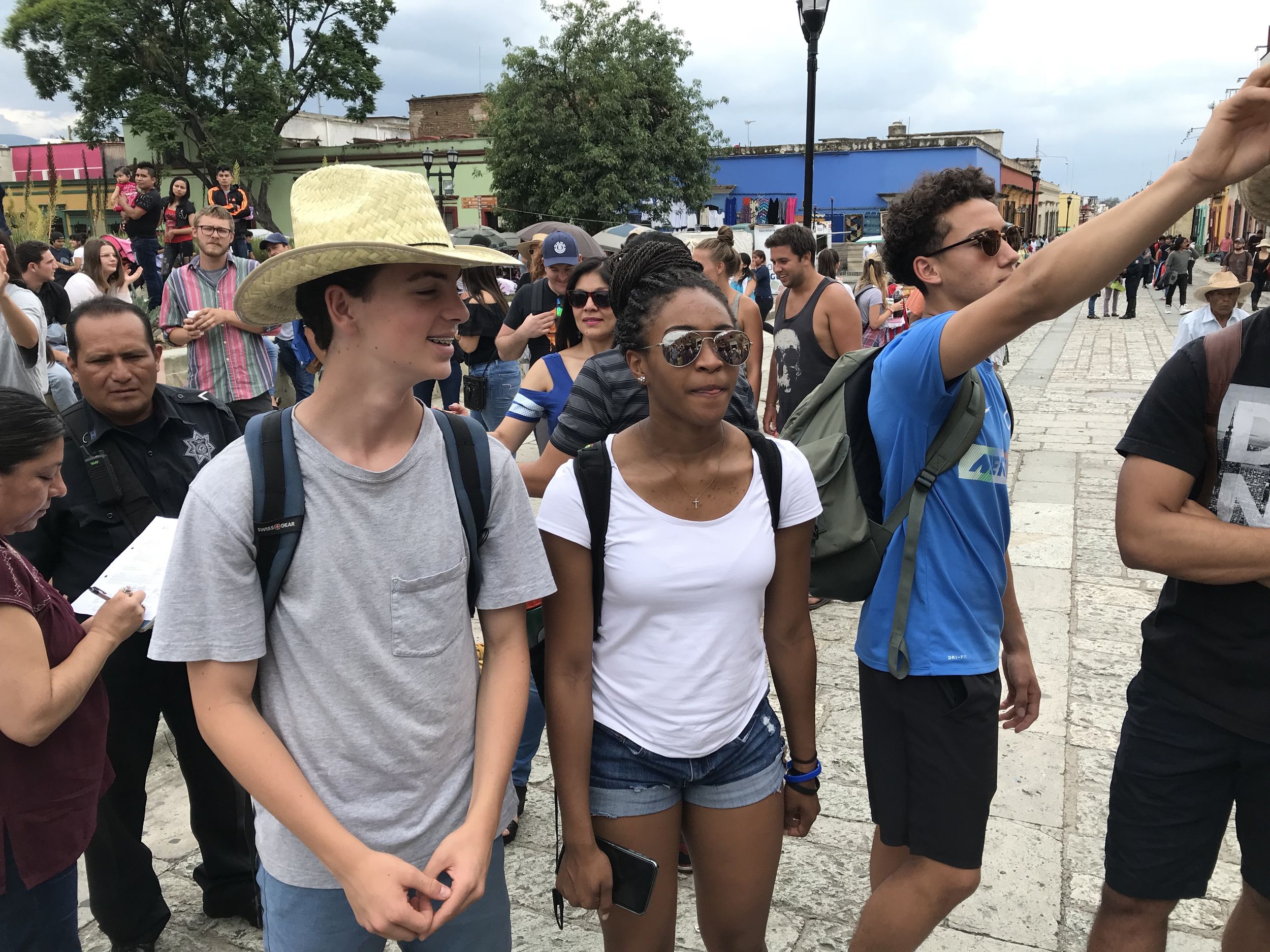 While walking down the main street, I noticed three little boys up above us on a balcony whistling and cheering and I realized how special this calenda was for the Oaxacan community. Everyone in surrounding buildings and stores came running onto the street and were instantly filled with happiness and pleasure as we passed. Many women were carrying baskets full of candy and threw handfuls throughout the crowd, we all scrambled for the candy that hit the ground afterwards. After walking for about an hour, the parade stopped in front of the university where we have been taking classes for the last two weeks.

The celebrations continued at the university with more music, more dancing, and even food. We danced in the courtyard as a rainstorm started with food in both hands. It was straight out of a movie. 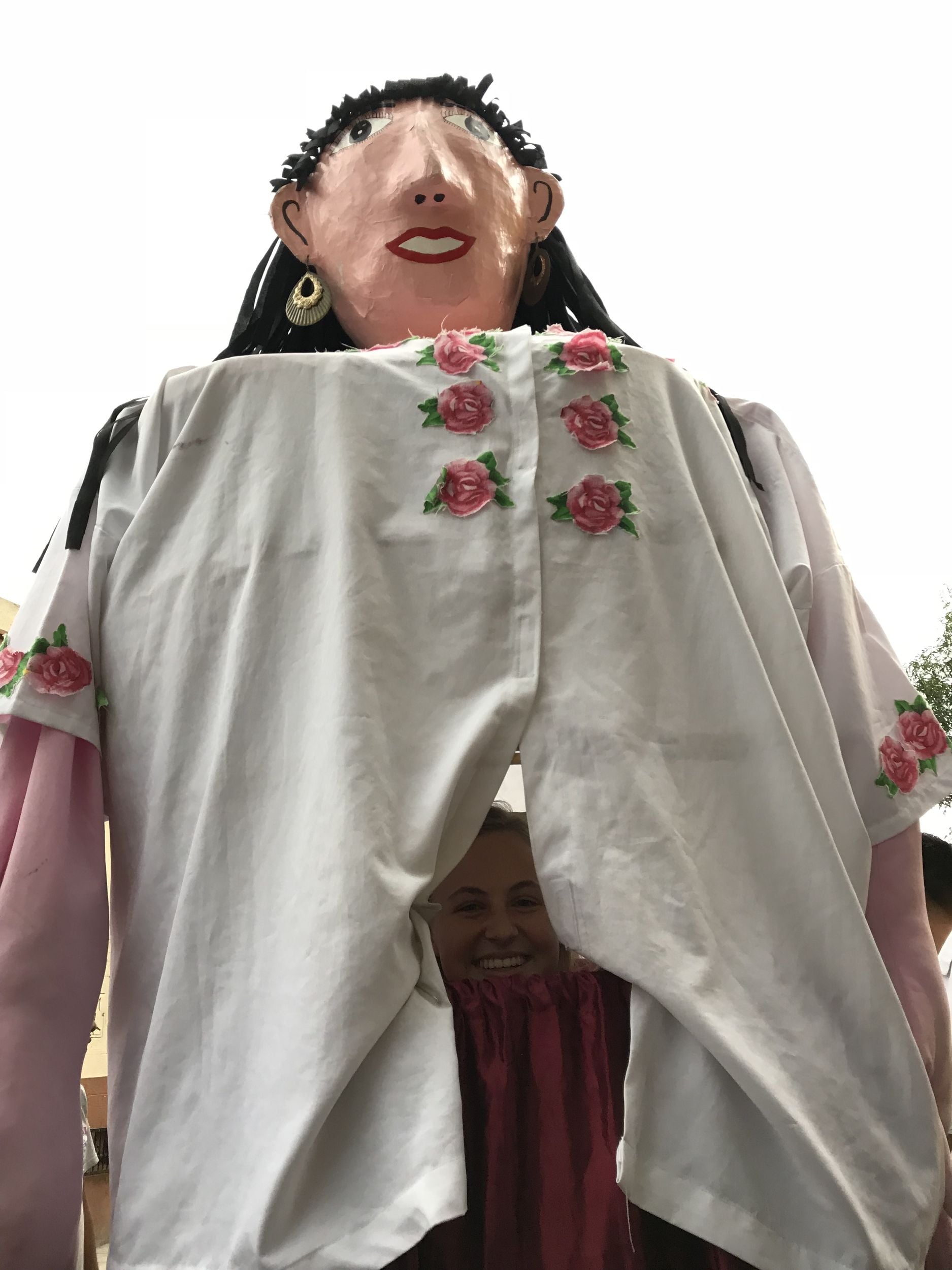 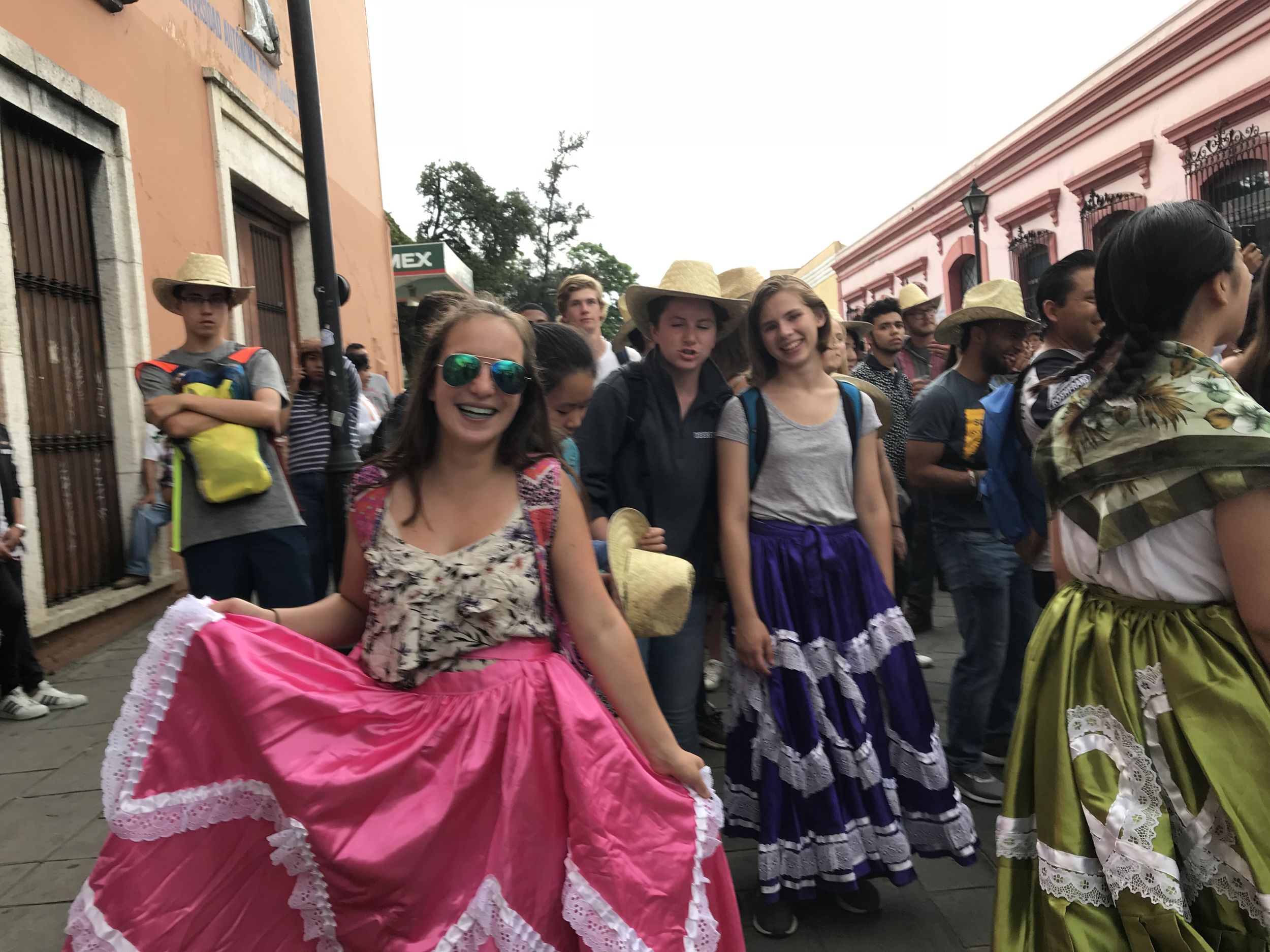 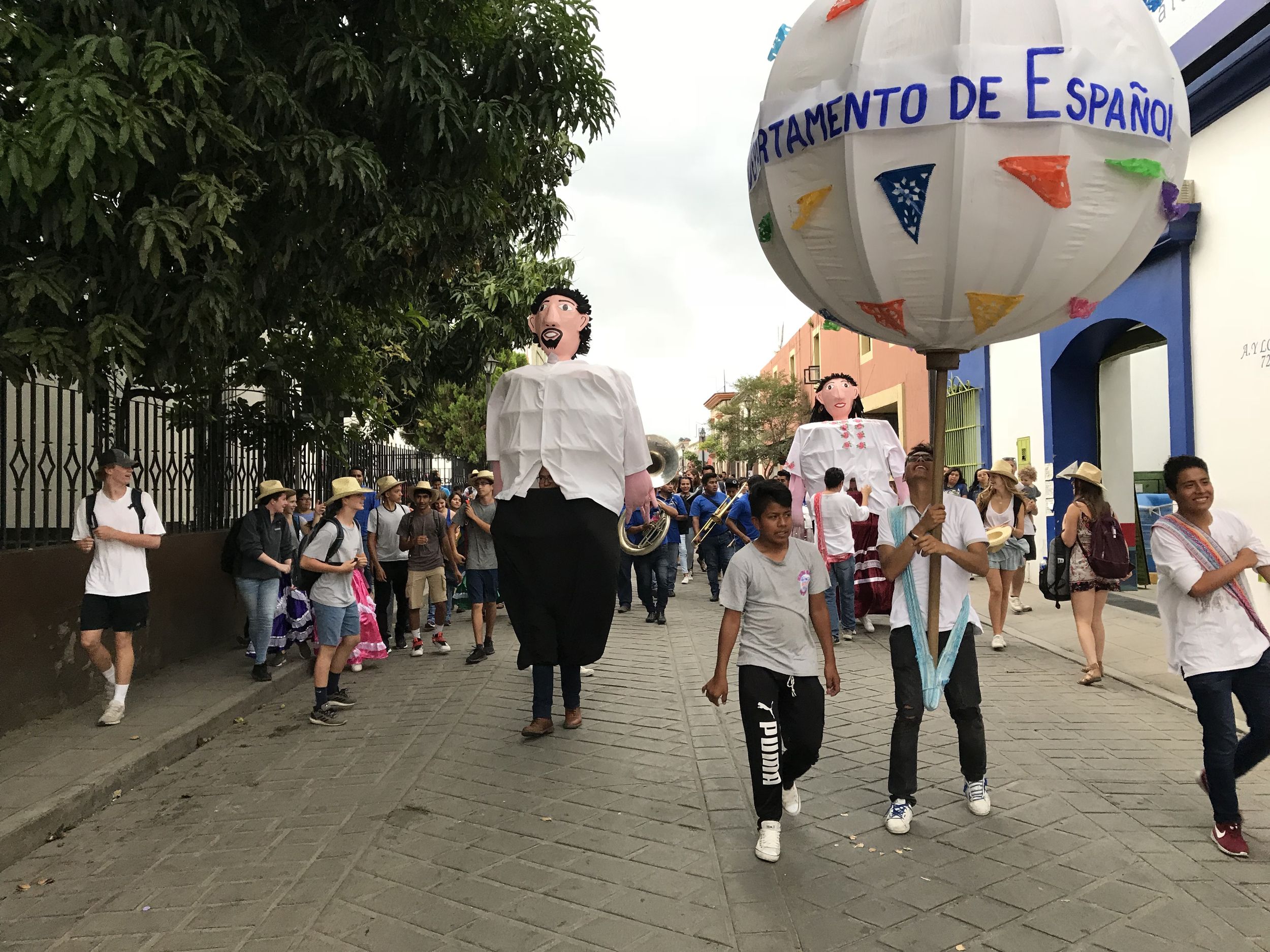 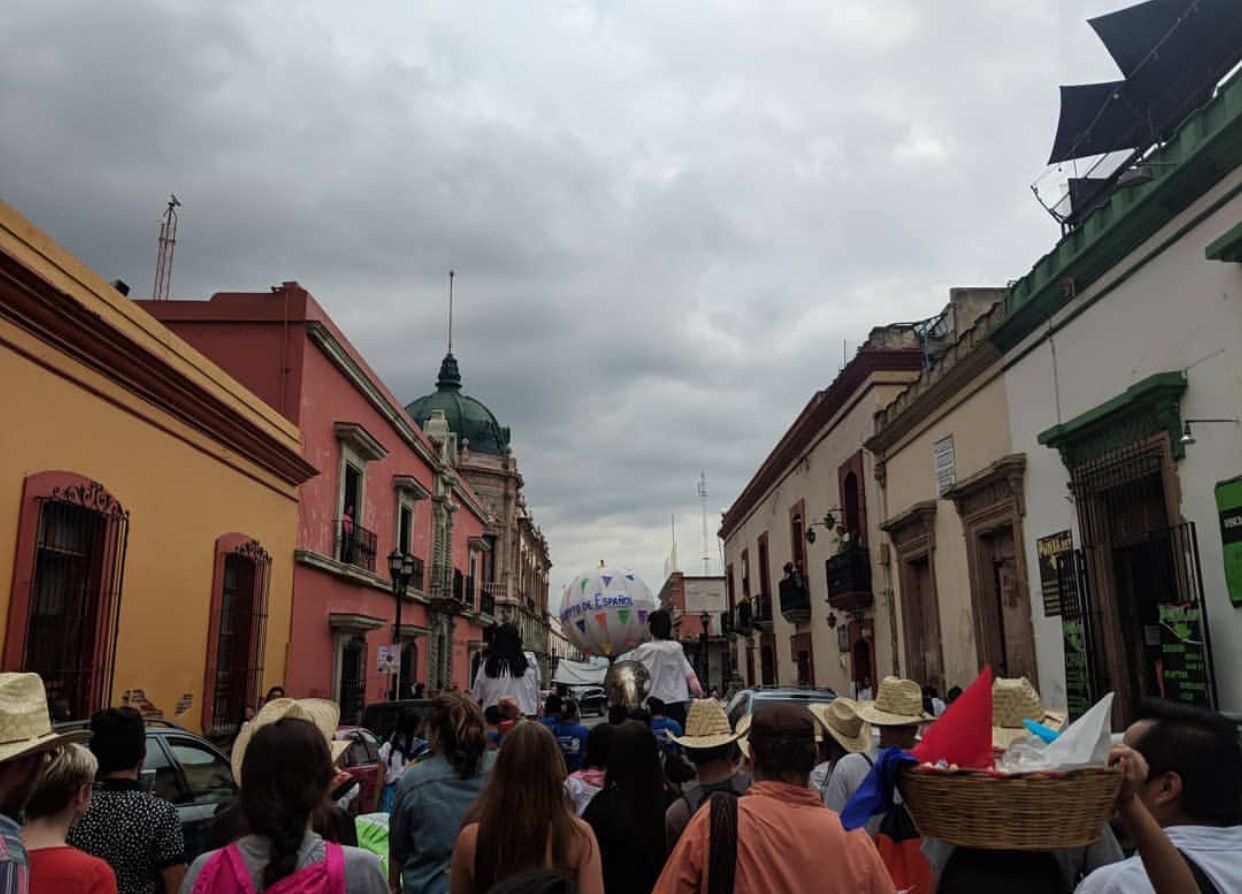