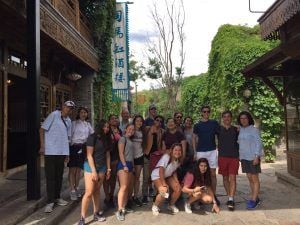 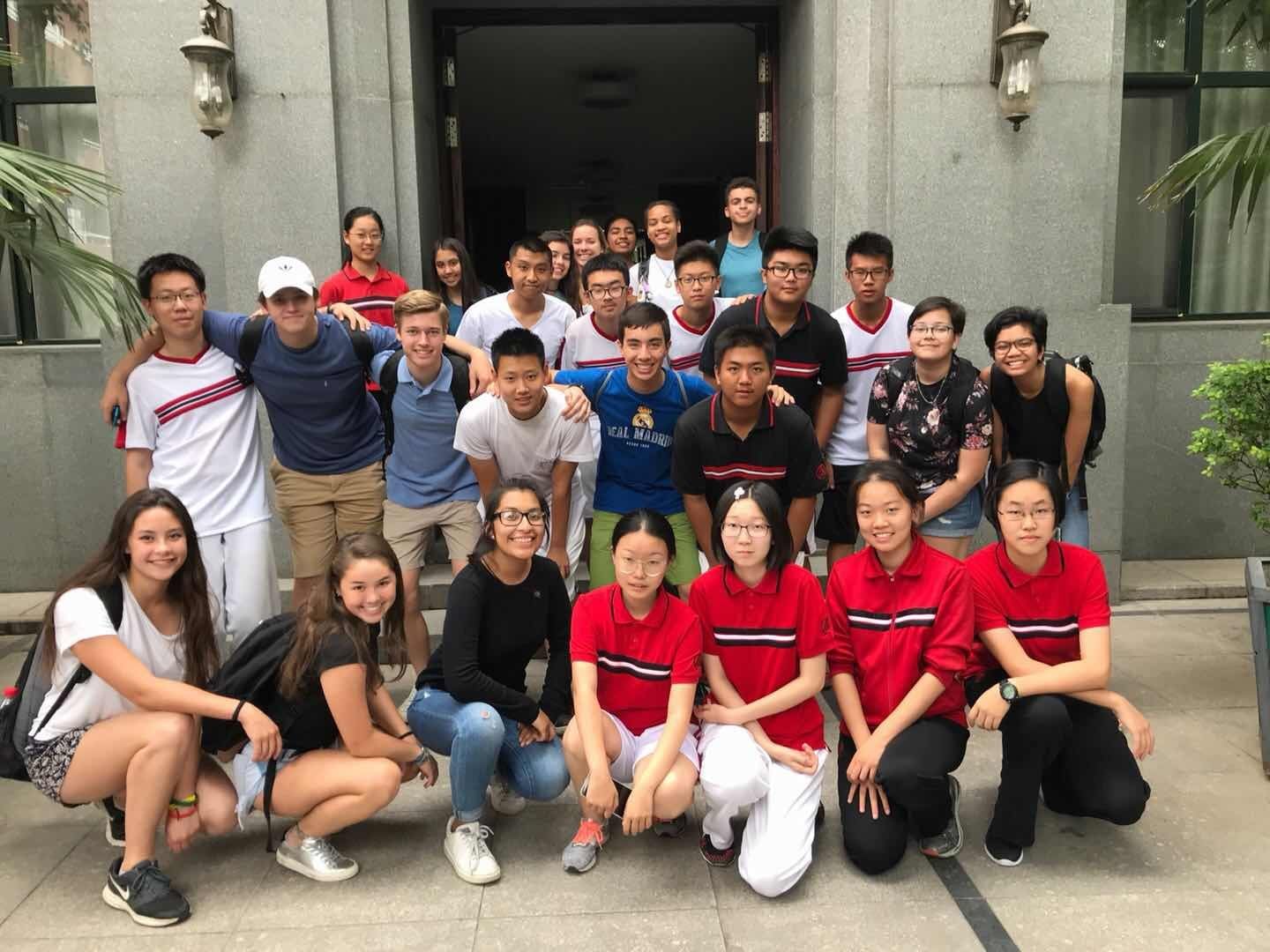 Today was a really good day. I woke up and got ready as quickly as possible in order to make it to breakfast. After eating, I quickly headed out to my Chinese class hoping that I would make it in time. I arrived with minutes to spare and sat down wondering what the lesson of the day would be. I was pleasantly surprised when our teacher, Ding Laoshi announced we would be talking about popular TV channels. I became very excited as I often found myself wondering what TV shows and channels people in China enjoyed watching. I was surprised to see that shows like ‘The Big Bang Theory’ and ‘Girl Meets World’ made it on that list.

I attentively took notes as I tried to translate what Ding laoshi said. After this class, our group headed out to the courtyard to participate in the daily exercises. We watched in awe as we tried to follow along but failed miserably. I myself was only successful when I would see arms coming out of the sea of red and white. As much as I failed at the exercises, I did feel more relaxed afterwards. I was ready to take on the next class. 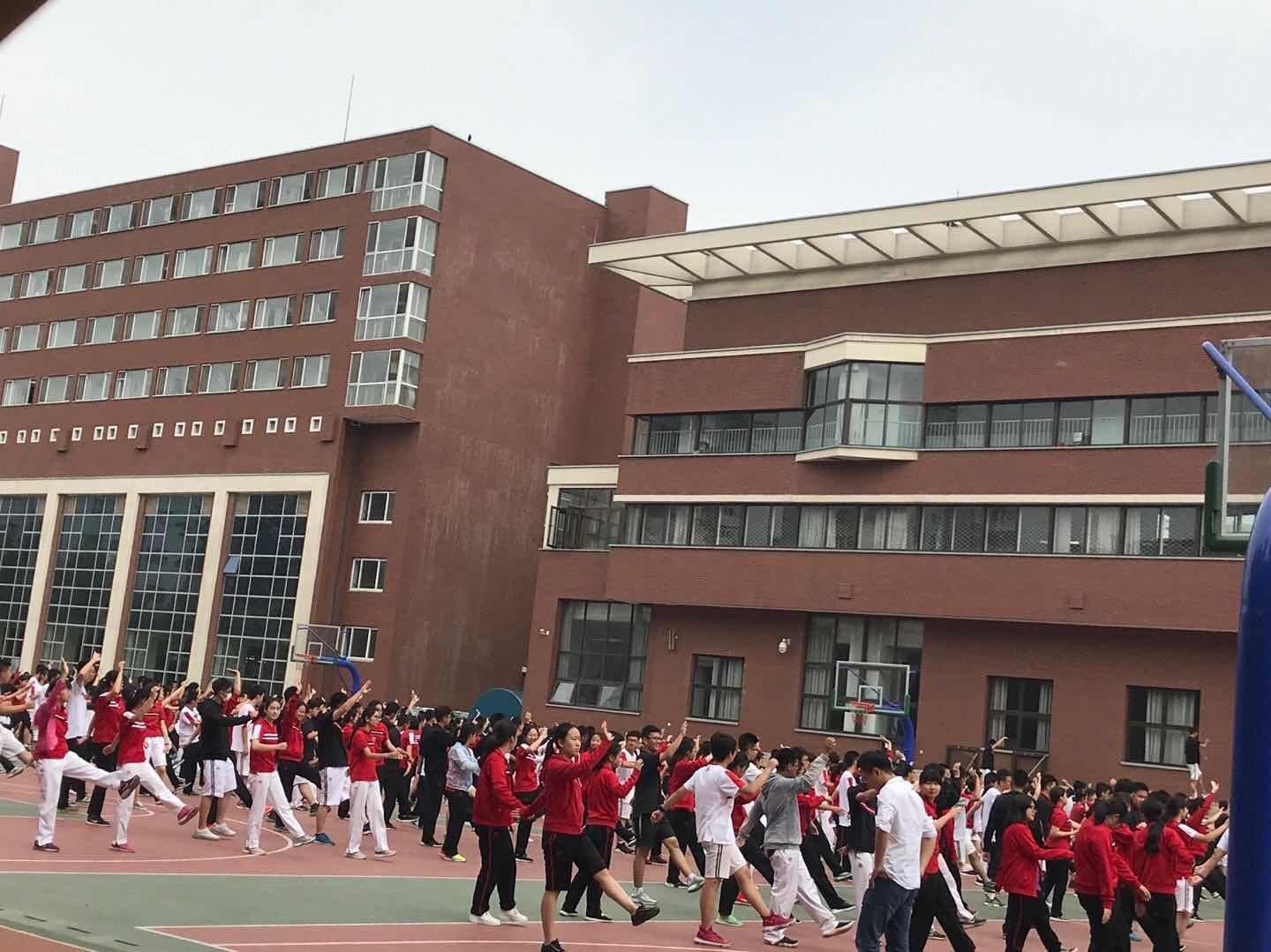 Once again, I was very happy to learn that the period would be spent crafting. We watched diligently as the teacher demonstrated how to create a ‘Chinese Knot,’ which is said to bring good fortune and happiness. We eventually got to work on our own. Even though it took me some time, I finally finished with the center portion of a knot. I was really happy with the results, everyone else’s looked great as well. 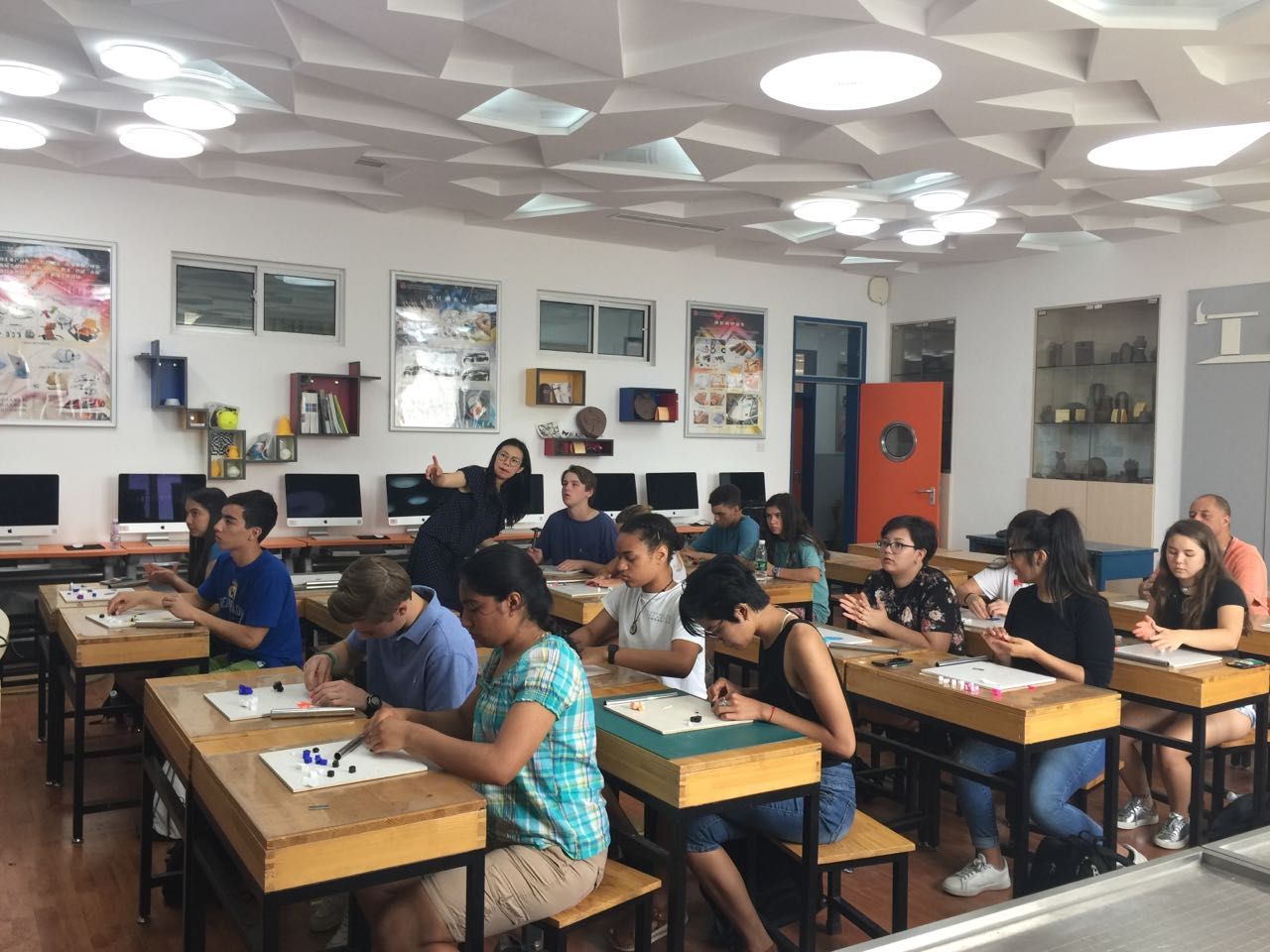 After eating a really appetizing lunch, we headed out to the last portion of our day; meeting tenth graders and attending classes with them. I’m not going to lie, I was anxious. I wasn’t ready to meet people in my age group. I was afraid I would embarrass myself. Luckily they were all extremely friendly and even prepared some traditional rice pudding for us. We also learned about the upcoming Dragon Festival; a festival that celebrates the life of a minister who worked on very famous pieces of writing, especially poems. I was able to learn a lot about life at Shiyan for the tenth graders, even though the courses taken may seem intense, the kids here really find ways to have fun while learning. I’m really looking forward to meeting more of these students and learning more about their daily life, until then, 再見！” 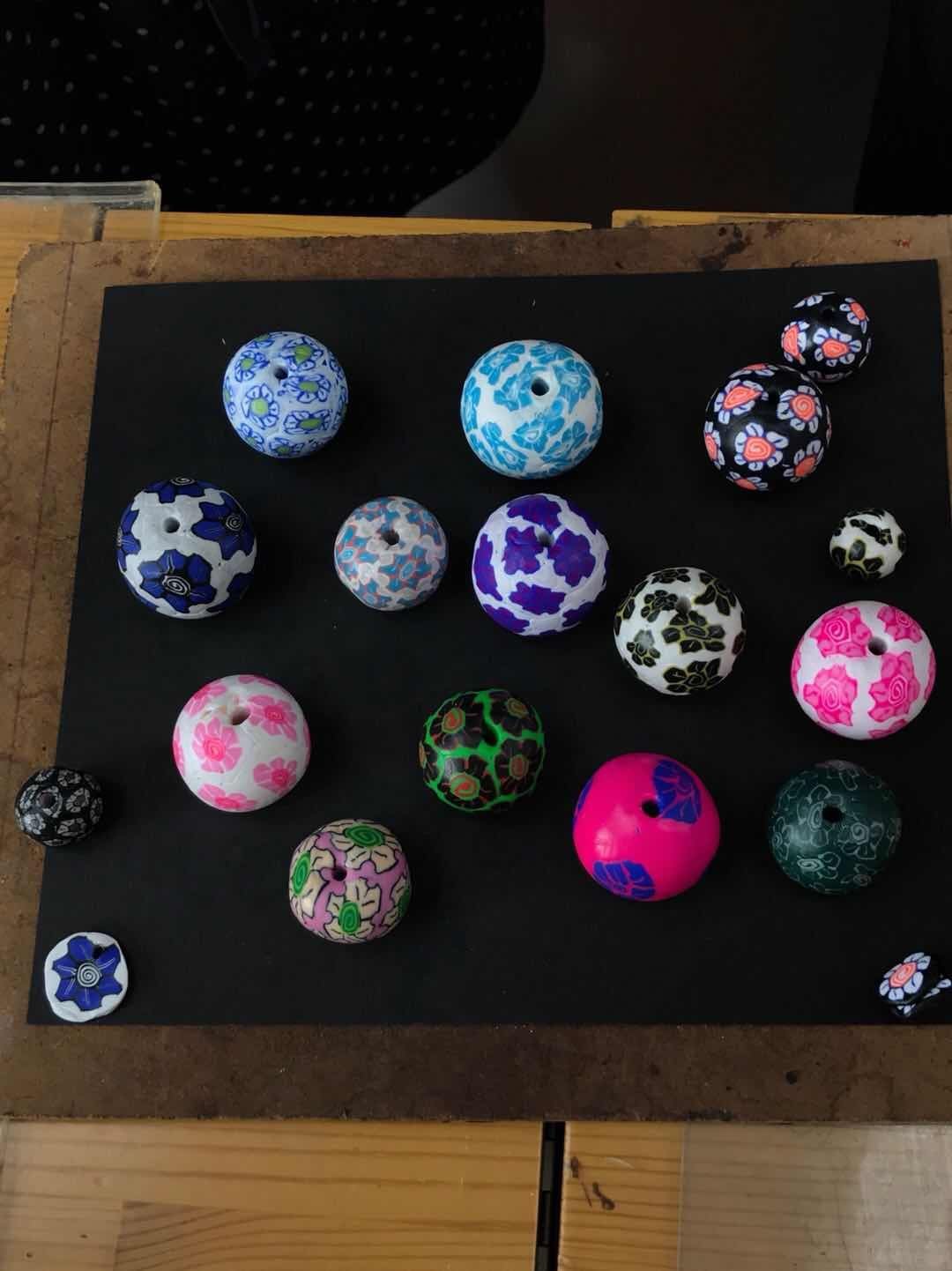 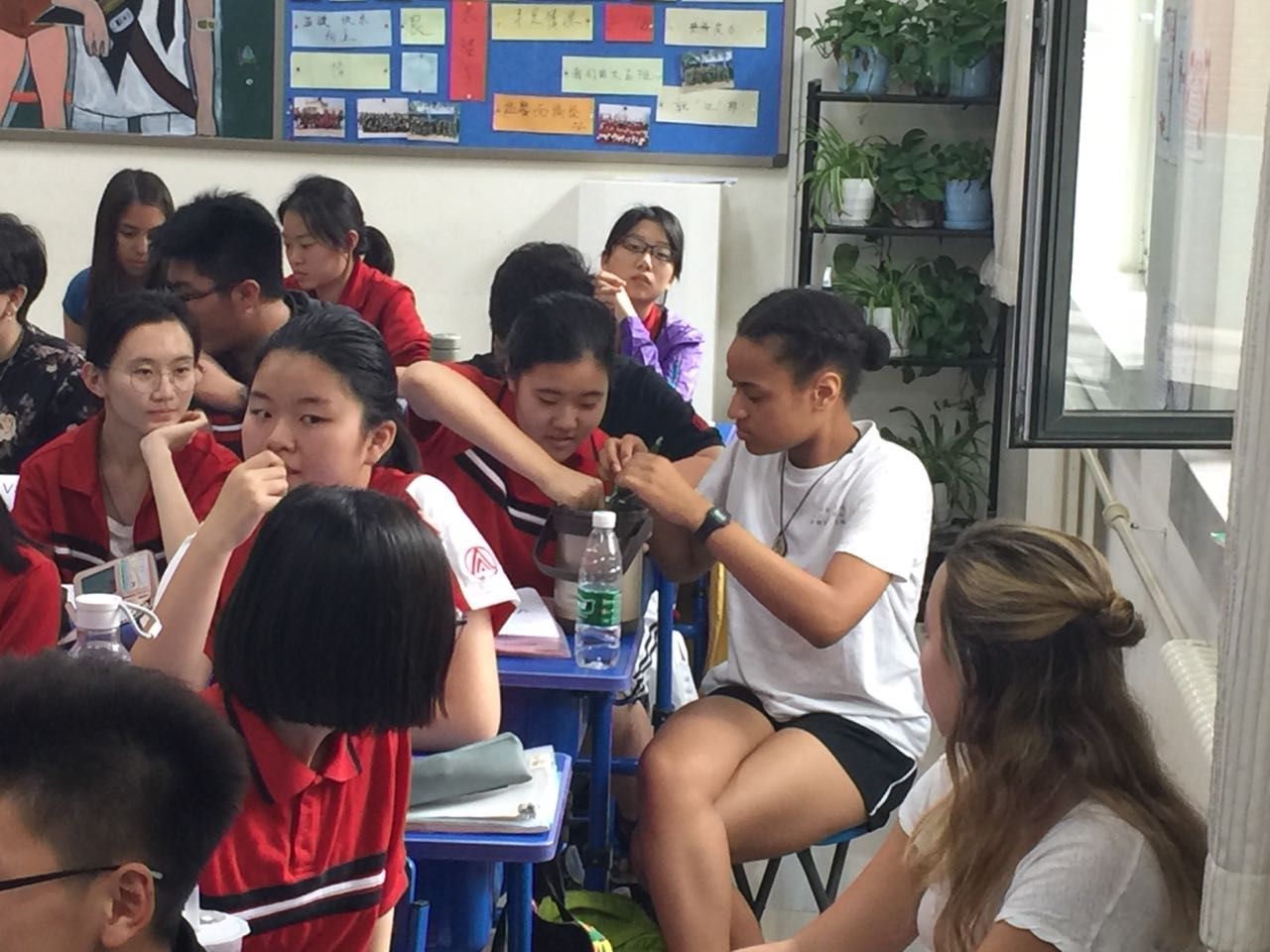