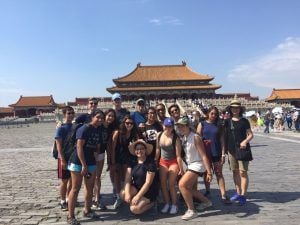 Kathryn Hioe ’20 shares a day of culturally diverse classes followed by a visit to Tiananmen Square and the Forbidden City.

The day started with a Chinese class where we learned about Chinese etiquette like manners and seating. Ding laoshi explained that part of the Chinese culture for dinner parties is the guest of honor sits to the left of the host. The oldest guest, excluding the guest of honor, sits next to the guest of honor on the left. The hostess sits closest to the door, usually farthest away from the host, so they can open the door and welcome the guests. We learned the Do’s and Don’ts of a Chinese meal. For example, once you sit down, you stay seated. Also, the eldest member at the table is the first to receive food when a new plate is served. I found it intriguing how many rules there were and the differences and similarities between a Chinese meal compared to an American meal.

Before walking into our next class, we joined the rest of Shiyan High school in their morning exercises which consisted of dance-like movements and stretches. There are many forty second combinations that formulated the morning exercise program. The complex and quick-moving actions made it difficult to keep up and many students turned around and laughed at our many failed attempts to blend in. Even though we couldn’t follow the rest of the school, it was fun to try and I felt more awake and stretched than I had before. Feng Laoshi also told me that the students spent two weeks an the beginning of each year learning the combinations which made me feel a little bit better about my performance. 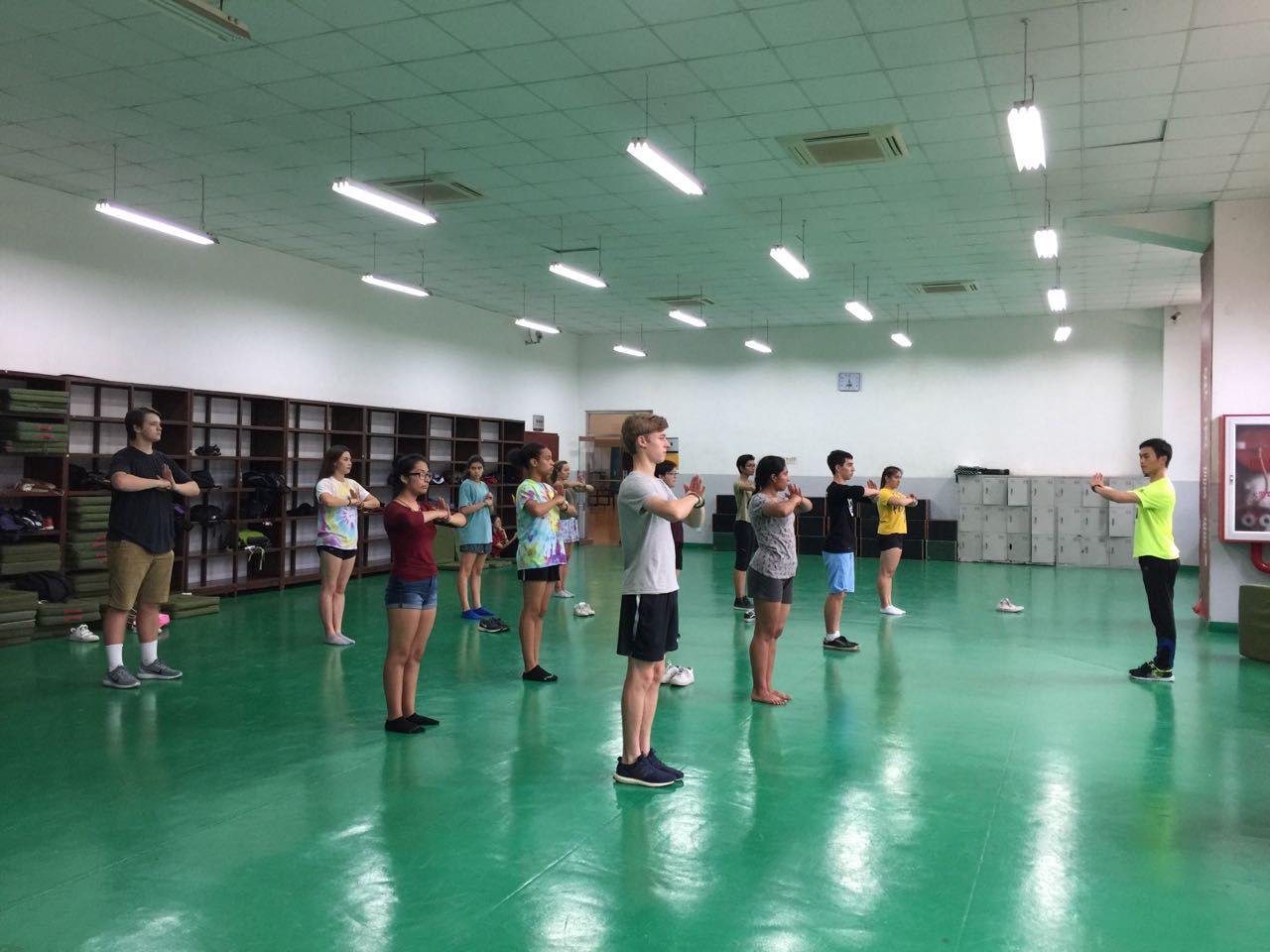 Following the exercises was our Taiqi class. We were taught a combination of four movements that caused us to focus on our balance and stability within out feet. Each movement had a different name: Peng, Lu, Ji, and An. It was hard to stay balanced as we practiced each movement by trying to push our partner over. The goal of Taiqi is to clear your mind and center yourself to find your balance. Our instructor demonstrated how this stability is important when applied in a physical offensive or defensive setting.

In the afternoon, we went to Tiananmen Square and the Forbidden City. Today happened to be the first very hot day that we have experienced on the trip so far, so everybody had to prepare for the heat. Tiananmen Square is one of the largest squares in the world and can hold over a million people. It also leads to one of the entrances to the Forbidden City. The Forbidden City has 9 gates and used to house 9,999 rooms because the emperor’s lucky number was nine. The Forbidden City used to be forbidden to everyone and if you tried to enter, you were killed. The area is huge, as it contains individual buildings for the emperor to eat, sleep, work, tonight take breaks, the empress, and the concubines. It was interesting to see the buildings and learn about how they were used when the emperors were in power. It was also interesting to hear about how brothers of the emperor would try and kill the eldest brother, the emperor, because it would allow them to be next in line Overall, even though the heat felt almost unbearable and our legs ached from Taiqi and walking the trip to the Forbidden City was very rewarding. I can’t wait to see what happens in the coming days. 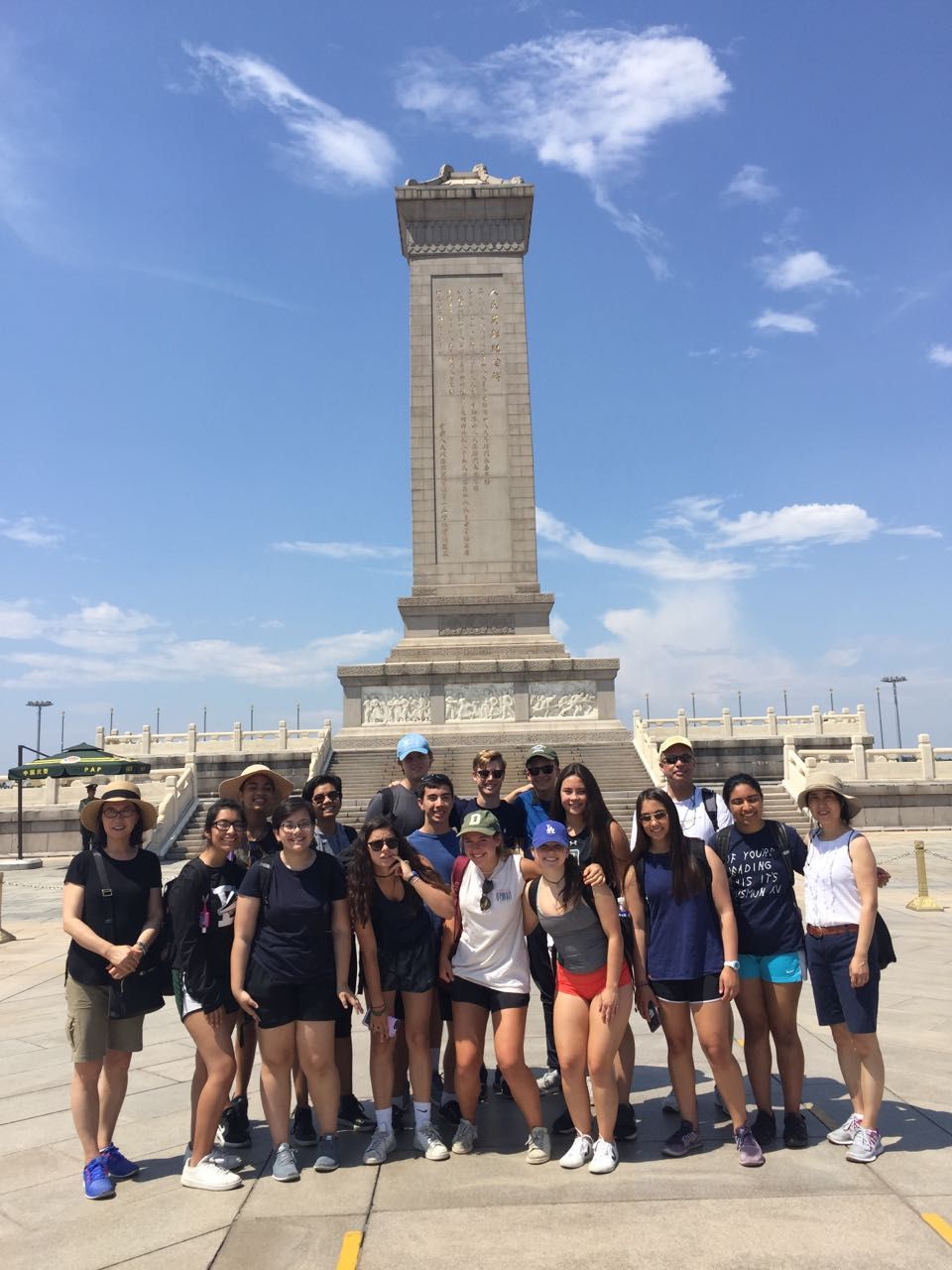 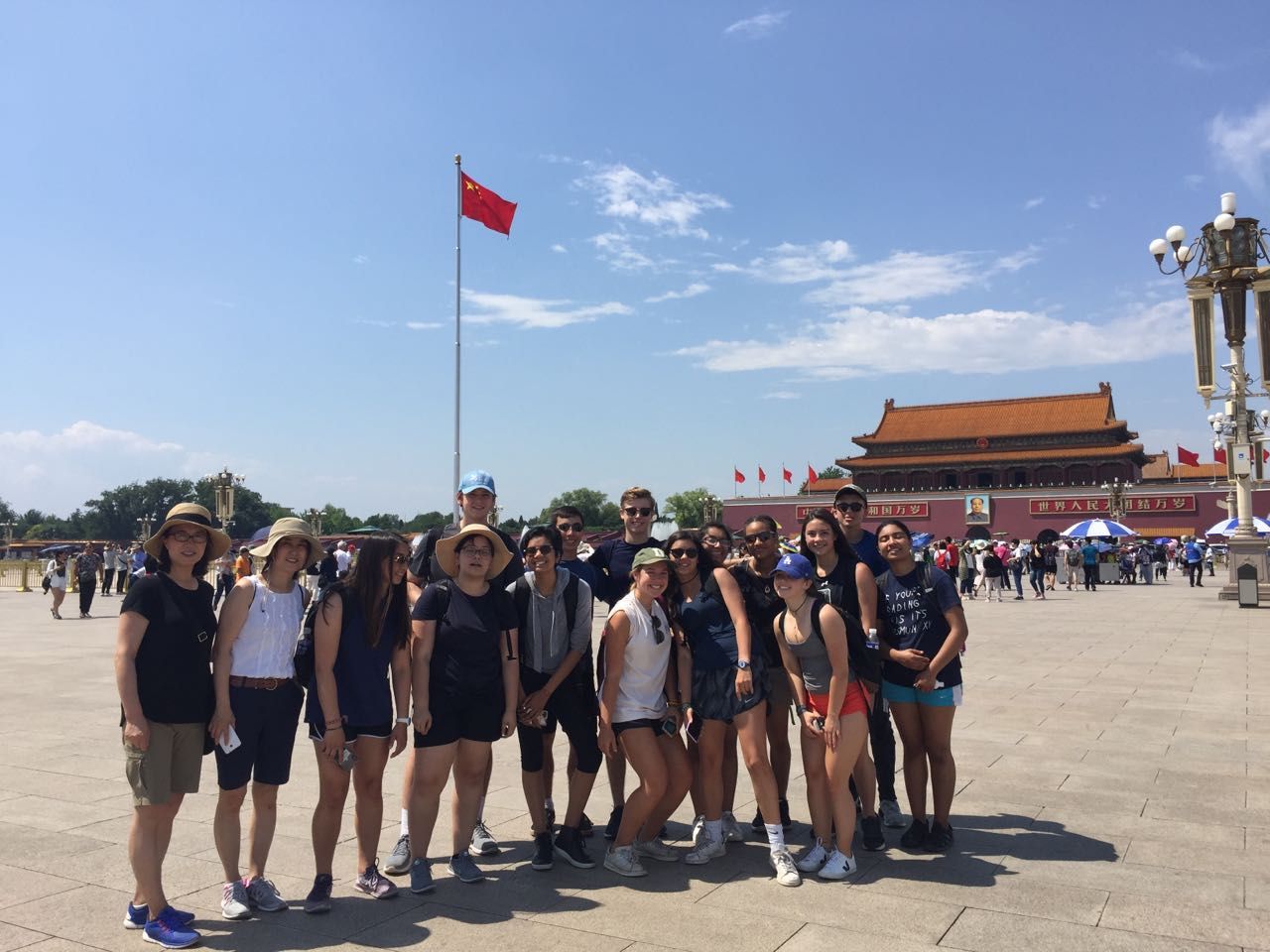