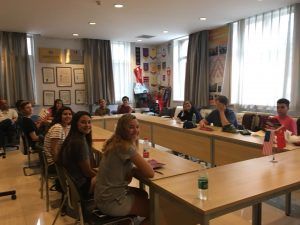 Today was a very eventful day at Shiyan Highschool. Although it was only our second day of courses, our lessons ranged across different parts of Chinese culture. We started out bright and early with a class in a traditional Tibetan dance. I would not call myself the most coordinated, however I had a great time stepping to the bouncy folk beats. The dancing seemed difficult at first, but by the end of it I would say our group could follow the music pretty coherently. The experience also generated a lot of laughs, especially when we ended the number with cartwheels. We were told that on the final day of the dance class we would get to wear traditional dance costumes to perform the whole piece, so I know we are all looking forward to that as well.

After breaking a little sweat, we headed to a Chinese culture class, where we were greeted by a really inspiring teacher named Ding laoshi. Ding laoshi grew up in Beijing and attended Shiyan as a kid, and since has dedicated his life to the preservation of Beijing’s history. Over the years he has single-handedly developed a museum for the school while also returning as a teacher. He walked us through many of his favorite artifacts and gave us a brief description of the city’s history. I was blown away by his passion for the study of Beijing, and although I didn’t understand everything he said, I knew that if I went to Shiyan I would try to take every single one of his classes. 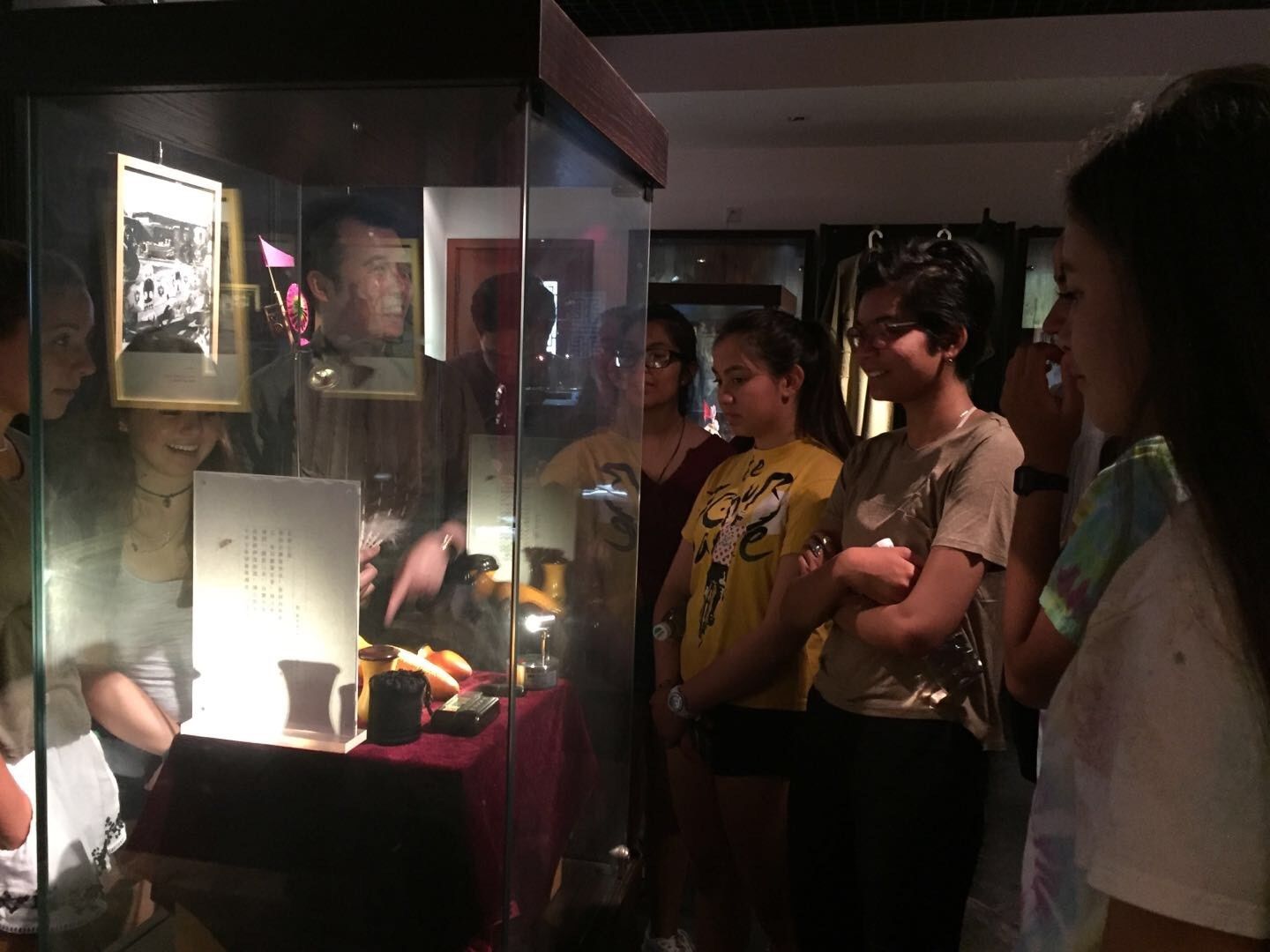 Following a closer look at the Forbidden City, traditional Chinese toys, and a mirror that dated back to the Ting dynasty, we had an hour and a half break until our next class. This was when I felt my travel skills first truly put to the test, because Jane Mallach locked herself in the bathroom of one of the dorm rooms of the school. After many of us had several laughs and ran around the school to find help, Ms. Feng saved the day and magically unlocked the door. We learned from this experience that when travelling, always expect the unexpected.

We collected ourselves from the scare and headed to our second day of Mandarin class, where we discussed in depth the words surrounding traditional Beijing foods. Several of the dishes mentioned, such as steamed bread, red-bean-paste pastries, and scallion omelets, we have already come across during meals at the school. Although a lot of these have been delicious, it is definitely an adjustment eating very differently than at home for all three meals of the day. However, sitting down to eat is always an adventure, and that experience has definitely brought us closer as a group.

We finished off our day of classes with a lesson in Kung Fu, which I realized is a lot more complicated than just punching into the air. The steps and flow of movement in general is truly an art form, and I had a lot of fun not only learning it but connecting to my inner warrior. In the evening we ventured out into the city again, and every step down the street has not ceased to fascinate me. From the traditional dancing of today’s morning to bright signs of the buildings at night, there is so much of China’s culture to soak in, and I can’t wait to see what’s in store for the next few weeks. 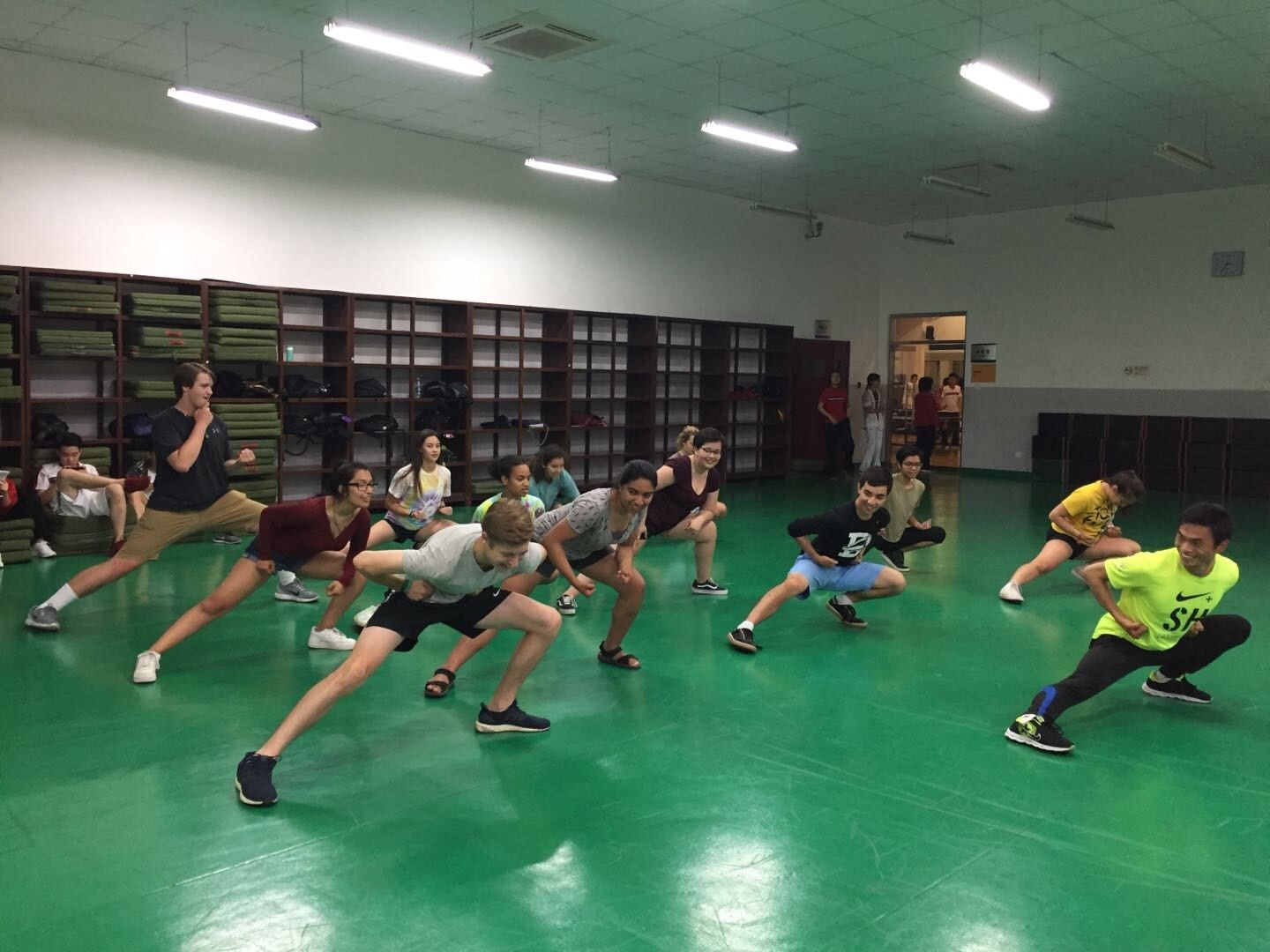 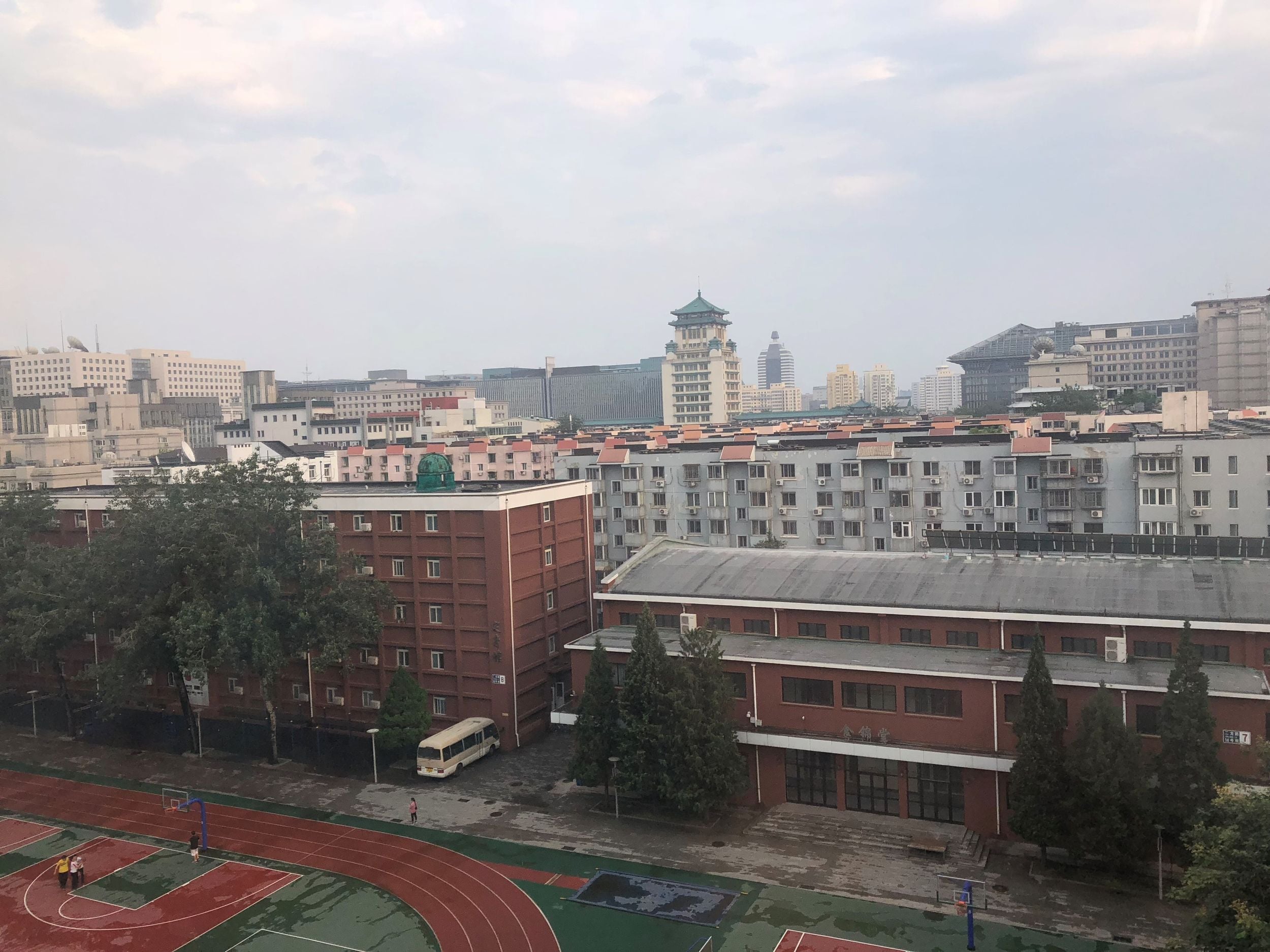