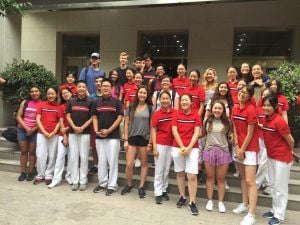 Today was our first day of classes at Shiyan High School. At first I was a bit reluctant to go back to classes after finishing the school year a little more than a week ago. However, our morning started with a video that introduced us to the school, the courses that were offered, and their motto, very similar to videos made about Deerfield. We were then given a tour. We mainly stuck to STEM classrooms and let me say that I was in complete and utter awe. The halls and classrooms were lined with all the work students had done in their classes. The classes ranged from 3D Printing, shop class, to making clothes with paper! The wide variety of designs and the products that we saw were amazing, and very well done. The classes were set up differently from Deerfield, and it was fun to see the wide variety of classes offered. 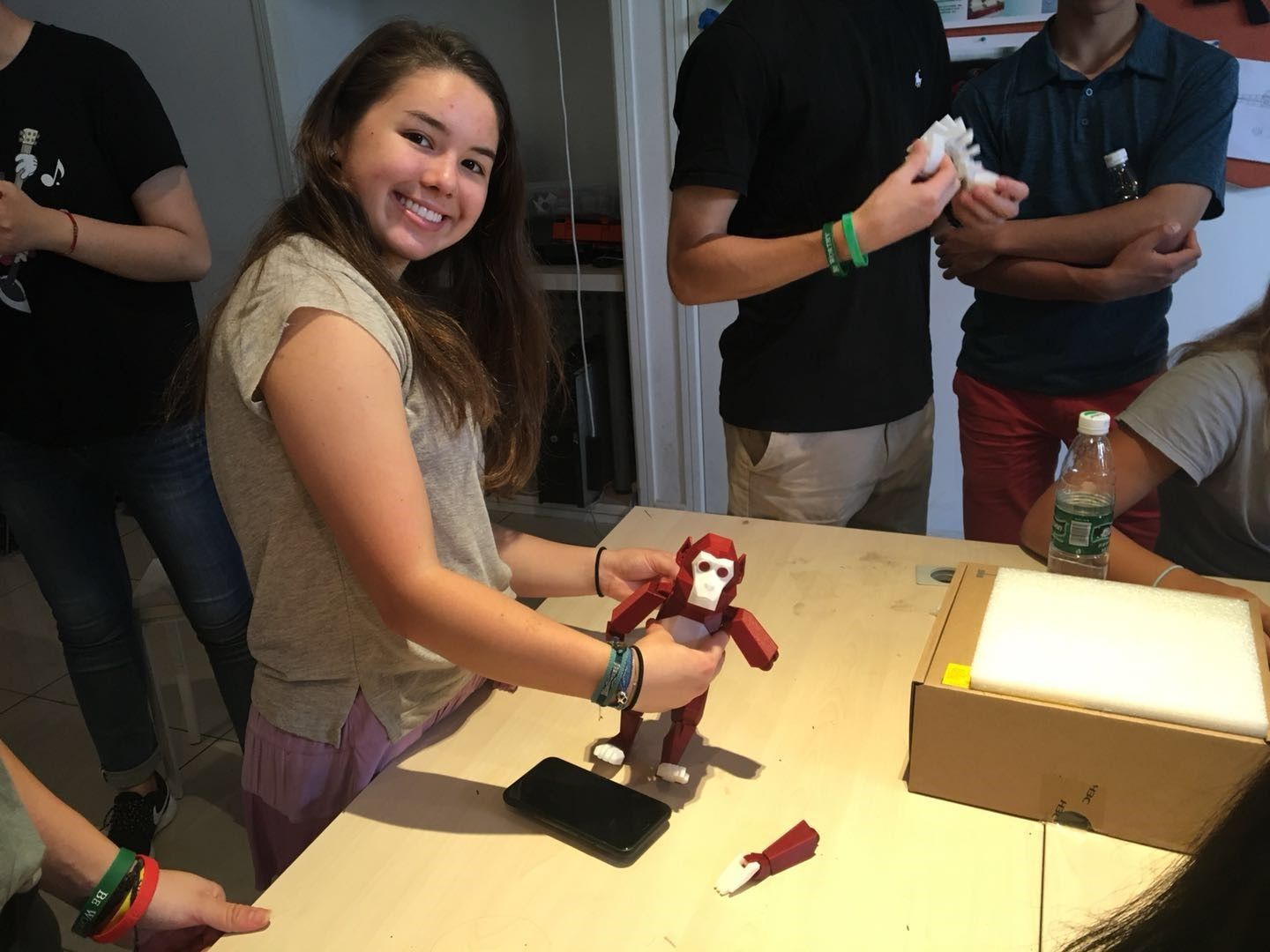 Our first class of the day was Chinese class, and I was very hesitant. Ever since stepping foot in China I was not surprised to learn that my two years of Chinese were not substantial to hold very long conversations, but decent enough to get around. I was afraid that we were going to have to listen for an hour and a half, and that I wouldn’t really retain much. However, Dian Laoshi was very patient with us and very welcoming, just like everyone else, and as a class we quickly grasped all the new vocabulary she was teaching us. 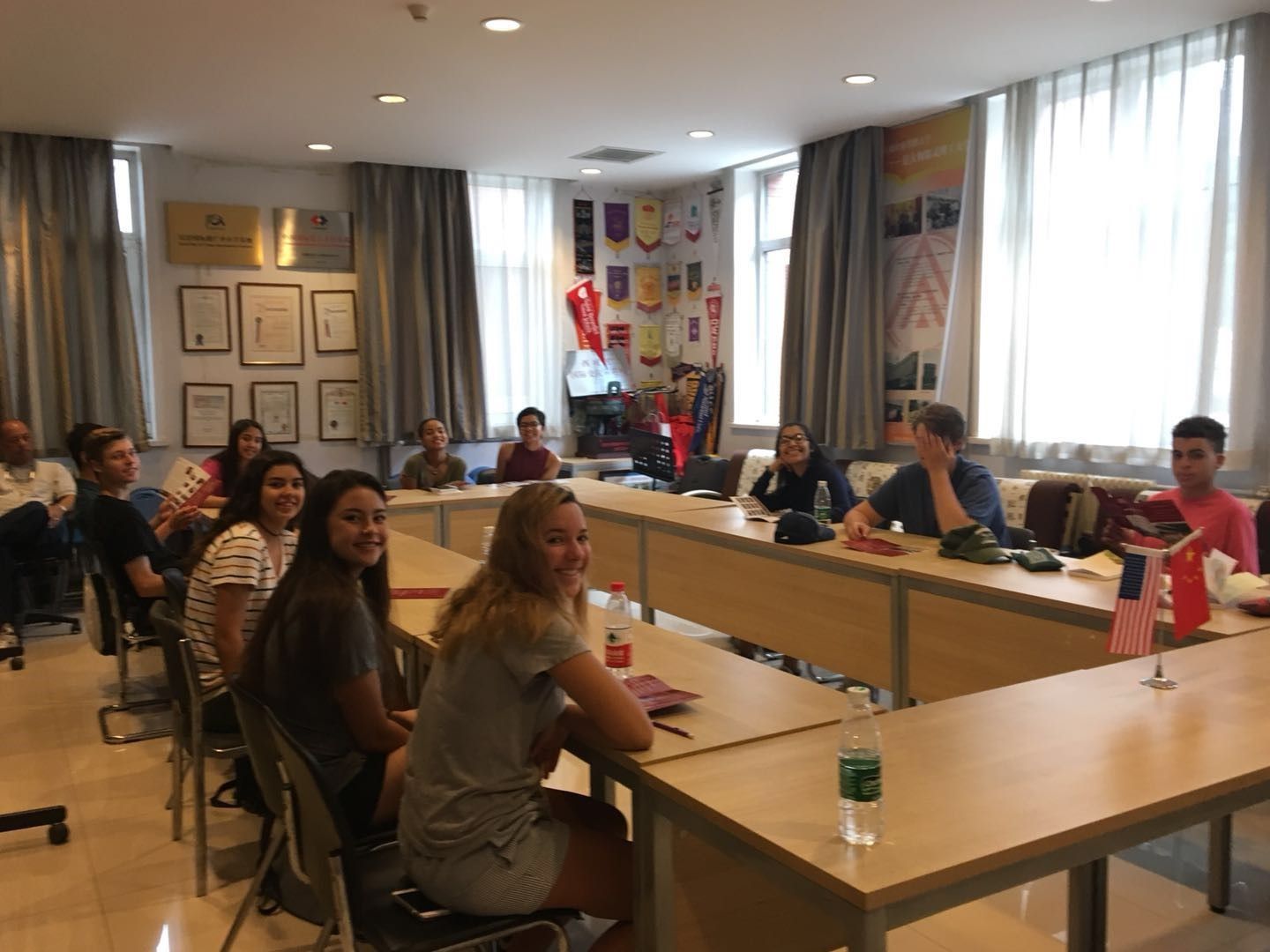 Next, we shadowed 8th grade students for three of their classes and it was one of the most fun things we’ve done so far. They were such great kids and were very fluent in English, which helped us a lot when they corrected our Chinese. I shadowed two girls, and they were so nice and we were both genuinely interested in each other’s cultures and countries, it was amazing hearing about their perspective of Americans. When it came time for class, it was nice being able to witness it. I sat through politics class, English class and geometry class. 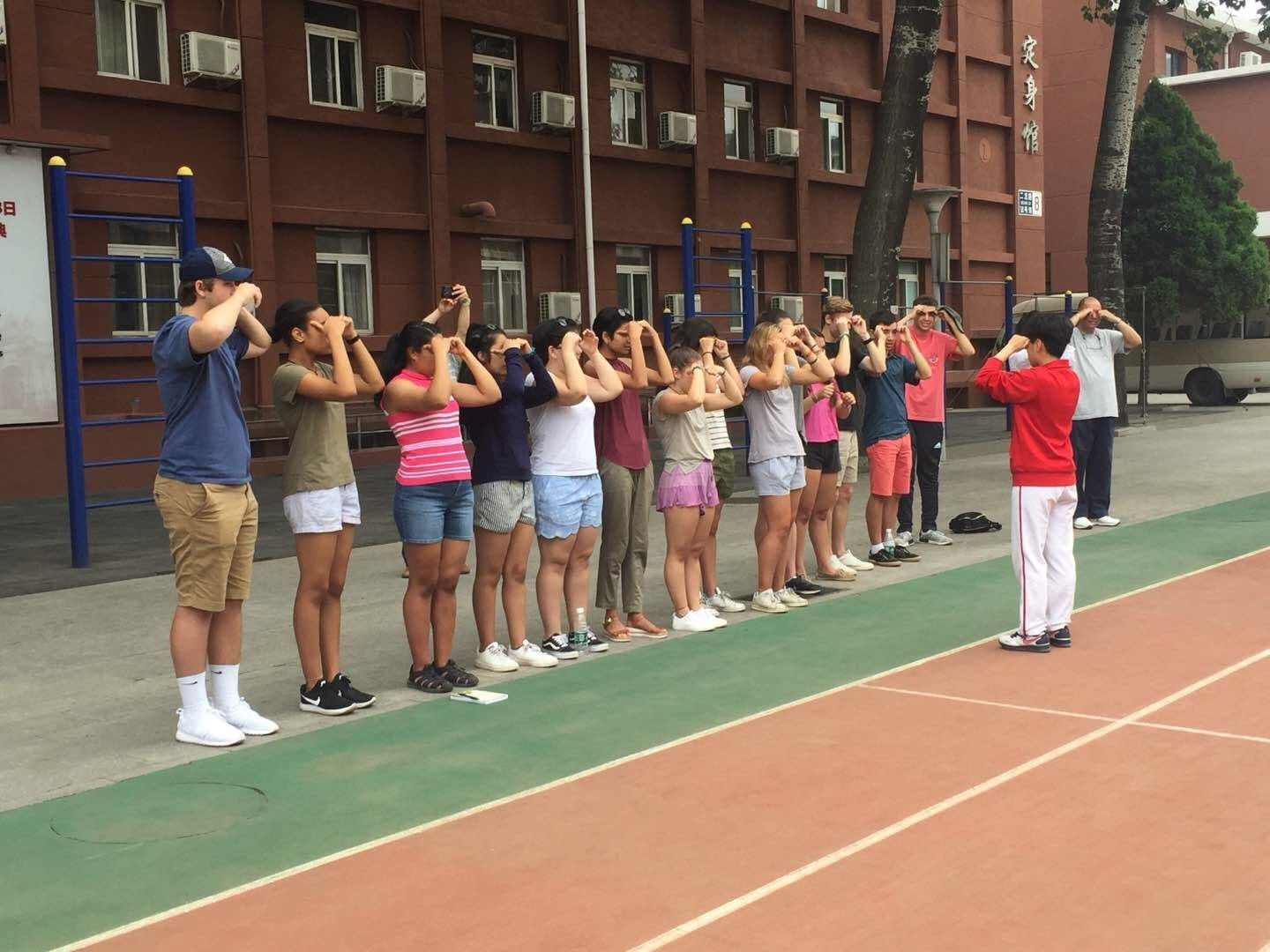 Politics class was entertaining, the teacher asked the Americans in the class to get up and say our opinions on certain matters,  we where divided into small groups to discuss the differences from China and the US. During English class, I was amazed at how good they were, they really go in depth into grammar and analyzing structure and stories. In geometry, it was like a blast from the past for me, trying to keep up with all the Chinese words that their teacher was saying was rough, as I was busy trying to figure out the meaning of them. It was an amazing afternoon with the kids and I am excited to shadow 10th graders later this week, as they are closer to our age.

To top it off, a group of us went on a walk past the financial district and we made it a goal for all seven of us to speak Chinese to someone outside of the group at least once, and we all did! Our reward was some delicious bubble teas and pastries that we ordered on our own. Overall, today was a day of getting the lay of the land and learning more about schools in China, and I can’t wait to continue these next two weeks at Shiyan High School.