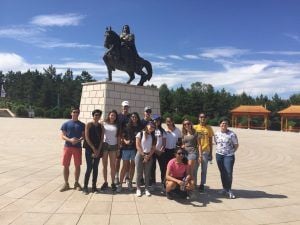 Today we woke up in the Inner Mongolian hotel to a 7 am wake up call. We trudged downstairs for our second breakfast at the hotel, and it was very good with plenty of selection. After, we hopped on the bus for a very long ride. Though the roads were bumpy at times, the drive was extremely scenic. We drove through mountains and on a bridge over the yellow river.

After four hours of driving, we stopped for a buffet style lunch at a hotel. Once we were finished eating, we got back on the bus for a two more hour drive to the Genghis Khan Mausoleum in Ordos. Upon arrival, a tour guide greeted us and gave us a brief introduction on Genghis Khan. We walked to the front arches, and our tour guide told us about how the colors on the arches represent different things. The blue represents heaven, the yellow represents earth, and the white represents milk. We were informed that this was not Genghis Khan’s real tomb. Mongolian people believe that after people die they come back to nature, so they buried him secretly. While no one actually knows where he actually is, he said he wanted to be buried at Ordos. We walked up to a 900 year old holy site, called an obo. It is a structure made of stone. People walk around three times clockwise to pray. 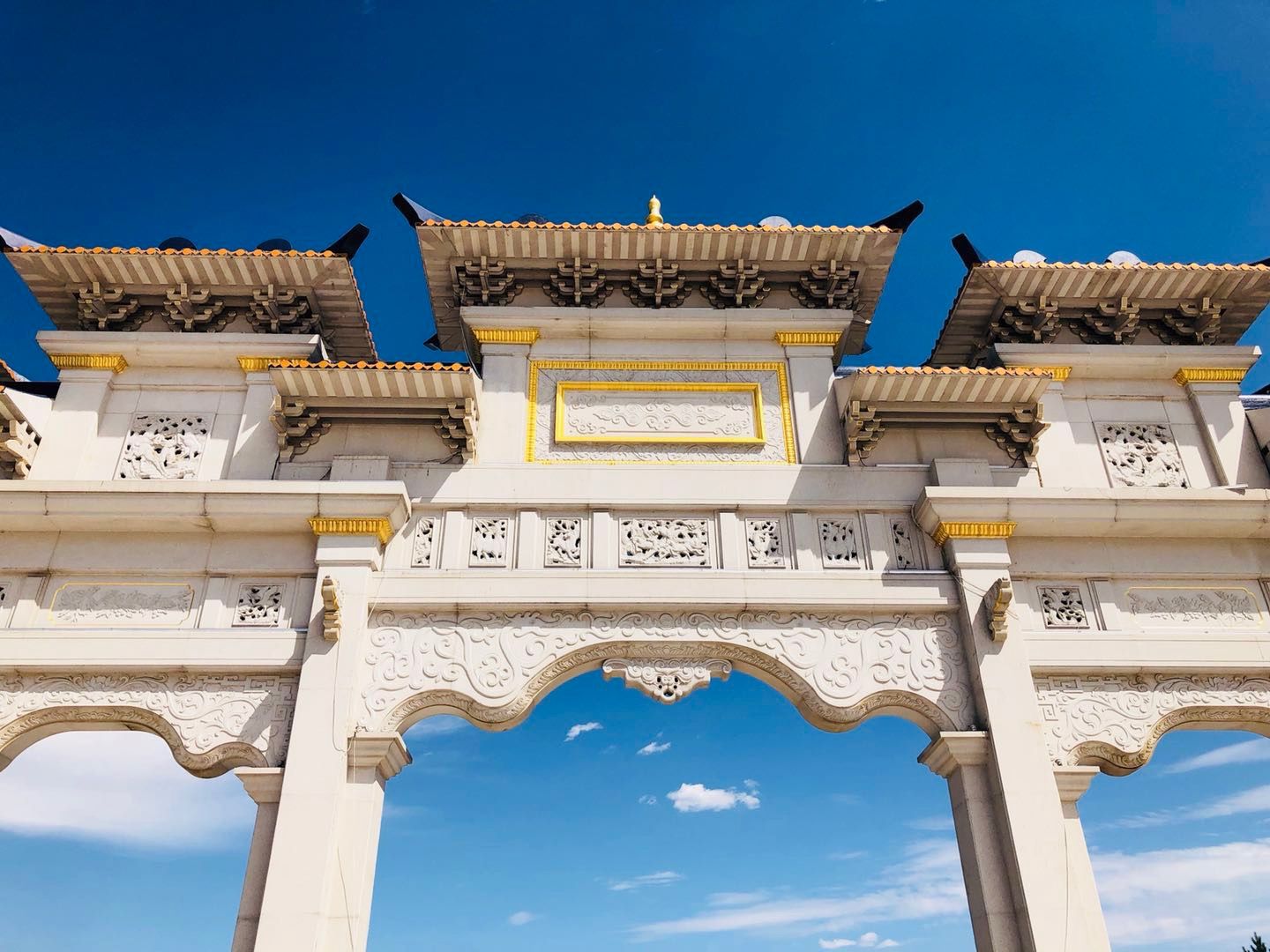 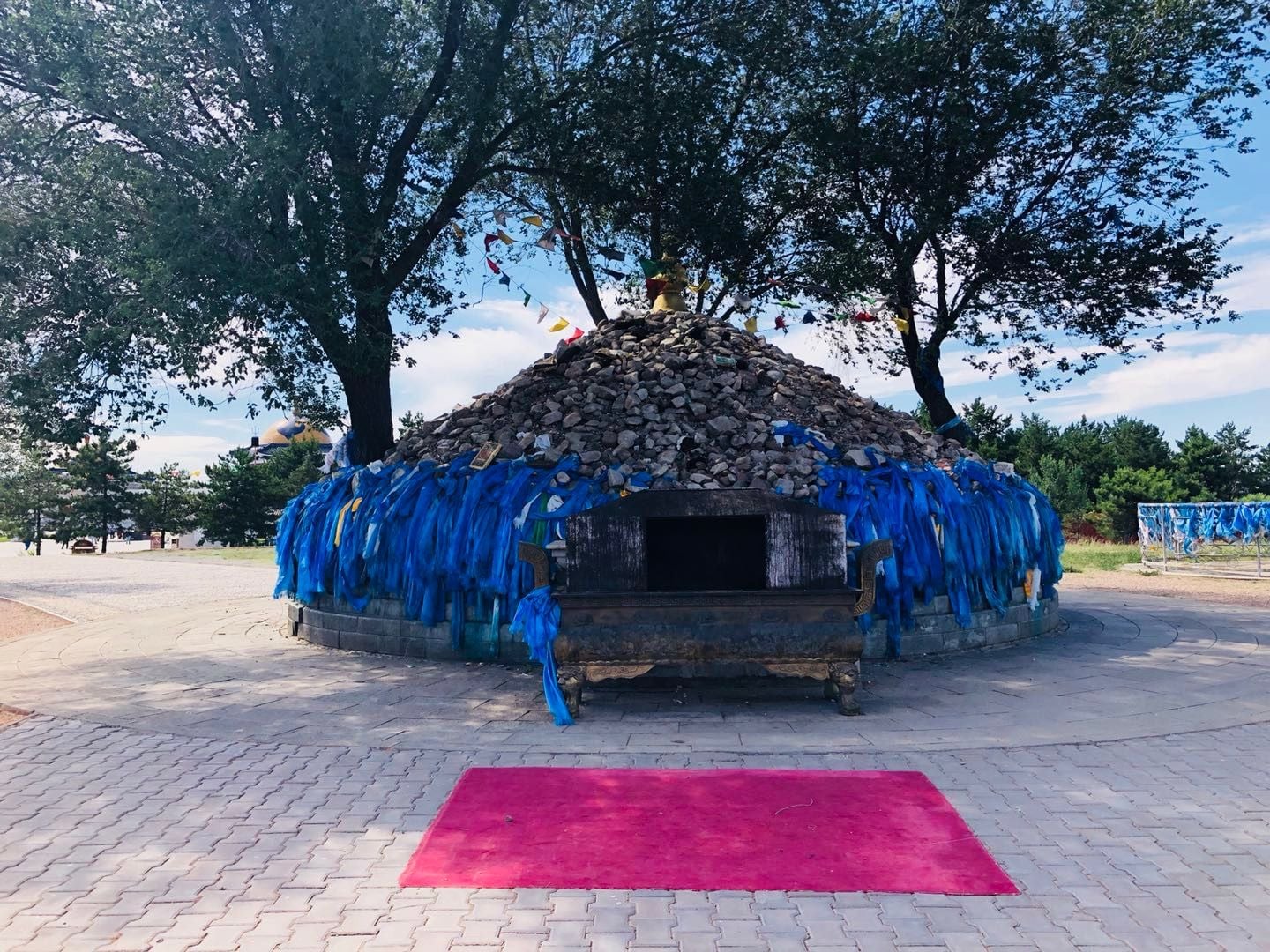 Then, we walked up the steps to the Mausoleum itself. It was extremely beautiful inside, but pictures were not permitted. We were shown many artifacts and things used by Genghis Khan and his army, like bronze plates, swords, pots, a horse saddle, and silver cups which change colors to prevent poisoned wine. There were many white palaces inside, which were used to honor things like Genghis Khan’s holy horse, and two of his wives. 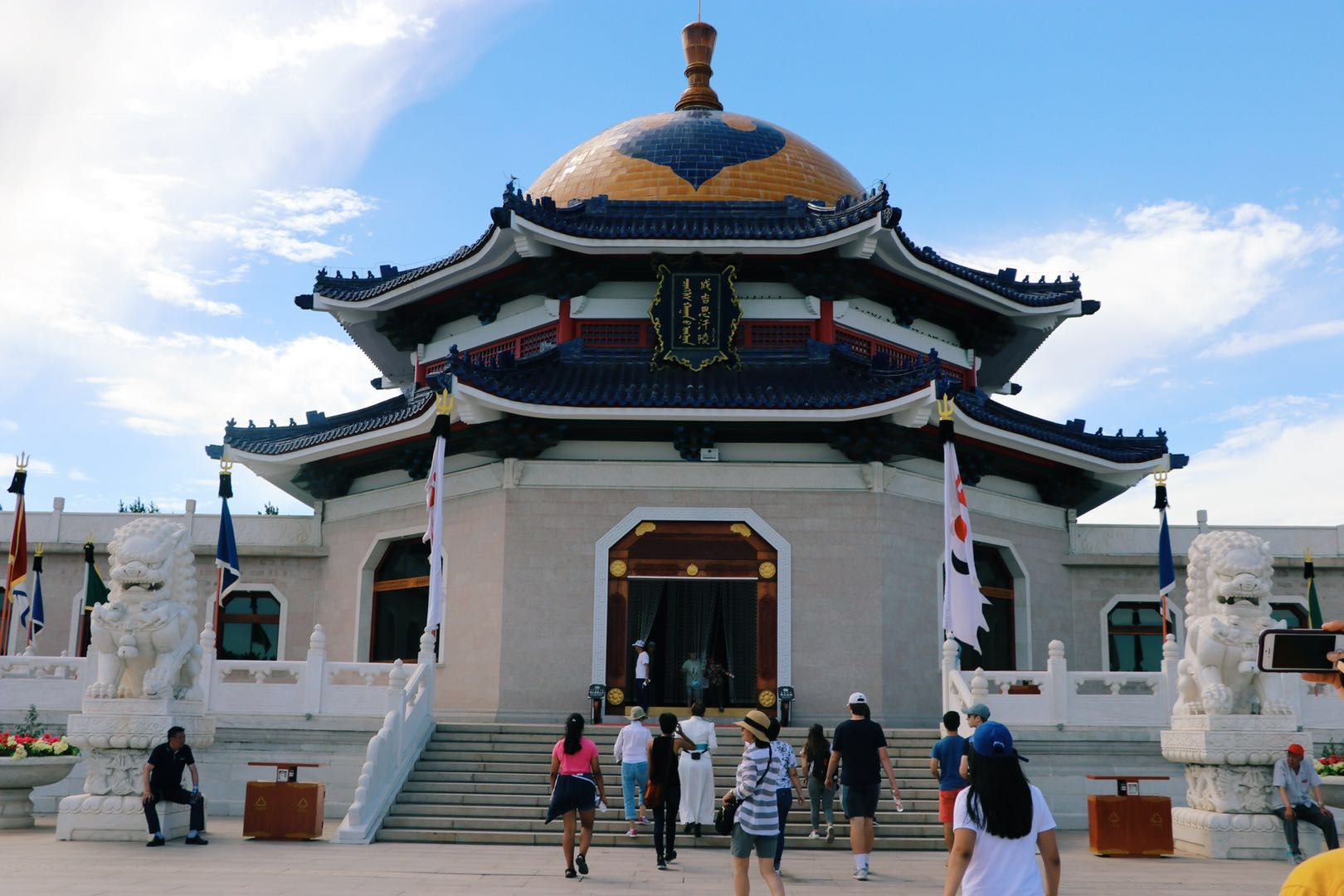 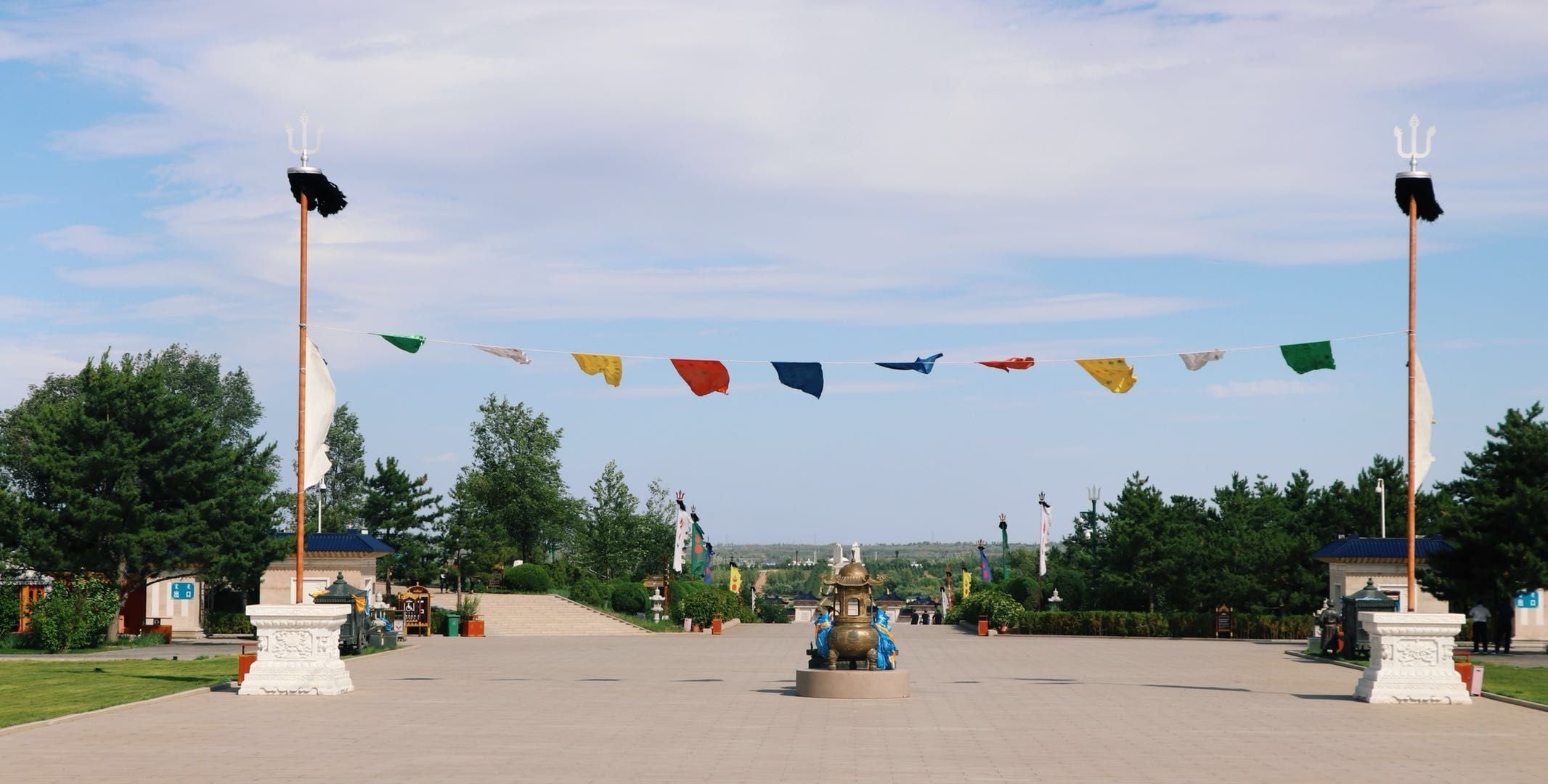 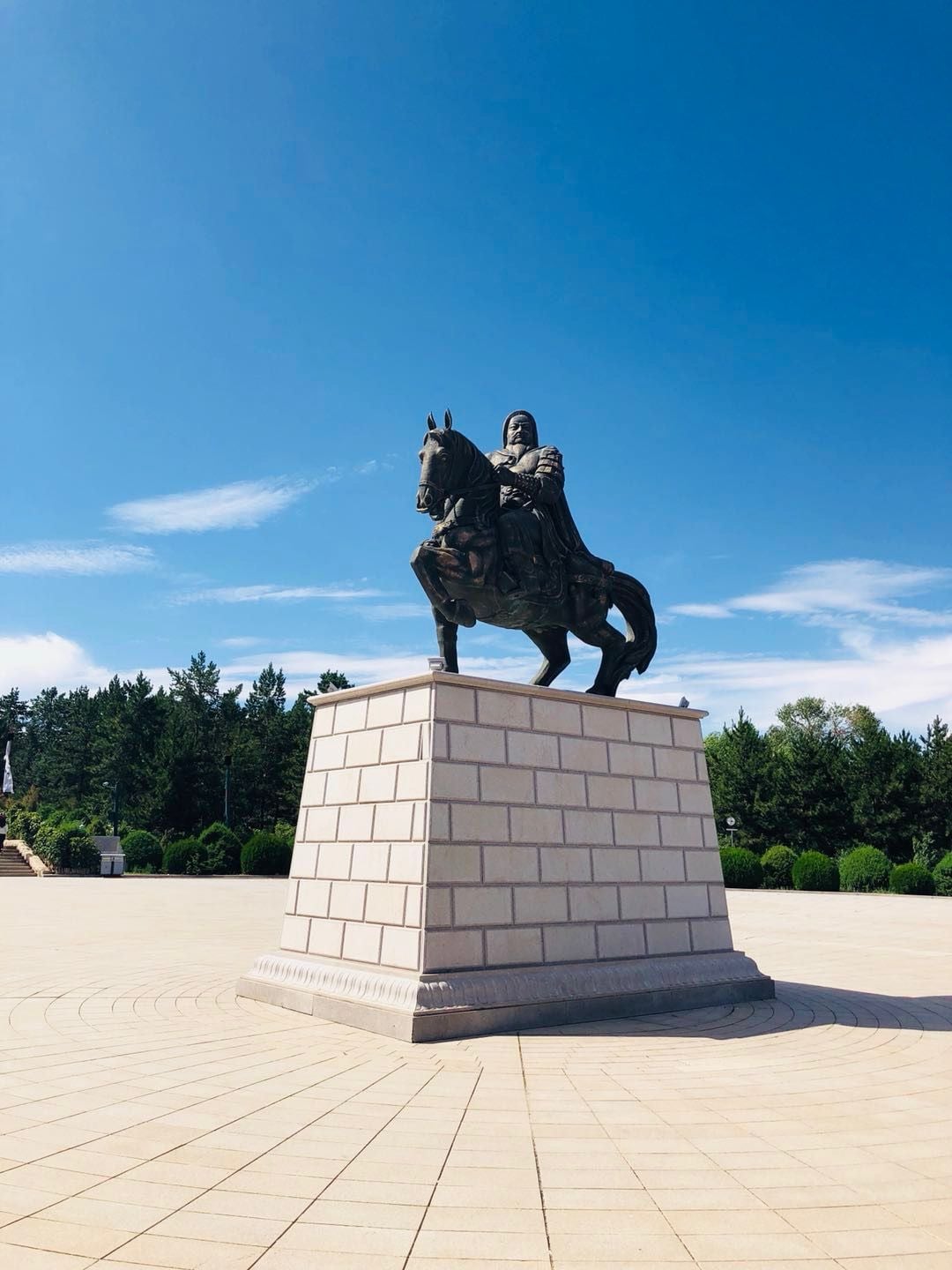 We then headed outside and looked at a monument. Our tour guide told us that woman were not permitted onto it, so only boys were able to walk up the stairs and check it out. Many of us found this strange and surprising, especially because we were told that this monument was just constructed in 2005.

We got back on the bus and drove to a hotel, where we had an extremely good dinner. Finally, we checked into the Crowne Plaza Hotel, were we are staying for the night.