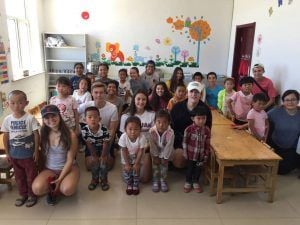 Nathan Hu ’19 reflects on a visit to the grasslands of Inner Mongolia and the simplicity of life.

We woke up early this morning in our yurts before a fulfilling breakfast in the dining yurt with the whole group. After finishing our meal and packing our things, we hopped on the bus for a bumpy ride to a school in one of the nearby villages. As our bus meandered through the rolling hills devoid of plant life because of the droughts this year, we were given a glance of what some of the local people lived like. Houses and cattle scattered the otherwise bare grasslands with occasional windmills constructed to give the houses power. 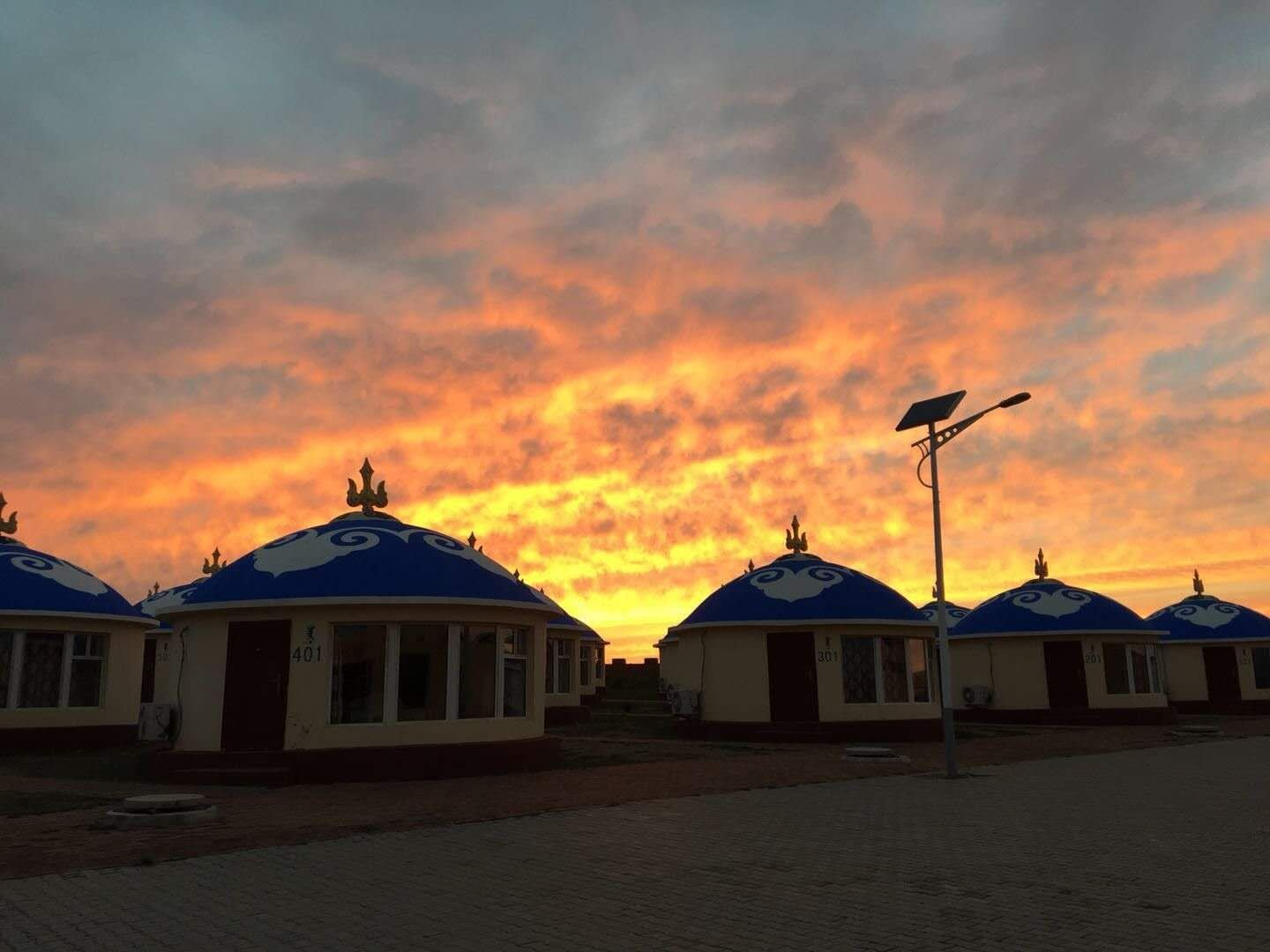 A cluster of buildings appeared on the horizon and as we approached it, our tour guide, David, informed us that this is where the school we we’re visiting was. Pulling down what seemed to be the town’s main street revealed a large number of buildings under construction as well as scattered piles of rubble haphazardly placed in-between the houses and stores in the village. Two lines of children in blue uniforms awaited us as we disembarked from the bus to visit the local school called 希望小学, meaning “Hope Elementary School.” They welcomed us with cheers in English and invited us into the larger of their two buildings. There, we we’re greeted by more children and teachers bubbling with excitement and ready to converse. 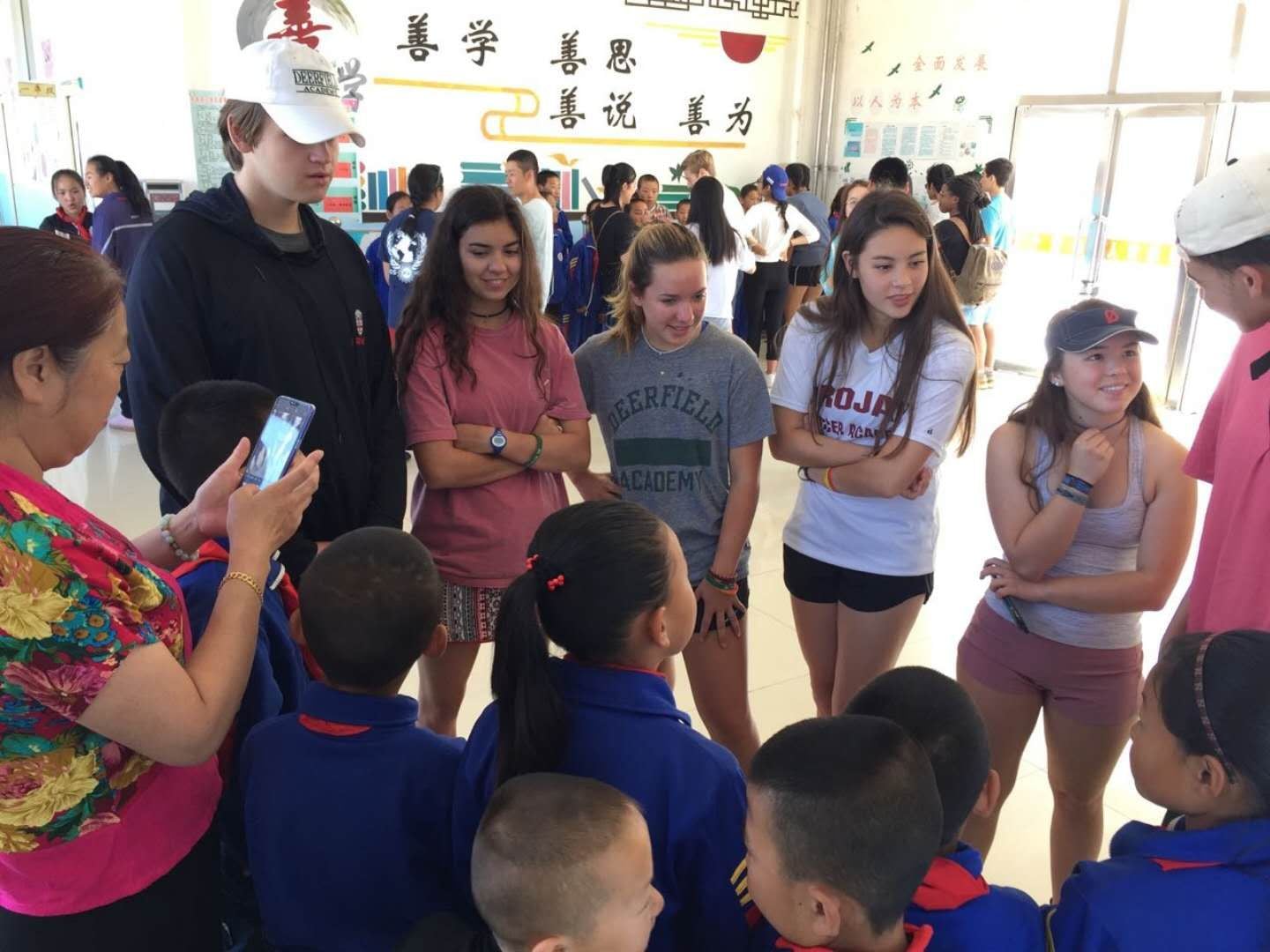 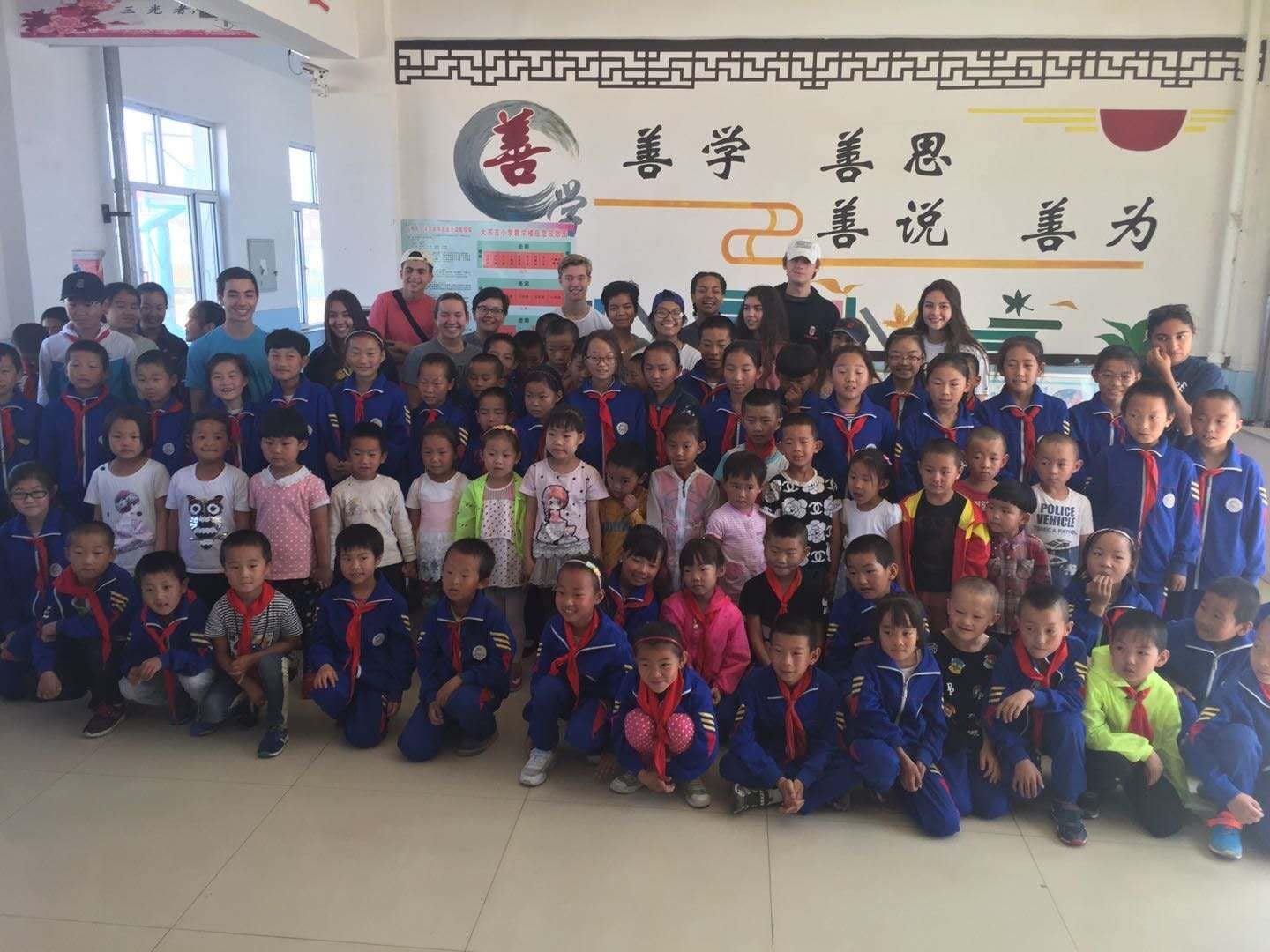 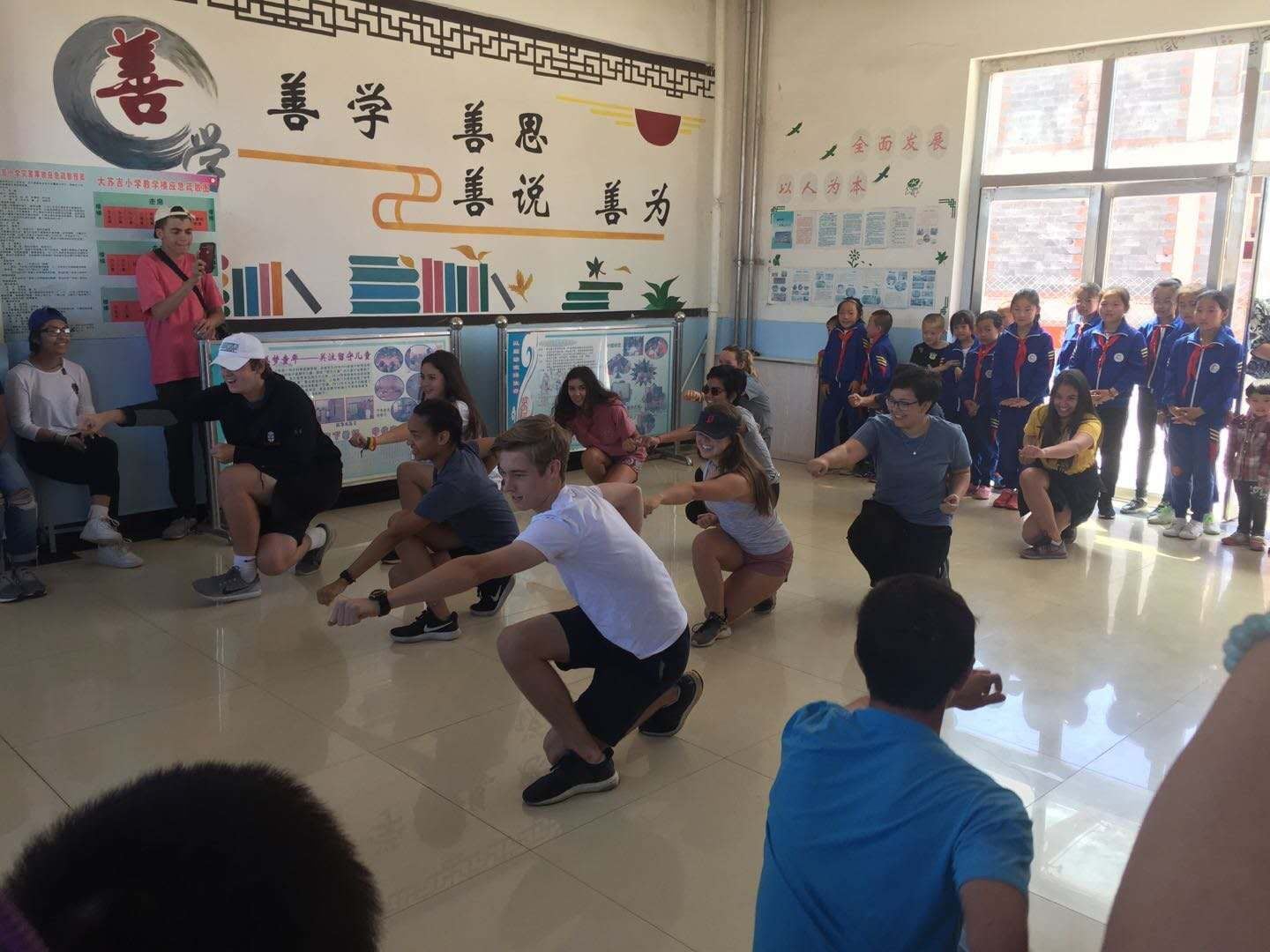 After talking to the 3rd graders in Chinese for a while, they presented some songs and dances for us; we also showed off our singing and Kung Fu skills by presenting the Evensong, YMCA, Party in the USA, and some Kung Fu we learned at Shiyan High School. The students excitedly clapped for us and took pictures with us as we exchanged small pieces of our cultures. Afterwards, we took a tour of the school beginning with the greenhouse cultivated by the students. Returning to the school building, we saw the classrooms for many of the different grades before transitioning to the other building where we saw some dorm rooms and the kindergarten class. The kindergarten students were very cute and sang us a song. We all felt sad as the teachers told us we had to leave and as we returned to the bus, the students waved at us from the windows of their classrooms. Francis led us back to give the kids all some last high fives before we continued onward. 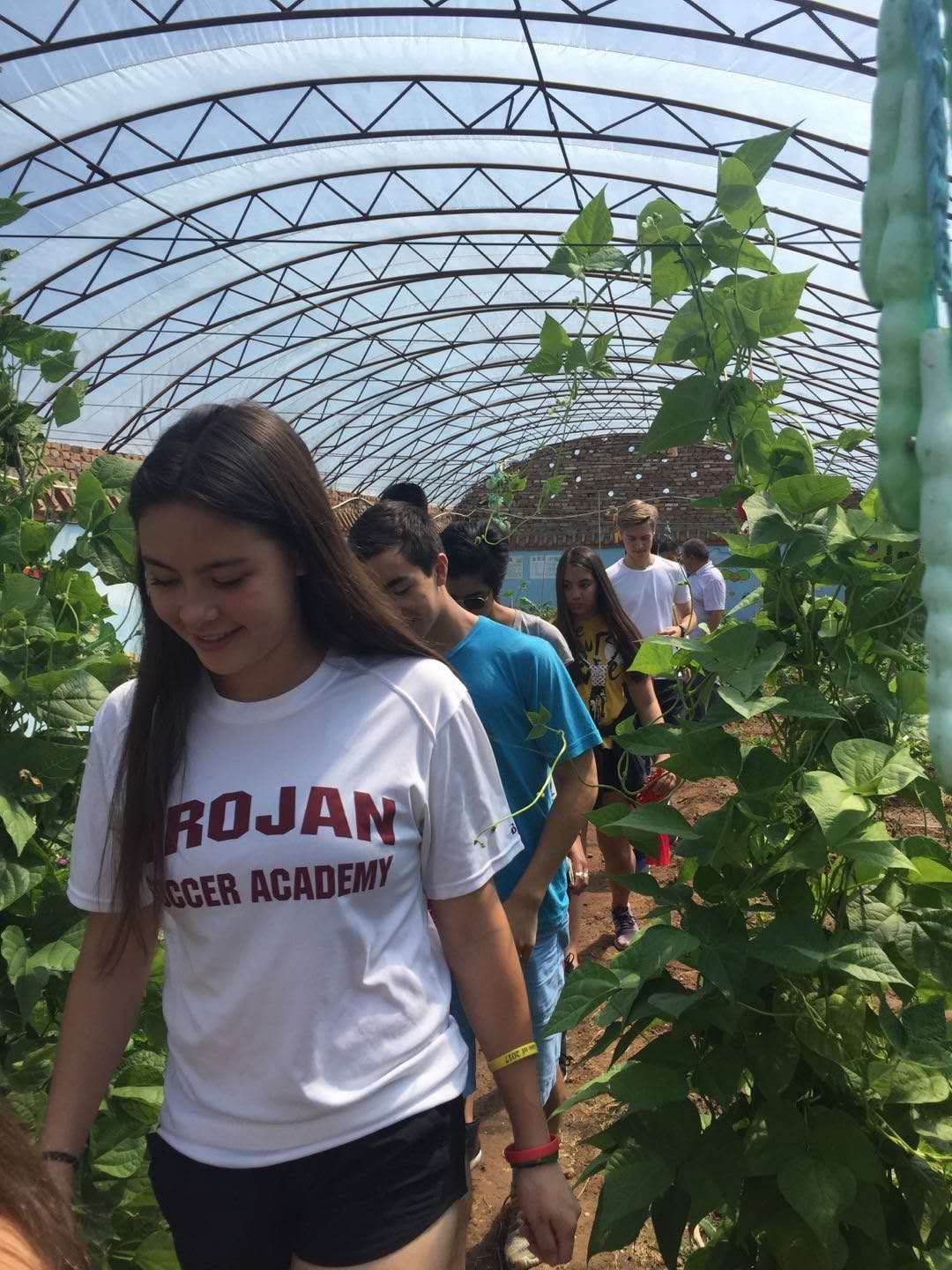 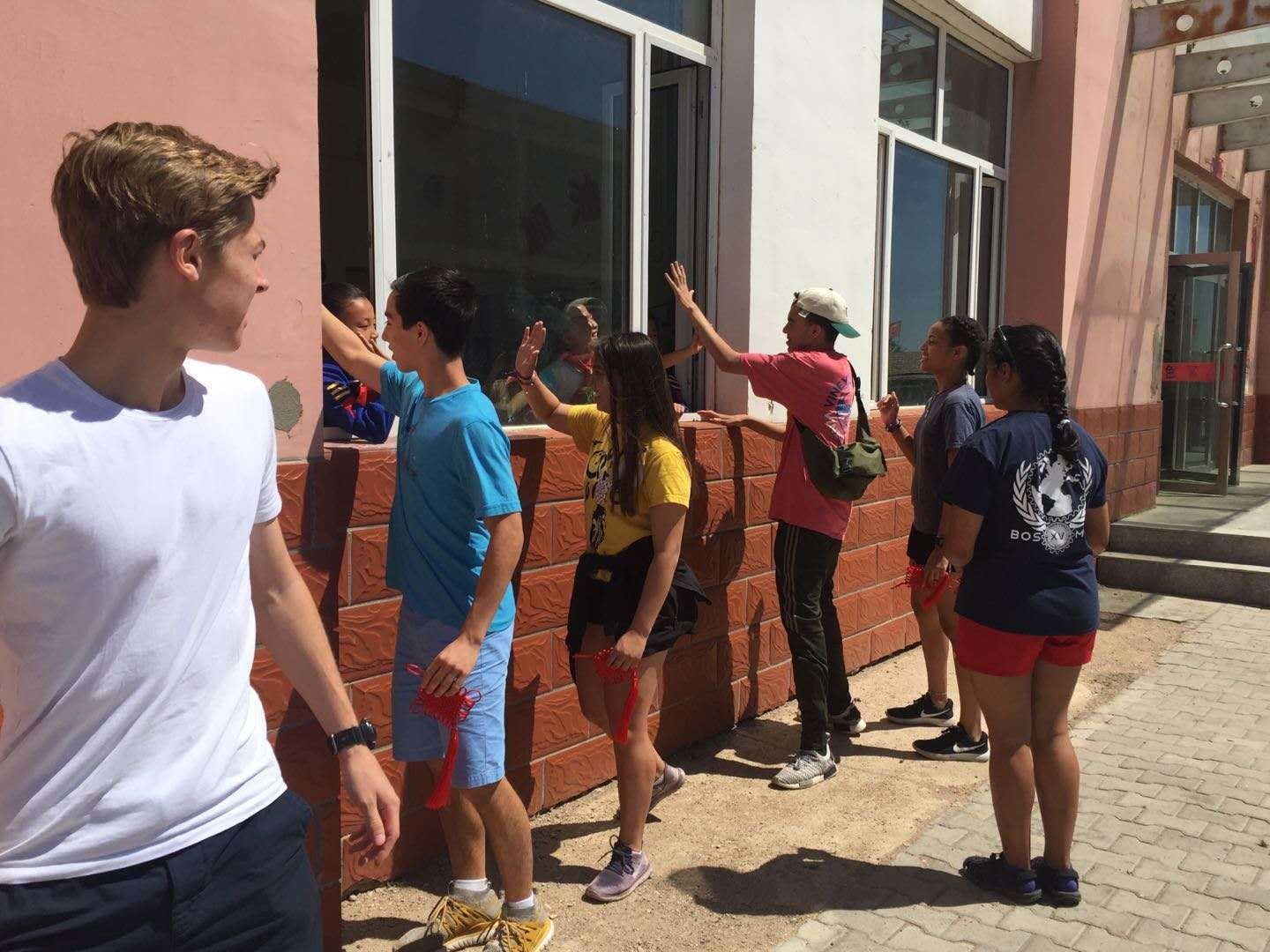 We next drove to a local couples house and farm to see what the housing in the area was like. When we pulled off the road, we were welcomed by cows grazing in front of a small house with a nice courtyard and a windmill. As we went inside and met the husband and wife who owned the house, we were treated to some milk treats as well as milk tea. They told us about their life and how the government helped them build this house as well as acquire the windmill so they could have power. While some people, such as those of some of the boarders at the school, moved into the larger cities in an attempt to make more money and work for a better future for their children, these parents chose to preserve their lifestyle of raising cattle in the grasslands. We boarded the bus and returned to the yurt camp for lunch before driving back to Hohhot for dinner and our hotel.

We had a hotpot buffet with a variety of different food including intestine and dragon fruit. The delicious and fulfilling meal was the perfect end to a great day. Many of us walked through the park on our way back to the hotel and observed some dancing and saxophone playing as well as checkers and badminton.

Today really gave many of us an opportunity to reflect on the areas that we are visiting. In the words of Ms. Feng, “Today seemed a lot more real than other days.” Away from the touristy yurts and flair of Hohhot, we were able to see how simply some of the local people live. There were no houses above two stories and even the new school buildings at 希望小学 did not have the glamour of Deerfield buildings. Even the idea of having students as young as kindergarten at boarding schools only able to see their parents a couple days a year was humbling. This allowed many of us to appreciate what we have in the U.S and especially at Deerfield much more. 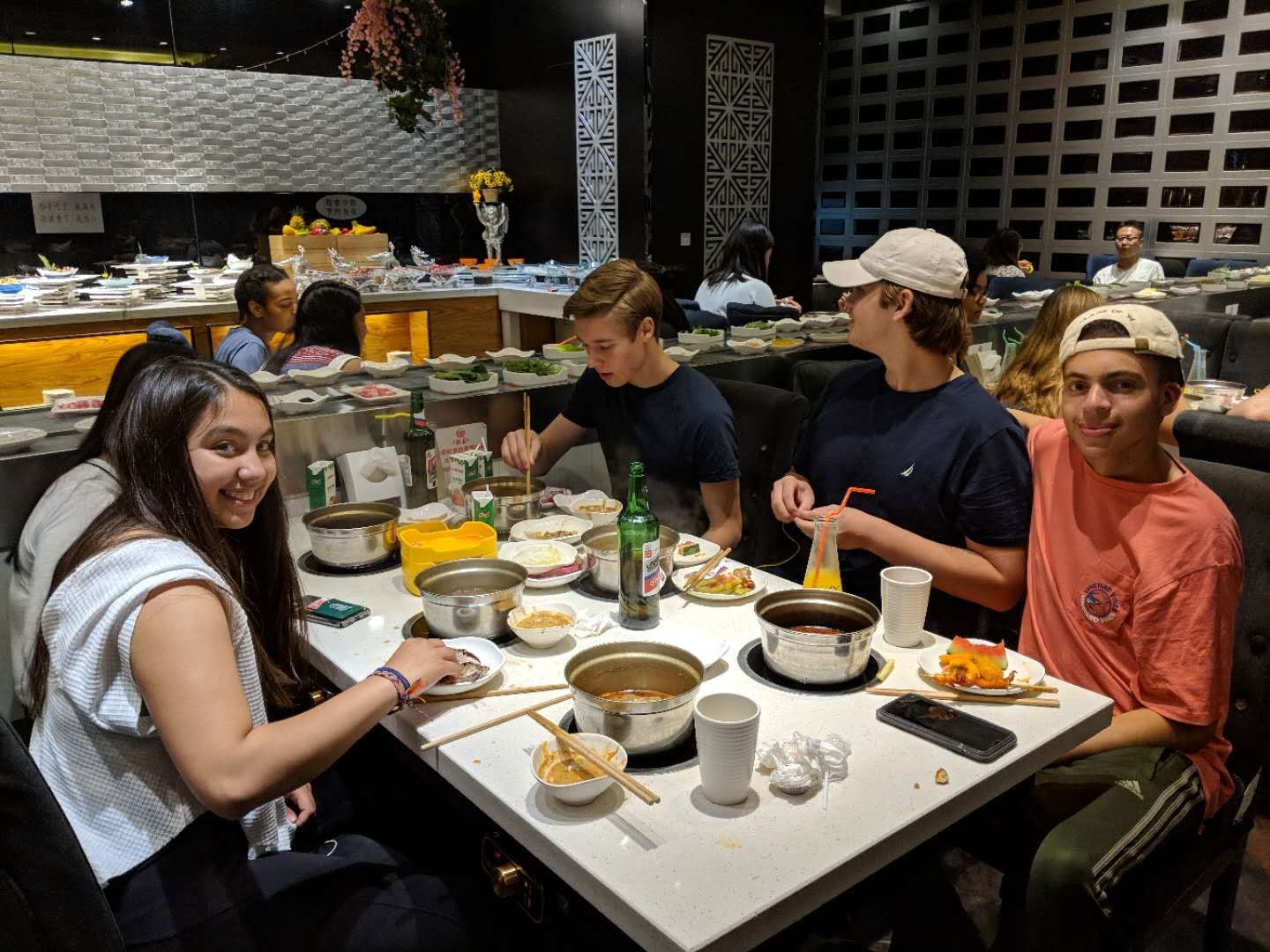 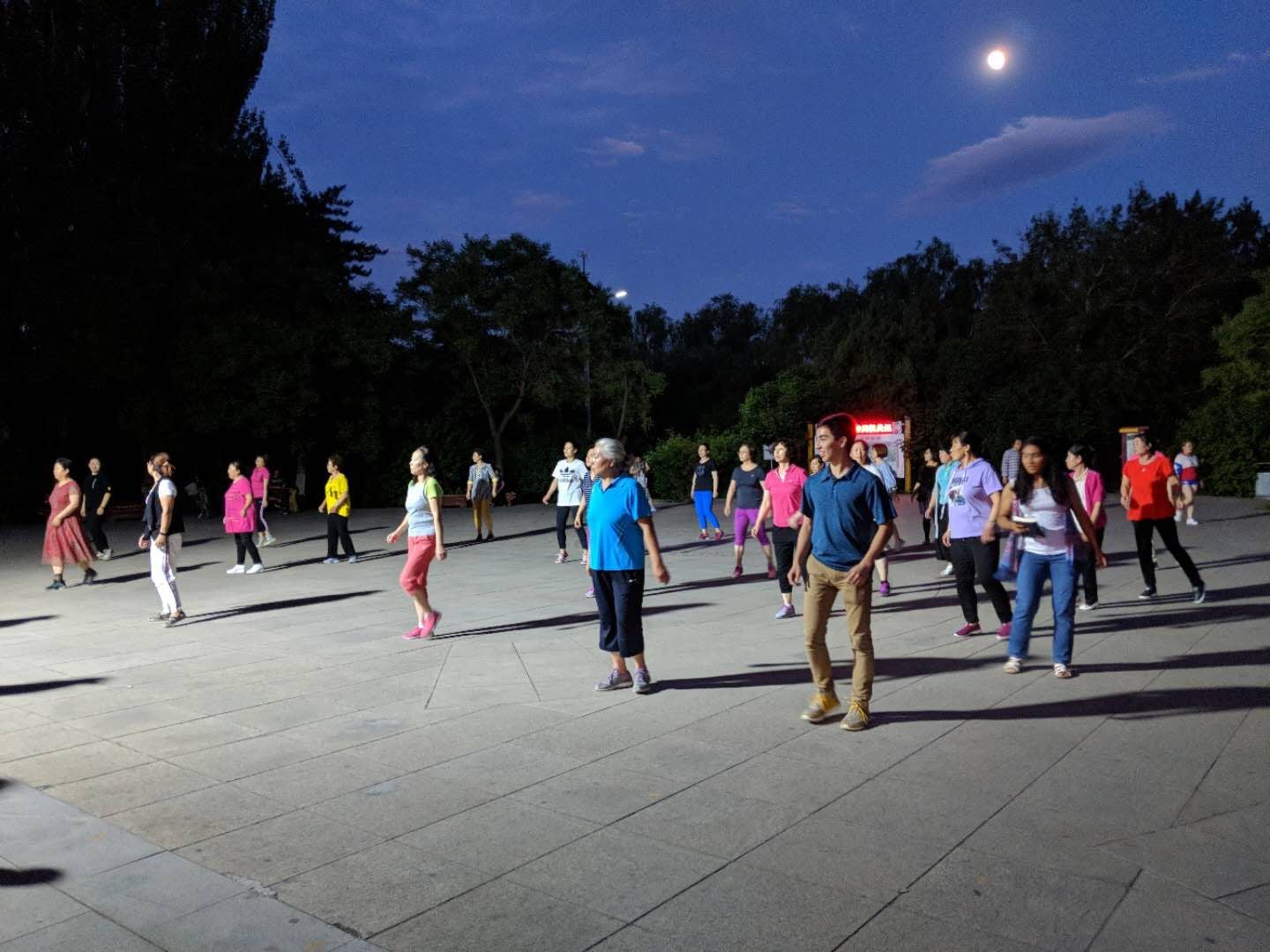 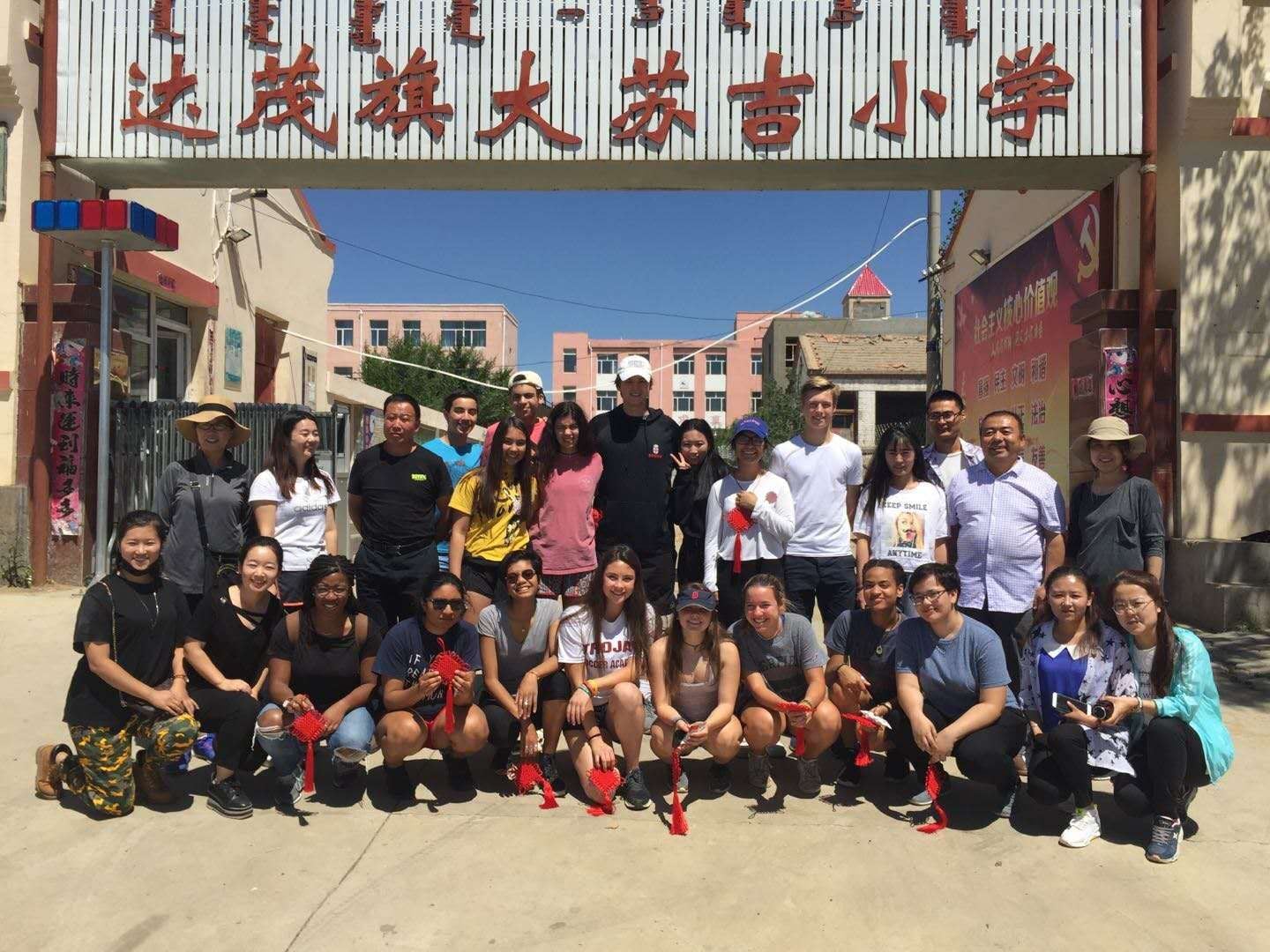