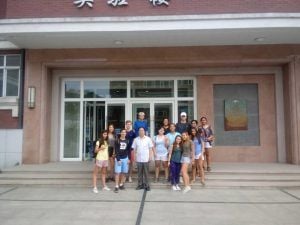 Fernanda Ponce ’19 reflects on the groups last day of classes and the friendships she’s made during her time in Beijing.

Today was our last day of classes, and Ding laoshi sent us off on a scavenger hunt to put into practice everything we have learned thus far. First we took a trip to the convenience store, then to the pharmacy, the hospital, and finally, a bargaining market near Joy City. Logan had spent hours trying to find it, and all this time it had been under our noses!

After lunch, I was trying to play ping pong by myself when a really nice couple came over to play with me. Through my broken Chinese, I was able to gather they worked at a university in Shanghai. I said goodbye to them to go build rockets with the general technology teacher, Wang laoshi. He helped us translate the directions the teacher gave so that the result was a beautiful, sleek rocket which we launched outside. At first, no one was expecting the rocket to go very high, but as soon as the fire powder was lit, it went soaring seven stories. It was fun watching two little girls who had witnessed the spectacle run to catch the landing rockets and keep them for themselves before we could even catch up with them ourselves. 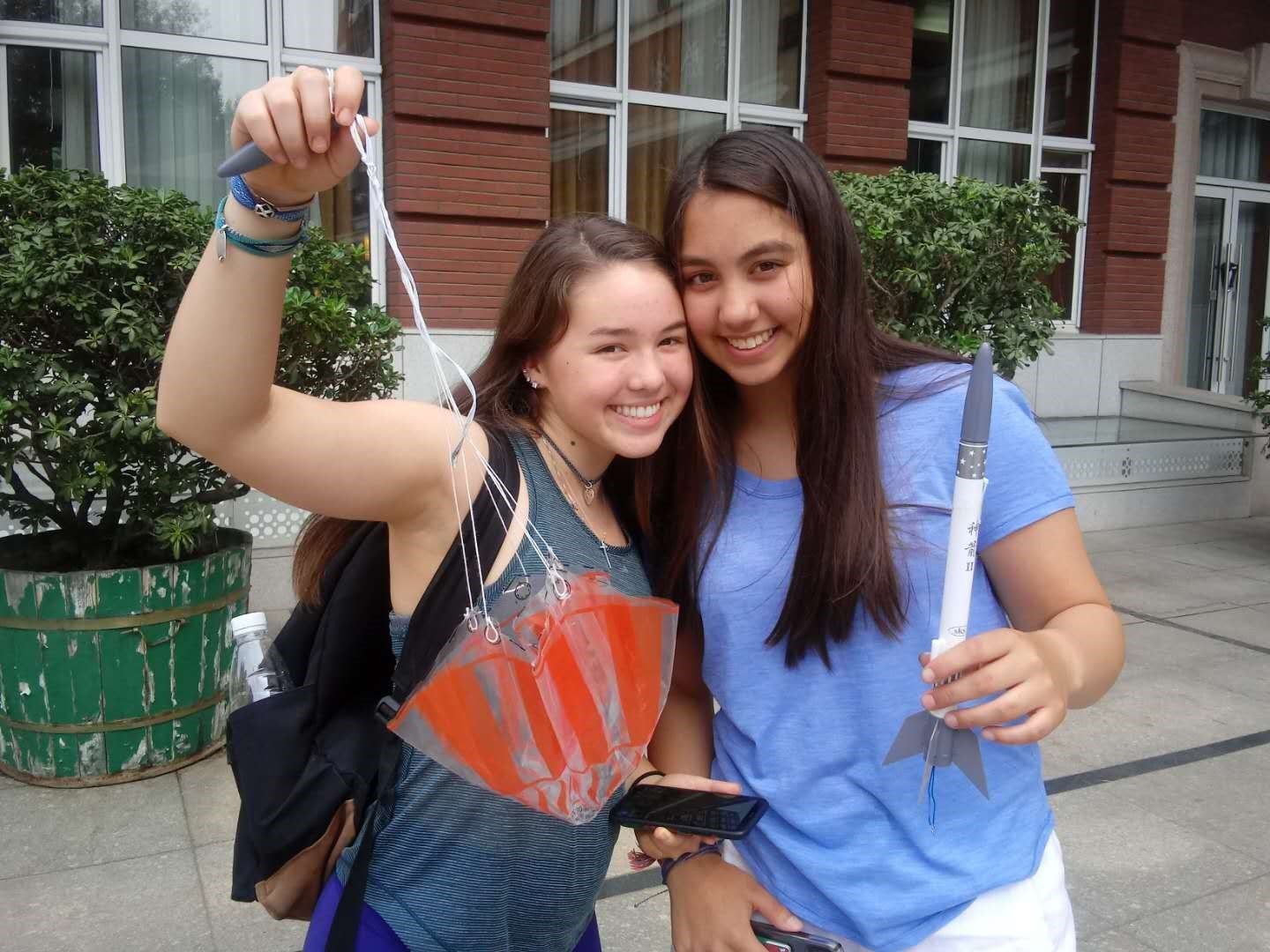 During the free time that followed, Liu laoshi was very kind to walk me to the post office so that I could mail some postcards. As soon as we walked into the post office, Liu laoshi hurried me over to the counter and told me I had to 练习(practice). The phrase we practiced saying on our way back (after my semi-failed attempt to speak Chinese) was “这张邮票寄到美国够不够?” (Is this stamp enough to ship to America?) 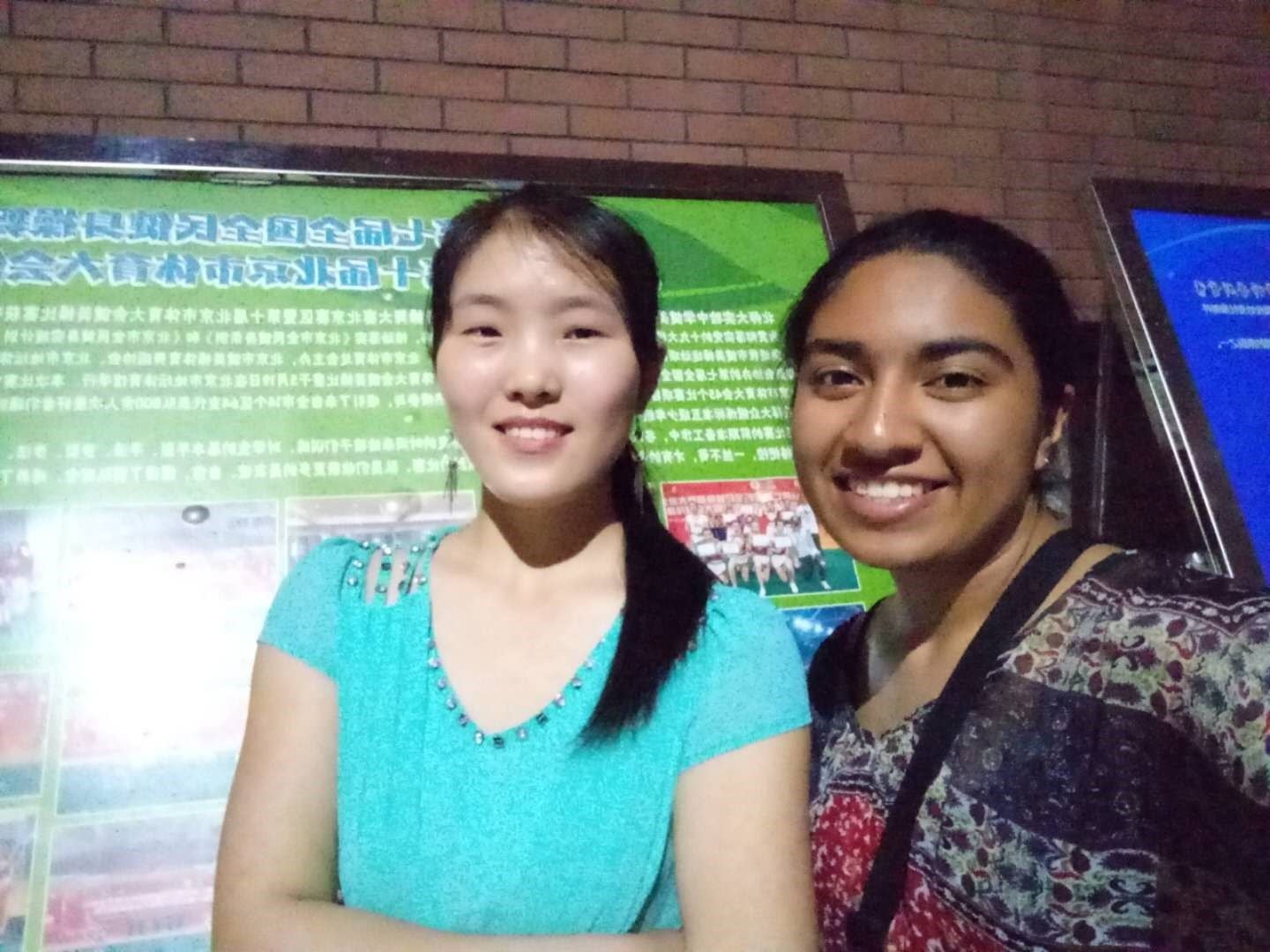 One of the friends I made playing ping pong last week, Song Tianqi, came over in the evening and we walked over to a snack shop. She bought me a treat called lv da gun, which is made from a red bean paste and a special paste. We talked about the differences between life in China and America, like housing structure, politics, and the meaning of freedom. At one point, we started to compare traditional Mexican culture with traditional Southern Chinese culture. It’s unfortunate that we leave this Sunday, because I would have loved to talk to her more in person. Hopefully we’ll keep in touch through WeChat! 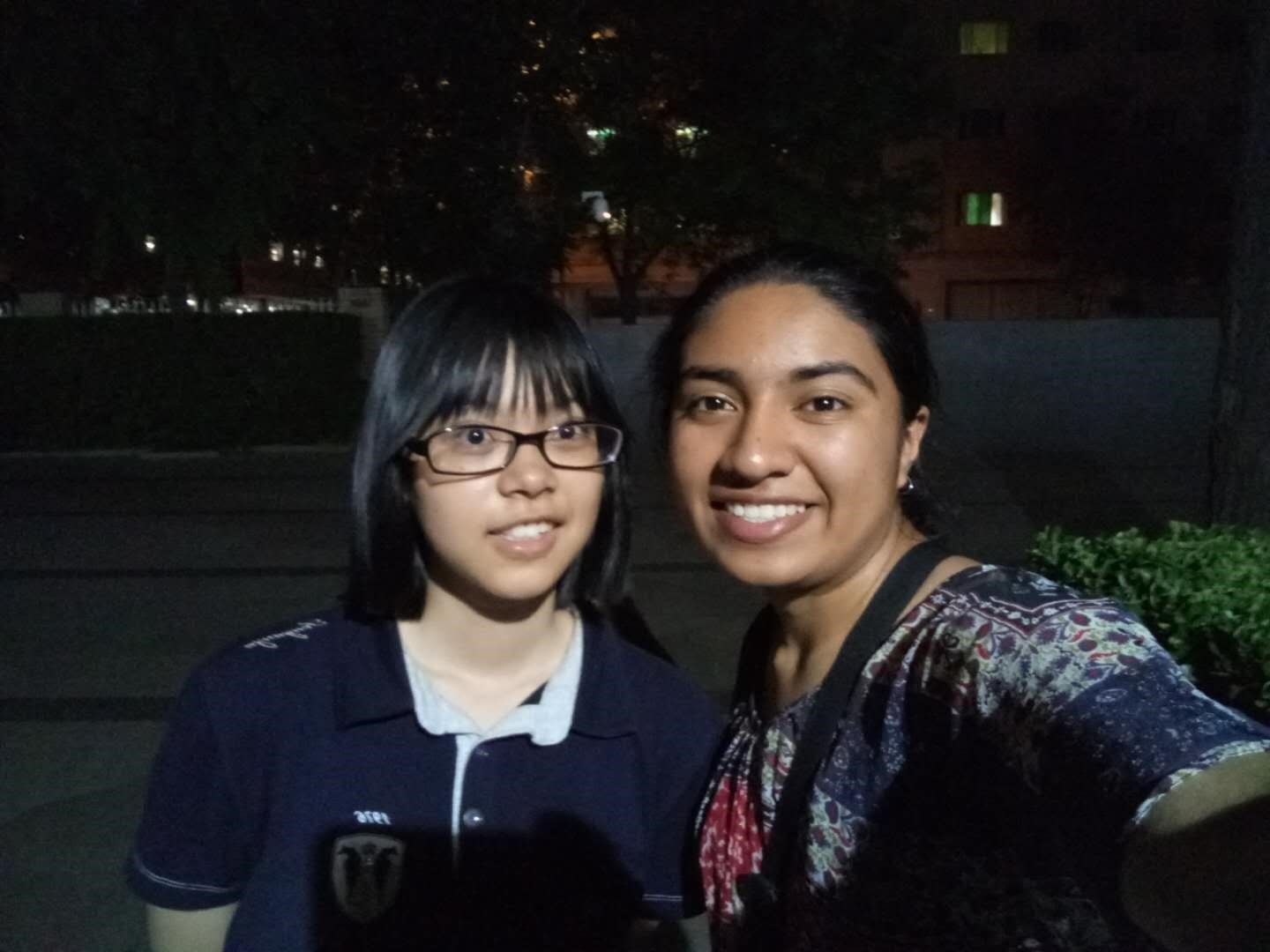 I made another friend just when I was about to go back to my room. She is a young lady that works in the cafeteria, and I think she was waiting for someone. In the meantime, I tried to use my broken Chinese to talk to her, and we laughed together as she signaled to me jokingly with a thumbs down that our Chinese is not very good. At the end of our conversation, she gifted me a beautiful pink hairpin and some of her Chinese exercise books!

The people of Beijing have been so incredibly welcoming and nice to me. Even though I have struggled with the language at times, many are quick to compliment my speaking regardless, and they try their best to converse with me. I think the opportunity to meet new people has been the most rewarding part of our stay in Beijing.