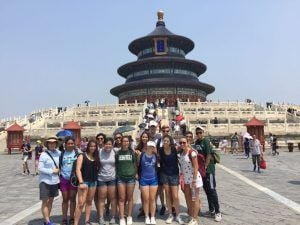 The group at the Temple of Heaven.

Today started off like most days; wake up at 8:00 am, eat a quick breakfast, and head out by 8:30 am. I was especially happy with the pastry that was offered so decided I would bring one of them for the road and ate it while our tour guide Tian Laoshi gave us a quick preview of what our day would consist of. I quickly became excited as I was told that we would be visiting the Temple of Heaven. I had heard many good things about this temple, from our group leaders and had seen some beautiful pictures; I was happy that I would get to visit this temple on my last day staying in this wonderful city.

As we walked through the courtyards, Tian laoshi was giving us some quick facts. He told us about the way some trees were labeled to denote how old it was. We even got to see the oldest tree in Beijing. During this walk we saw a few people practicing Tai Chi. Vera, one of our classmates, worked up the courage to go up to this group and join them, she seemed to really enjoy herself while following along with all the intricate movements .

While walking around we also saw a group of people kicking a rattling feathered object . It was clear that the objective of this activity was to keep the object in the air, similar to how American hacky sack is played. Our group quickly became interested by this and wanted to give it a try. Because of this, Kelly laoshi gifted us with our very own “Jian zi” which is what the object was. She even taught us some very impressive tricks and revealed that as a child she was able to keep the Jian zi in the air for over 500 kicks. We also learned about a Jian zi club that started in Deerfield after one of the school trips to China. After this brief break we began our journey through the temple once again. 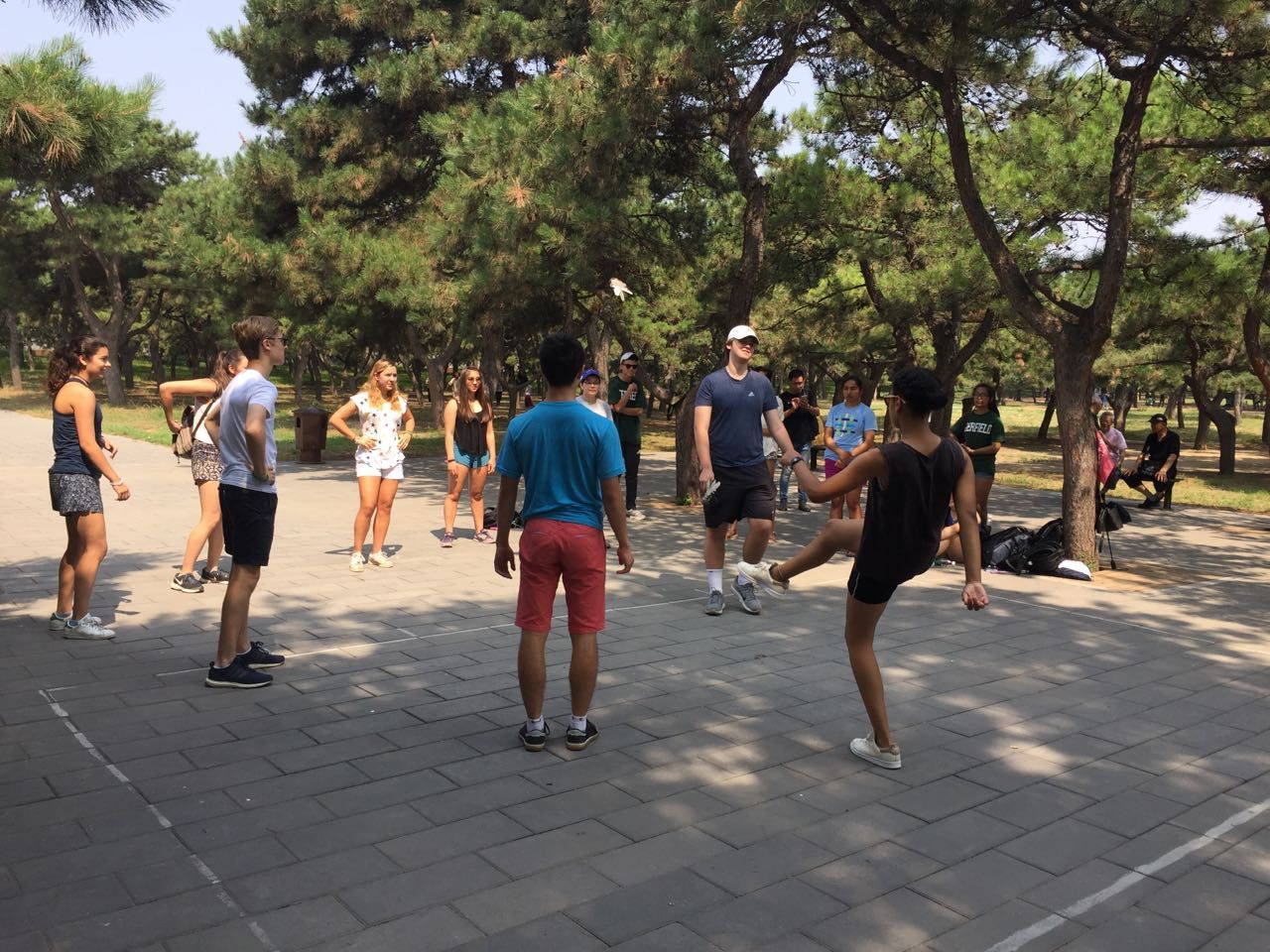 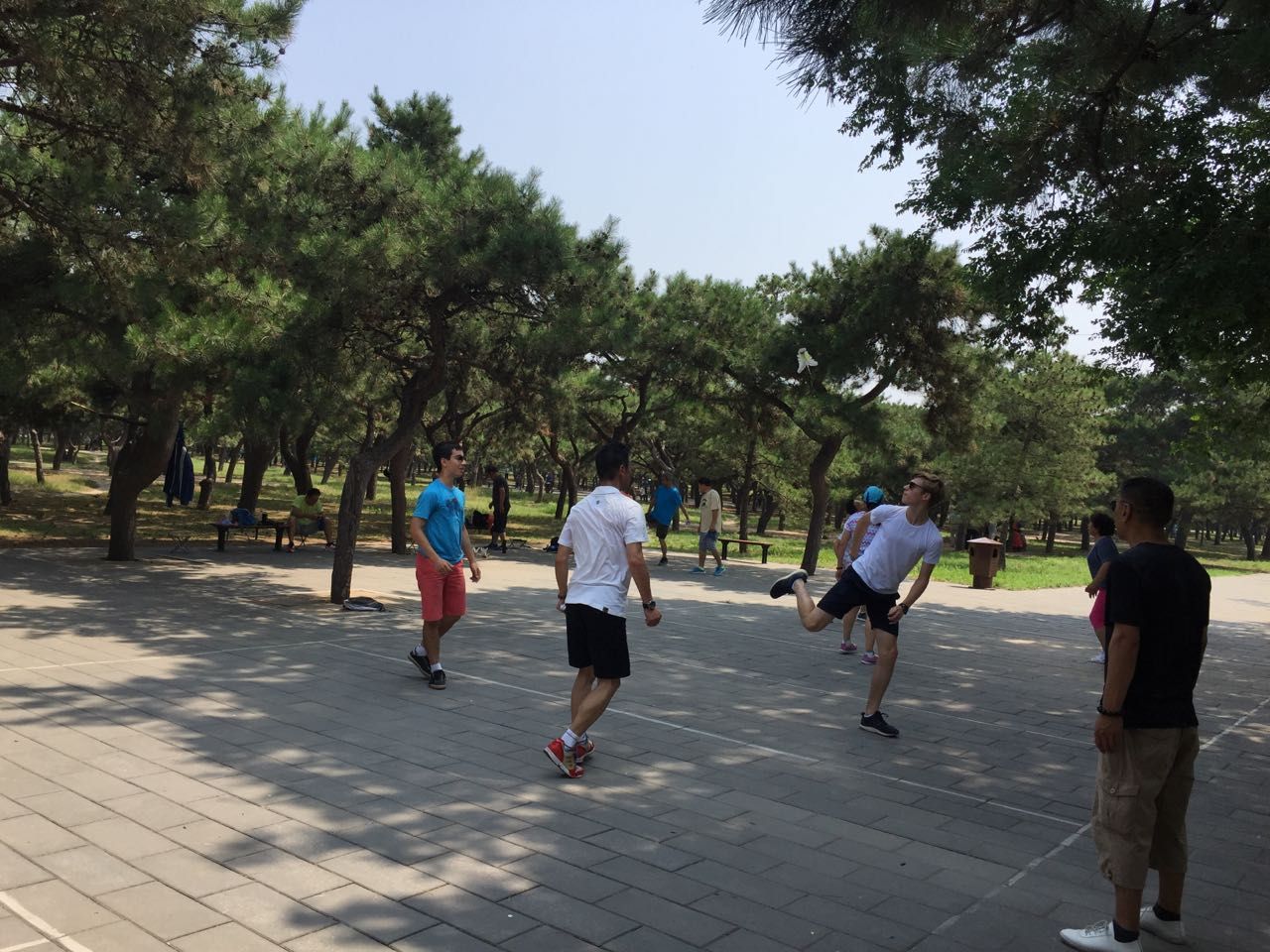 During our walk we learned about a long standing tradition that started off when an Emperor from the Ming dynasty built the temple in order to be closer to God and pray for good fortunes. Every first day of the lunar month the emperor would hold a ceremony at midnight, the most peaceful time of day, and pray for a good harvest. There was even a special hall made for this very ceremony. Today, this tradition is still carried on by the current President of China. Our visit to the Temple of Heaven soon came to an end but not before we were able to take our last group picture in Beijing. This place has definitely taught me a lot about not only myself but the world around me. I know I speak not only for myself but my peers when I say we are very thankful for this amazing experience and everyone that made it possible. 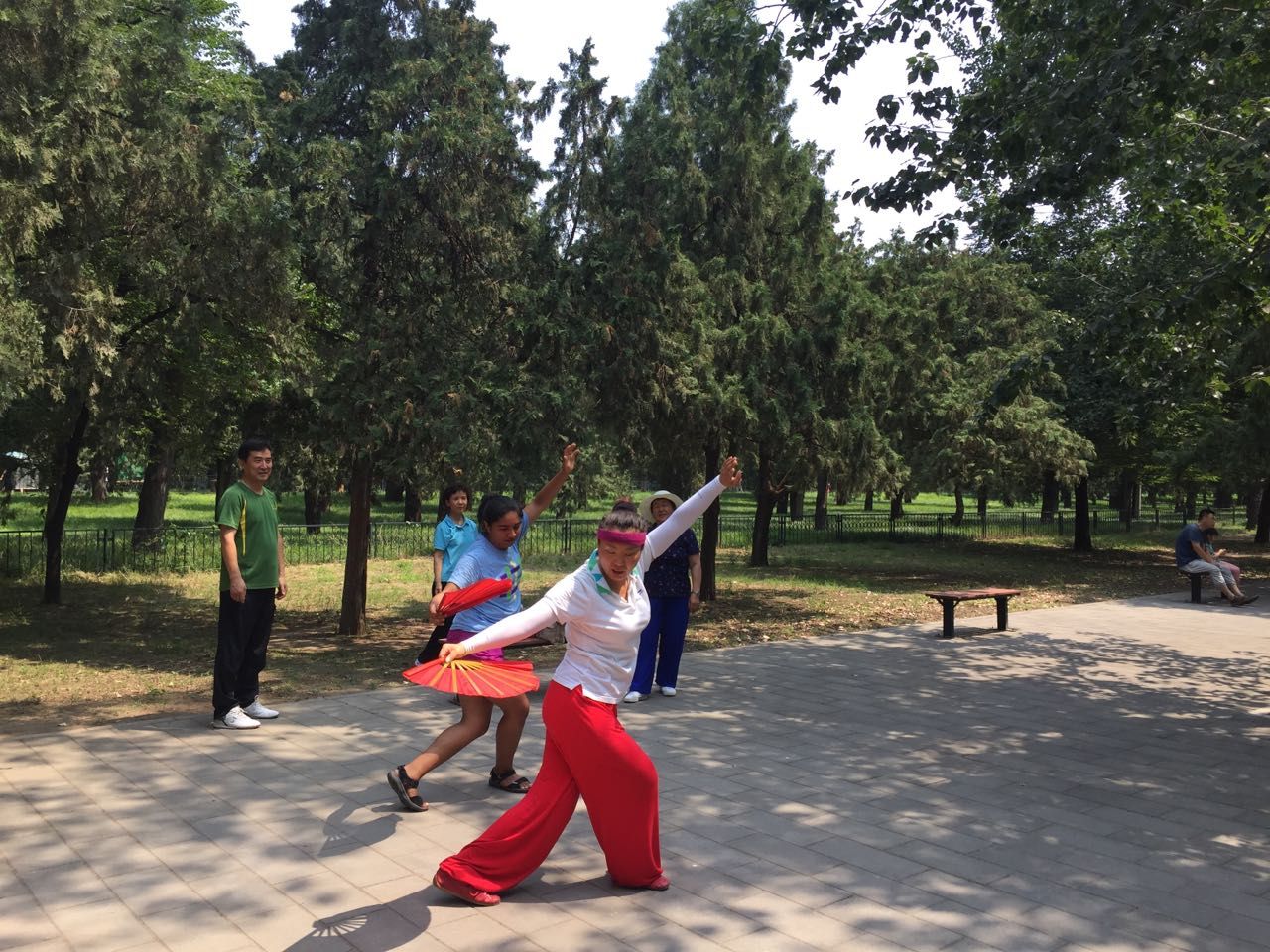