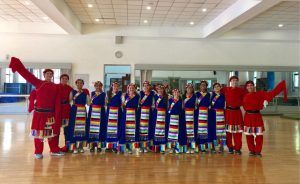 With classes starting at 9:00 am instead of 8:30 am, I think we were all glad for a few extra minutes of sleep to start the off day bright and early. Wu Laoshi greeted us with a warm smile and by complimenting on our Chinese, as he remembered from our previous class. Upon taking our seats, we saw many various props and costumes scattered throughout the front of the classroom. Wu Laoshi began his lesson on the Beijing Opera by showing us pictures of scenes taken from a number of different operas and explaining the important use of props in Chinese operas. 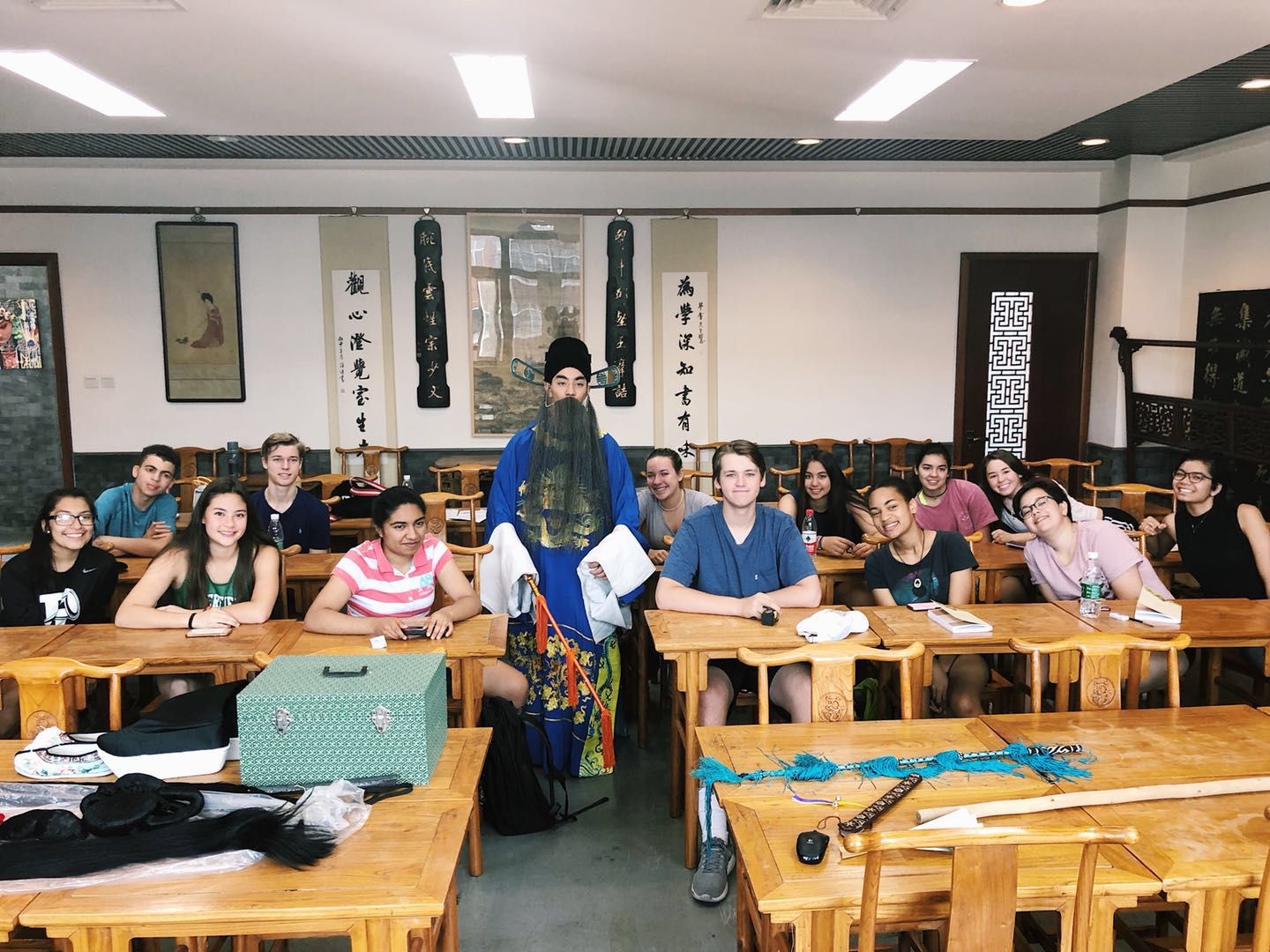 He continued to elaborate on the four main types of characters, hangdang, found in Beijing Opera: sheng(the gentleman); dan(the female); jing(the makeup-painted male); and chou (the small potato or clown living in a low social status). He played for us some video clips and asked us to identify which type of characters were seen in each. Furthermore, he discussed the exaggerated style in which characters speak and sing, which in real life would be considered quite unusual. To conclude the class, Wu Laoshi chose Nathan and Logan, who willingly complied, to dress in Beijing Opera costumes. The class all got a laugh as he practically pulled their eyebrows off while explaining the importance of tightening head costumes, and we were reluctant to leave when the time was over.

Shortly after, however, we found ourselves in new costumes. Starting off dance class with the usual stretches, we were all anticipating trying on the long and flowy costumes that awaited us. We finalized the choreography learned in our previous two classes and were given costumes to try on. The traditional Tibetan dance wear consisted of extensively long sleeves and colorful robes for the girls and a red velvety set of pants, skirt, and top for the boys, topped off by a multi-colored headpiece for everyone. We were all excited to rehearse our dance moves in this new attire and were even more ecstatic to find that we were to perform our routine at school meeting in the opening weeks of school. All of the dancing made us hungry and we were eager to find out what was waiting for us in the dining hall. 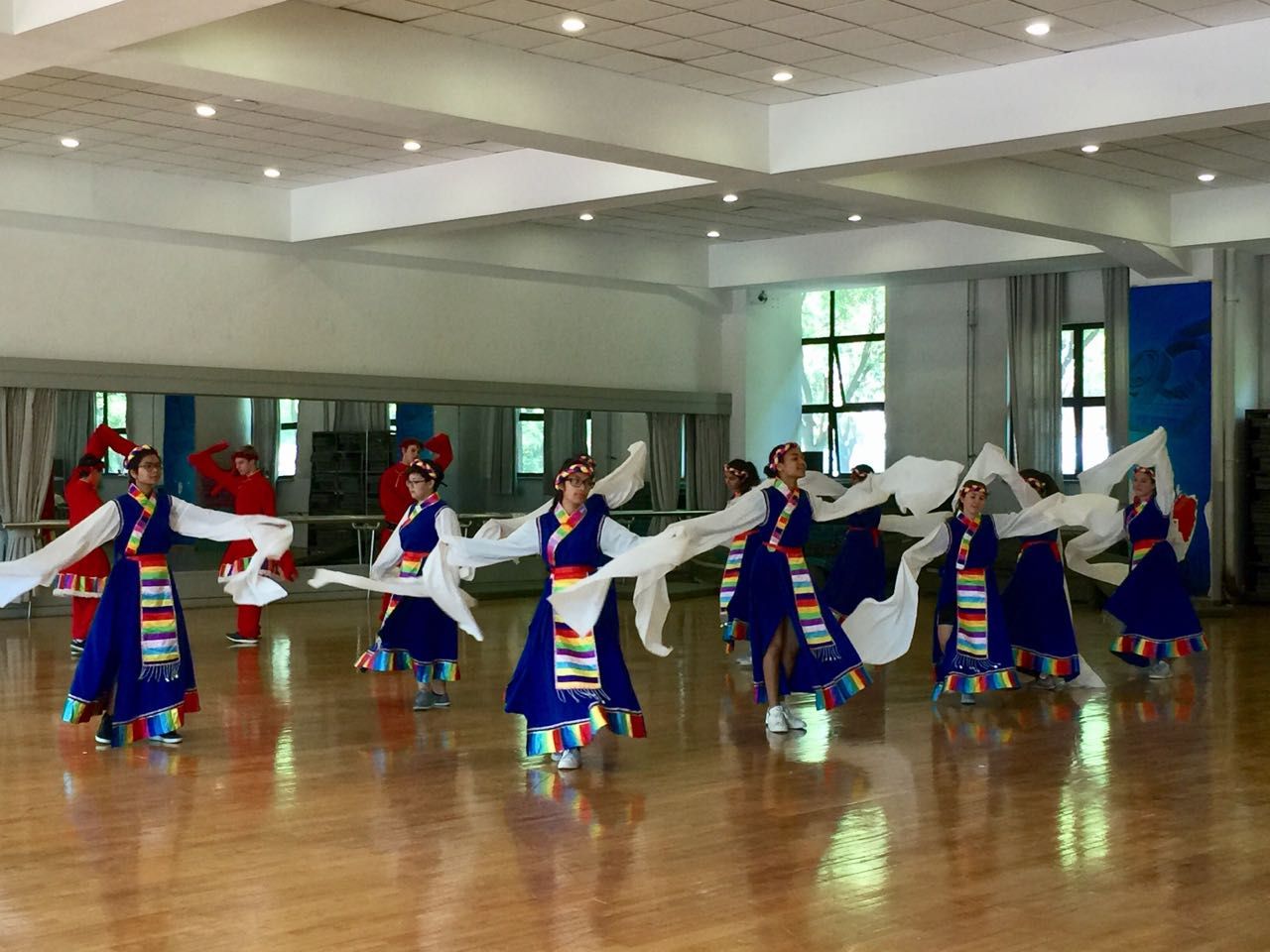 After a scrumptious lunch of vegetables and rice, we departed from Shiyan and headed to the Beijing Planning Exhibition Hall. There, we saw multiple models of Beijing’s city plan, ranging from metal wall murals of Beijing in 1949 to models that covered vast amounts of floor area and represented modern day Beijing including three train stations, each ring of the city, and historic landmarks. We analyzed how transportation has changed throughout decades of Chinese history, and watched a short film on how China has evolved from dynasties ruled by emperors to the nation it is today. Following, we made our way to Qianmen, meaning “front door”, an area designated to imitate ancient shopping streets. After breaking up into groups and exploring the different alleyways, browsing through shops selling small Chinese trinkets, and trying a plethora of the offered street snacks, we gathered back together to head to dinner at a well known Muslim-Chinese restaurant, Dong Lai Shun. 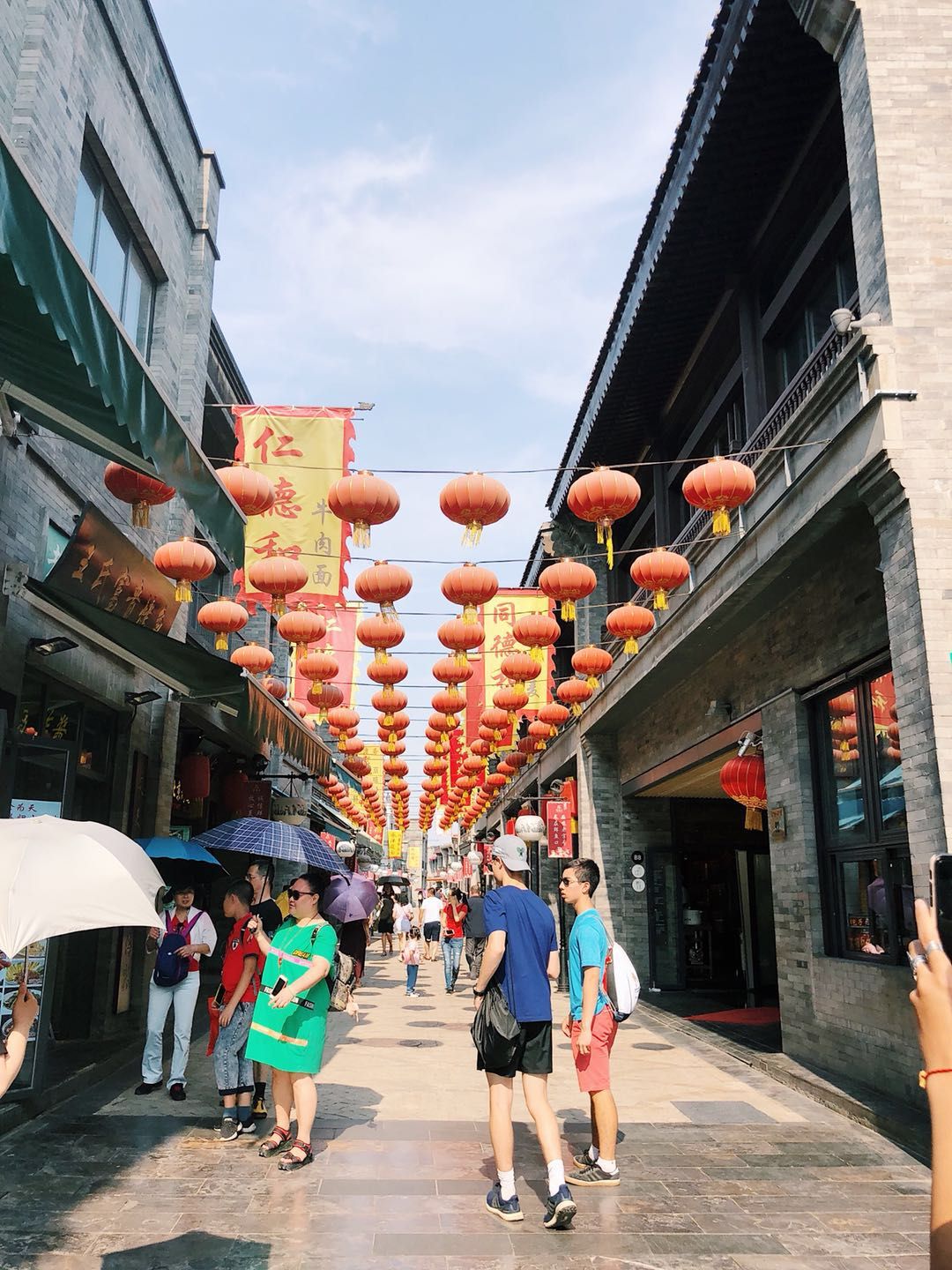 Dinner was filling and consisted of a few new dishes including basa sweet potatoes, and crispy eggplant. Additionally, we were excited to try the berry juice rather than the usual sprite and coke. As dinner came to a close, the infamous Tian Laoshi welcomed us back on to the comforting air conditioned bus for a ride to our last stop of the day, the Beijing Opera. Tian Laoshi had reserved us special seats at tables where we were given tea and Chinese snacks. The Beijing Opera was everything Wu Laoshi had told us earlier that day and more. Watching the actors [and actresses] on stage was both insightful and entertaining. There were even English subtitles on the side for our benefit! But, as interesting and enlightening as this experience was, it was time to make our way back to the dormitories for a restful night of sleep. 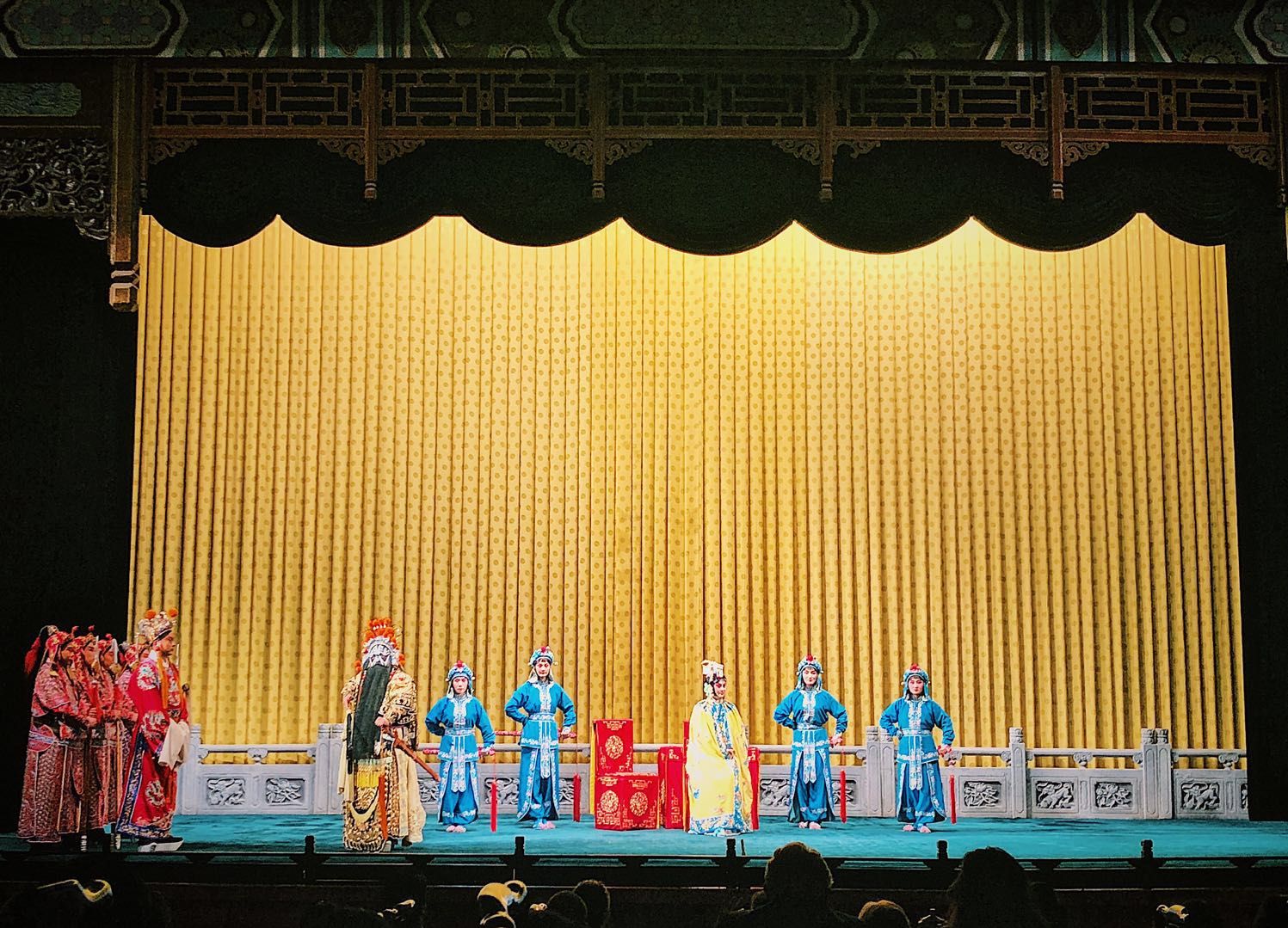