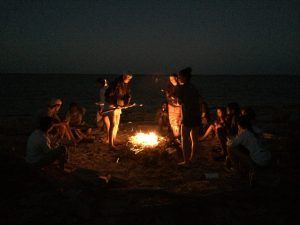 Bailyn Prichett (’19) & Erin Tudryn (’18) recount their last day exploring the marine environment around Eleuthera and share some take aways from the trip, including what they hope to do once back at DA.

We woke up to a blazing sunrise and headed out for our Run-Swim, which consisted of swimming across four coves, with short runs, exercises and obstacles in between each swim. This included lifting rocks as weights, scaling a wall, and jumping off a cliff. Before jumping there, we scanned the water and noticed two fins coming towards us. Alarmed and curious we waited for the marine creature to expose itself. To our astonishment we watched as a beautiful eagle ray, coated in incredible spots, glided through the water. Once the ray passed we continued our Run-Swim by jumping off the ledge and continuing to swim across the cuts. When the run was complete we touched the Island School flag pole (flying the Bahamian flag) and gathered around for a glorious “Aga Chi,” in typical Deerfield spirit.

After eating breakfast, we set out in vans in an attempt to catch sting rays in an ocean “creek.” This meant wading through the water, spread out equidistant in a line that stretched across a half-mile shallow estuary. As we stumbled through the water over uneven sand, we began to lose hope that there were no rays to be found. Just as we were about to turn back, one of the researchers assisting us spotted a dark circle. We began to shuffle towards the mysterious creature in the “sting ray shuffle” we’d learned moments before. To our surprise, there was not one but two sea turtles in the creek with us. Creating loud splashes in order to steer the sea turtle in the direction of the seine net, we managed to catch one of the green sea turtles native to this area. Often times, juvenile sea turtles stay within creeks similar to the one that we were in, stay until they are more mature, and then head to the open ocean. We then allowed the sea turtle to go and continued to wade through the waters.

Our water adventure culminated at a coral reef where we learned about coral and the habitat that they give various marine life. As we sat on the beach, we learned about the importance of coral to the marine environment: it provides a home to 25% of marine life despite the fact that it covers less than 1% of the ocean floor! We then strapped on our fins and snorkels and headed out to the reef to snorkel in search of various reef fish and species of coral. We were lucky enough to see parrotfish, wrasses, damselfish, brain coral, elk horn coral, and fan coral, to name a few. Our leader, Casey, then swam out to find the elk horn coral nursery that the Cape Eleuthera Institute had set up in order to try to rehabilitate an almost extinct species of coral. As the cold temperature of the water began to hit us, we headed back to the beach and hopped in the vans, concluding our marine adventures here in Eleuthera. 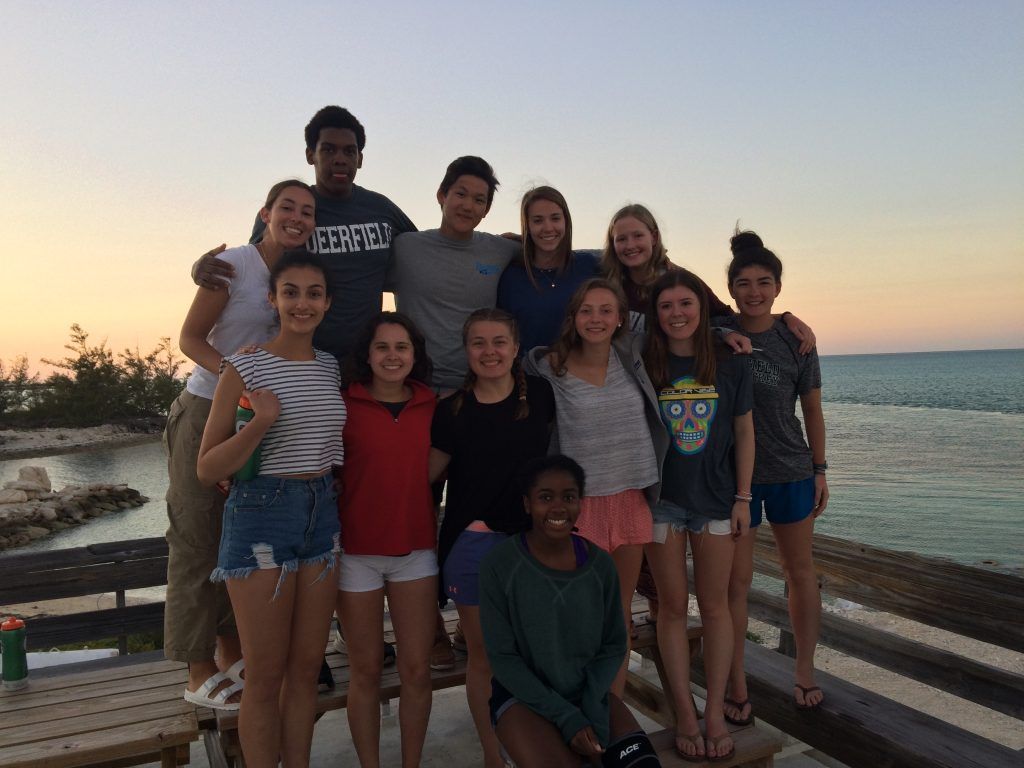 Our incredible week in the Bahamas came to an end around a beach campfire. We toasted marshmallows (despite the single use plastic), reflected about our experiences, and sang The Evening Song. As we reflected, many of us shared how shocked we were to discover the carbon footprint and unsustainable methods that we use everyday. From taking a shower to opening up a bag of chips, we are slowly harming our environment. The sustainable methods that the CEI has implemented are able to make a difference in Eleuthera but the question that we are all asking is what difference can we make at Deerfield Academy.

Some methods that we have learned and hope to bring back with us include:

Despite the low tides of the trip (including clogging the toilets numerous times-we let it mellow a little too much), our group truly learned more than we ever expected to, and hope to use this new knowledge to make an impact, no matter how small, on the world around us. 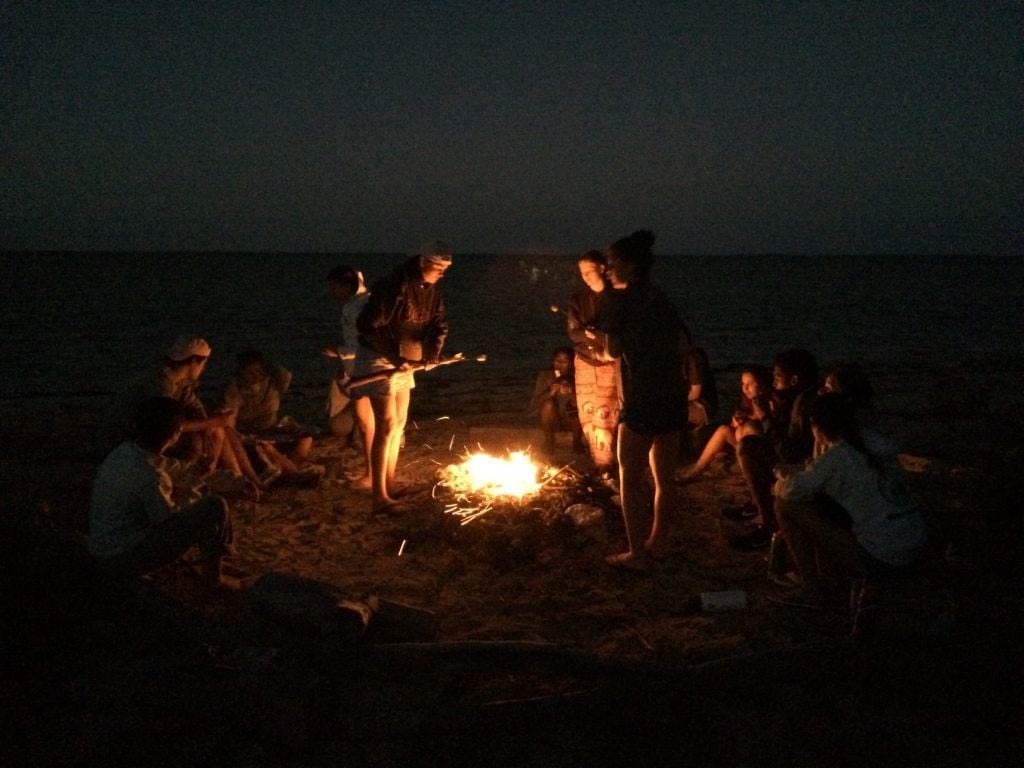