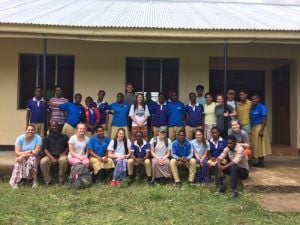 After a relaxing two days spent trekking the Serengeti, the rest of the group and I were back at it today doing work on our community service project with the kids at Joseph and Mary School. While we’ve been here, we’ve had the pleasure of working with the seniors, or as they call them 4th formers, on a community wide project. At JBFC, permaculture and getting the most out of the land and soil is very important to the workers and students here. This is shown by the several dedicated staff members who give up most of their day to farm and cultivate the land. They work every day to keep their plants living and producing nutrients.

While permaculture here is highly valued, community service and outreach to the surrounding towns is also an integral part of the foundation of JBFC. While we have been in Tanzania, a few upperclassmen teachers put together a project for the Deerfield and Form 4 students. After meeting one another, we split into 4 groups of 6, and we were each assigned the task of helping to spread the ideas of permaculture. Specifically, my group had the idea of creating a starter pack that would be distributed to the members who reside in the surrounding community. It would include seeds to plant and the necessary tools in order to sustain those plants, such as chicken wire to protect against animals, watering cans and instructions on planting and harvesting. 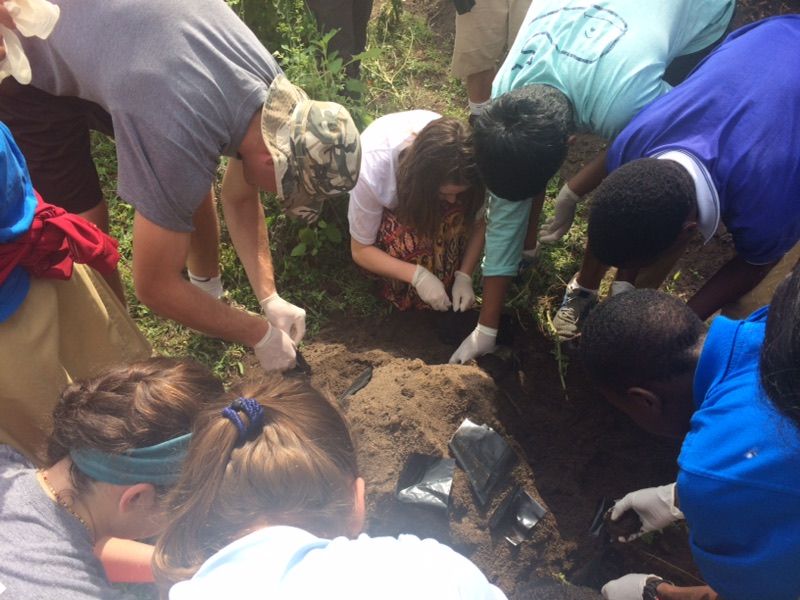 Making seedling tubes with the form 4 students for community service.

Working on this project with people who live in the immediate area has shown me how much these high schoolers care about the people who live in their community. The Joseph and Mary School has preached that those who can sustain a small farm can have enough to feed their family and farm animals. The students here have really taken that to heart and have shown themselves to be proactive by conjuring up ways to effectively distribute the necessary materials. I am very thankful to be taking part in something that means so much to not only the staff at JBFC, but also the students. We also hope that our ideas can transform into something greater in the broader community. 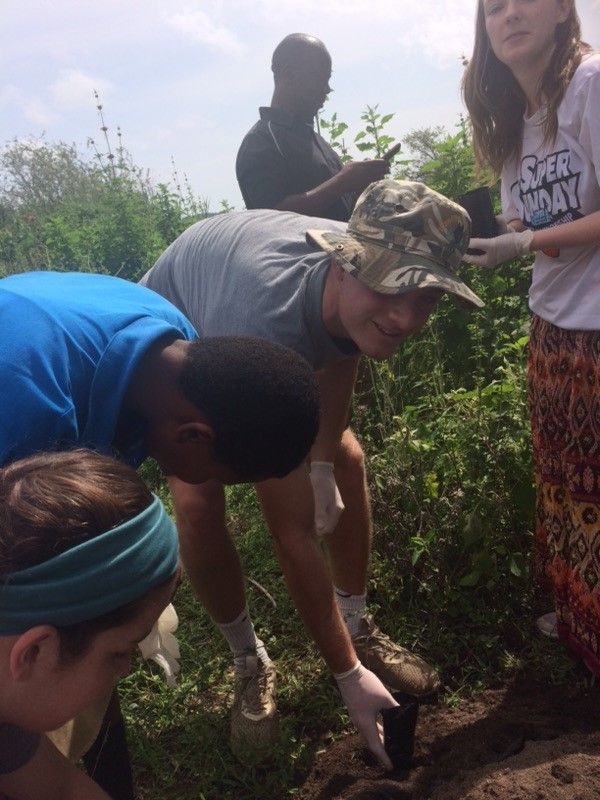 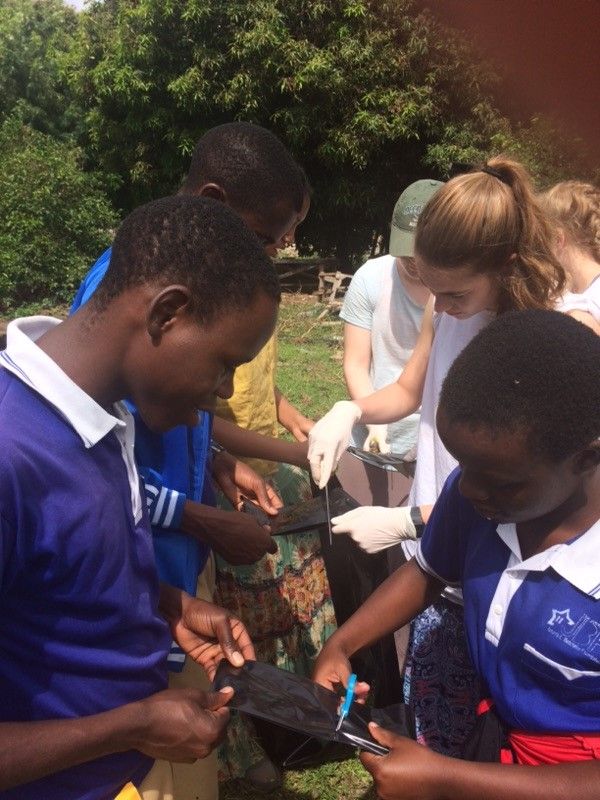 I am not a vegetarian, nor have I ever claimed to be one, but this afternoon as we attempted our “harvesting” activity, I momentarily thought of giving up meat. Don’t worry. It was ephemeral. Today, as we set out from the guest house porch towards the hill that holds the JBFC chicken coop, I thought I was prepared. I have experienced many stages of food preparation, including planting, cooking and a whole lot of eating. One thing I have not experienced in my time here or in my lifetime is the harvesting aspect of food preparation. My experience was limited to the blueberry picking I did as a kid in the expansive fields in Maine. This was harvesting of a different kind. We weren’t picking fruits or vegetables; we were preparing chickens. By preparing, I mean every stage. It began with killing the chicken – an event I am glad to have experienced but will not be looking to experience again.

While I will spare you all the details, I will say this: I thought I was prepared based off the stories my friends shared from last year. But I was not. Long story short, there was blood and movement after death which are, ultimately, the two aspects I can honestly say I never want to relive. I thought that would be the end of it, and we would be able to recover with some nice kale picking. Again, I was wrong. After the killing came the plucking and the de-gutting, which were not ideal, but at least the chicken was dead. As I said previously, I have never been well-versed in preparing food, but after following the process all the way to completion, I have an even stronger admiration for the preparation of food in general and meat specifically. My face scrunched with a twinge of horror as I watched others preform the same action – killing the chickens one by one. Mr. Jonas, witnessing my horrified expression, offered a chuckle saying, “Tomorrow we have a cow.” “Not all of us can be pros, Jonas,” I chuckled back.