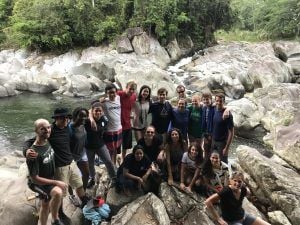 Today marks our departure from the Mamoni Nature Valley Preserve. We began our day by analyzing the research we had collected from the past four days. Splitting into groups, we were able to view the collected data through three lenses: social, economic, and environmental. It was challenging to focus on specific aspects and take into consideration the plethora of factors that influenced our data. However, it was also extremely rewarding to be able to understand the larger implications of our research on the communities around Mamoni. The discovery of the first phyllophaga and sweat on our brows suddenly seemed much more worthwhile as our findings were projected in a larger context. The dance party breaks also came frequently as groups better grasped the usage of computers (it’s been too long). 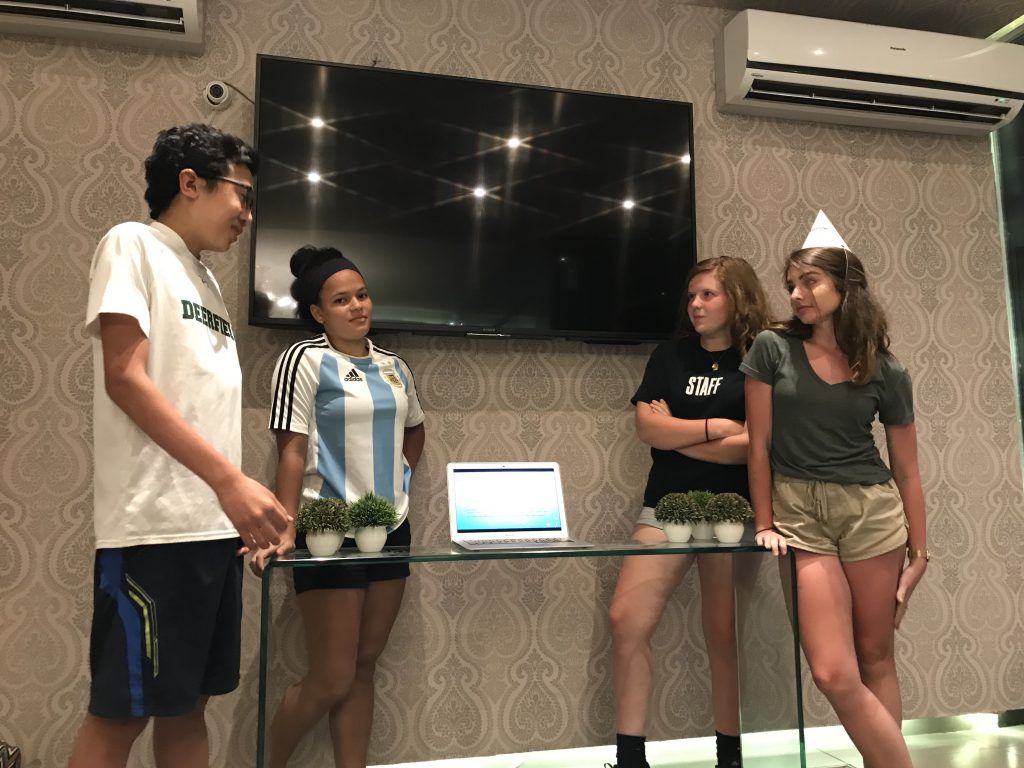 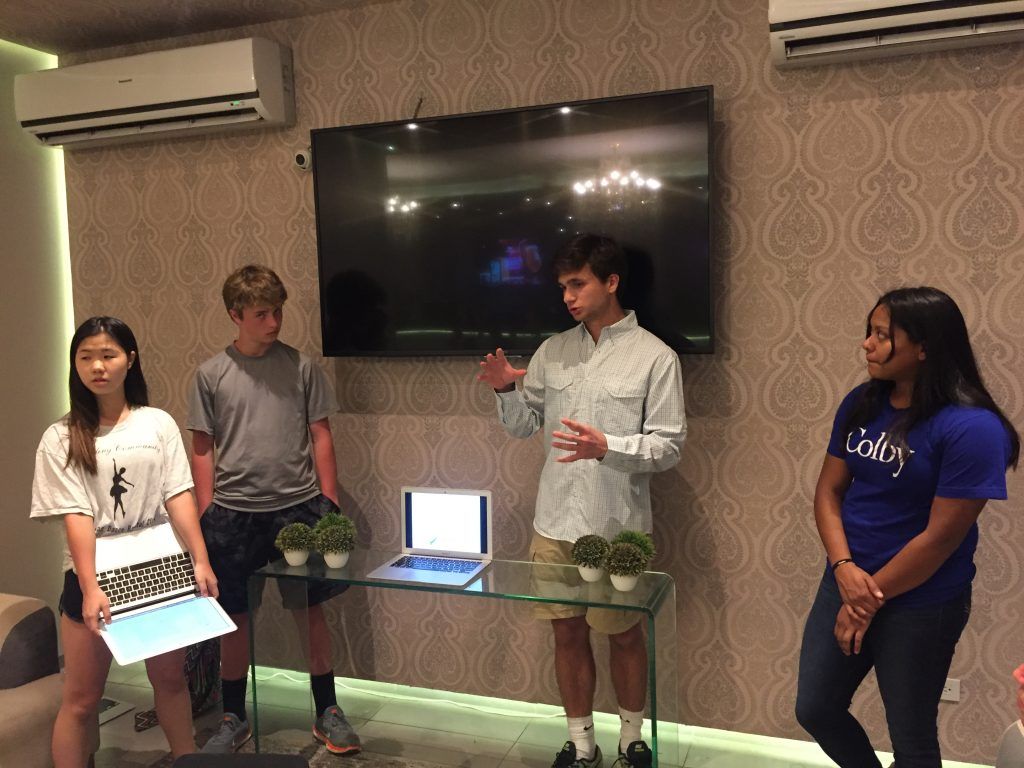 We then had to bid adios to the children and puppies at the Mamoni Preserve. Saying goodbye was harder than we had realized. Seeing Nicole, Mati, Esmerelda, Leila, and the rest of the staff and children each day at Mamoni had been, in many ways, the most memorable part of our stay. 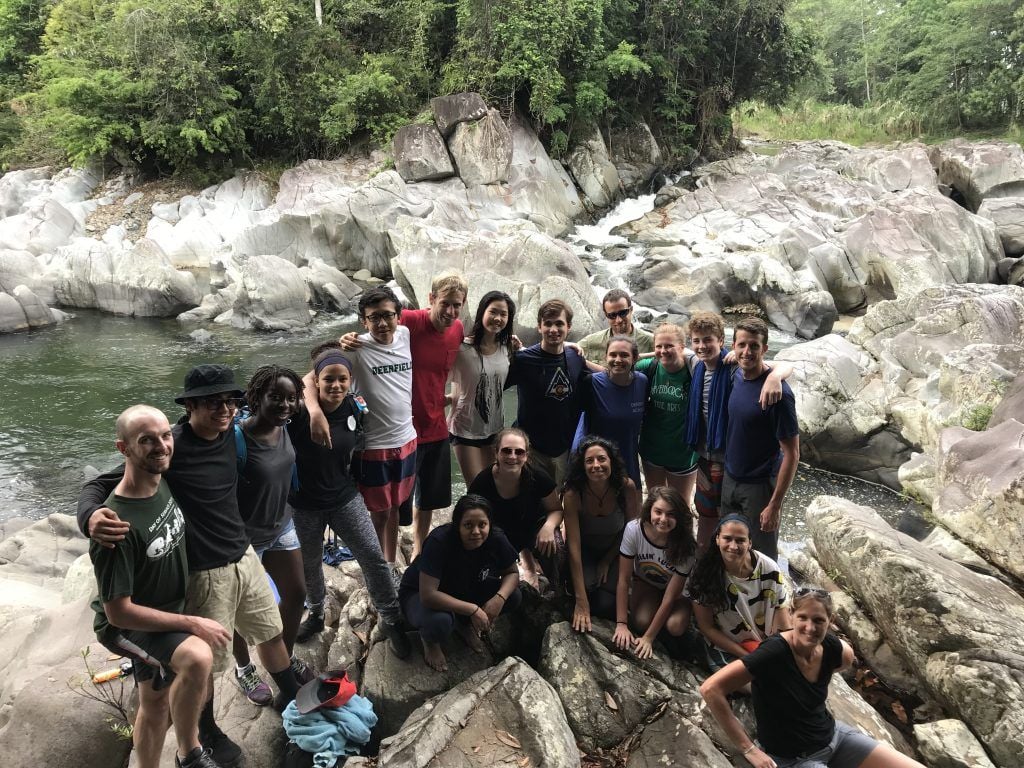 Leaving Mamoni, we embarked on our journey to Jungle Falls, where we would later spend half the afternoon. The sightings of a baby boa constrictor and a toucan at the falls was exciting. Walking through a dense patch of woods, we were greeted by the idyllic sight of the waterfall. Students jumped into the water eagerly. We also were able to see a baby caiman (almost stepped on by Mr. Sakasch). All in all, we spent three hours at the falls exploring and relaxing; it was a beautiful and serene way to end our experience at Mamoni. We enjoyed 20 minutes of silence, spread out around the rocks of the falls, as we admired our surroundings and reflected on our time at the preserve. Everyone left the falls in high spirits, excited to return to the city.

We arrived in the city to a bittersweet goodbye to the trip leaders in Mamoni: Nico, Anna, Ezekiel, and Guillaume. All of them had welcomed us warmly (literally and figuratively) to the Panamanian jungle, guiding us in our research and introducing us to the quirks of the jungle. Their extensive knowledge and keen eyes never failed to astound us (if you’re reading this now, we miss you!).

To end our day, we enjoyed dinner and ice cream (special shout out to Madeline as she turns 18!). We are all ecstatic to begin our last day in Panama tomorrow! 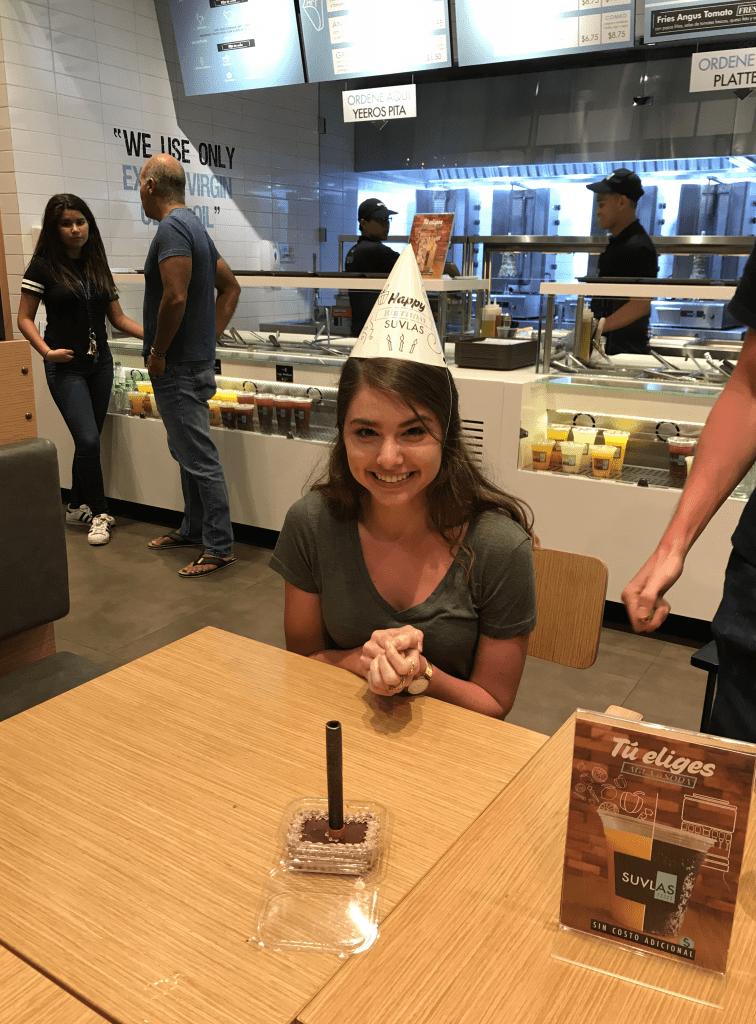