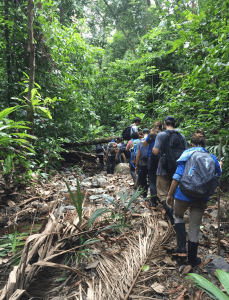 Ellie Shilling (’21) and Alex Alijani (’19) reflect on the rewards of hard work after completing their research project, a long hike, and ending their time at Mamoni.

Today was the perfect way to end our time at Mamoni. We began our day with a beautiful breakfast of oatmeal, eggs, fruit and a traditional mash of plantains, cinnamon, nutmeg, sugar, and coconut cream known as Mecina. This morning was better than most as we had become more accustomed to the routine of waking and sleeping with the sun. We then headed out in our fleet of pickup trucks to continue our research. Today we finished off the remaining six plots in the cacao field. This was rewarding because these plots were more “wormfull.” We learned that sometimes tedious work can add up to greater, and more fulfilling rewards. This was also shown in our hike to a waterfall later in the afternoon.

Alex really wanted us to mention that it was taco lunch today. He gave a very helpful burrito rolling tutorial as he is an avid Chipotle connoisseur (Sausages were involved). 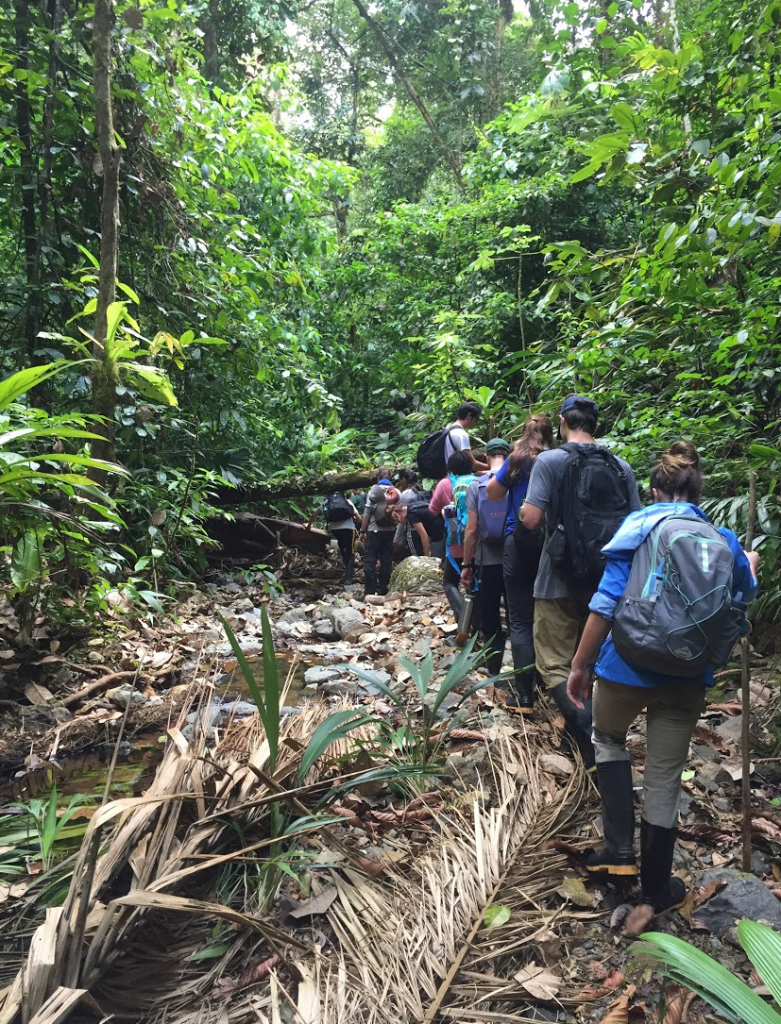 Now back to our hike. The hike today was more challenging than the one before, though it was not as hard because we knew what to expect. It was surreal to see all of the biodiversity amongst the plants and animals in the rainforest. After about an hour and a half, we reached our reward, a waterfall. It wasn’t as large as expected, but was still a phenomenal way to cool off. We were even told that the pool we swam in is common for the local jaguars to drink (as seen by Mamoni’s cameras). We then ventured back to our campus and took a quick swim in the pool before preparing for dinner. 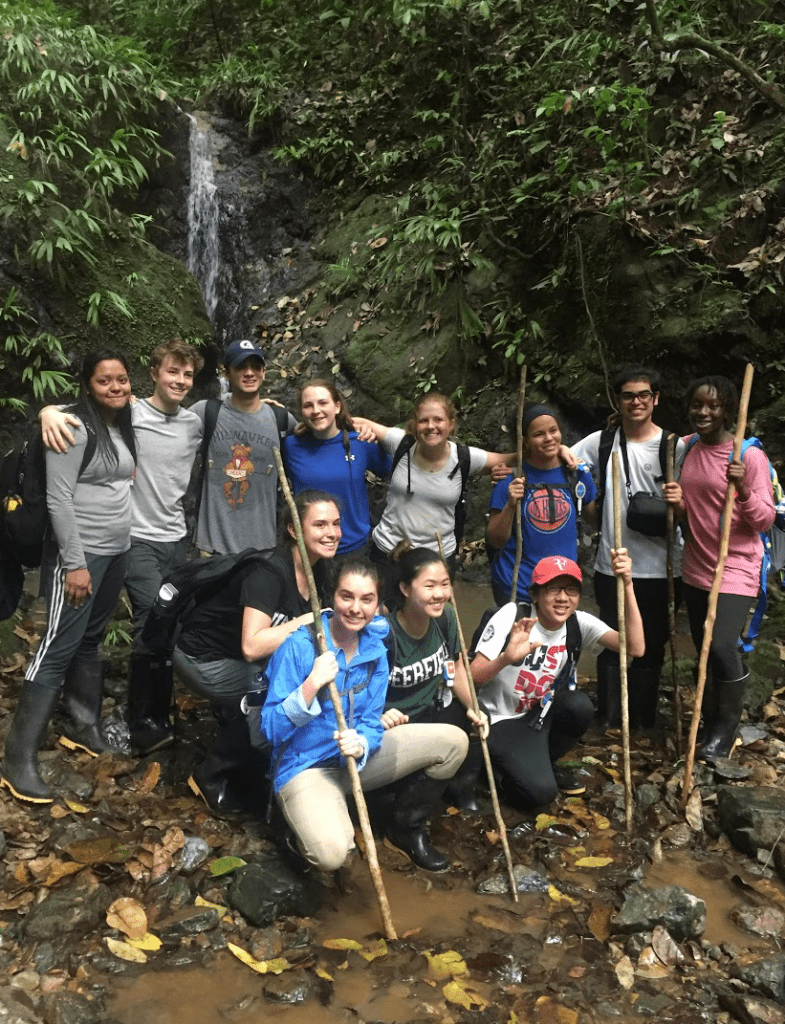 After enjoying a good meal including fried yucca (similar to fries (fri-time!)), we began our talent show that we have been preparing for what seemed like weeks. There were amazing performances including: poems by Izzy, a dance by Nick and Claire, Cotton Eyed Joe by Ellie, Alex, Anne, Madeline, and Kate, magic performed by Davis and David, step performed by Steph, and finally, singing by Nafi. This talent show was memorable because we got to know our peers on a more personal level, seeing their passions and gifts. After a dance party, we received a salsa lesson from Anna, the manager here at Mamoni. This helped us to fulfill a lifelong goal to learn how to dance. Jumping on the floorboards surrounded by friends old and new was the perfect way to end our last night here. Following our dancing spree, we sat down as a group and shared our rose-bud-thorns and indulged in a last night treat of s’mores. Although we are sad that this adventure in the jungle has come to an end, we are anxious to see what activities our trip leaders have planned for us in the city! ¿Una discoteca probalmente? Just kidding 😉 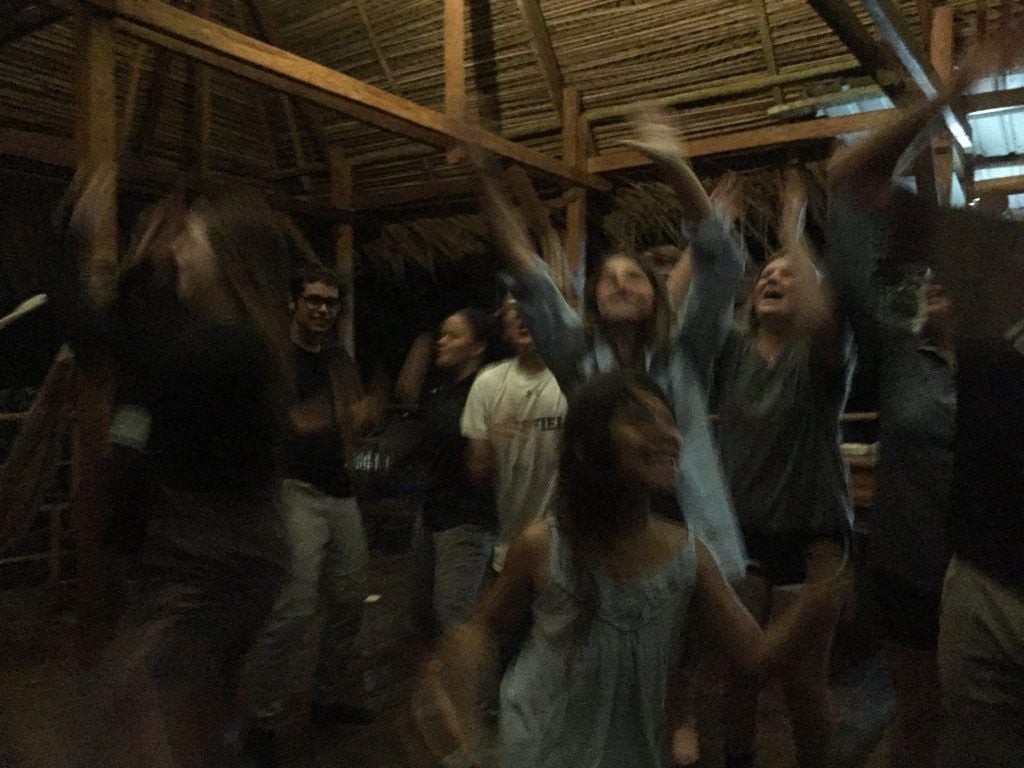