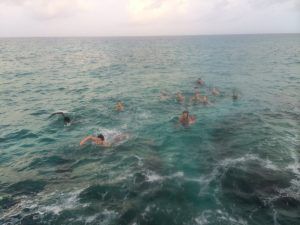 Our morning started off with a refreshing jump off of high rock into beautifully clear waters. This was followed by a return to campus and a healthy breakfast. The next adventure took us to a creek. Our objective here was to help the turtle research team at CEI capture turtles. Here we learned that it was important for a high tide to be present, as the turtles will only enter the creek at a higher tide. The tactics here were similar to those we used to capture rays. The turtle research team went before we did and set up a seine net to capture the turtles, while we waited behind and formed a scare line. However this capture was different because it was important for us to make noise. Initially we silently encircled the creek, but afterwards we yelled and splashed loudly in order to scare the animals towards the net. As our scare line began to near the net, the research team encircled the net in front of us and trapped the turtles. Our heroic efforts bagged 13 total turtles, including small and large turtles. 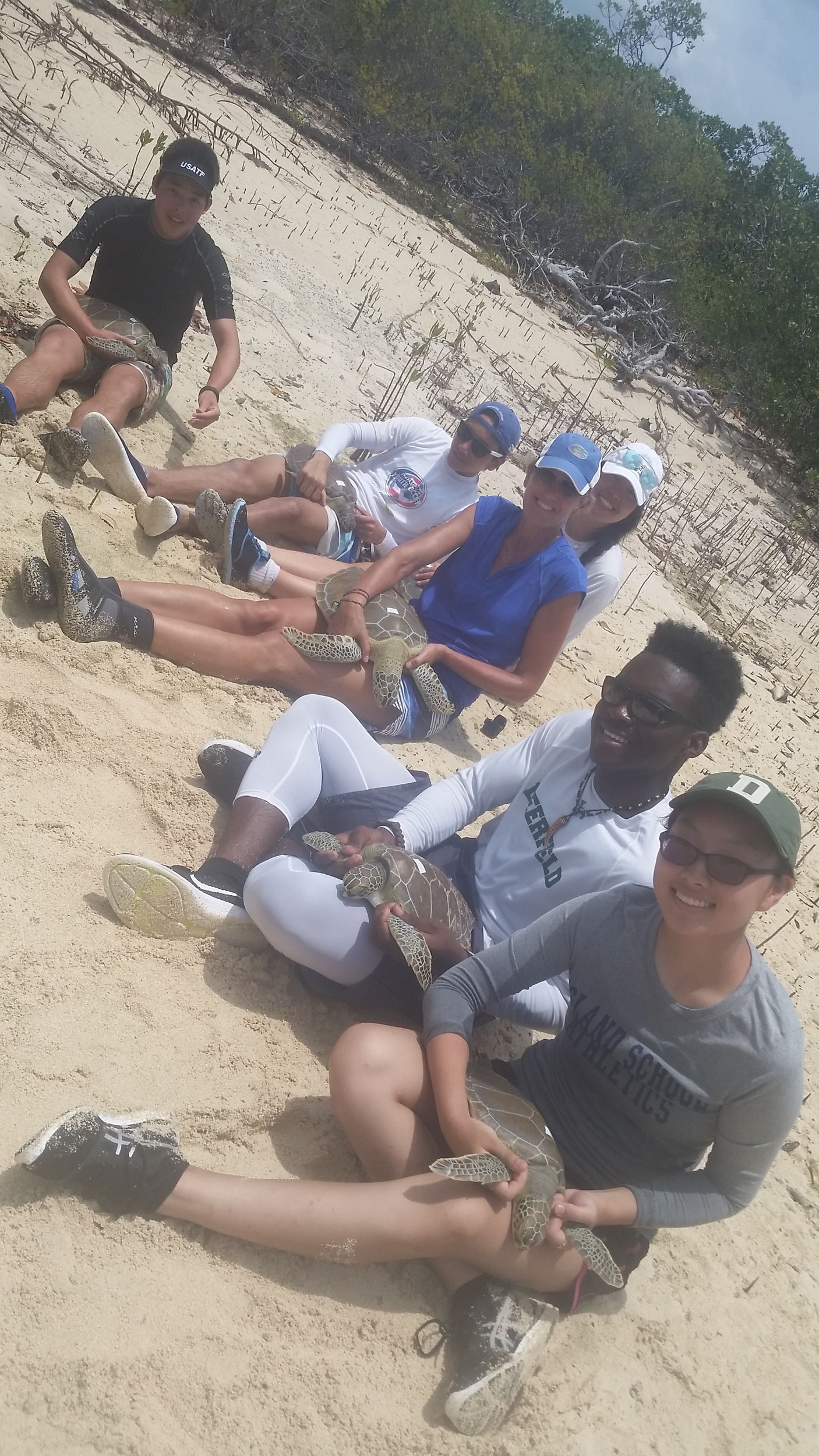 The Bahamas are an important location for turtle research because the turtles we find here are in their juvenile stages. Most often, data collected about turtles is on adult females or babies, since it is easy to catch them on a beach, but since turtles in the Bahamas are primarily juvenile it provides unique and important data. There are three species of turtles found in the Bahamas, consisting of Green (IUCN – Endangered), Hawksbill (IUCN – Critically Endangered), and Loggerheads (IUCN – Vulnerable); however, we only caught green sea turtles. We took them up to the beach and held them on our laps and used our legs as a rest for their heads. Some turtles were exceptionally feisty as they tried to flap their way to freedom during measurement taking and tagging, however we managed to keep a hold of all the turtles. In the end we returned all of the turtles to the ocean and returned to CEI happy that we had been able to handle these wonderful creatures of the sea. 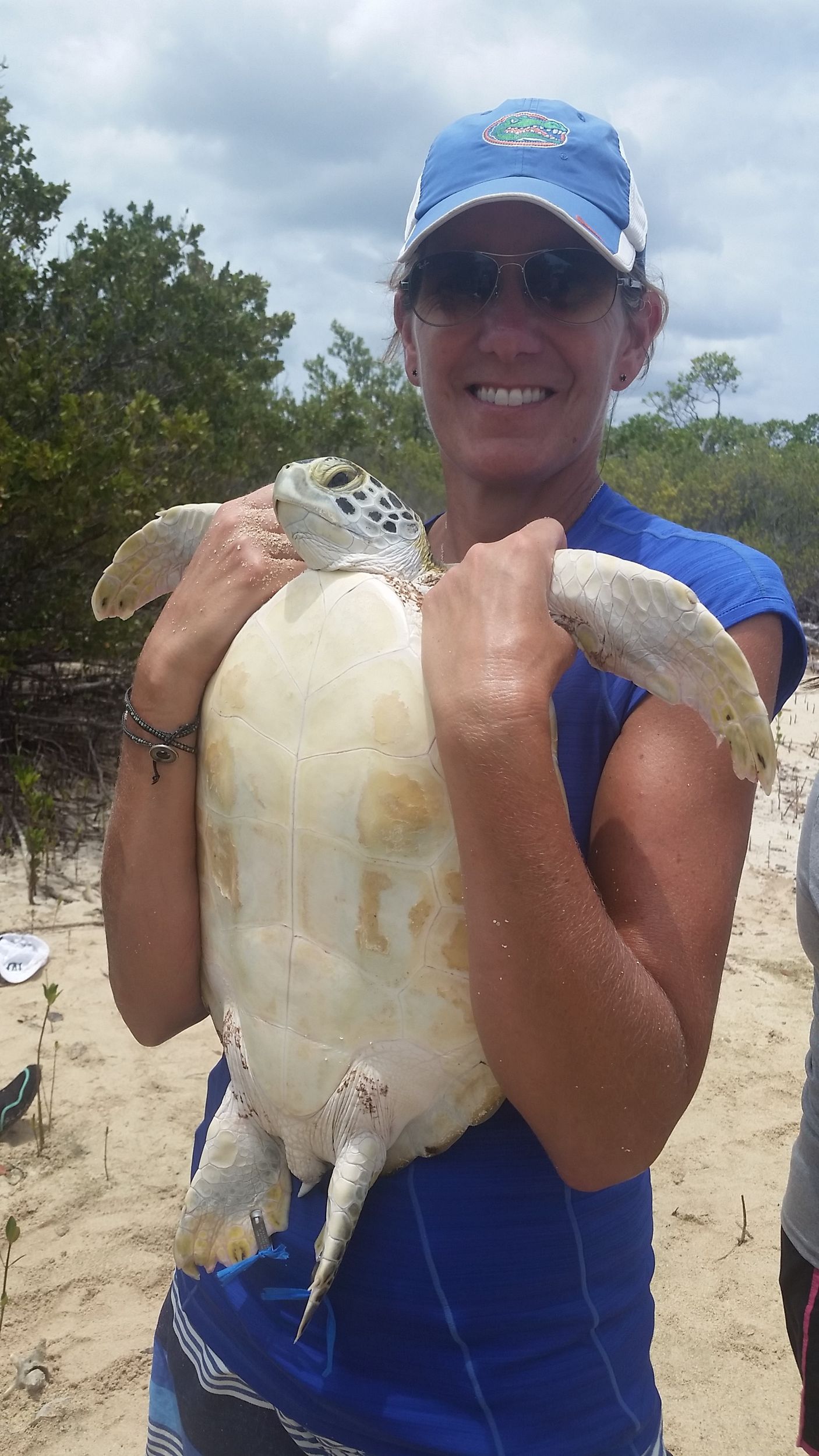 After our exploration of sea turtles, we made the journey back to the Island School. After dinner, we had a great presentation about lion fish. This invasive fish species is very interesting and we even had the opportunity to dissect them! We carefully cut off the venomous parts of the fish and inspected the inside’s of the lion fish. Listening to the presentation and being able to dissect and see the lion fish in person, enhanced our learning for the invasive species greatly. 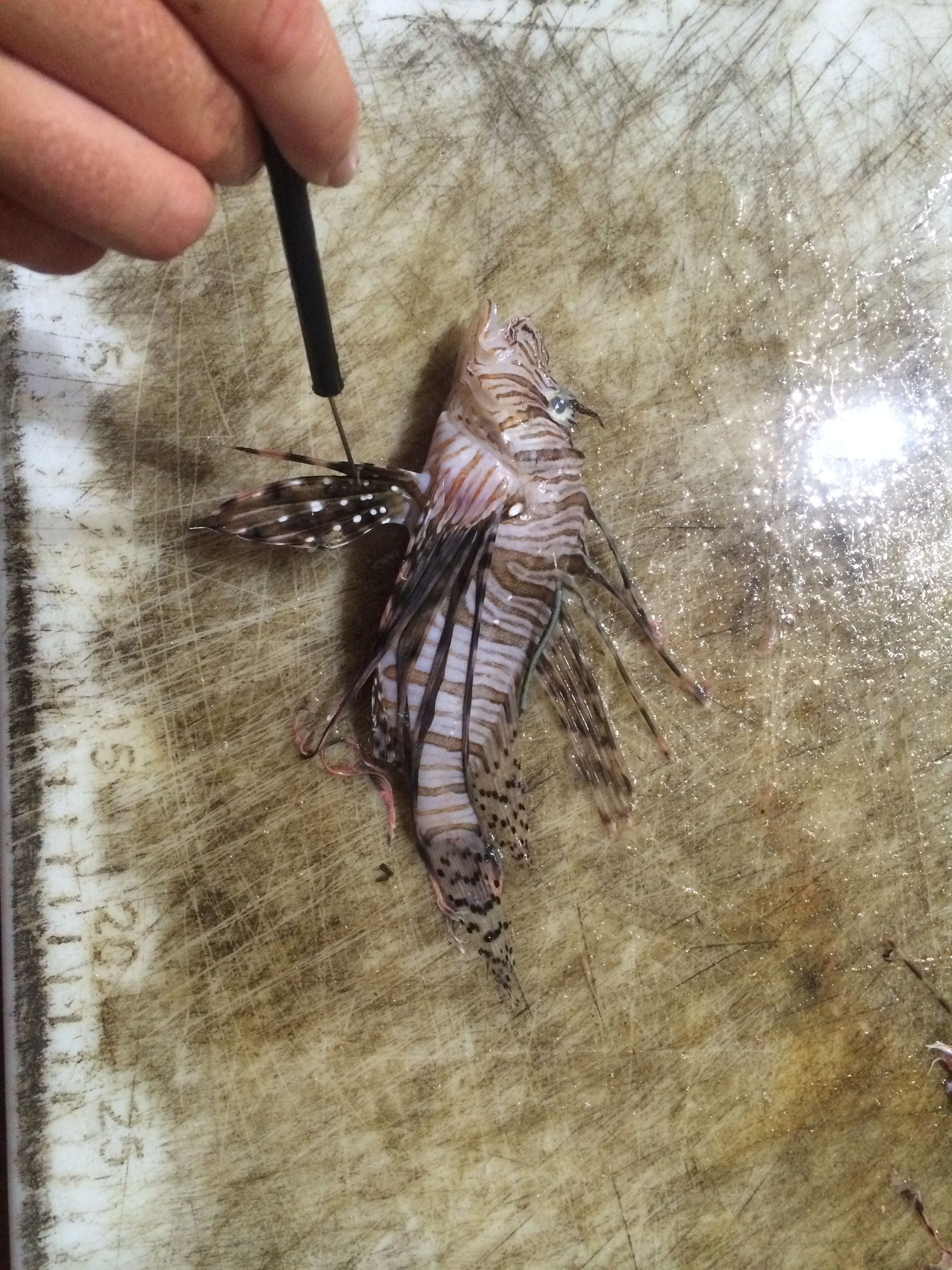