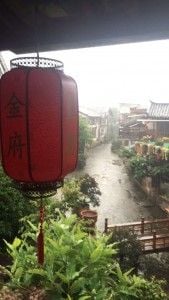 Brian: Our first real day in the Yunnan province was permeated with incredible cultural sights and experiences unlike anything before. With 25 different minority races that make up 40% of the population here, Yunnan takes the throne as the most diverse province in China.

Our morning started early with breakfast at 7:00 AM. It was here that my most embarrassing moment of the trip occurred. I had opted for the juicy looking noodles and was standing in line waiting for something, although I didn’t know what. Two other locals were also there and doing something to their noodles and so I decided that it was probably best to follow the example of the locals. I started piling on sauce and vegetables onto my noodles, when the chef and the two locals started talking to me. Between my level of Chinese and their differed dialect, I managed to ascertain that they wanted me to put the bowl of noodles back down and grab a new one. I was completely unaware of why I should or would ever do that, and tried to convince them in Chinese that I was okay with my bowl and they shouldn’t worry too much. They gave up, rolling their eyes and walking away. As I got to the noodles broth, I realized that they wanted me to get a new bowl because you needed to put the noodles as a whole in the broth. Embarrassed and shameful, I put the bowl down in a corner and grabbed a new bowl, hoping this time to not repeat my mistakes. Never again. 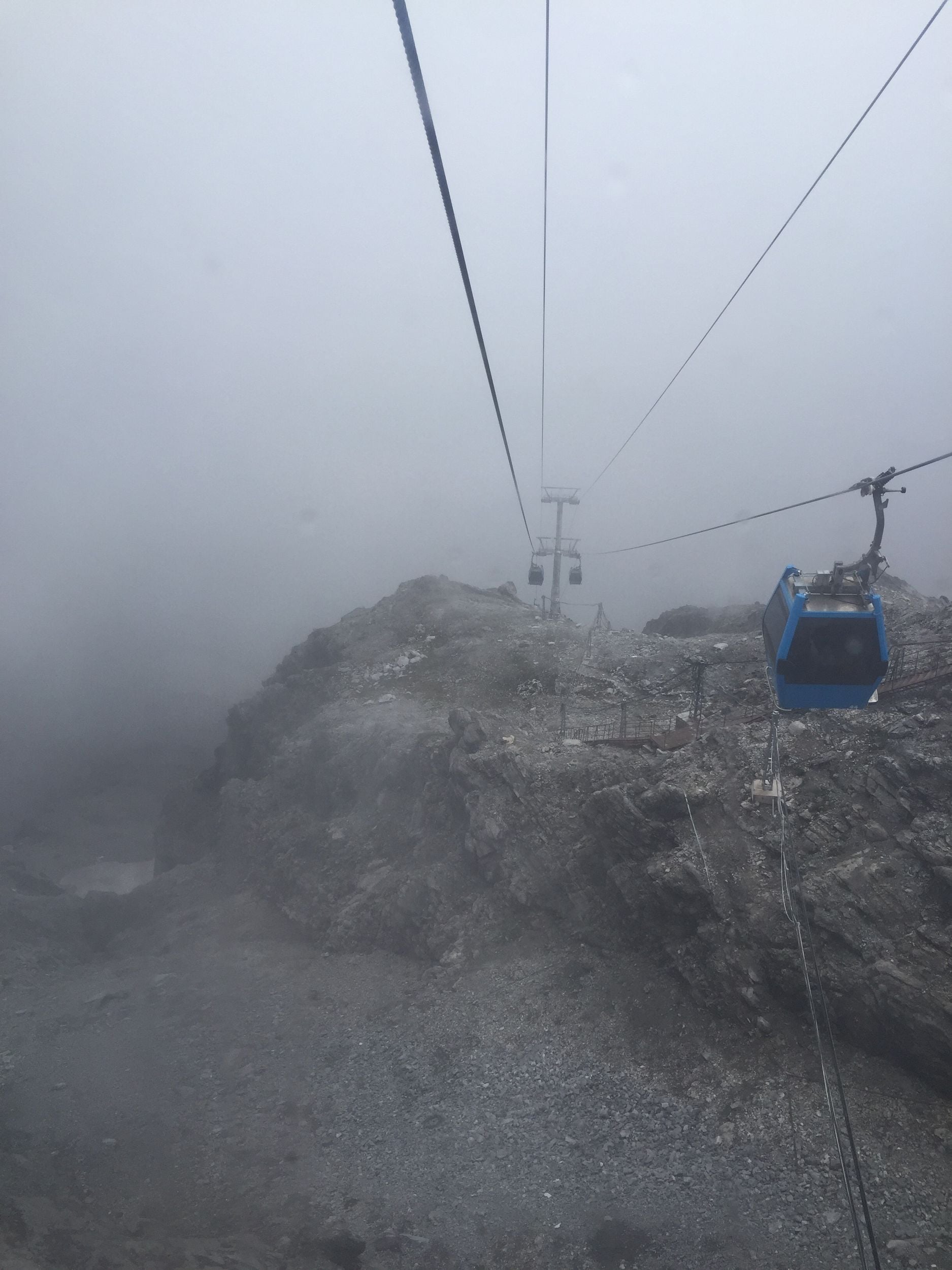 After breakfast, we took a trip to the Jade Dragon Mountain, one of the most important mountains in Yunnan. To the NaXi people, a local minority, it is their most sacred mountain. The mountain has a gondola going most of the way up, with a long staircase near the top that would take us as far up as we could go. Climbing to the summit is banned because of the dangers it poses. However, the farthest tip where we could travel was incredibly beautiful. Near the top of this sacred mountain we were engulfed by clouds, yet the sunlight managed to highlight all of the mountains jagged outcrops and imposing height. It was bewildering to feel so small. After our descent from the mountain, we attended an act held by some local minorities. The troupe consisted entirely of minority actors who were doing this as an odd job. Many of them were farmers or herders or primarily worked elsewhere. The act, using the Jade Dragon Mountain as a backdrop, displayed multiple acts of the local traditions and culture. In one act, they imitated their alcohol culture, where the men get drunk and stay overnight in the bar while their wives come to retrieve them in the morning. In another, they rode local horses, which were almost as small as ponies and held an impressive display of standing on their mounts. 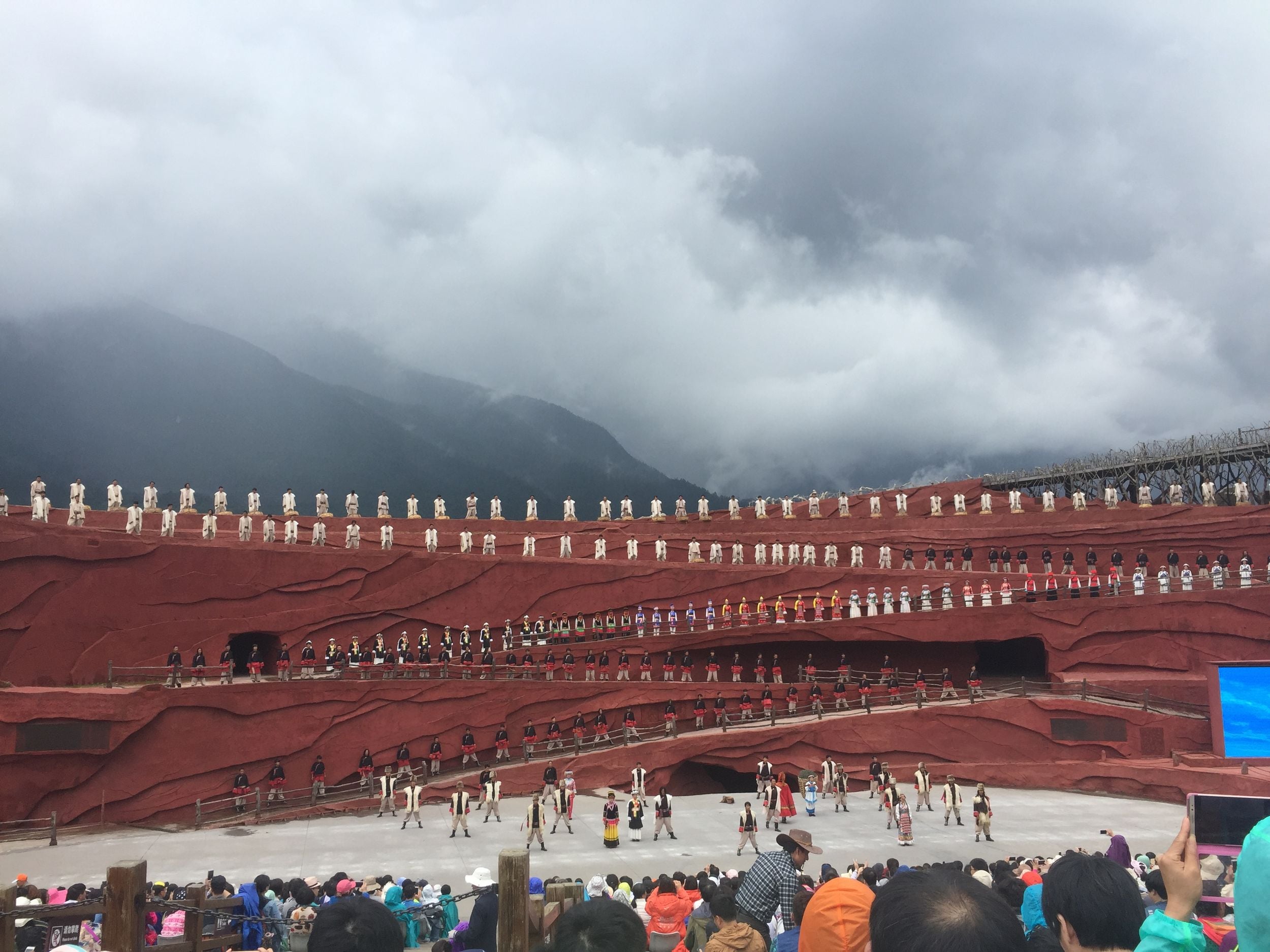 The night was even more interesting, as our dinner was at a local Tibetan restaurant and was followed by a walk through the ancient town. The ancient town consisted of many little shops selling all sorts of local things such as traditional hairstyles, drums, silver, meat-sticks and jewels. It was here that for the first time in my life, I tried an assortment of fried bugs. At first the lady selling them tried to give me an assortment of five different bugs in a bowl, but I asked for a few of a singular, unidentifiable insect instead. It was incredibly crunchy to say the least. After I finished my first bowl of said insects, I went back for the full deal. A bowl of fried grasshoppers, larvae, meal worms, unidentifiable insects, and unidentifiable larvae. I was shocked at how surprisingly good the mealworms tasted. Although covered in a multitude of spices, they definitely tasted better than the rest of the insects.

If you want to experience a China like no other, Yunnan is the place to be.

Colman:  My Chinese name is pronounced da-shan; it means big mountain. Today, I was among my people and soared using a cable car and my own two feet to almost 15,000 feet above sea level. When I got to the base camp, I noticed that everybody around me had a can of oxygen to help their lungs. I could feel the difference in density of the air; however, I was still going strong in terms of mental focus. Following a couple of group photos, we began to split up: some people went quickly, some people rested frequently, and some of us didn’t even go at all. I started up the stairs, and I immediately knew that my legs weren’t going to feel as attached to my brain. We made it to the halfway point and there was a little store that sold little snacks, water, Red Bull, and cans of oxygen. Nicki and Kate split a can because it was 100 yuan but Cam and I pushed forward without any substances. We stopped after a large flight, and there were many benches to rest on for a couple of minutes. During our regroup before the last, large staircase, we hear from up above Kate yelling, “Colman, Cam, hey.”

Cam turns to me and stands. “Let’s go,” I agree wrinkling my eyebrows. We took it one step at a time at the beginning and then two steps shortly after. Keeping our head down and focusing our mind over the current situation, we passed tired walker after tired walker and reached the apex just after they did. I don’t know what kept Cam going especially without concentrated oxygen; I guess he’s just that kind of person who loves the experience that only his body can feel. I also thought it was worth it to test the mind, and I just wanted to breath the air of my people, the thin, withering air that only da-shans can handle.