Orra White Hitchcock taught natural sciences, painting, and drawing at Deerfield Academy from 1813-1818. It was during this time that she created the painted herbarium, a 64-page album of watercolors depicting roughly 175 local flower and grass specimens. The herbarium is based on her husband Edward Hitchcock’s (Deerfield principal, geologist, and third president of Amherst College) native plant collection.

“She rendered these with the directness of a trained scientist, seeing them freshly as natural forms that she observed objectively. Her flair for the decorative made her alert to the way a drawing fits  on a page while exposing a plant’s parts crisply and lyrically… Orra’s drawings are not pieces of folklore, nor are they clumsy attempts at fine art rendering. Rather, they are skilled work of a unique kind. She became a professional who was proficient in her own manner. Orra merged perceptual objectivity with the flattened spaces of a decorative artist, the work of a scientific illustrator intent on providing visual specimens.” — from Orra White Hitchcock, An Amherst Woman of Art and Science, by Robert L. Herbert and Daria D’Arienzo 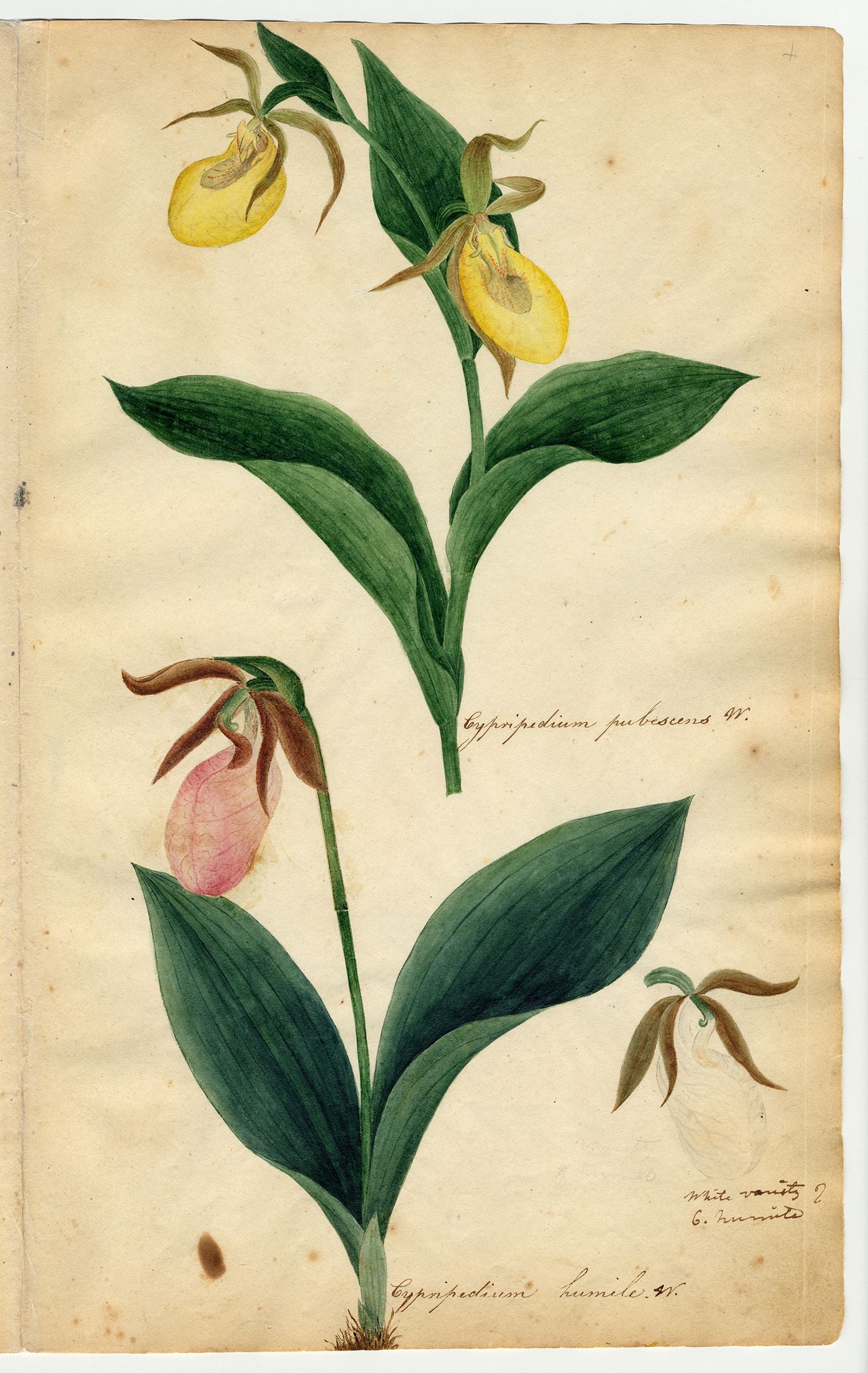 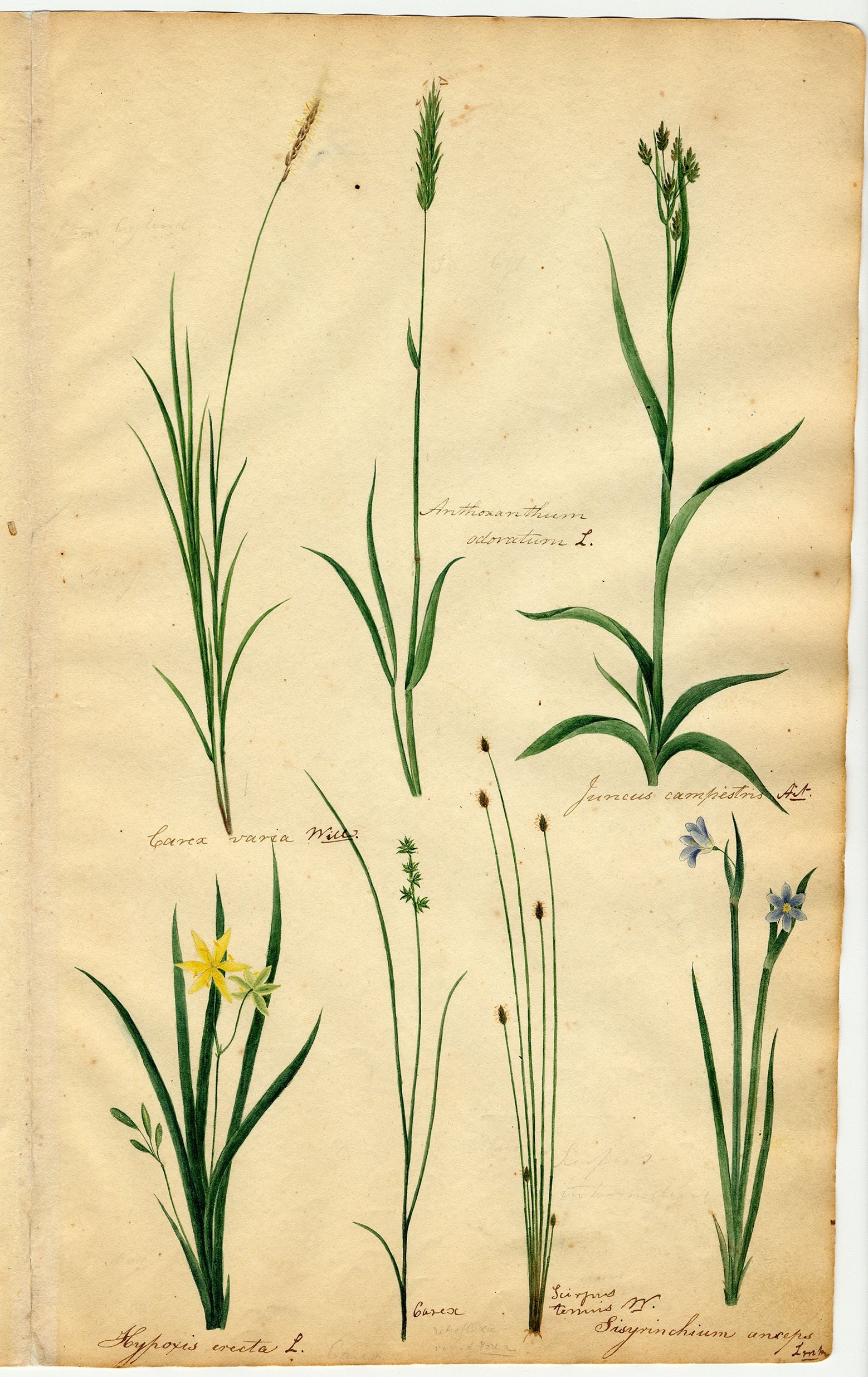 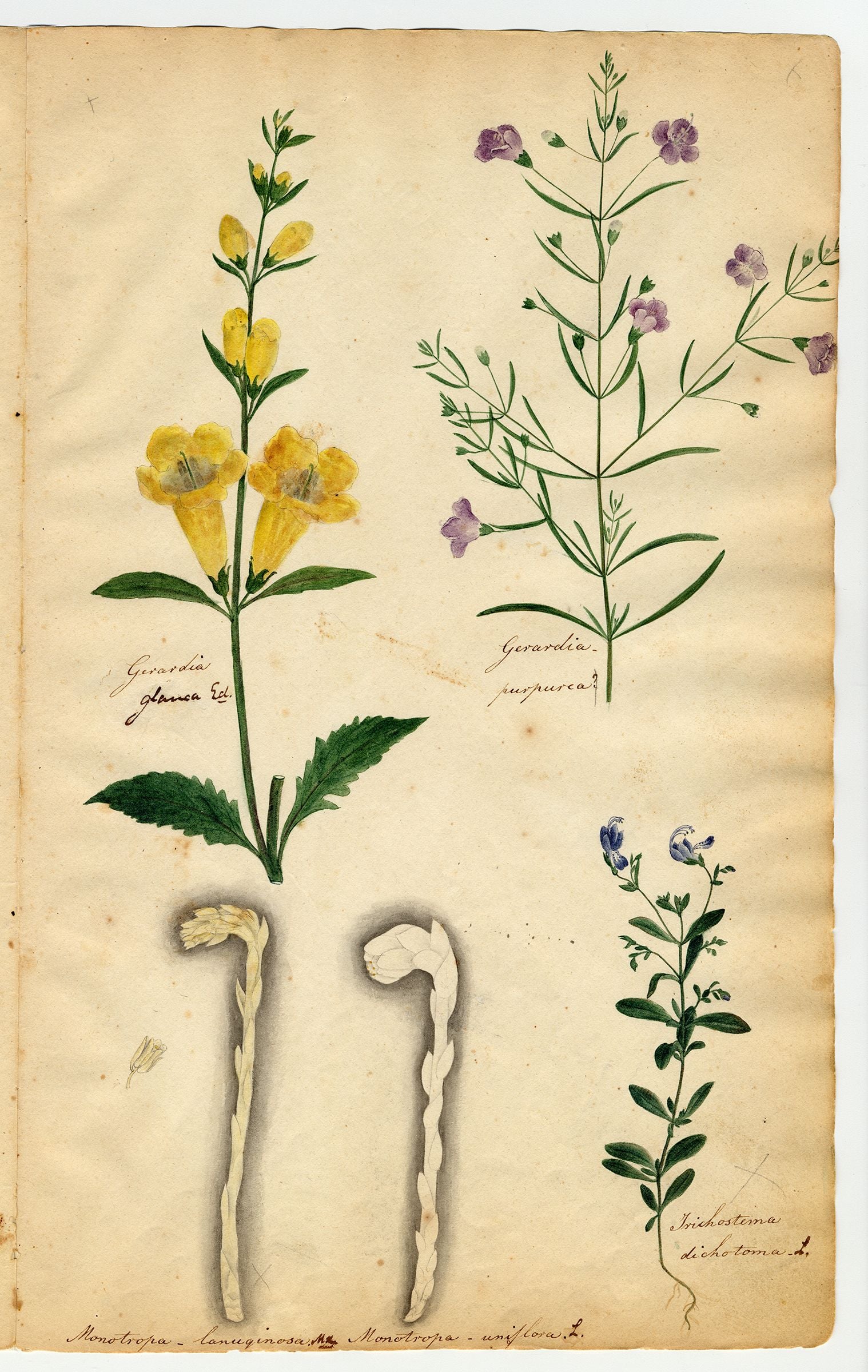 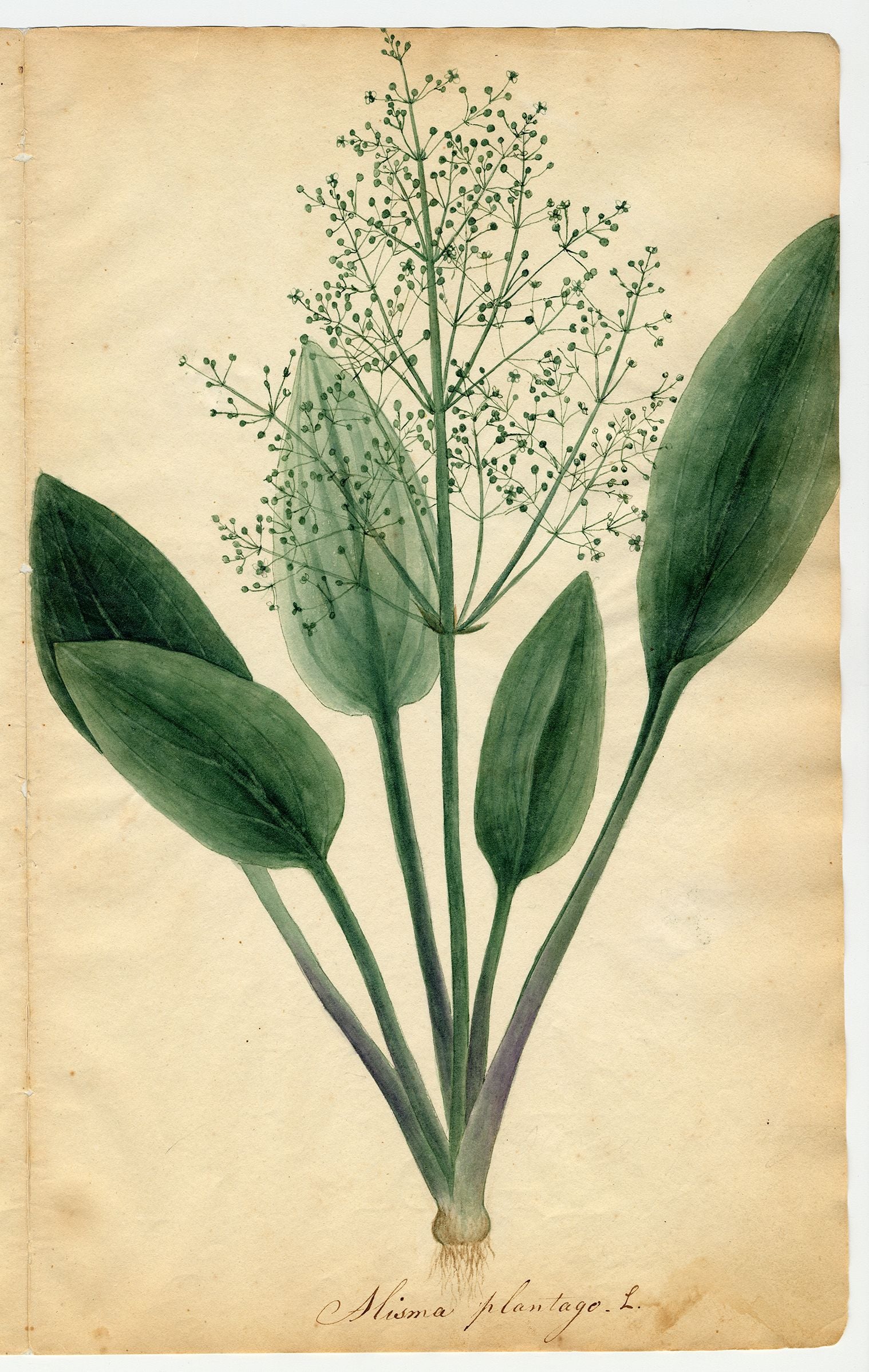 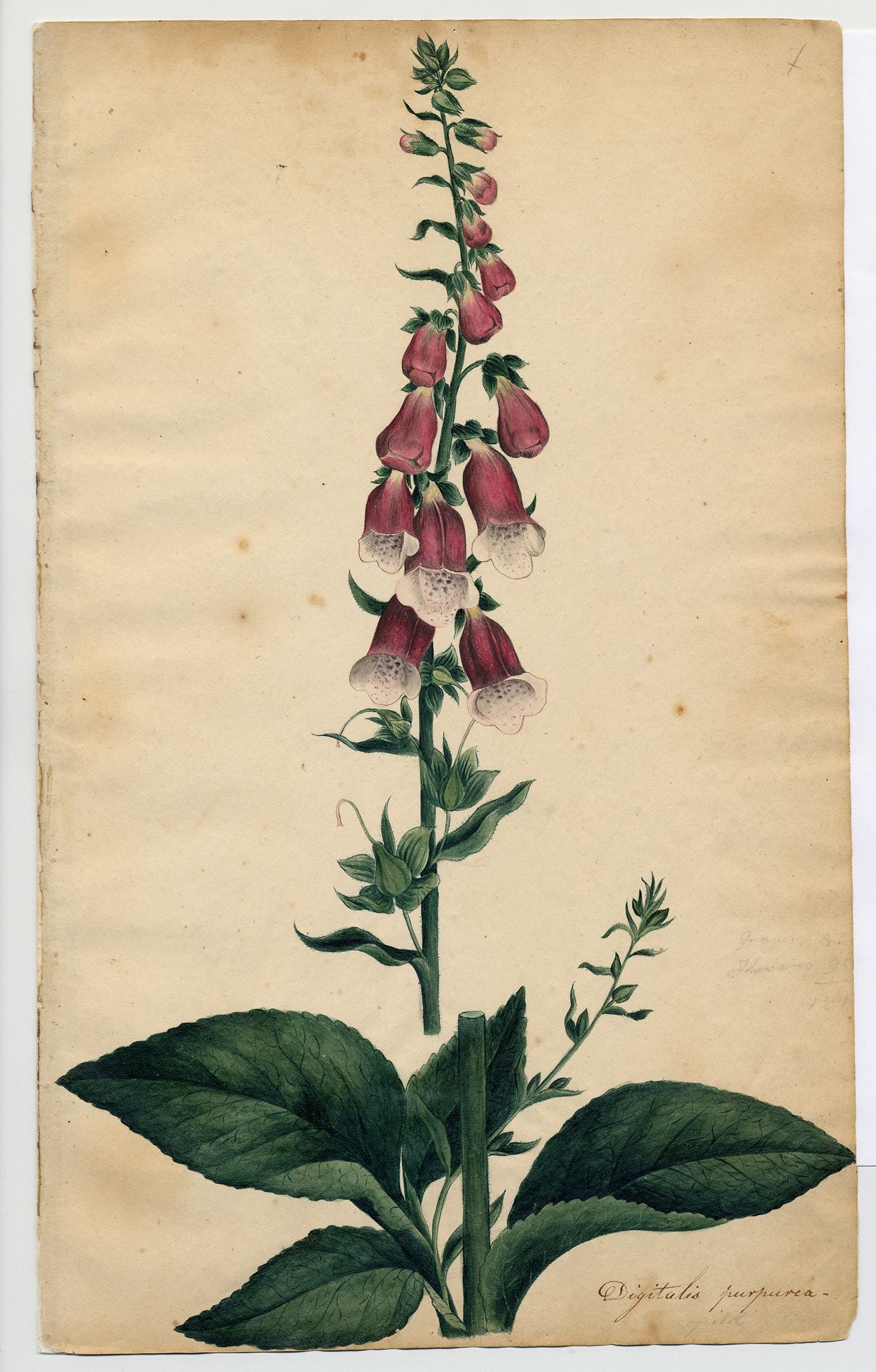 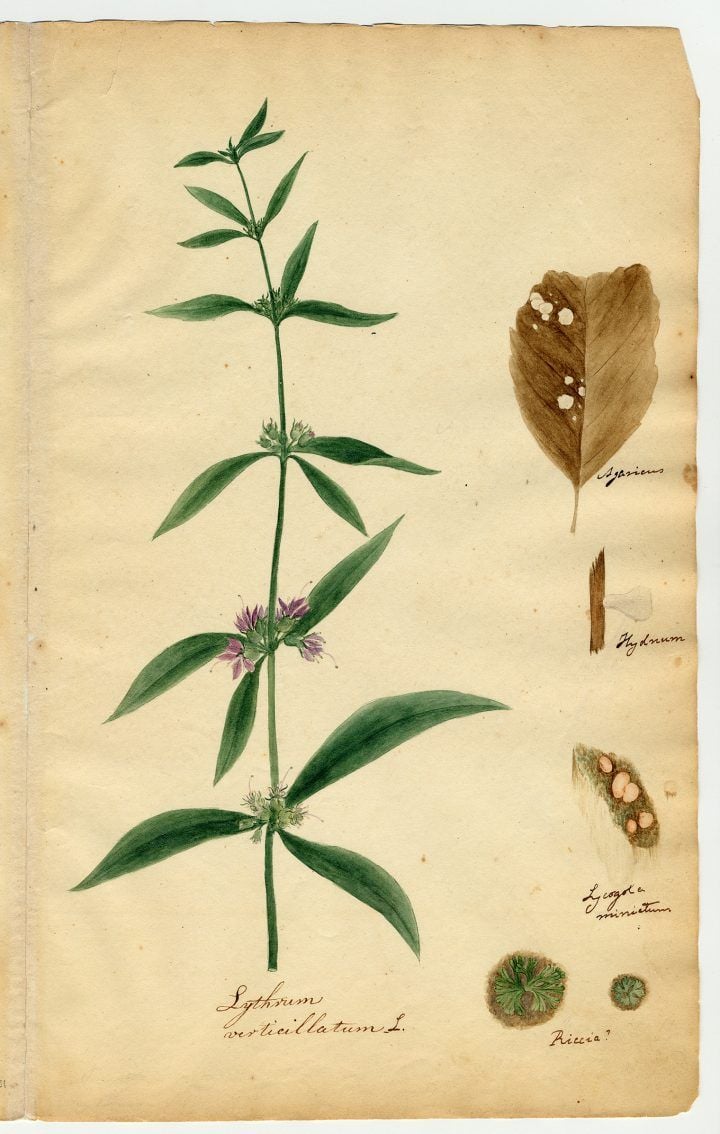