Marie-Volcy Pelletier, cellist, is a native of Paris. She received the Premier Prix in Cello and Chamber Music from the Conservatoire National de Région de Boulogne-Billancourt, France, where she studied with Michel Strauss. In addition to teaching at Deerfield Academy, she is also currently a Lecturer in Music at Smith College.

Ms. Pelletier was a member of the Lyon Symphony at the age of 21. Subsequently she won a Fulbright Scholarship to study with Bernard Greenhouse, cellist of the renowned Beaux Arts Trio, at the New England Conservatory. She has been the acting principal cellist of the Orquestra Ciutat de Barcelona in Spain. While living in London Ms. Pelletier frequently participated in concerts of the London Symphony Orchestra and was a member of the BBC Orchestra. She has been featured in chamber music concerts and given recitals on both sides of the Atlantic.

Pelletier was a founding member of the Concert Players String Trio in London, the Forster String Trio and the Kinor Quartet in New York City. She was also a member of the Laurentian String Quartet, which held a residency at Sarah Lawrence College in New York. She has performed at the Monadnock Music Festival in New Hampshire; the Light House Chamber Players in Cape Cod, Mass.; the Mohawk Trails Concerts; and the Manchester Music Festival in Vermont.

Ms. Pelletier may be heard on a CD of piano trios by Piston, Perera and Bernstein.

Recognized as a highly effective teacher, Pelletier is a Lecturer in Cello Performance at Smith College. She is currently a member of the Sage Chamber Music Society. 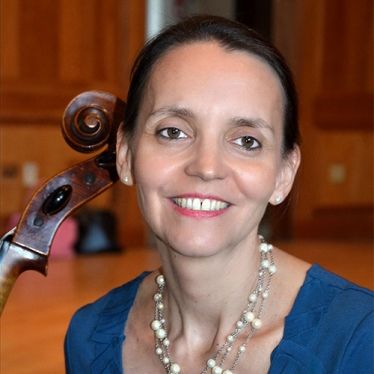