Onufrieff joins the DA community after a 20+ year coaching career. Most recently, she served as an assistant coach at the Baylor School in Chattanooga, TN, and with the Asheville Youth Rowing Association in Asheville, NC.  At Baylor, her girls’ varsity four raced to its highest-ever finish at the 2016 SRAA Championship.

Before coaching in high school, Onufrieff spent three years as assistant coach at Clemson University.  Her varsity 4+ won an ACC Championship in 2012.  Previous to that, she spent seven years as the head women’s rowing coach at Columbia University. During her time with the Lions, Columbia achieved its first ever team national ranking, finishing as high as 19th in 2010.

Prior to Columbia, she spent six years as the head women's rowing coach at Cornell. Her 2002 varsity eight earned a trip to the NCAA Championships, finished 14th and garnered Onufrieff CRCA Mid-Atlantic Region Coach of the Year honors.

Onufrieff spent the summers of 2001, 2006, 2007 and 2008 as an assistant coach with the United States National Rowing Team. She was in charge of the silver medal winning 4- in 2008 at the Senior World Rowing Championships in Linz, Austria and the Gold Medal winning Under 23 Women's 4X in Strathclyde, Scotland in 2007.

A native of Berkeley, CA, Onufrieff was a four-year letter winner from the University of Pennsylvania. She was a two-year rowing captain, and was twice selected for the Hope Barnes Memorial Award for Excellence in Rowing. She also twice earned selection to the Academic All-Ivy League Team. Onufrieff graduated from Penn in 1994 with a B.A. in biology. 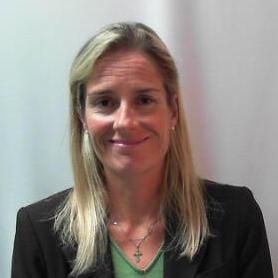