Karen Atherton is one of New England's most respected high school music educators.  She began her teaching career at Green Mountain Union High School (Chester VT) where she taught band and chorus for four years. In 1987 she began her position as Director of Bands and Arts Department Chair at Frontier Regional School in South Deerfield (MA) where she taught for 28 years, retiring in 2015. Under her direction, both the middle school concert band and the high school wind ensemble traveled to many festivals and received numerous awards.

Mrs. Atherton is the 2005 recipient of the prestigious Lowell Mason Award given by the National Association for Music Educators and the 2008 Harold Grinspoon Excellence in Teaching Award. She was awarded a Fulbright Teacher Exchange Placement in Lincolnshire England in 2006. She has served as Chairperson of the Massachusetts Music Educators Association Western District, All-State Concert Band manager, as well as Middle School and High School Jazz Band, Orchestra and Concert Band manager for her district. She hosted the junior Western District festival rehearsal weekend and served as secretary for the Quabbin Valley Music Educators for many years. She taught music appreciation at Springfield Technical Community College and was the conductor of the Smith College Wind Ensemble. Mrs. Atherton has been guest conductor for the Quabbin Valley Music Festival, Vermont District VI Junior and Senior High Concert Bands, Amherst Community Band and Orange Community Band. She served as the Tour Manager for the United States Youth Ensembles European Concert Tour from 1997 to 2009. She and her husband Tim performed throughout Australia with the Danbury Brass Band in August 2004. Gerry’s Music Shop recognized her commitment to teaching with their 2017 Wall of Fame Award.

She has served as Interim Director of the Westfield (MA) State University Wind Symphony and the University of Massachusetts at Amherst Symphony Band. She is currently an Adjunct Faculty member at Westfield State University where she teaches Instrumental Music Education, History of American Protest Music and Jazz History and is also the Director of the Shelburne Falls Military Band. She plays trumpet with the Pioneer Valley Symphony, Clarion Brass Quintet, as well as numerous free-lance engagements throughout New England. 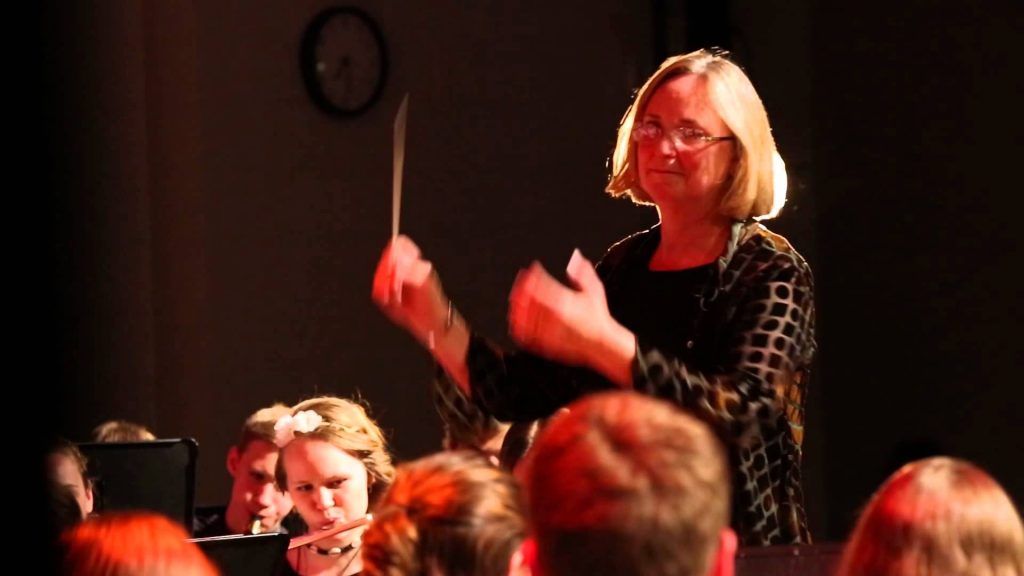