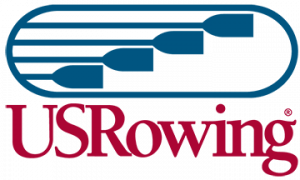 At the USRowing virtual Northeast Regional Qualifier during the week of May 15, two Deerfield crews earned bids to compete at the National Championship this Friday, June 12.

As the global COVID-19 pandemic forced classes to move online and led to the cancellation of spring seasons, the boys rowing team sought out ways to stay connected with each other and to continue their training.  Through a series of conversations between the athletes and coaches, the team decided to embark on a “virtual season” that would provide opportunities and guidance for independent training sessions during the week with a focus on building toward shared, team competition workouts each Saturday.  Forty team members along with eighteen alums and coaches all participated in the nine-week season, which culminated in a final “race day” on May 23 – the same day the team would have participated at the NEIRA Championships.

John Patton ’23 shared that while “finding motivation was probably the hardest part of this virtual season, a few things inspired me however to keep pushing. One of them was that I wanted to stay in shape. Also, doing this virtual season with teammates helped because I had someone to talk with about the training.”

Oscar Patton ’23 recognized “that teammates are extremely important to motivation and training alone is much harder than doing it with a team.”  But, with those challenges came great opportunities for growth, especially when it comes to developing the mental toughness to compete at the highest level.

During this stretch, USRowing, the sport’s national governing body, announced they would be hosting a Virtual National Championship event to provide a chance for rowers from all across the country to compete against each other.  In a similar format to past National Championship events, athletes would form “boats” and enter into different age and boat class events.  During the week leading up to May 15, these “boats” would compete in one of seven regional qualifying events by rowing 2000 meters on an indoor rowing machine (ergometer) and submitting their time.  The average time for the “boat” would then be compared to other “boats” in each event to determine the final order.  Crews who placed highly enough would qualify to compete at the National Championships in June.

When word of this opportunity was released by USRowing, several members of the team immediately expressed interest and worked closely with coaches to adjust their training to prepare for a 2000-meter race piece at the Virtual Northeast Youth Regional Championships in mid-May.  Oscar Patton ’23 leapt at the chance because he “missed competition and thought it was a great opportunity to get better and have some form a season.”

In the lead up to Northeast Regionals, the Deerfield athletes trained hard, prepared well, and posted strong scores.  When the results were released, the Mens U17 2x/2- entry of John Patton ’23 and Oscar Patton ’23 had finished atop the podium, with a boat average that was 14 seconds ahead of the second-place finishers from Iona Prep.  In the Mens Youth 4+/4X/4- (Weight Adjusted) event, the crew of Skye Bacon ’20, Tommy Gilmore ’20 (co-captain), Hayden McGuinness ’20, and Jimmy Patton ’20 (co-captain) narrowly missed earning the gold, finishing second, just 1.15 seconds behind a strong group from the Connecticut club program, GMS Rowing.

For some of the athletes, this 2000-meter piece was something they’d done many times in the past, but for others, it was their first opportunity to race over such a distance.  This was the case for John Patton ’23 and he learned a lot about himself during that effort.

These regional results qualified both crews for a chance to race at the Virtual National Championships, which will take place in the week leading up to Friday, June 12.  This group of athletes has continued to train and prepare for their next 2000-meter erg piece, where they will aim to produce their best times of the year.  The chance to compete against some of the top rowers from across the country has proven to be a great motivator and while this type of competition cannot replace the chance to race on the water, side by side with your competition, the Deerfield boys are embracing any opportunity to compete!

Good luck to the Deerfield rowers competing this week! We are cheering you on!